Keep the Wild in Your Heart Not Your Home

Thank you to HDMG for the creation of the PSA’s.

WHY IS A NO MORE WILD PETS CAMPAIGN IMPORTANT?

We can make a huge impact on improving life for millions of animals in our country by simply educating the public about the importance of choosing appropriate pets.  Because there’s little regulation, exotic ownership has turned into a multi-billion dollar industry.

When a baby tiger cub can be purchased for less than the cost of a purebred dog, we have a serious problem on our hands.  At first cute and cuddly, they soon grow into dangerous carnivores that are, all too often, destined to life in a backyard cage under deplorable conditions.  Unlike domestic pets, there are few rehoming options for unwanted exotics. There can never be enough sanctuaries to take in all these unwanted animals.

WHY ARE WILD PETS SO AVAILABLE?

HOW WILL THE NO MORE WILD PETS PROGRAM AFFECT DOMESTIC PET OVERPOPULATION? 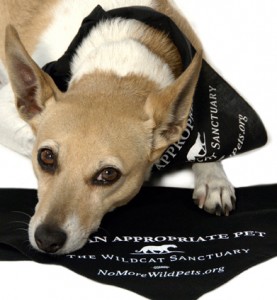 Animal welfare programs have made huge strides in reducing the number of unwanted animals killed in shelters each year. But, the numbers are still staggering. With approximately 5-7 million companion animals entering animal shelters nationwide every year, 3-4 million still end up being euthanized (60% of dogs and 70% of cats).  With so many wonderful domestic animals in desperate need of homes, there is simply no excuse for purchasing or breeding dangerous exotics as pets.

WHAT HAPPENS WHEN A WILD ANIMAL IS FORCED TO BE A PET?

TWS arrived at a rural farm to pick up Liberty, a cougar being surrendered by her owner. What they found was astonishing – this cougar was no larger than a lynx! She was emaciated and dehydrated. No one could believe how small she was. The owner explained that Liberty had only gotten milk her first year of life. Liberty had fractured both of her back legs, which had gone untreated. Liberty couldn’t extend her back legs fully, and she suffered from a severe curvature of the spine and pelvis. The tops of her ears were dangling by a small amount of flesh and were about to fall off. She had urine burns on both sides of her tail.  It’s hard to imagine that an owner would let an animal suffer like this, but it’s all too common.

The owner said Liberty wasn’t eating or drinking very well either.  This was hard to believe since Liberty ate 4 times the first night she arrived at the Sanctuary and 8 additional meals the next day. She continues to love her food – in fact, she is the first to cry out in excitement when she hears the keepers at mealtime — and has put on weight each day now that she’s receiving proper care. Liberty weighed only 45 lbs. when she was rescued. That’s what a 6 month old cougar should weigh, yet she was 6 years old. The initial fecal exam showed Liberty also had round worms and coccidia, a type of bacterial infection.  Good veterinary care is often a luxury for exotic pets since it’s so expensive and hard to find. Sadly, in the long run, the animals end up paying the ultimate price.

Baby Jenga, a bobcat, came to The Wildcat Sanctuary when he was just 6 weeks old. An indi

vidual in Iowa had purchased him from the internet as a household pet, but found out it was illegal in the Des Moines area and surrendered him. Soon after Baby Jenga arrived, it was obvious that something was wrong. His motor skills were impaired and he wouldn’t eat on his own. After several visits to the vet, it was determined Baby Jenga had brain damage and was touch-and-go for quite some time. It was assumed he was probably dropped during the shipping process from Montana to Iowa when he was just weeks old. But, after receiving many other surrendered bobcats and lynx purchased from the same breeder in Montana, it became clear that many had similar neurological issues. Unfortunately, the breeder is still selling wildcats via the internet.

You can download the No More Wild Pets brochure here.

See how Kids Can Help. 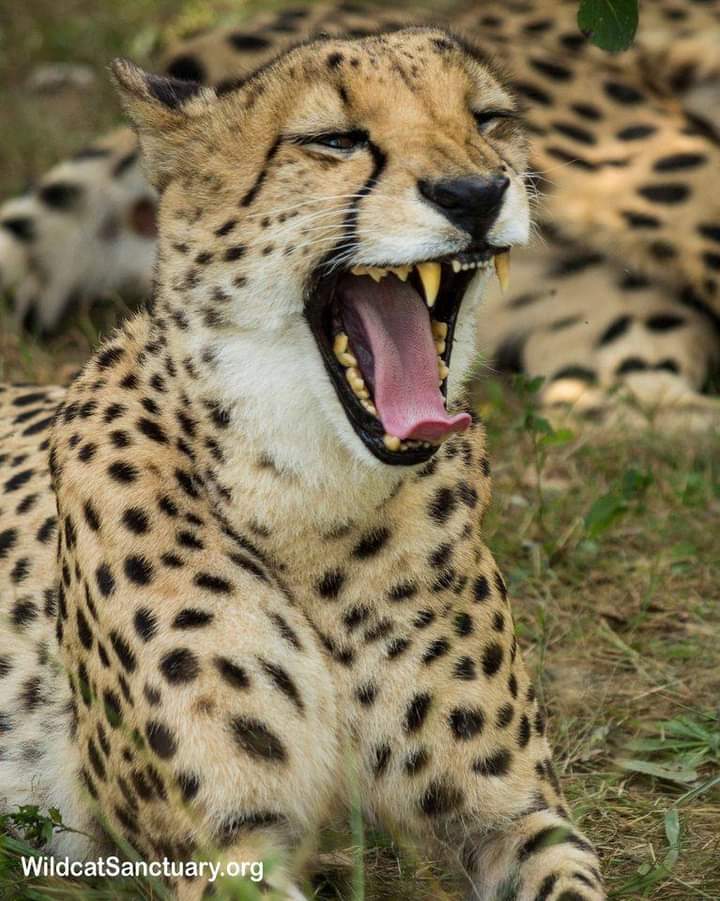