What this BLIND bengal cat can do is simply amazing! 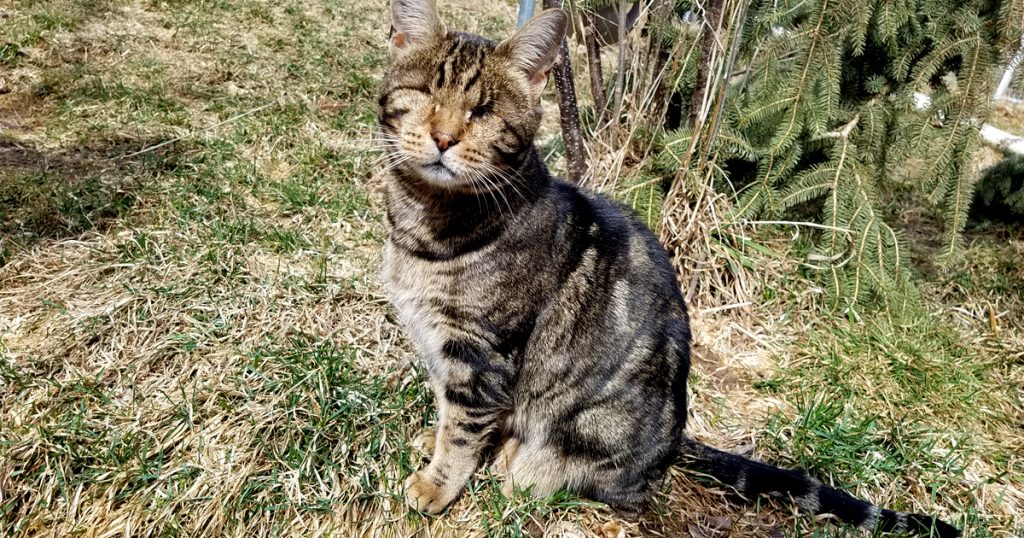 As far as phone calls go, this one didn’t seem all that strange. Another rescue group had been contacted by a private owner. He was having trouble with his Bengal cat not using the litter box consistently. We get these calls all the time since it’s such a common complaint about hybrid wild cats.

He wanted to surrender her. And one more thing. There seemed to be a problem with her eyesight, too. Our director drove to pick up the cat, agreeing to take her in. On the way, she called the sanctuary’s vet to give a heads up that this cat might have some eye issues we’d have to address.

What she found when she arrived was rather shocking. This cat didn’t have poor eyesight. This cat had no eyes! 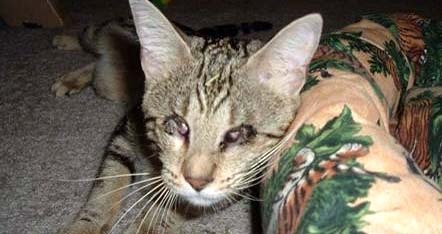 Life at the sanctuary begins

From the minute Ciega arrived at The Wildcat Sanctuary, she showed what a force she’d be. When her crate was opened, she began mapping her new world. She’d venture out a set distance, and return to her crate. Then, she’d go a bit farther and return. She did this over and over again, learning her way around so quickly.

It turns out, Ciega was born with a birth defect known as microphthalmia. In this condition, one or both eyeballs are abnormally small. In some affected individuals like Ciega, the eyeball is so small it could not be seen. However, even in these cases some remaining eye tissue is generally present.

Ciega had surgery to close the open sockets where her eyes should have been. This eased the discomfort she experienced from having weeping eye sockets and lessened the chance for bacterial infections. Being the trooper she is, Ciega recovered well from her surgery. 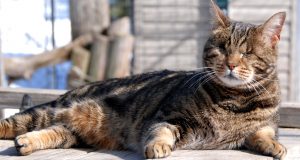 Today, at 13, Ciega continues to astound anyone who sees her. Watching her play, it’s hard to remember this cat has no eyes! You’ll find her on the highest perch in her bungalow, jumping up to nap on high platforms in her outside habitat, playing on top of caves, interacting with her other bungalow mates – just about anything a sighted cat would be doing. 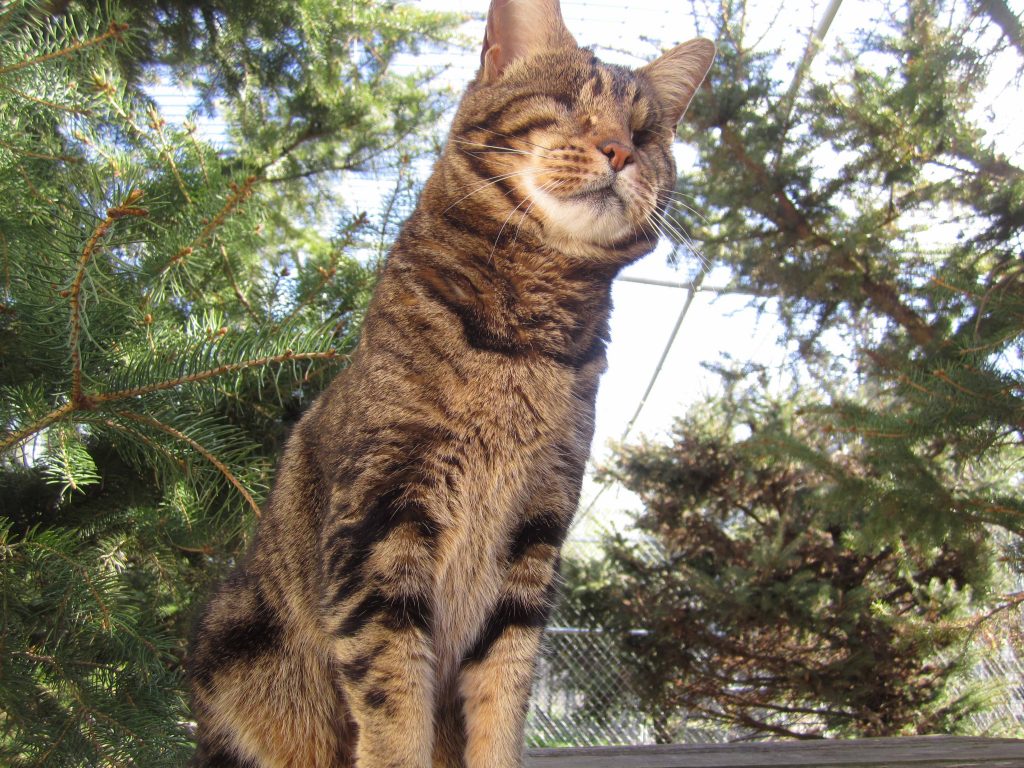 Ciega may mean blind in Spanish, but don’t tell her that. She won’t know what you’re talking about!

Ciega’s story is one of hundreds of miracles happening at The Wildcat Sanctuary, thanks to compassionate donations from supporters. During the sanctuary’s MIRACLE MATCH campaign through April 30th, donations are being instantly doubled (up to $72,000). As a non-profit, donations are vital to continuing this life-saving work.

There are so many miracles, like Ciega’s, yet to unfold.  You can watch a video showing all the amazing things Ciega can do here: