Cub Petting – the sad reality behind this industry

Cub petting is the practice of using baby animals, like tigers, as photo props for paying customers. These operations are deceptive because they prey on people’s affection toward baby animals, and exploit the desire to hold or care for them. This masks a secretive dark side, inherently dependent on animal cruelty for its very existence.

Who Are the Real Victims

Some cub petting operations engage in “speed breeding” – the practice of removing baby cubs from their mothers days, or even hours, after they are born. In the wild, a female tiger will stay with her cubs and care for them for as long as 2 years. This means that even the most successful wild mothers only produce a litter once every 3 years.

In contrast, when cubs are removed from their captive mother, she can be quickly bred again. She can produce litters as often as three times in one year! The strains of frequent breeding can compromise the health of the mother.

Removed from their mother as infants, they’re fed from a bottle and passed from stranger to stranger. This often goes on for hours at a time with no rest. This can lead to dehydration and psychological stress. It can also lead to illness, as their immature immune systems are not equipped to cope with diseases they may be exposed to, such as Canine Distemper Virus (CDV) domestic dogs can carry. CDV is known to be lethal for big cats. 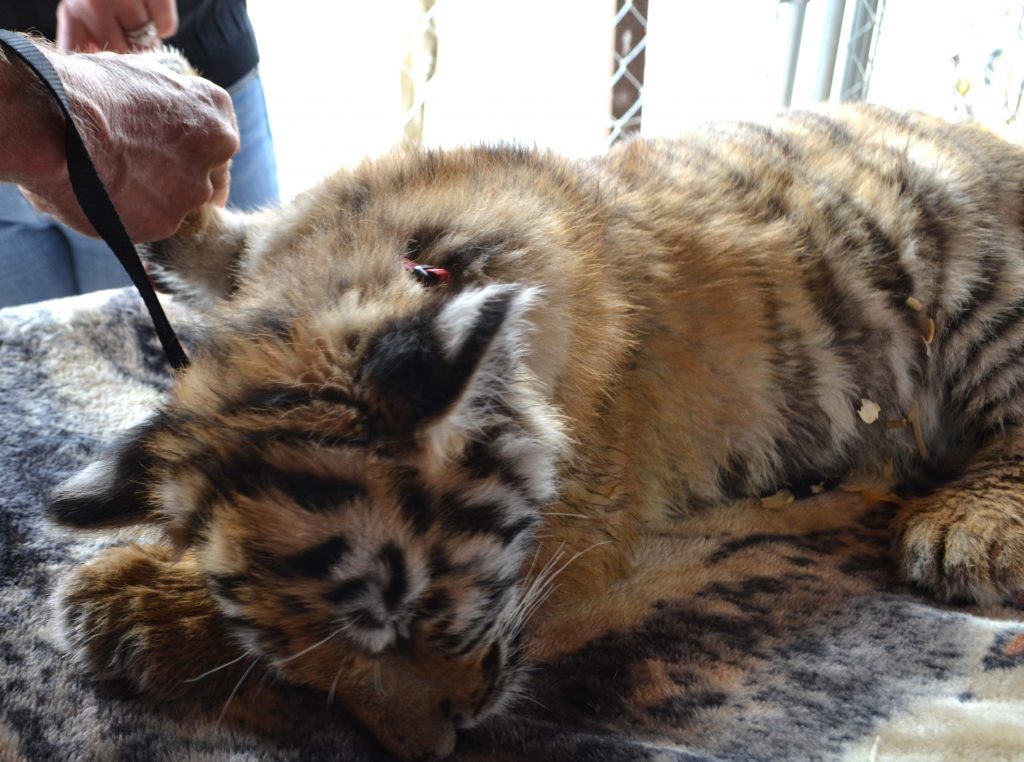 Bottle feedings can lead to malnutrition if an inadequate formula is used, or if the kittens and cubs aren’t switched to a solid diet at an appropriate age. Transition to a solid diet may be delayed in an effort to prolong the amount of time the cubs can be used to generate profit. The resulting malnutrition often results in metabolic bone disease (MBD), a condition in which bones become weak and easily break because of insufficient calcium in the diet.

Pay-to-play operations may tell you that by paying to pet, hold or feed the babies, you’re helping conservation. They often say their breeding efforts are helping save endangered species. 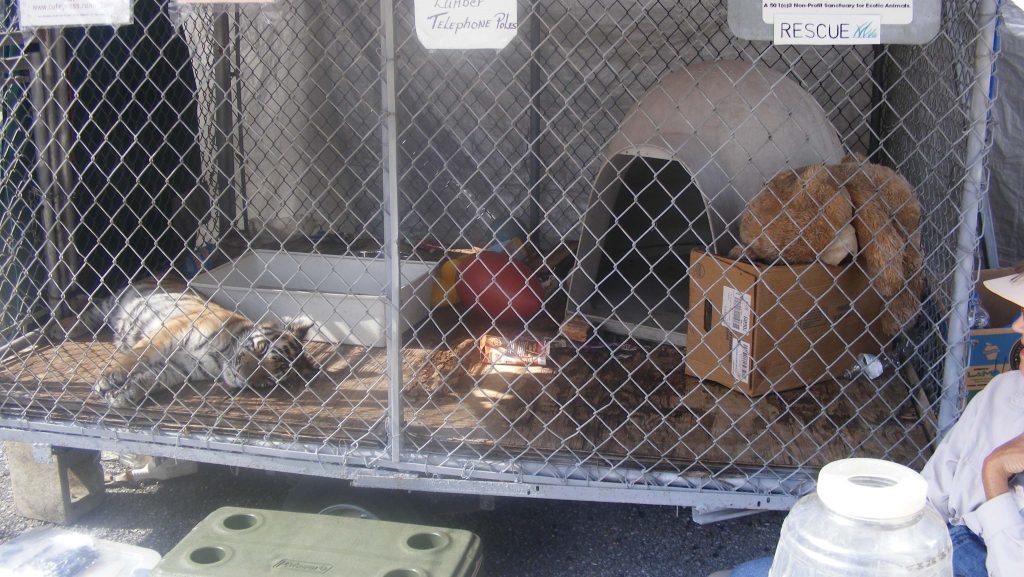 The truth is the vast majority of tigers in roadside zoos in the United States are hybrids. That is, they’re a cross between different subspecies of tigers (for example, Bengal tiger crossed with Malayan tiger). Even if there was a place to release them into the wild, these animals can’t be released because they never existed in the wild in the first place.

Unfortunately, cub petting is not illegal in the U.S. IFAW is working with a coalition of organizations to encourage the USDA to close the loophole that allows the public to handle big cats between the ages of 8 and 12 weeks (currently the only age at which it’s legal for them to be handled).

IFAW is also working on a single nationwide policy that will protect big cats, making it illegal for individuals to own or breed them.

The best way to end this abusive practice is to educate others. So few in the general public understand why playing with a cute, cuddly cub can result in such a tragic outcome for the cub and his/her parents. We hope you’ll help by passing this information along.