In the heart of a rescue at The Wildcat Sanctuary 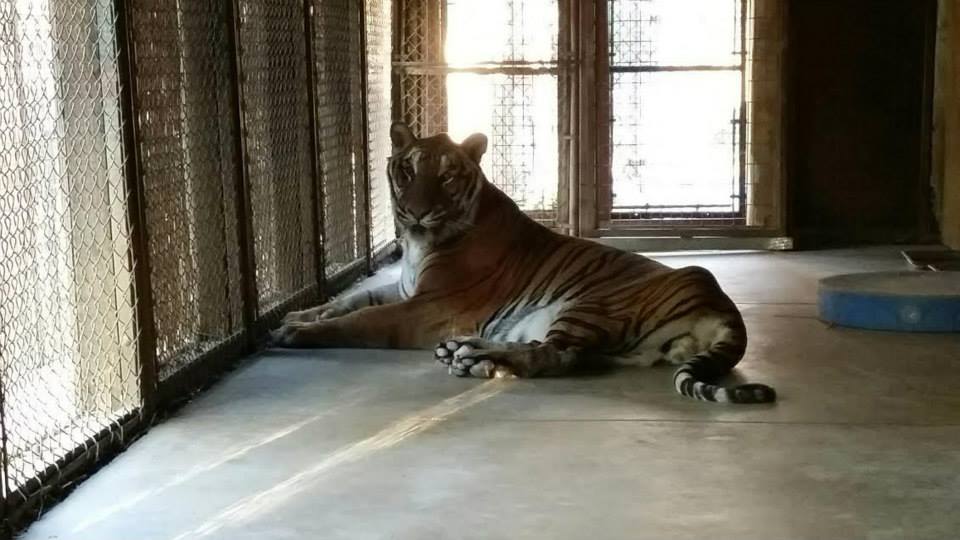 A life on display

I received a call from a caretaker of a small event center in California.  She explained

that servals, caracals, a lynx and tigers were on display at a mansion.  The mansion was used for weddings, events, retreats, tours and even yoga classes.  The cats were all 4-paw declawed, in very small enclosures and one of the tiger enclosures was not compliant with the state regulations and the tiger needed a new home.  His name was Tonka.  She called several sanctuaries and all of us said the same thing – we can’t help the owner dump an animal at our expense while he continues exploiting others.

We received this call in the midst of acting as placement coordinator for 11 big cats and bears that needed homes from Alabama.  The Alabama cats needed immediate placement and many needed medical attention, so they had to take precedent.  After several months, conference calls and coordination, thankfully all 11 animals found safety at reputable sanctuaries.

I then received another call on Tonka and now the state agency gave 60 days to find him a new home.  We knew absorbing one tiger would be doable, but was it ethical if all the other cats remained with the exhibitor?  So, instead of taking the easy route and agreeing to just take one cat in, we did what was right.  We offered Tonka a home ONLY if the exhibitor would release all seven cats to TWS.  It would be a huge undertaking, but we had to do it.  It was the right thing to do.

First, we heard all the cats were coming which meant we’d have to make accommodations for 7 new cats.  The next week, we were informed that the owner would release all but his prized possession white tiger.  Now, we had another decision to make.  We were willing to scramble, build and do what was necessary to save them all and end a cycle, but now that wasn’t happening.  Do we help who we can and take on the hardship while this exhibitor still keeps a white tiger to show off?

We worked with International Fund for Animal Welfare (IFAW) and other sanctuaries and a second sanctuary came forward agreeing to take some of the cats as well.  We both agreed helping all but one was better than helping none.  Then again, a few days before transport, the owner declined to place two more cats at the other sanctuary.  We had to revisit our decision again.  By now, we felt w

e knew the animals personally.  The former caretakers had sent their files, photos and spent several hours on the phone sharing stories and pleading for our help.  We knew Tonka had no alternative if we didn’t say yes.  It wasn’t a national case with exposure, he wasn’t starving or being abused, yet he still needed a home and his fate was unknown.  So we agreed to take in Tonka and two caracals named Nigel and Ivan and the other sanctuary accommodated the lynx. We agreed to return in the spring to take in the two servals and hoped the owner could be convinced to relinquish his one remaining white tiger.

After months, the cats were finally scheduled to arrive and call TWS home.  We were busy preparing areas, building new ones to give them the best life possible, as well as protect them from the Minnesota winters in their heated indoor rooms.  We were looking forward to a happy ending after all this time.

The cats arrived at 5 am in the morning.  It had been a long trip for the cats, as well

as the other sanctuary who transported them all.  When we unloaded Tonka from the van, I asked the driver how big was Tonka’s old enclosure?  They responded, “About as big as this van.” To see Tonka step out of the crate and into his free-roaming habitat confirmed we had done the right thing.

Tonka arrived severely atrophied in his back end from not having a large enough space to exercise.  He was put on a mobility program to help strengthen his back end and it was wonderful to see him climb up on his hammock the first time.  He is a playful boy and definitely the largest tiger at the Sanctuary.

Sadly, Ivan the caracal was weak, uncoordinated and could not walk when he arrived.  His records noted a neurological episode in 2012.  Even with around the clock supportive care, Ivan was too weak to continue on.  He gave up his fight within 36 hours of arriving at TWS.  Ivan is a part of TWS forever, even though he was only here a few days. His brother Nigel was by his side until the end. Nigel also continues to have neurological symptoms. So far we have been able to control the episodes with supportive care.

Our hearts broke. We cried tears for a cat we felt had been a part of our family forever.  Rescues weren’t supposed to end this way.

Times like these, remind us how special each cat is, that we never forget where they came from or what they have been through and how important our mission truly is.

Two cubs will grow up at The Wildcat Sanctuary

Shortly after Tonka, Nigel and Ivan arrived, we received a call from an exhibiting facility that needed to place two adolescent white tiger cubs.  They explained that the tigers had been bred at their facility, but with staff changeover, they had decided to no longer breed tigers.  This was a big deal to have a facility no longer breed tigers that would end up as surplus.  Of course, we agreed to help as long as they would sign a contract stating they would not breed their remaining adult tigers and, if they had to be placed, they would be placed at an accredited sanctuary or zoo.

I was inspired by the facility and staff who were now putting the animals first and really trying to make the right decisions.  They could have made a hefty profit by selling white tigers and cubs to the highest bidder, but they didn’t. They even set up veterinarian appointments to sterilize the tigers prior to placement.

Then it all came crashing down.  The zoo staff was informed that they didn’t legally own three of the five adult tigers.  It turned out, the parents were actually on a breeding loan from a zoo and the facility did not have the legal right to spay/neuter or place the tigers.  This was devastating to all involved, but an all too common practice in zoos around the country.  The originating zoo that owned the trio decided they wanted to rehome the adult white tigers to another zoo that would breed them.  And worse yet, they said they did not want the third adult tiger who was orange and decided to split up the trio that had always lived together.

If we could find an immediate home for the trio together, we asked if the facility could convince the originating zoo to rehome them to a sanctuary?  In other words, give the zoo an ultimatum – pick up the tigers now or they can legally be placed at a Sanctuary?  At least this would still give us a chance to place these white tigers and stop the cycle of breeding.

As I write this, we are still in the middle of these negotiations.  But, what was to become of the cubs that could indeed be removed from the breeding pool – if we acted now and agreed to take them in?  We decided to make the commitment to them and they were neutered before they even arrived.  At least we know no other white tigers will be bred by these two, only to be exploited.  And, we will continue to fight as hard as we possibly can to save their parents, too.

There are so many ethical decisions, legal hurdles, and emotional ups and downs

that go into each rescue.  But once each cat comes through our Sanctuary gates, we know we made the right choice. We can’t help but think of the saying, “Saving the life of one animal may not change the world, but the world will surely change for that one animal.”  We see it every day, as I look at Tonka playing in his first big pile of snow.  The decisions are hard. But, seeing the difference it makes for a cat like Tonka who had no other chance, or for the tiger cubs who climbed their first tree today, we know we’re making the right choices for them.  And it’s always about them.