My life in captivity – through the eyes of Nikita, the tigress 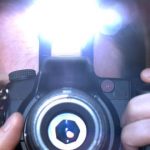 I was born into a sea of light. What a strange world, one that would light up with camera flashes whenever I was around. They’d take pictures of me, they’d take pictures with me. These humans seemed to think I was something strange. Was I? Is that why my mother wasn’t with me?

The first year of my life, I was so tired. All I wanted to do was sleep like a baby. But, my owner dragged me out whenever people came to visit. It seemed everyone wanted a picture with me. I must have been special since my white fur was definitely very different than the orange fur on the tigers I saw in cages around me.

I grew bigger and bigger by the day. I got so big that my owner would chain me down to a wooden box so people would still be able to take my picture. I hated this. But life was about to get so much worse.

I grew quickly. As a full grown tiger, I guess I wasn’t so cute anymore because my owner stopped taking me out for pictures. Life became unbearable. He put me in a tiny 10×10 cage with another male tiger. We were starving. Whenever our owner would throw food into our cage, we’d fight for it. Thank goodness, I was strong enough to survive and fight for my share. But, I always looked over my shoulder, wondering when this big male tiger would kill me.

Our cage was filthy. We walked around on cement floors that were covered in our feces and had to drink from water that was never fresh. The fur on my face would turn green as I drank through the algae. For almost 7 years, this was my life. 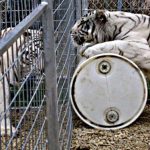 And then, one day, it suddenly changed. Our cages were surrounded by so many people with trucks, cars, transport cages, and the flash of cameras was back again. I didn’t see my owner anywhere, though I heard people saying he died. They quickly loaded me and some of the other animals up. Where were we going? Would it be worse?

Miles and miles later, I stepped out of the transport carrier into my new home. The cage they had prepared for me was a little bit bigger and I would be living by myself, not having to fight for my food. They even gave me some toys, but there wasn’t much room for me here in their backyard either. Times were hard for them, though they tried their best. I could tell they wanted good things for me, trying to make up for all I had been through.

So, they called a place they heard about, called The Wildcat Sanctuary, where tigers run free in huge habitats, with pools to splash in, warm buildings to snuggle in, hammocks to soak up the sun in, and perches to climb on. It sounds like heaven to me and they agreed that I can come live there, too.

Everyone seems to be doing everything they can to make this happen quickly for me. They say it’s expensive to move a tiger as big as me. Building an enormous habitat with all the things I need takes money. But, this time, I won’t have to do anything to raise that money. I won’t have to pose for pictures. I won’t have to be carted around to perform. I won’t have to have baby tiger cubs to be sold. I won’t even have to worry about people wanting to come by to see me.

There are special people out there who are helping make this dream come true for me. I’ve never met them, but they somehow know my story and are helping as best they can. My forever home is waiting and finally – after all these years – I will be able to choose a path to roam, a place to lie down, a chance to be wild at heart. I can hardly wait! 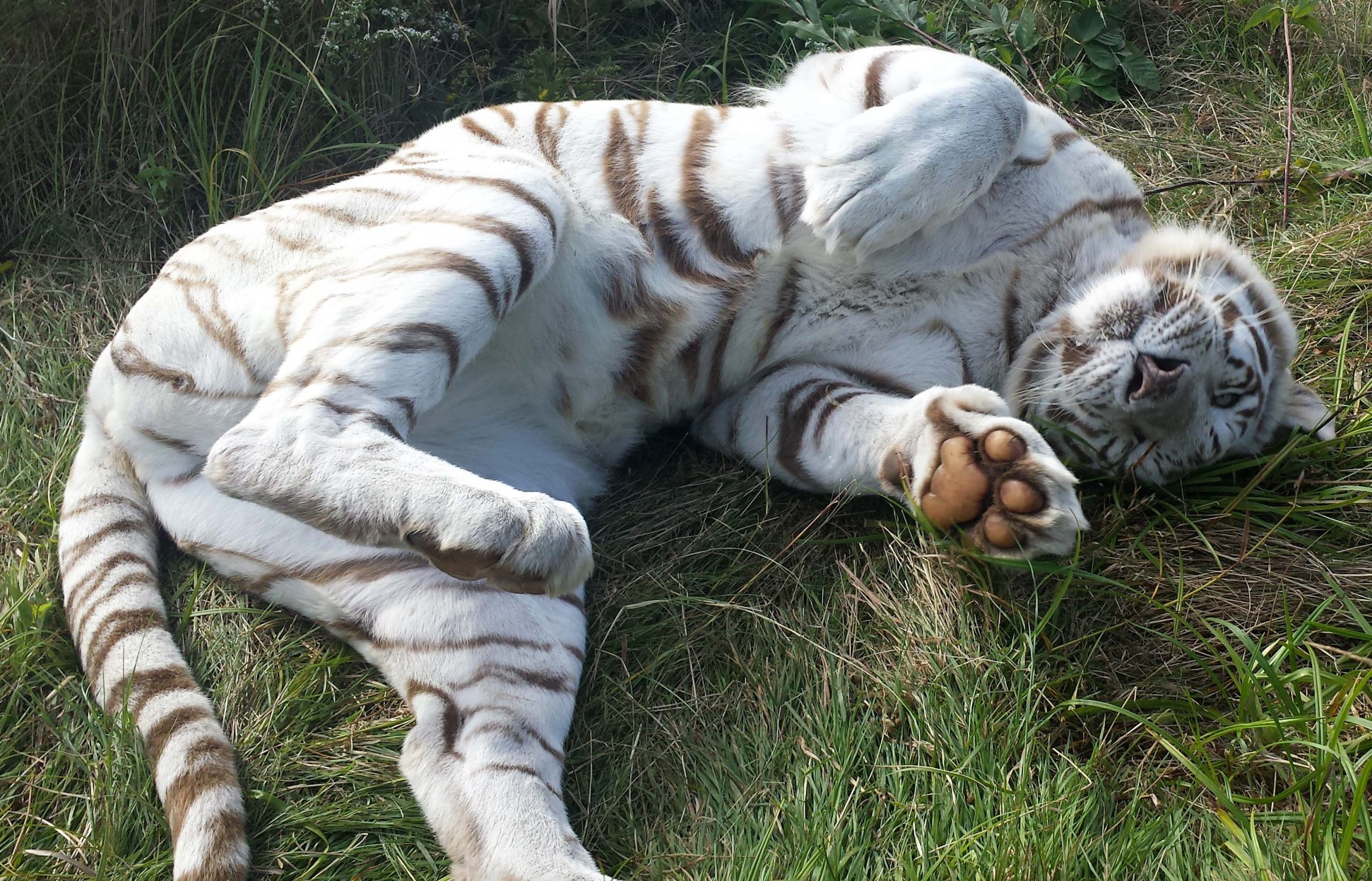