Residents In Memory Andre – In Memory 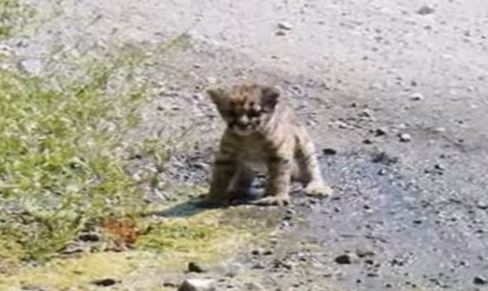 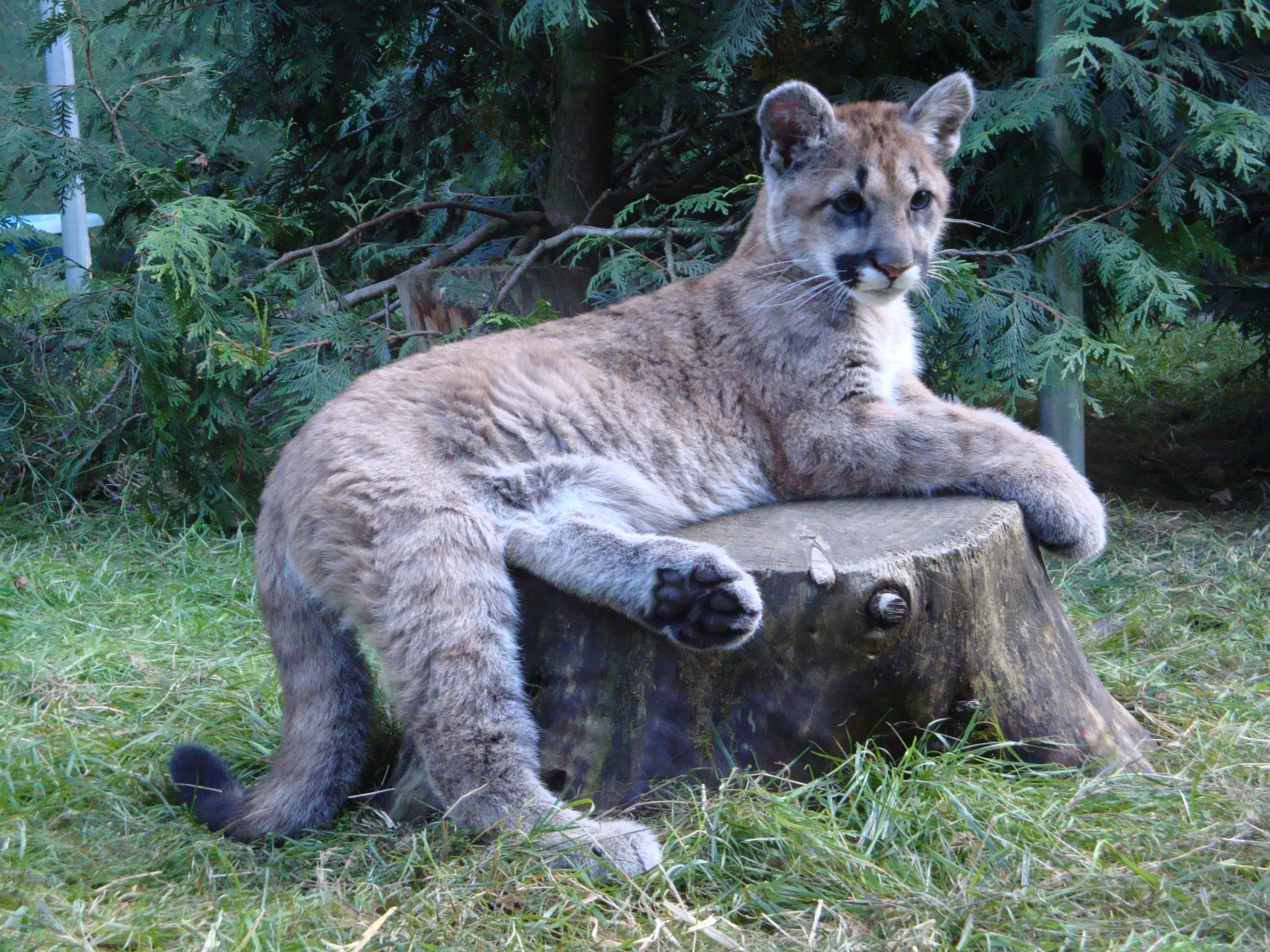 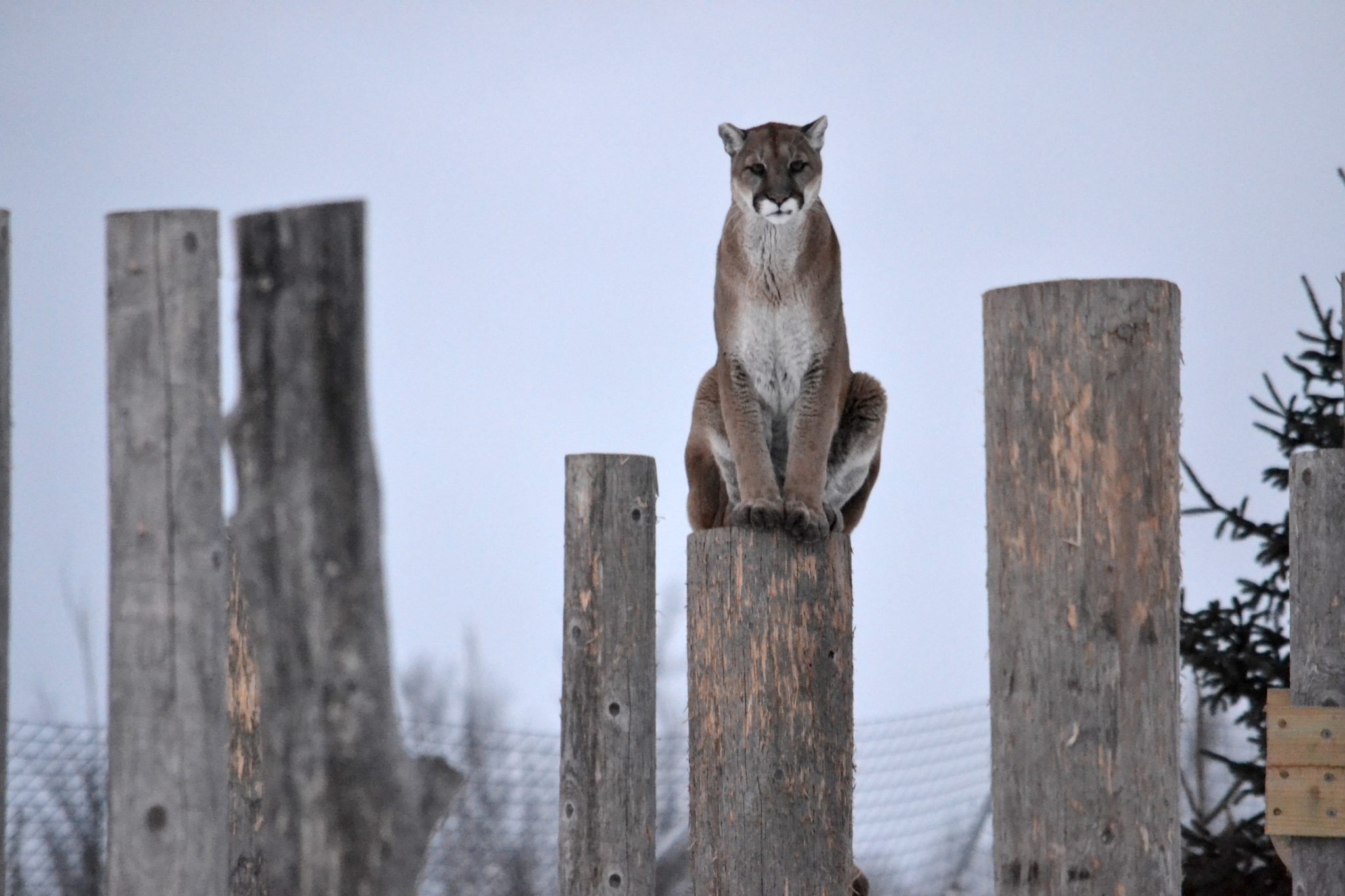 Andre is a male cougar who arrived at the sanctuary in 2009 when he was just 5 months old. He’d been found alone on a service road in British Columbia when he was approximately 5 weeks old. Emaciated and dehydrated, he was taken for veterinary care and placed with a local rehab facility.

Since they do not release cougars back into the wild there, they reached out to The Wildcat Sanctuary for placement. We were happy to accept this little orphan as a new resident.

From the day he arrived, Andre was one of the happiest cubs. He turned everything he saw into a toy or jungle gym. He chirped at caretakers constantly, wanting to be the center of attention. At that time, we’d also taken in other orphaned cougar cubs. Andre was very interested in them, but had to wait for them to grow up a bit so it might be safe to merge them into their own family.

Andre had been diagnosed with Metabolic Bone Disease and had fractures in both front legs. His fractures healed well and he received ongoing treatment for the disease.

Andre’s story is helping teach people in Canada how to co-exist with wild cougars.  He’s even featured in a brochure.

Andre As An Adult

We were able to successfully merge Andre with four other wild-born, orphaned cougar cubs. They’re affectionately called “The 5 Wild” by everyone here. Though we’re saddened they couldn’t experience life as nature intended, wild and free, we’re thankful we’ve been able to provide this second chance for them to live wild at heart.

Andre is the dominant one of the group. He’s easy for everyone to pick out since he lost a canine tooth at an early age, giving him his characteristic “Elvis lip” look. He loves climbing and jumping up on the tall poles in his habitat. He’s quite skilled at that!

Thank you for considering becoming Andre’s sponsor parent or even giving a one time donation toward his care.  It makes such a difference for him!

I’ve been stalling writing this.  I couldn’t even bear thinking about it. But that doesn’t change the fact that 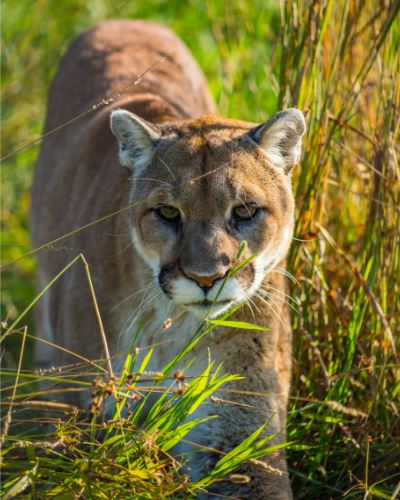 Losses hurt. But the ones that catch you off guard can tear you to pieces.  I’m just coming to terms with no longer seeing his snaggle tooth smile at the fence corner each day, sneaking behind a blade of grass or water bucket.

Andre has had a history of eating things he shouldn’t. From surviving a bowel obstruction surgery several years ago, he continued to eat sticks and branches and get them lodged in the roof of his mouth causing a massive infection.

Over the last several months, he ate more sticks and got them lodged again.  The caretakers devised a plan to help get it loose during feeding time.  It worked several times.  But most recently, nothing worked.

So we scheduled a vet day to sedate and remove it.  The vet day was successful, and we even removed two teeth to prevent a stick from getting stuck again.

But what we didn’t know at the time, he also had a perforation in his lower stomach that proved to be fatal.

All we know is that, sadly, we need to move on without our Andre. After being orphaned in Canada,

Andre arrived at TWS as a cub.  He was named after the agent who helped save him.  At the rehab center, Andre had been diagnosed with metabolic bone disease and had hairline fractures throughout his body. 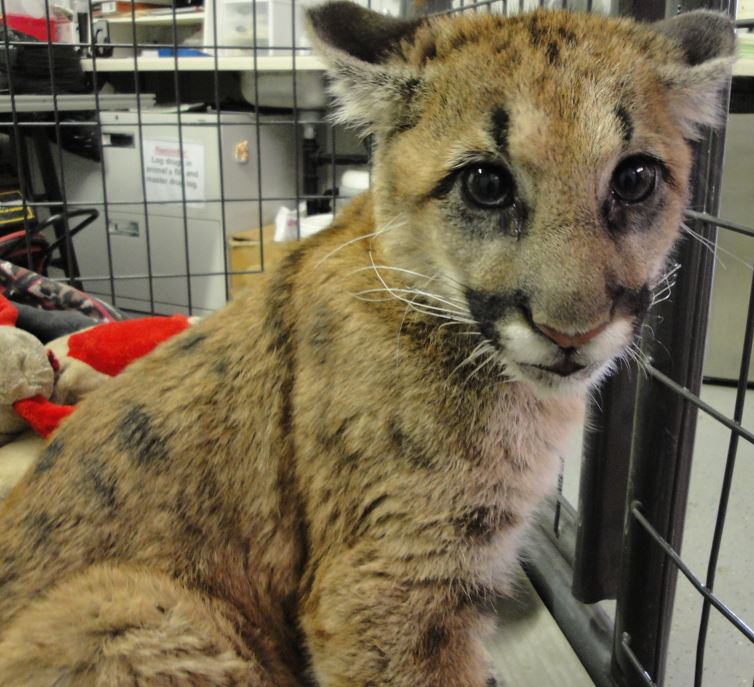 I remember the day Andre arrived. His high pitched chirp carried throughout the entire hospital.  He never wanted to be alone and was dependent on us humans.

His coat was spotted, as cougar cubs’ coats are, and he always had dark fur under his eyes. None of the other cougars had that.

It took a lot of loving care to help Andre heal from his disease.  It was so special watching him develop into an adult and become the leader of the pack, the “5-Wild” cougar family.

Even though Andre had a signature Elvis snarl, he was never an imposter. He was true to himself, 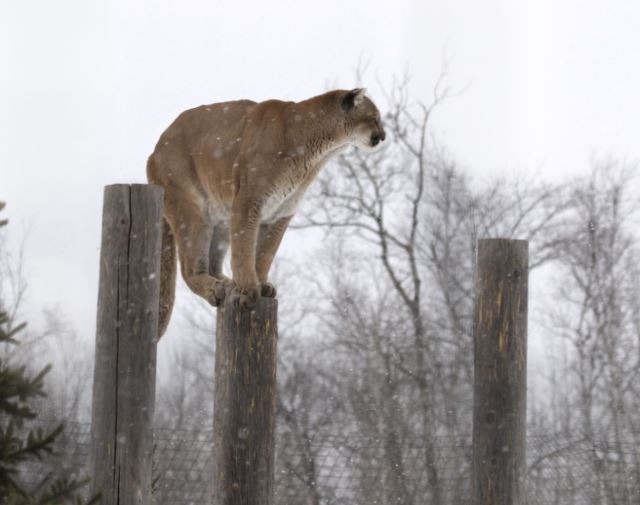 confident in being a cougar and made Carlo, Noah, Donoma and Langley feel secure.

He was the first to scale the telephone poles as we were building their 3-tier perch.  What a surprise to find him balancing from top to top of pole before the platforms were installed! 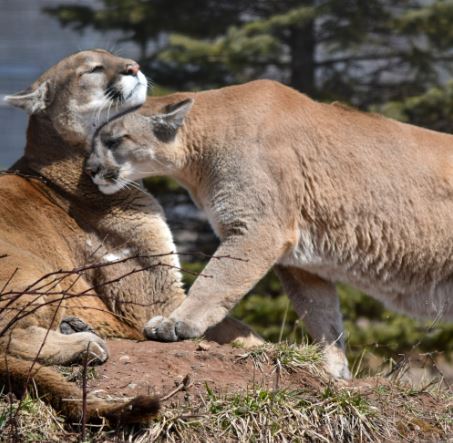 Andre was always the first to eat, the one each cat followed and respected.

They would chatter, chirp and headbutt him with affection and he would let out an annoying growl.  Yet he was never aggressive towards them.

To see Andre as that little fragile, scared cub turn into the confident, dominant cougar he became is what we’d hoped for.  We helped support him, but the transformation was all his.

And he also ensured that he instilled confidence in the others. They will blossom as their own family of 3, that used to be 5.

Andre, we will miss your grumpy look but sweet and confident soul.  Thank you for reminding us that even hand-reared cougars are just as brave, bold and beautiful as those who get to spend their lives in the wild.

You accomplished more than nature intended and we’re forever grateful we were a part of your special journey. All our love, forever and always. 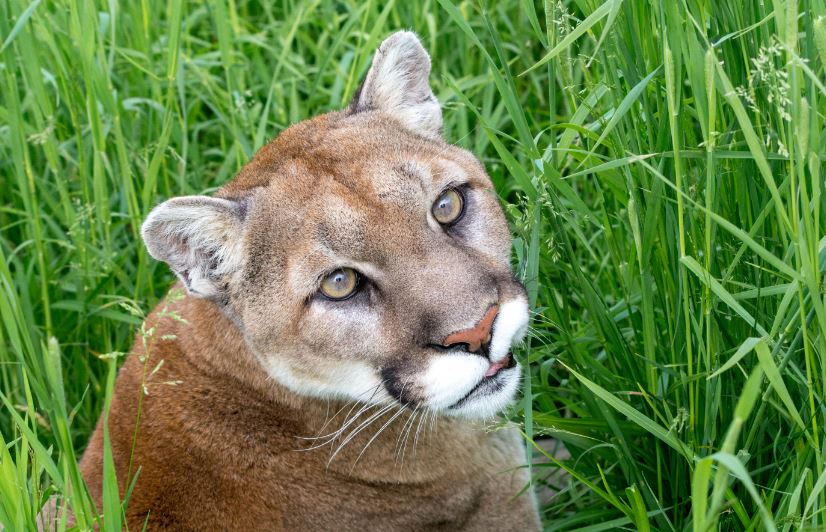 10/7/2009 ~ A five-week old cougar barely old enough to see is now safe after being left to fend for itself earlier this season. The Conservation Officer Service (COS) received reports of the kitten’s lone presence on the Mamquam Forest Service Road in British Columbia, Canada. “The kitten was most likely on its own for three to four days and was emaciated and dehydrated, but still pretty feisty,” stated Bear Aware organizer Meg Toom in a mass email.” The COS and volunteers eventually collected the kitten and transported it to a veterinary hospital in Langley. It was then brought to Langley’s Critter Care Wildlife Society for rehabilitation. But the cougar will never again live in the wild, said COS officer Byron Andres. “As a rule cougars aren’t reintroduced into the wild,” he said. Critter Care was tasked with finding a suitable place for the kitten to live, and the COS had reserved the right to veto any decision to ensure the best future for the animal. Both parties agreed to place Andre at The Wildcat Sanctuary in Minnesota.