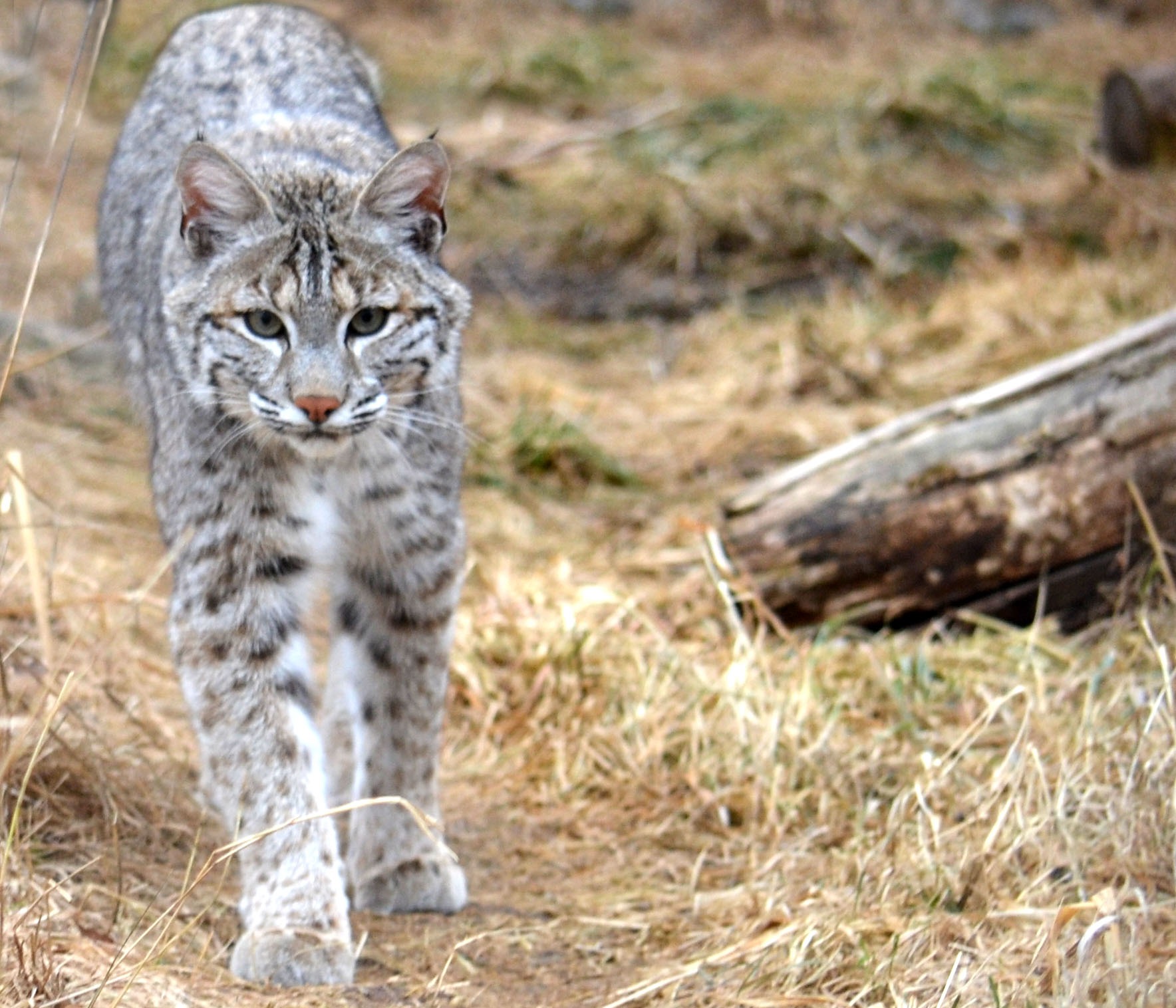 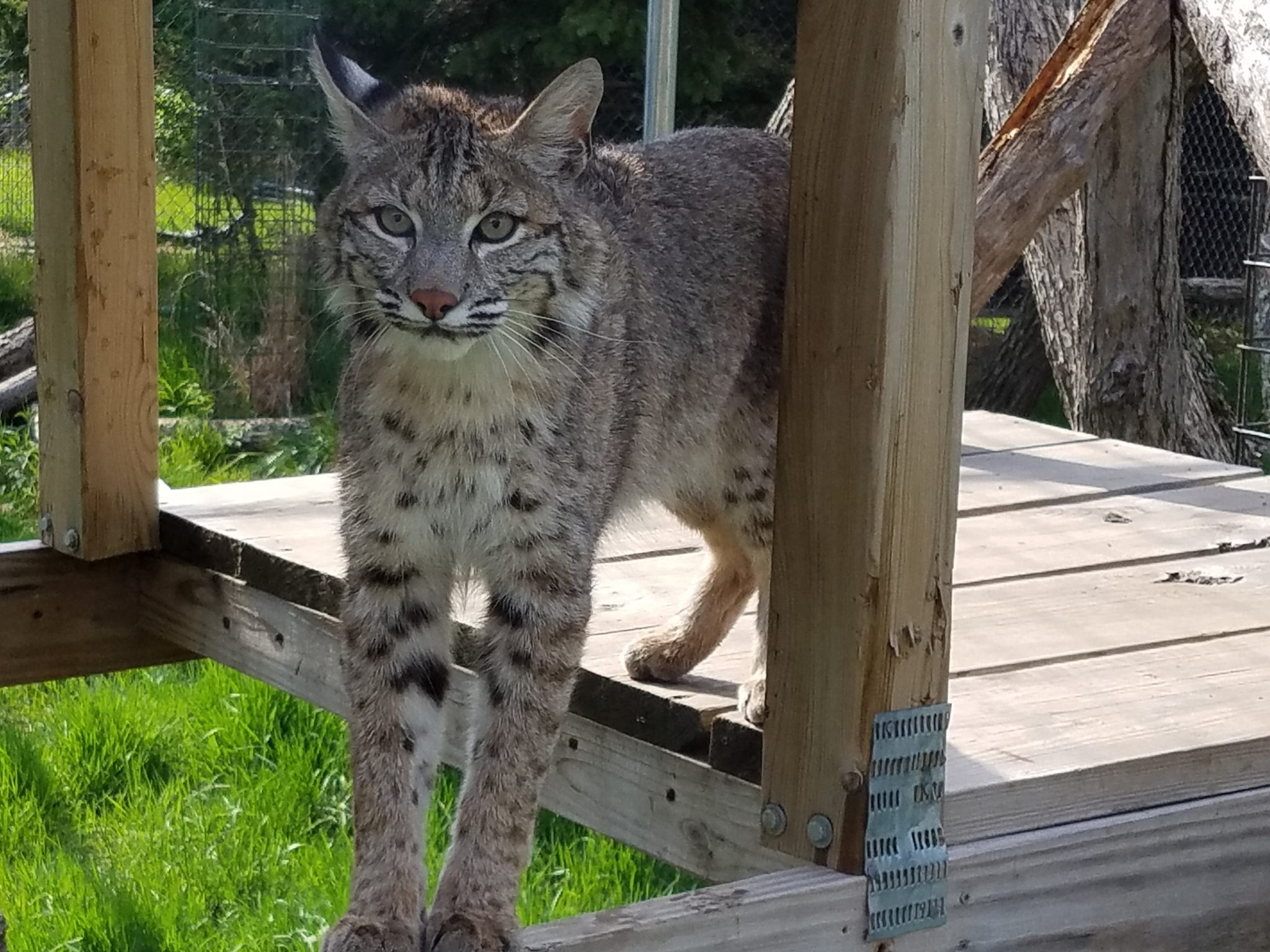 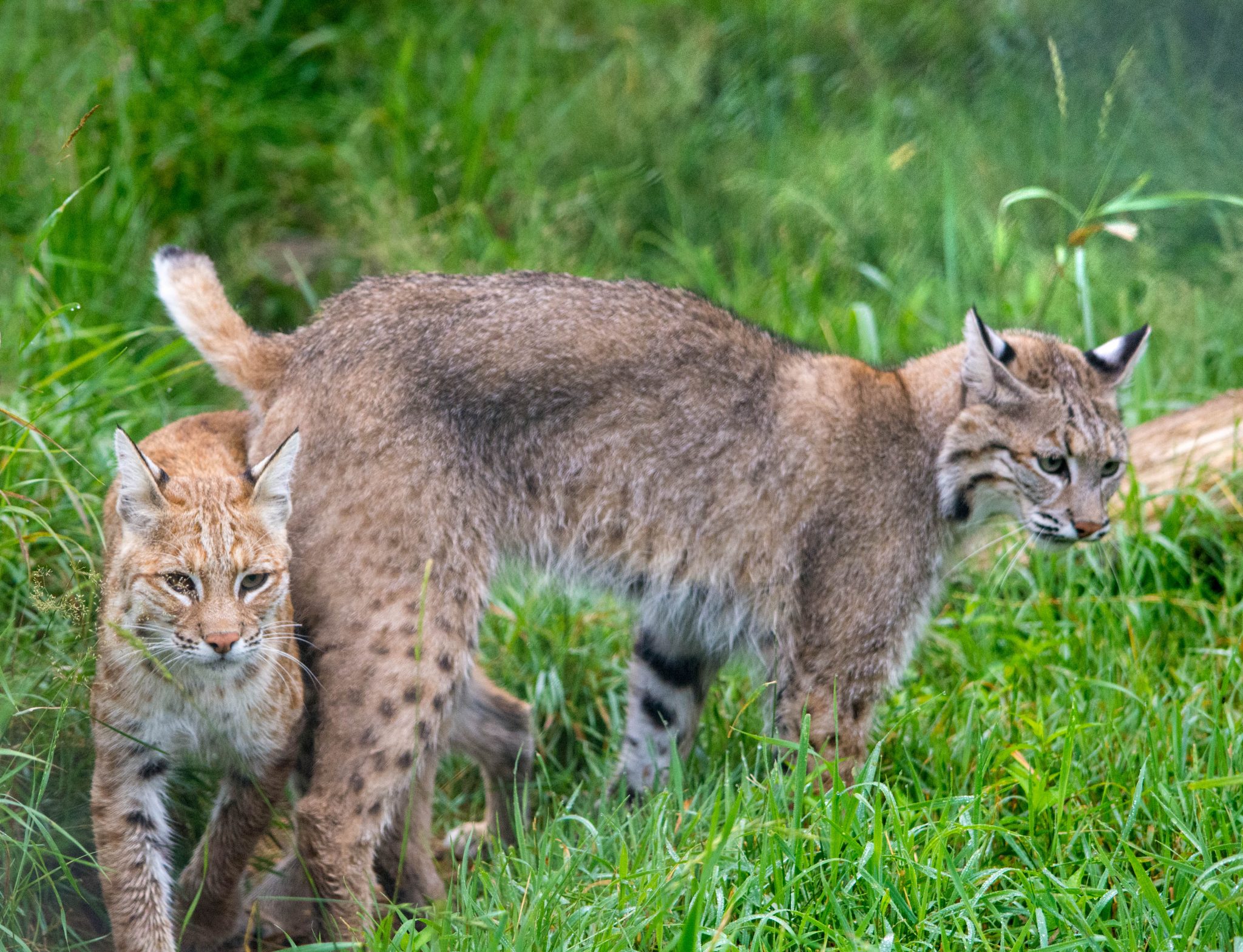 Archer came to the sanctuary when he was just a year old in 2017.  We’ve seen what happened to Archer so many times before. Someone will take in a wild-born baby in the woods, thinking they’re doing the right thing. Most of the time, the mother is just away hunting to provide for her baby. 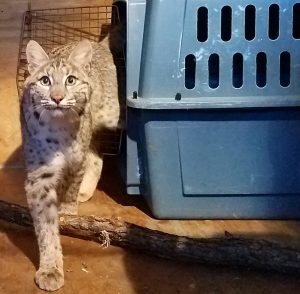 Apparently, this is what happened with bobcat Archer.  A family had taken him in when they found him as a baby. Now over a year old, he’d already become imprinted on humans. And, as wild cats mature, their wild behavior becomes more and more pronounced.

When Archer bit this owner, the family turned him over to authorities to be destroyed. Luckily, authorities instead took him to a licensed rehabber. She knew that he had little chance of survival in the wild, as he’d always see humans as a source for food. She began searching for an alternative for him.

When she called to see if we could possibly make room for him at the sanctuary, we did what we know you’d want us to do. We said “yes!”  Our trained transportation volunteers dropped everything to drive over 2,000 miles in two days to bring him back to his forever home here at the sanctuary.

Our first choice would have been for this innocent baby bobcat to live wild and free. But, due to the actions of humans who intervened, that wasn’t an option for him. He wasn’t left with his mother in the wild to teach him the survival skills he’d need. He’d been robbed of that. 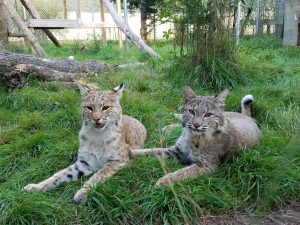 So, it was up to us to see that he could live wild at heart the rest of his days. Another orphaned bobcat named Copper arrived here about the same time. We spent many weeks letting them have supervised playdates. Then, they were allowed an overnight together.

Since all went well, they were permanently merged. Today, they’re inseparable! And with their recently completed new habitat in the Wildcat Pines section of the sanctuary, their days are filled with so many choices of things to do.

Our sponsorship program is what makes a life like this possible for Archer. Would you consider being his sponsor parent?  Or even a one time donation towards his care would be so helpful.

It’s easy to do using the buttons you’ll find at the top of this page.  Thank you!