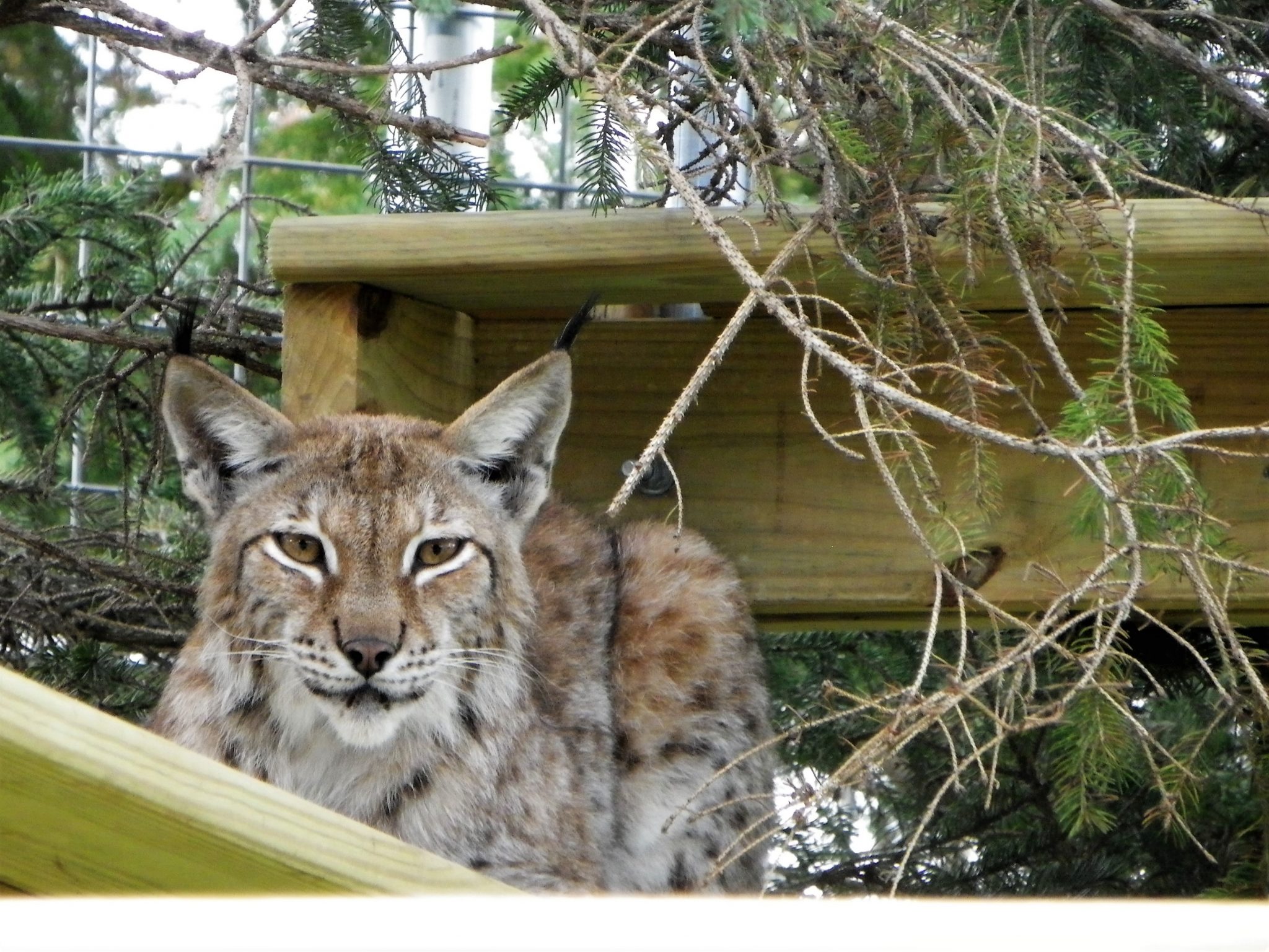 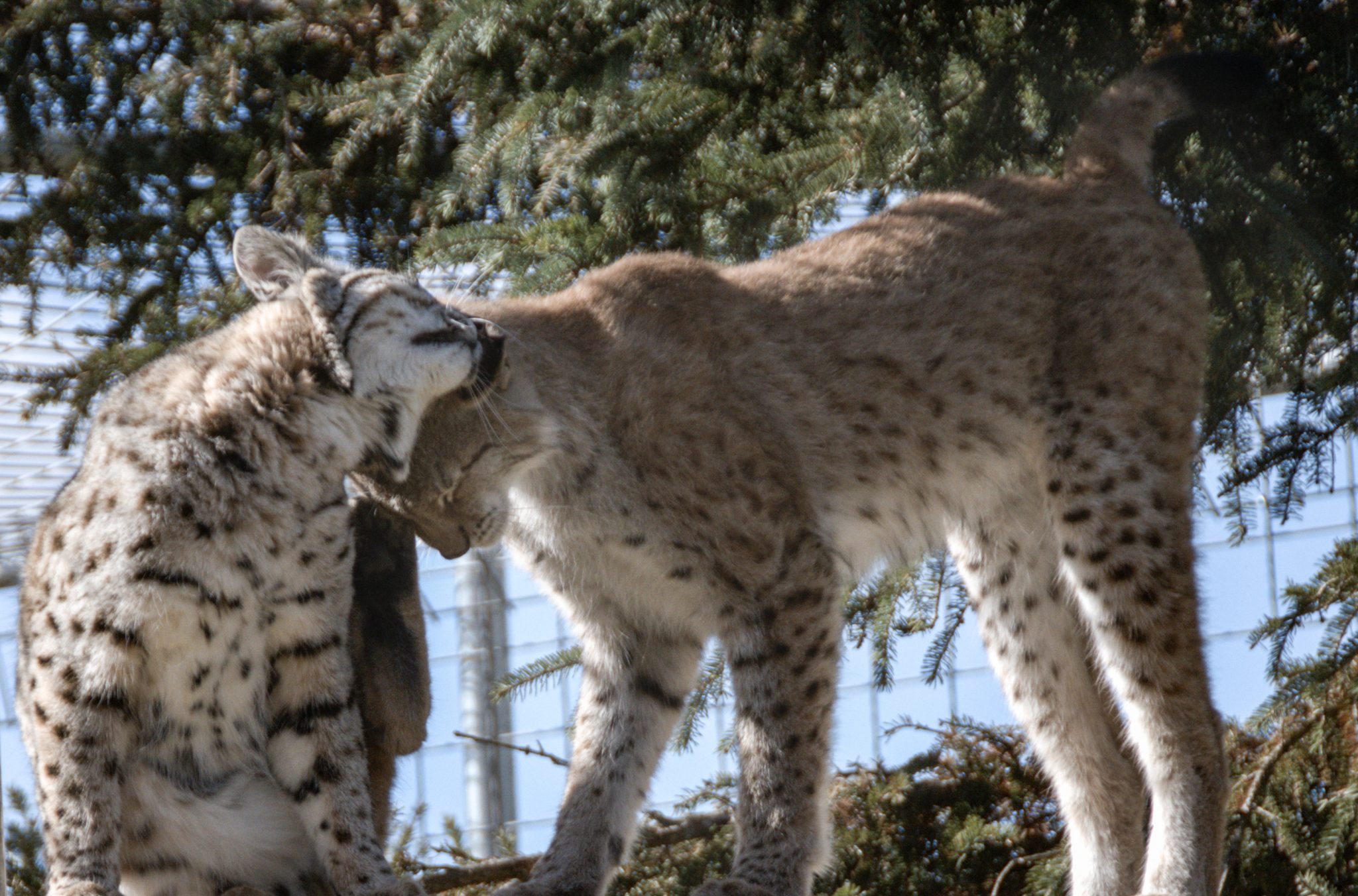 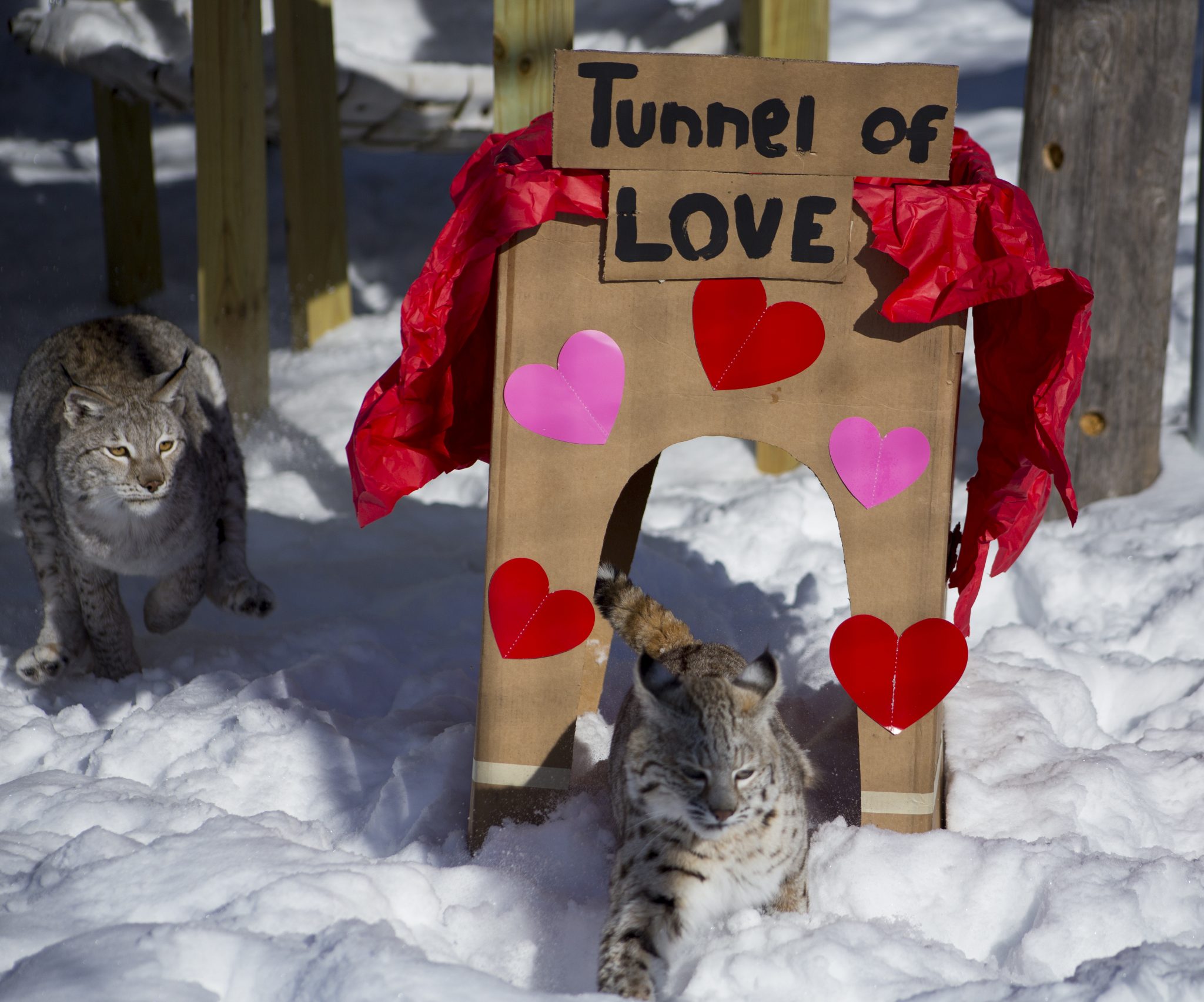 Aria is a female Eurasian Lynx who arrived at the sanctuary in 2018.  She was just two years old at the time but her story is one we hear constantly. 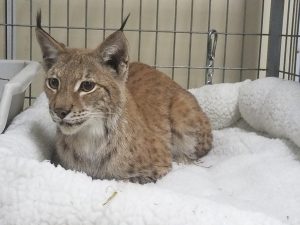 An out-of-state owner called to say her lynx was doing what most do – becoming quite aggressive as she hit maturity. They’d declawed her hoping that would make her “safer”…. but it didn’t.

Her owners loved her dearly. They had no idea this would happen. They believed what the seller told them, that she could be a pet.

Now, what could they do? As her owner shared with me, “She was never meant to be a pet and it breaks my heart that it’s come to this. But I just know that having her at The Wildcat Sanctuary is her best chance for a happy life!”

We’re thankful her owner decided to place Aria with us. Our trained rescue volunteers drove 32 hours to pick her up. She was a very calm traveler and was being curious and calm with our staff. 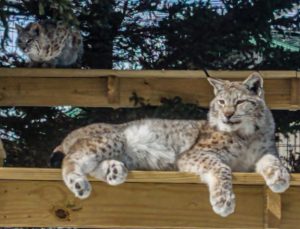 She was such a tiny girl for a two-year-old lynx. And she was very shy her first months here. This new, strange place was hard for her to get accustomed to. But what a difference now!

We’d taken in another failed “pet” bobcat about the same time. He was also very young. Mondovi had a lot of energy and was very playful. We hoped he and Aria might get along and maybe, just maybe, he could help bring out another side of her.

They had many playdates and were soon successfully merged. When they moved to the new habitat we built for them in Wildcat Pines, we hardly recognized Aria anymore!  She filled out, looking like a very healthy lynx. And Mondovi was certainly able to bring out her “wild” side. Our plan worked.

Seeing Aria blossom into a playful, confident lynx is the greatest feeling in the world!

Our sponsorship program helps cats like Aria live wild at heart. Would you consider becoming her sponsor parent? It’s such a great way to make a difference.

Or even a one time donation towards her care helps. It’s easy to do using the buttons you see at the top of this page. Thank you!