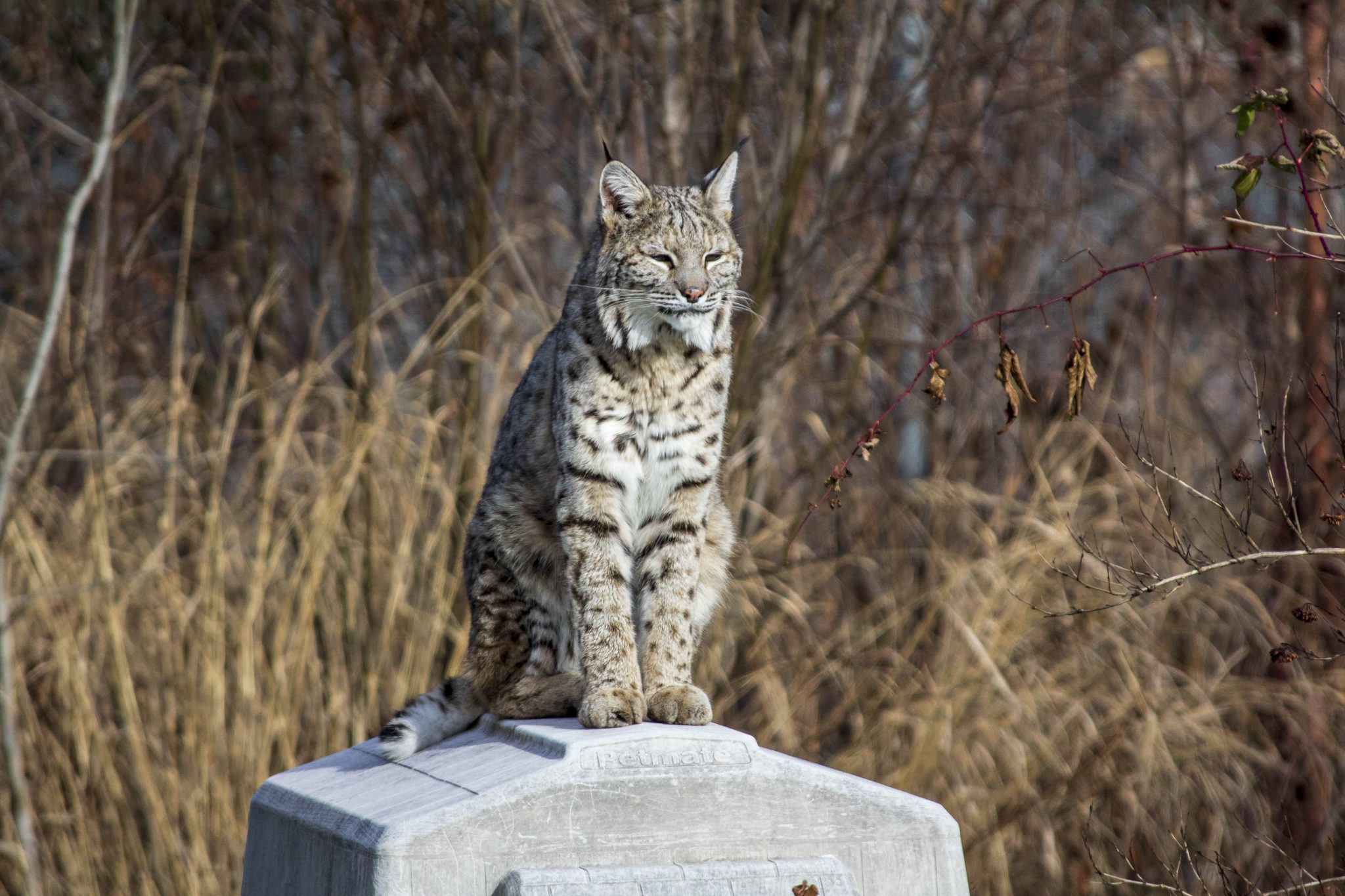 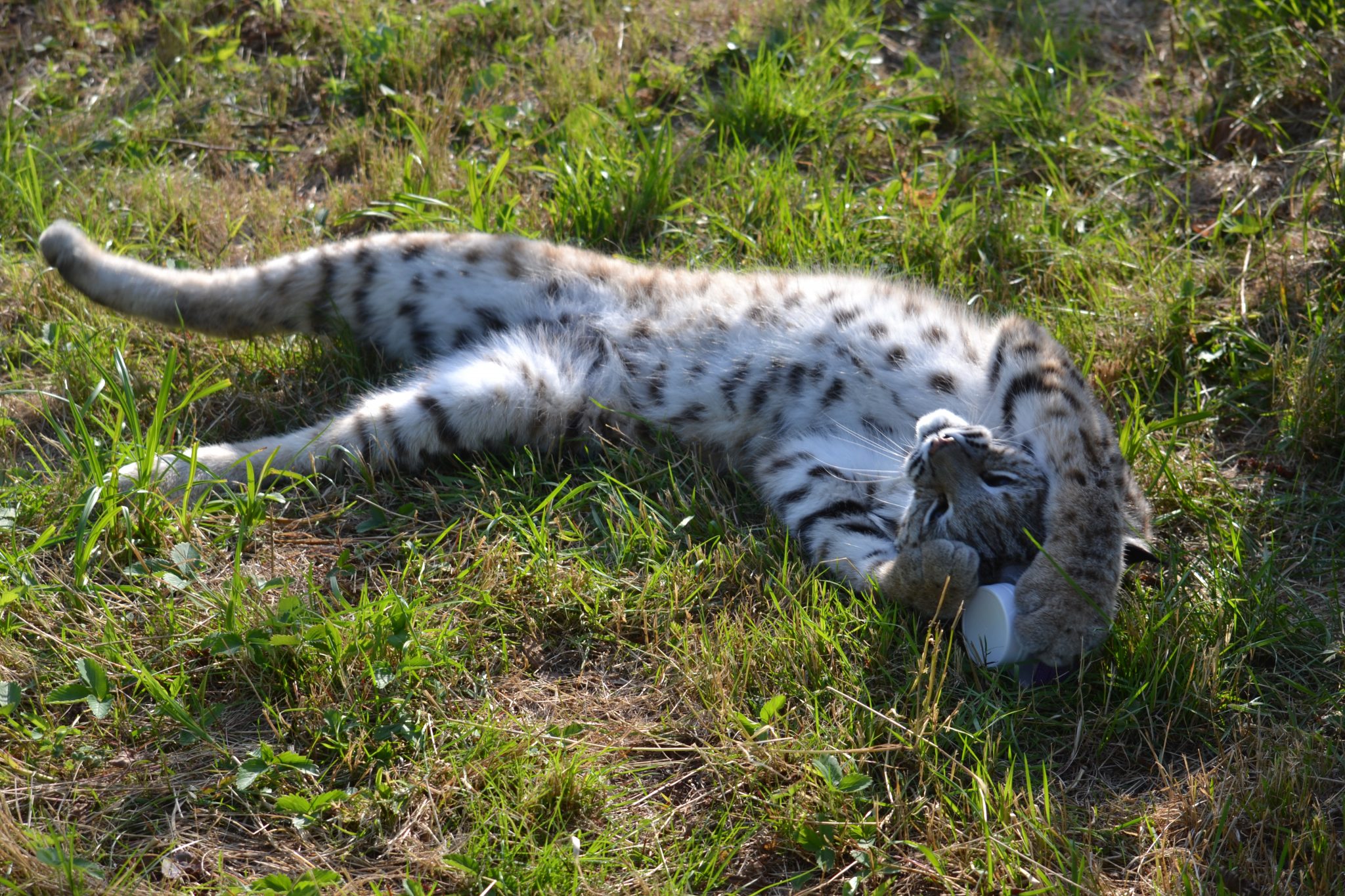 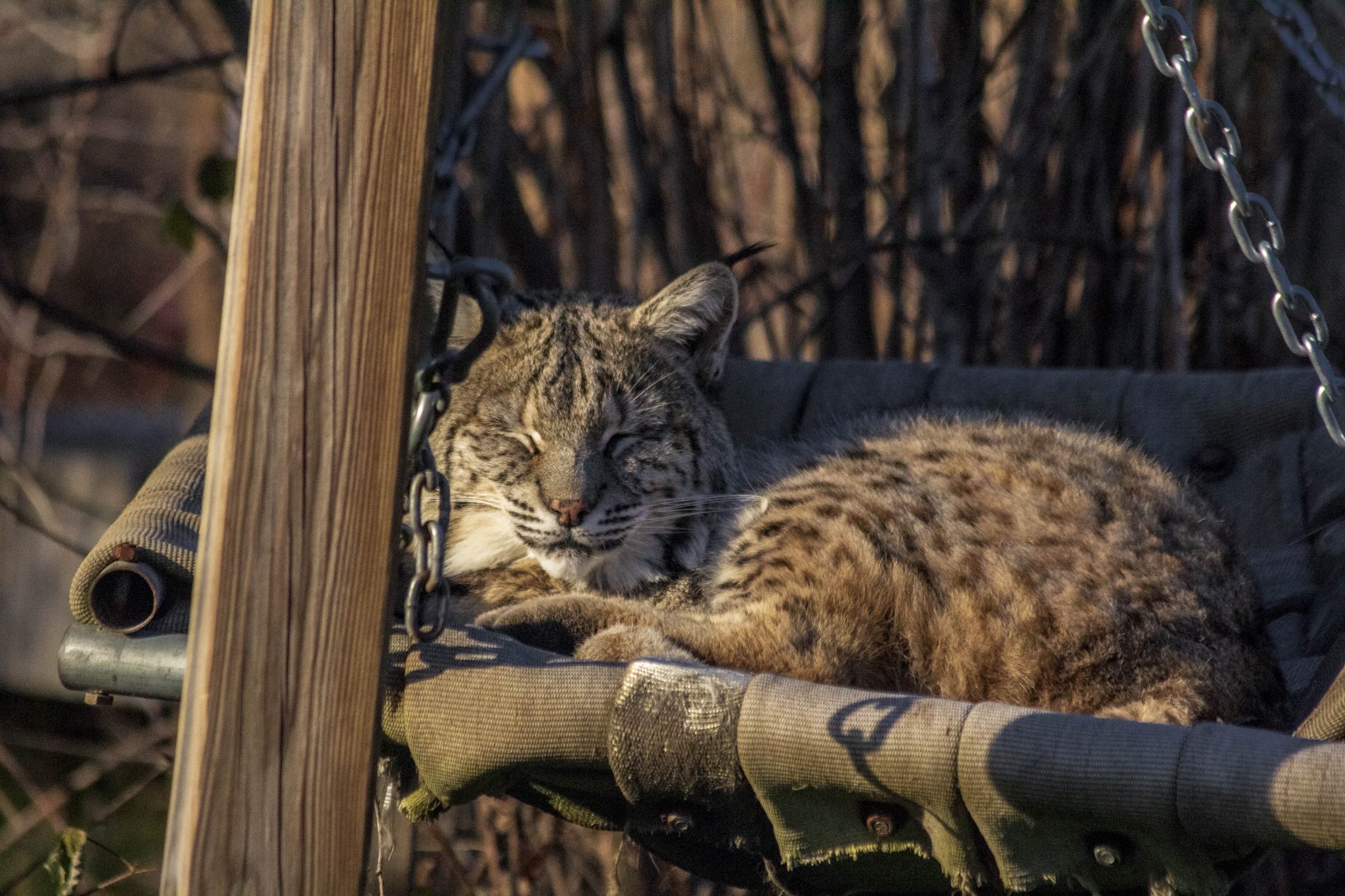 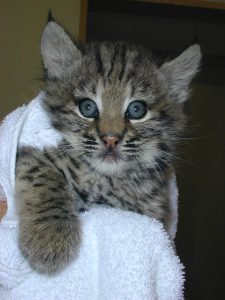 Baby Jenga Blue, a male bobcat, came to The Wildcat Sanctuary in 2003 when he was only six weeks old. Someone had purchased him from a breeder, but soon realized that it’s illegal to own a bobcat in the Des Moines, Iowa area.

This happens so many times. Buyers either believe the breeders selling these cats or they don’t bother to check local and state regulations.

That’s how Baby Jenga Blue ended up being surrendered to The Wildcat Sanctuary.

Soon after Baby Jenga Blue arrived, we realized something was wrong. His motor skills were impaired and he wouldn’t eat on his own. After several visits to the veterinarian, they concluded Baby Jenga Blue had brain damage.

Our best guess was that he was possibly dropped during the shipping process from Montana to Iowa when he was only weeks old. However, after rescuing several bobcats and lynx bought from the same breeder, it became clear that many had similar neurological issues. Unfortunately, this breeder is still selling wildcats via the internet.

Baby Jenga Blue’s progress was touch and go for a while, but this little fighter made it through and has grown to become a strikingly handsome bobcat!

You may wonder where Baby Jenga Blue got such a long name. When he first came to the sanctuary, he came with the name Blue. But with his neurological problems, most of the staff began to simply call him Baby. 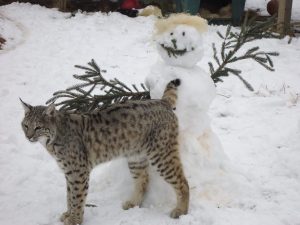 After he pulled through his long ordeal, the staff decided to give him a proper name. They decided on Jenga. But the name never stuck the same way as Baby did, so we simply decided to combine all three making him sound like royalty!

This “royal” cat lives on his own since he doesn’t have great social skills with other cats. He prefers socializing with his caretakers by rubbing against the fence, hanging out in his hammock, and rolling around in musky scents.

He truly believes he’s a tiger in a bobcat’s body and has always loved watching the big cats here at the sanctuary rather than other bobcats. That’s why he lives close to the big cats he enjoys.

Caring for a wild cat for life – even a medium sized wild cat like Baby – can be very expensive. Our sponsorship program helps support the cats and allows you to form a special bond with them. Would you consider being Baby Jenga Blue’s sponsor parent?

Or even a one time donation toward his care would be so appreciated. It’s easy to do using the buttons at the top of this page. Thank you!