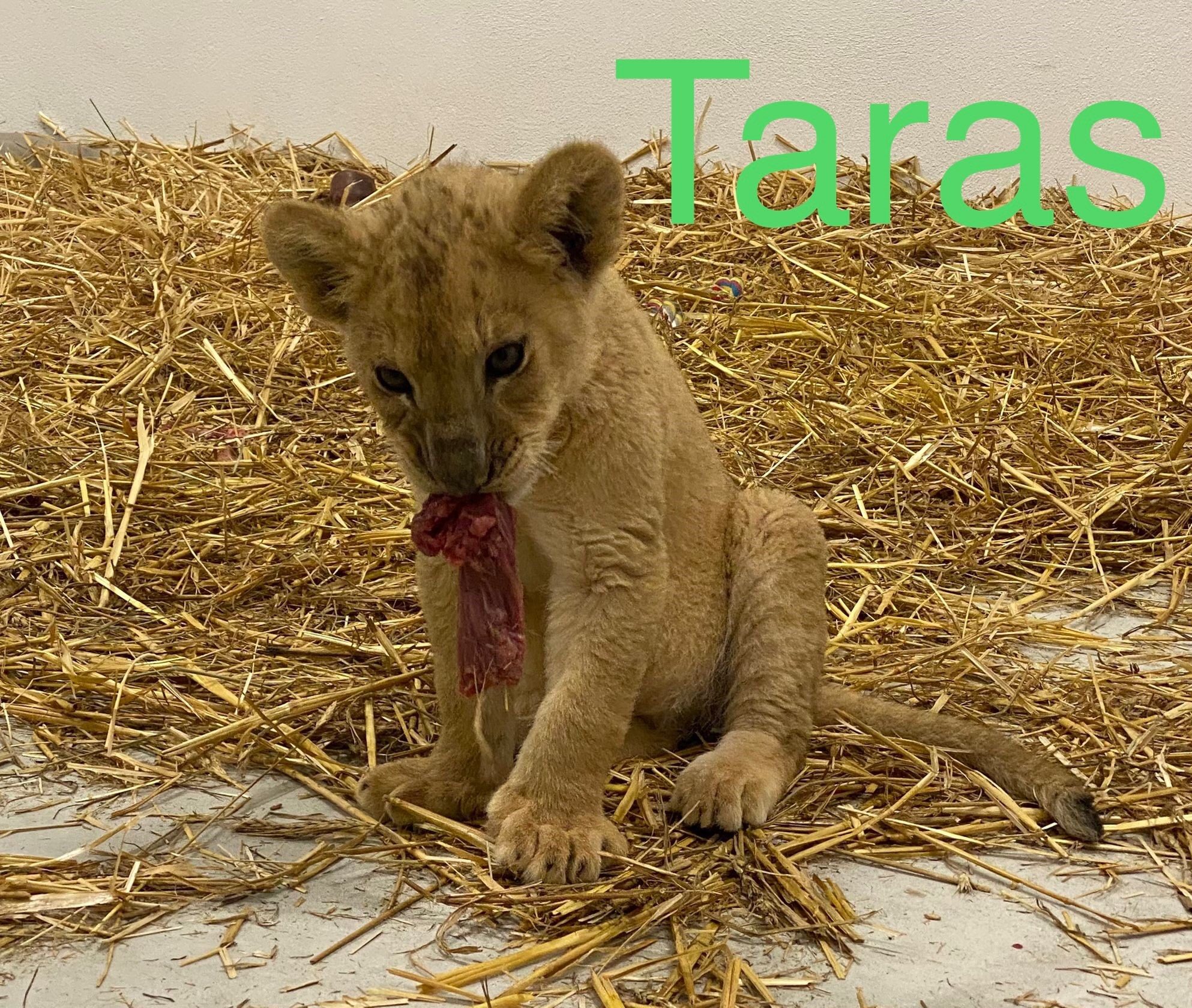 I’ve been waiting to share this news with you for quite some time.  A few months ago, IFAW (International Fund for Animal Welfare) asked if we could help 4 lion cubs in war-stricken Ukraine. They included Taras, the only male lion, and females Lesya, Stefania, and Prada. 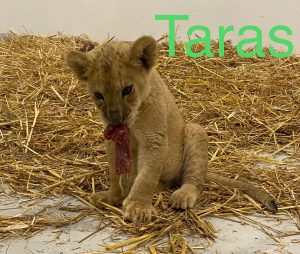 We knew it would be difficult, but with so many amazing animal warriors on the ground trying to save as many animals as possible, we wanted to do our part.

IFAW reached out to us about Taras and the other three, because our team is experienced in international big cat translocations, though none during such conflict.

We know with every step forward, there may be three steps back.  But seeing the committed individuals on the ground providing rescue and animal care during shelling, sometimes with no electricity or running water, we were determined to help.

Taras and the other cubs, all younger than four months, arrived safely at the Poznan Zoo in Poland after traveling for 36 hours out of war-torn Ukraine, where they will be cared for until onward transport permits are issued.

According to their permits, all of the cubs were surrendered to animal rescue organizations, VetCrew in Odesa and Wild Animal Rescue in Kyiv, after local officials started to enforce laws on the exotic pet trade in Ukraine.

We’re thrilled to be able to offer these cubs a beautiful, one acre habitat together and hope to welcome them home in the coming months.

You can help us fund Taras’ forever home by becoming his sponsor parent today!