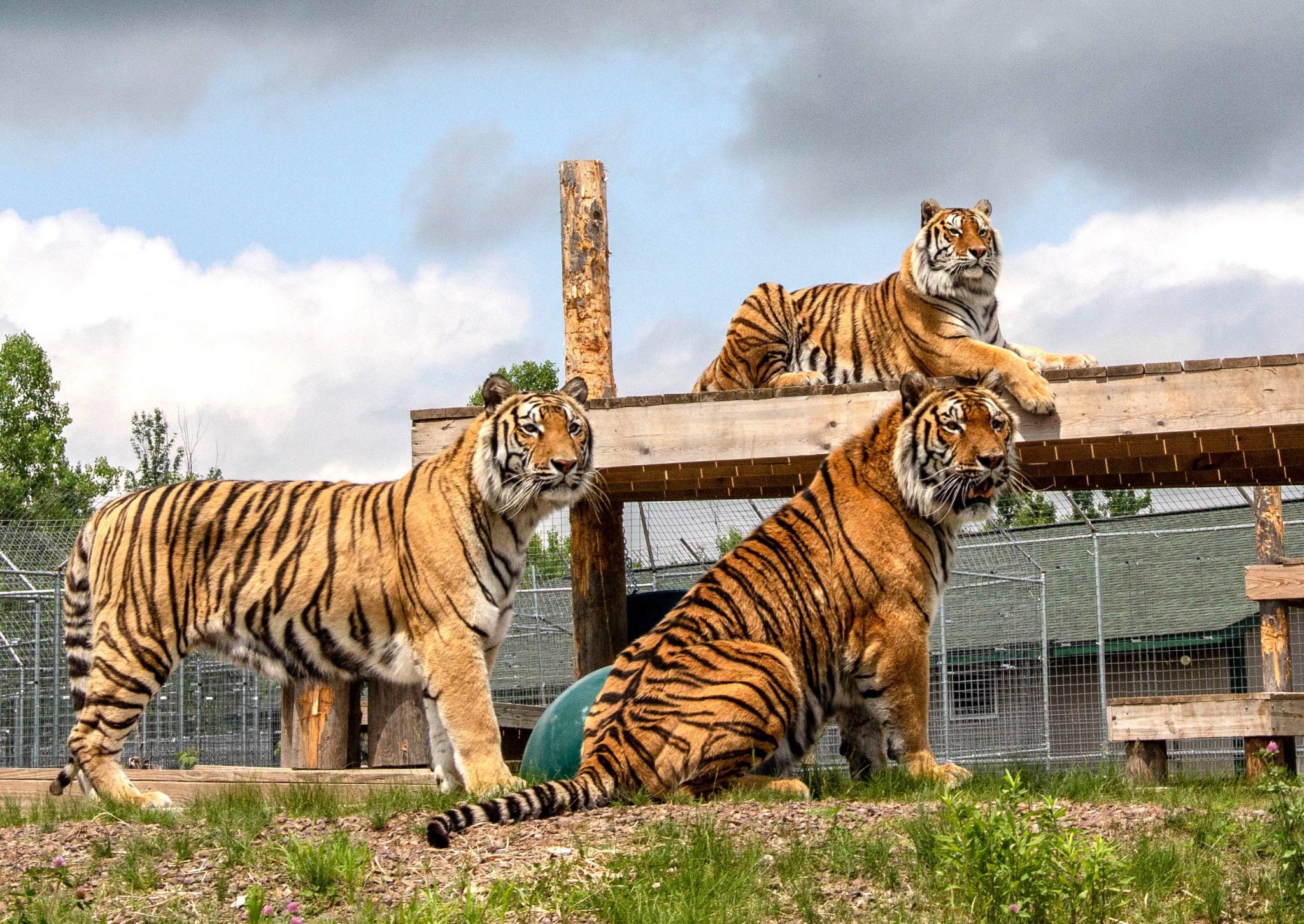 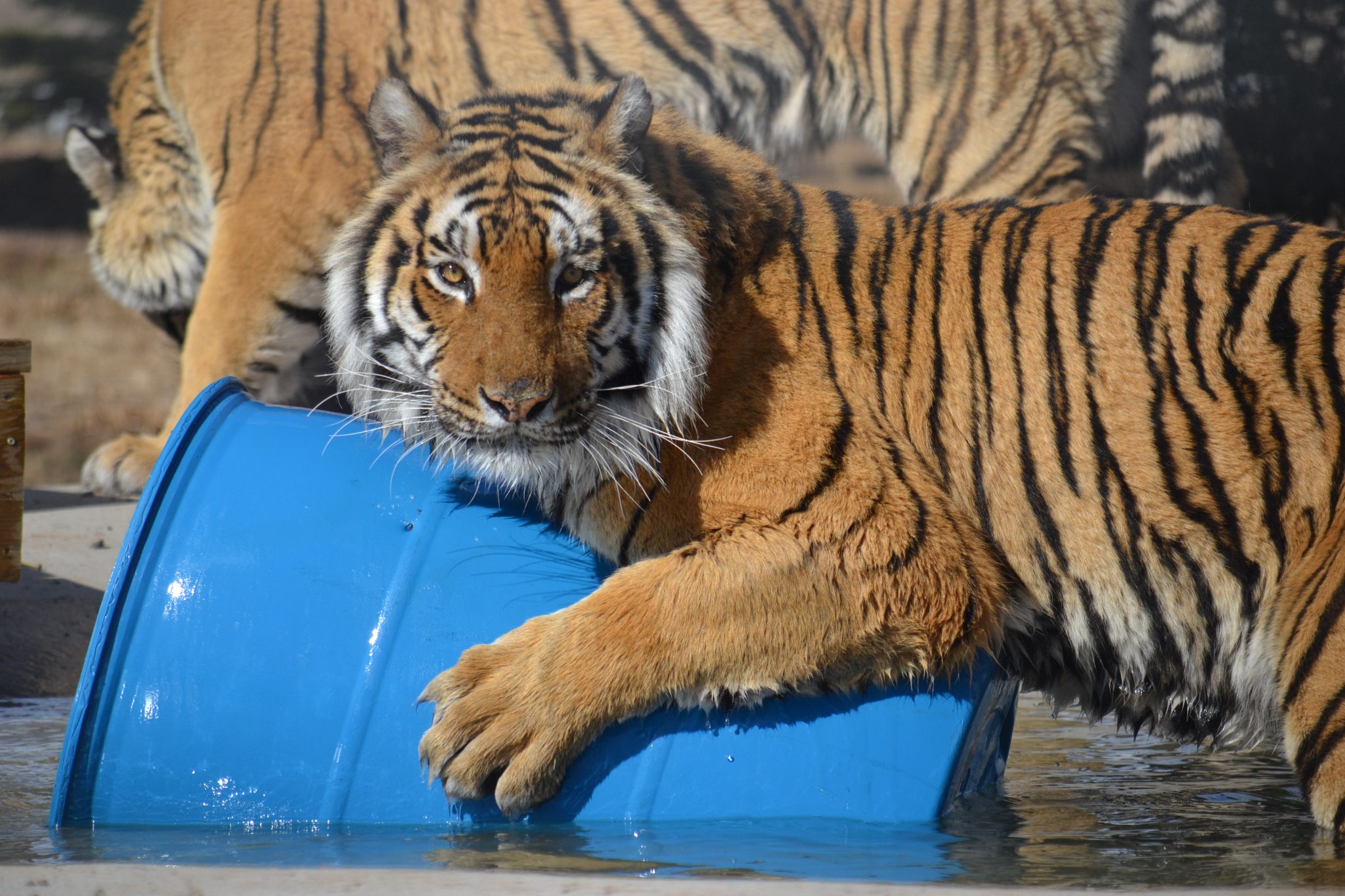 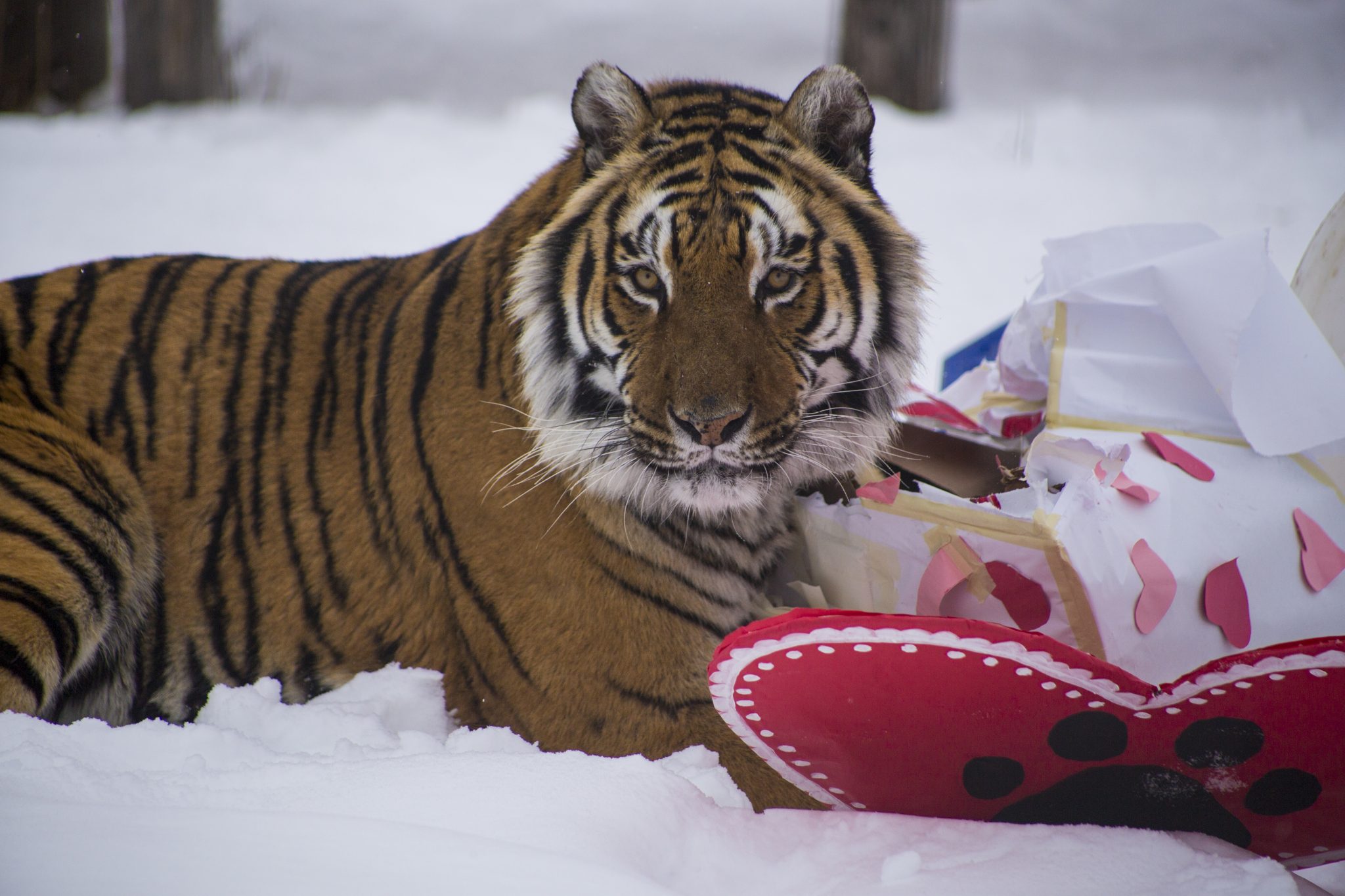 Dimitri’s a male Bengal tiger who arrived at the sanctuary in 2016. He was six years old at the time and part of the largest national rescue of big cats to date here in the United States.

Dimitri and his two brothers came from a notorious speed breeding, pay-to-play facility in Colorado. When they were cubs, the general public was offered the opportunity to play with them and take photos with them – for a price.

When an agreement was reached for the facility to close, that left nearly 100 wild animals in need of a home. The Wildcat Sanctuary agreed to offer a home to four of those tigers – brothers Dimitri, Griffen, Zeke and their aunt Pandora.

We’d been told Dimitri and his two brothers had lived together. But the cages at that facility were barren, small and so depressing.

What an amazing difference for the ‘Tiger Trio’ (as they were soon nicknamed) when they stepped out of their transport trailer into a huge, free-roaming habitat with so much to enjoy! Perches, platforms to lounge on, new toys, trees, tall grass, boulders, logs to climb and a large pool to splash in.

The brothers are easy going, social and very playful with each other. They’re constantly checking out what’s going on and new at the sanctuary, nothing gets past them. They’re all three such busy bodies!

We’re thrilled they’ll be able to live out their days with companionship, love, and something to look forward to each day.

Rescuing younger wild cats is such an expensive commitment since it means a long lifetime of care. That’s why our sponsorship program is so important. It helps provide the best life possible for those we’re able to rescue.

Would you consider becoming Dimitri’s sponsor parent, or even giving a one time donation toward his care?  There are buttons at the top of this page that make it easy to do. And, it makes such a difference for him – thank you!