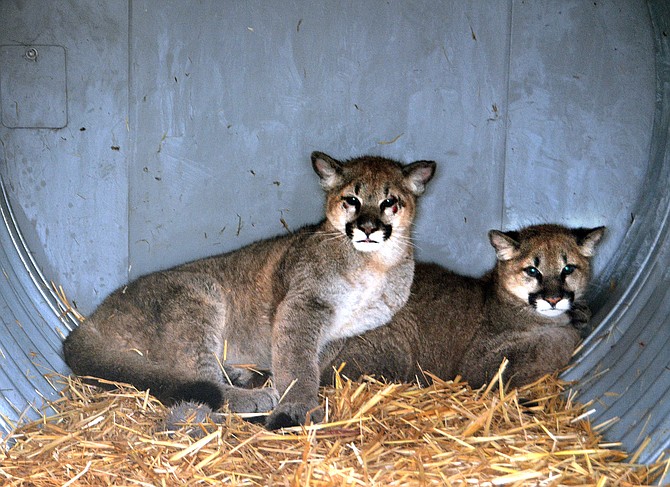 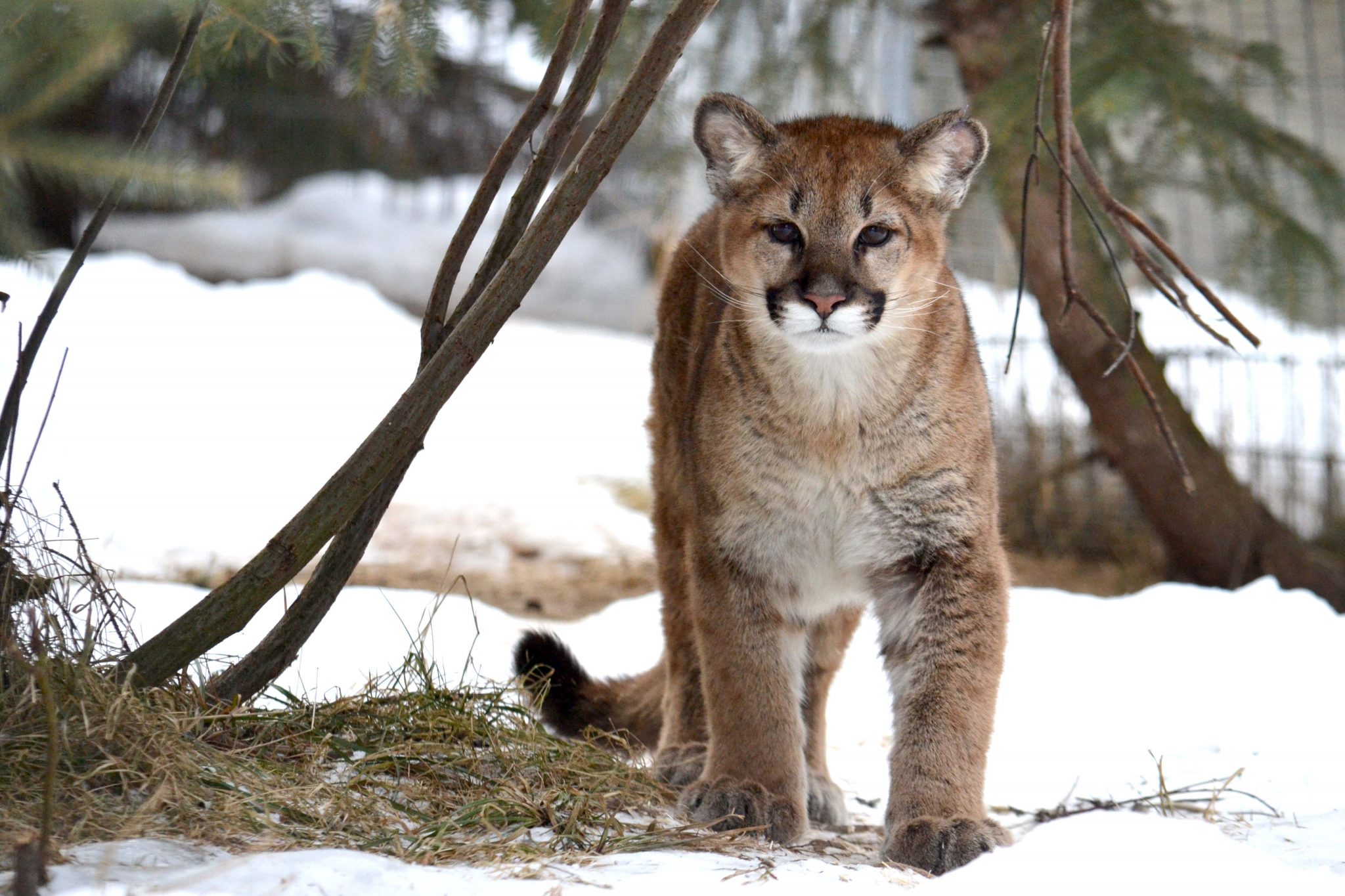 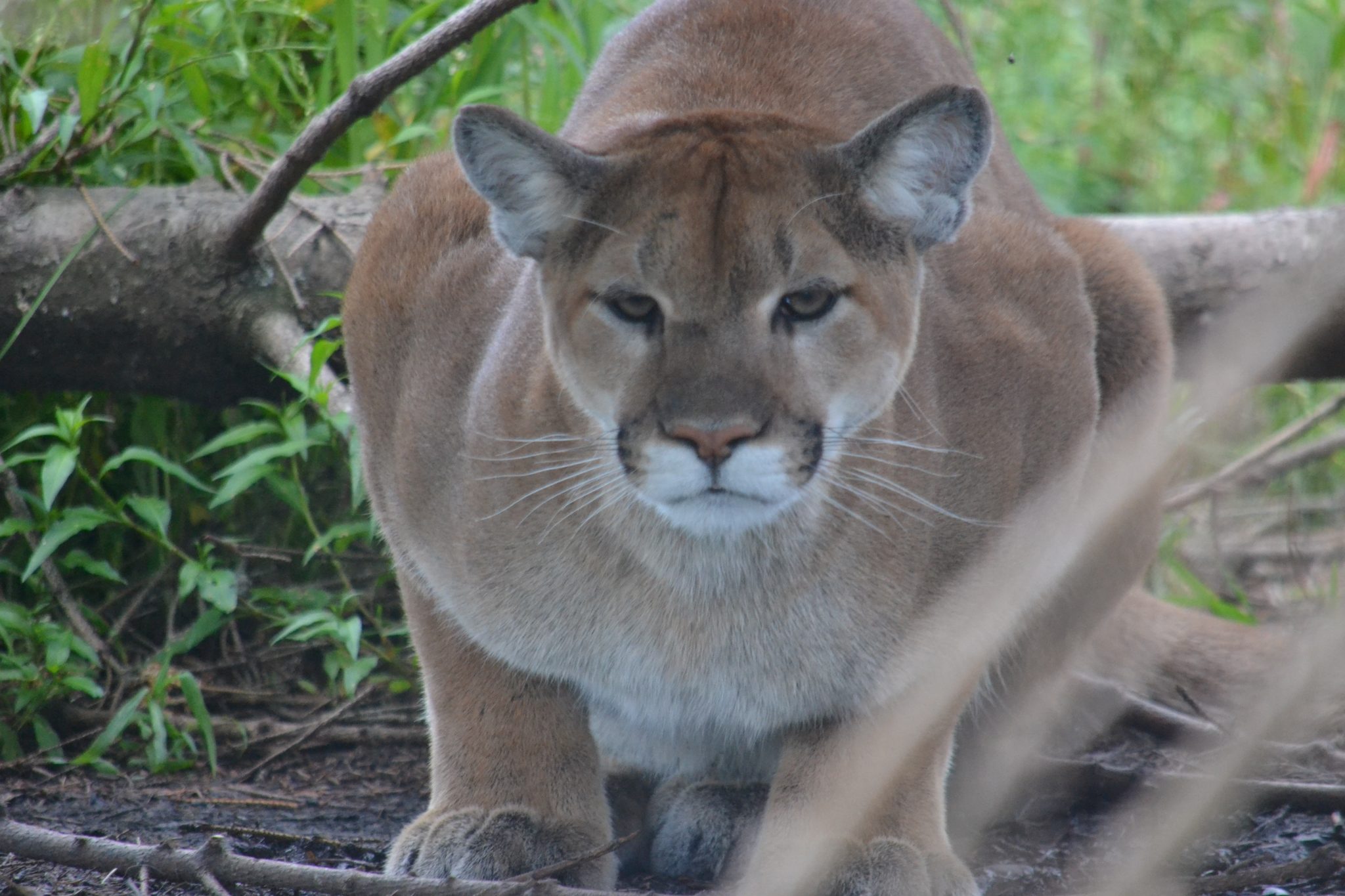 Blaze is a male cougar who arrived at the sanctuary at the start of 2016. He and his brother Aspen were estimated to be about 5 months old when they were captured in Washington by authorities.

Tragically, their mother was apparently killed by a Washington property owner on January 4th after she attacked a goat. Since they could not be rehabbed and released, we agreed to accept them here at the sanctuary.

Blaze had his intake exam and was neutered, since we do not allow breeding. He weighed 35 pounds, much bigger than his smaller brother Aspen who only weighed 25 pounds. Blaze is already asserting himself as the more dominant of the two. He was also the kitten it took wildlife officers four extra days to trap!

Read the unique way Blaze got his name https://www.wildcatsanctuary.org/how-are-the-cats-named-at-the-wildcat-sanctuary/

Later that year, we introduced Aspen and Blaze to the two other orphaned cougar cubs we’d taken in.  They formed their own family unit also, just like “The 5 Wild” group of orphans we have here, too. Now, we refer to Aspen, Blaze, Snow and Storm as “The 4 Wild.”

Blaze As An Adult

Blaze is the boldest and most dominant of the group. He’ll approach to check out what caretakers are up to. He loves scents, toys, and ripping up grass to toss about. Yet brother Aspen is the least dominant.

Seeing them playfully chasing each other, enjoying toys and enrichment is such a positive sign. They’re finally feeling this is home and they’re safe. We’ve seen them grow into strong, healthy, confident cougars – just as their mothers would have wanted.

Rescuing orphaned wild cats is such an expensive commitment since it means 20+ years of care. That’s why our sponsorship program is so important in helping provide the best life possible for those we’re able to rescue.

Thank you for considering becoming Blaze’s sponsor parent or even giving a one time donation toward his care. You’ll see buttons at the top of this page to help.  It makes such a difference for him!