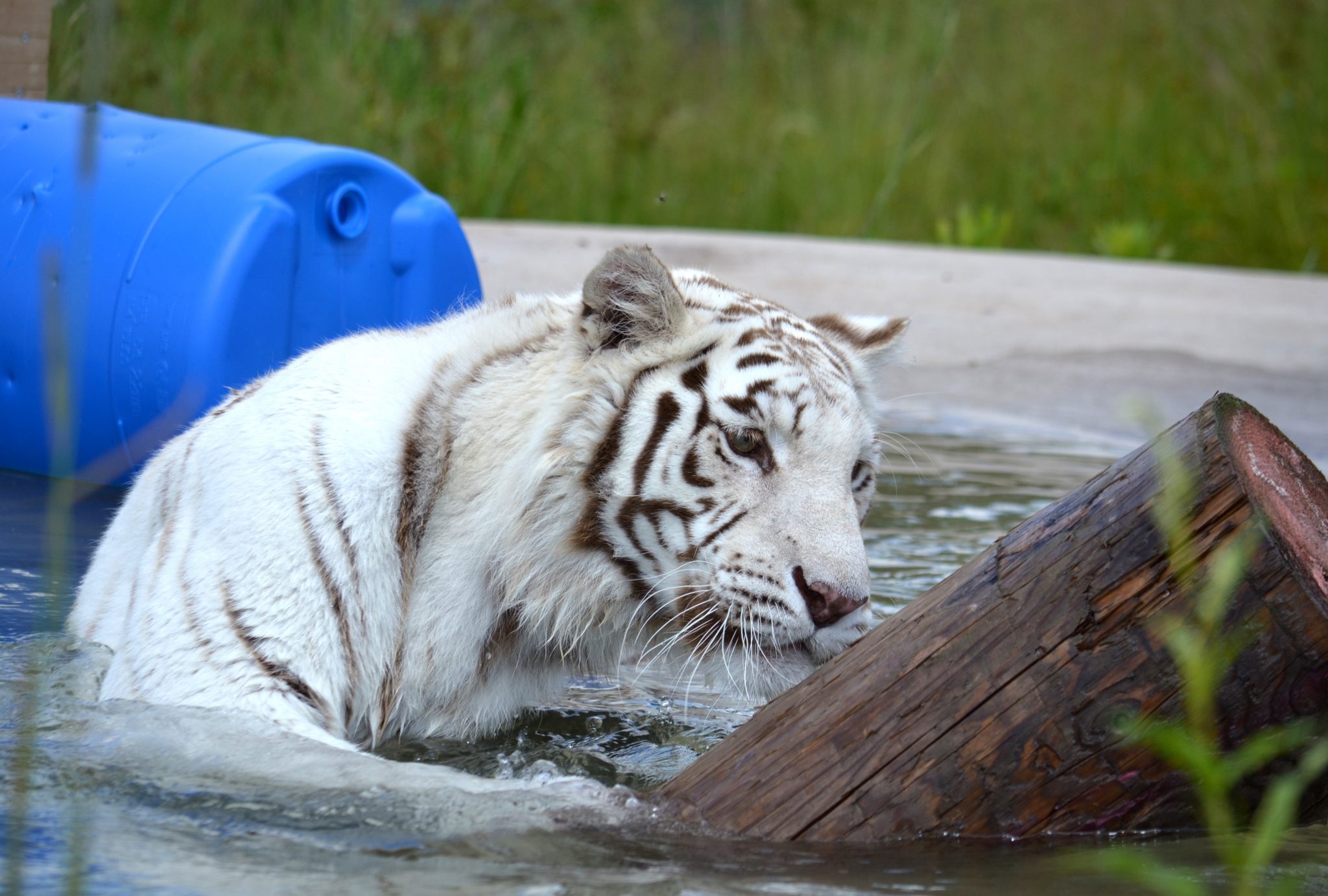 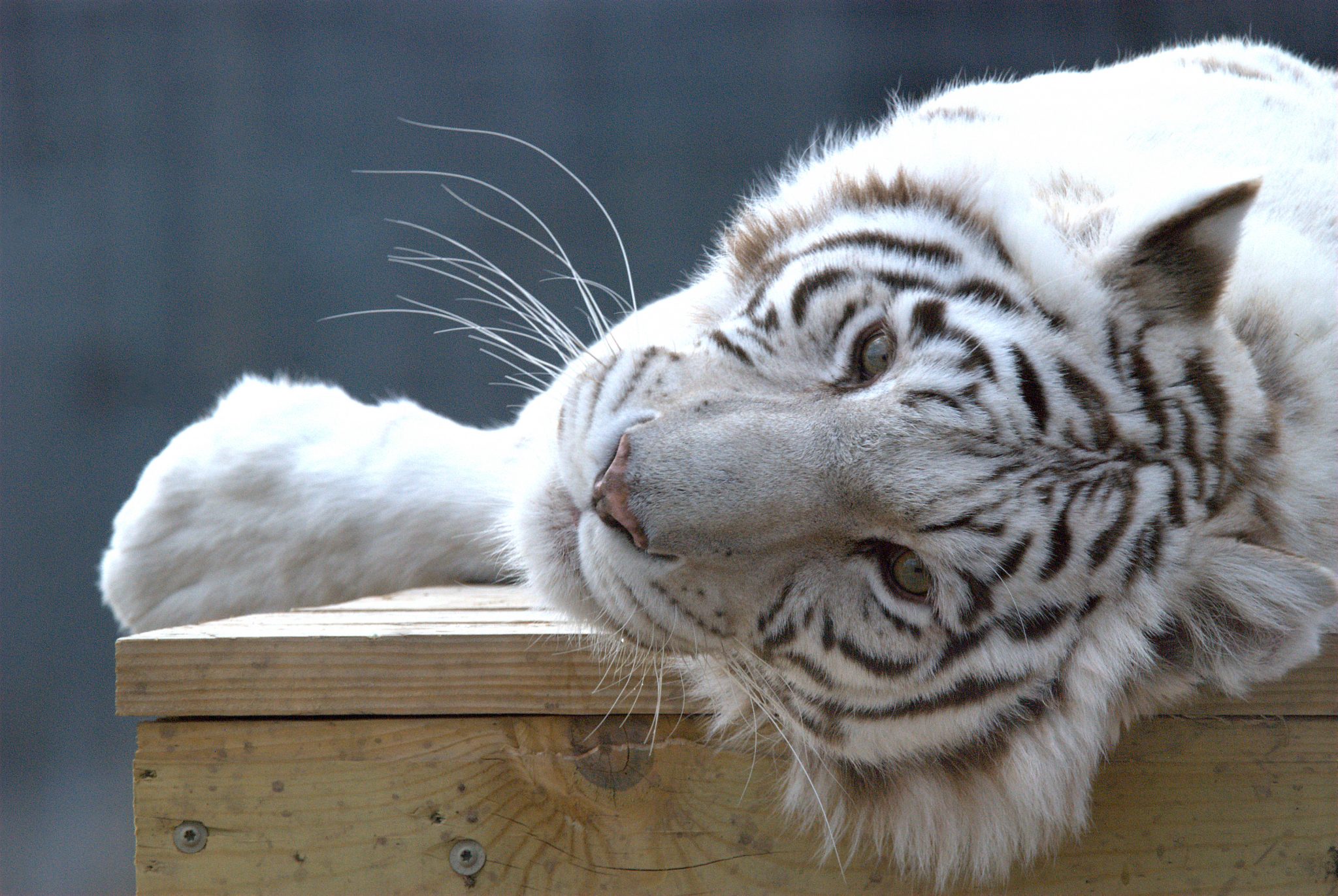 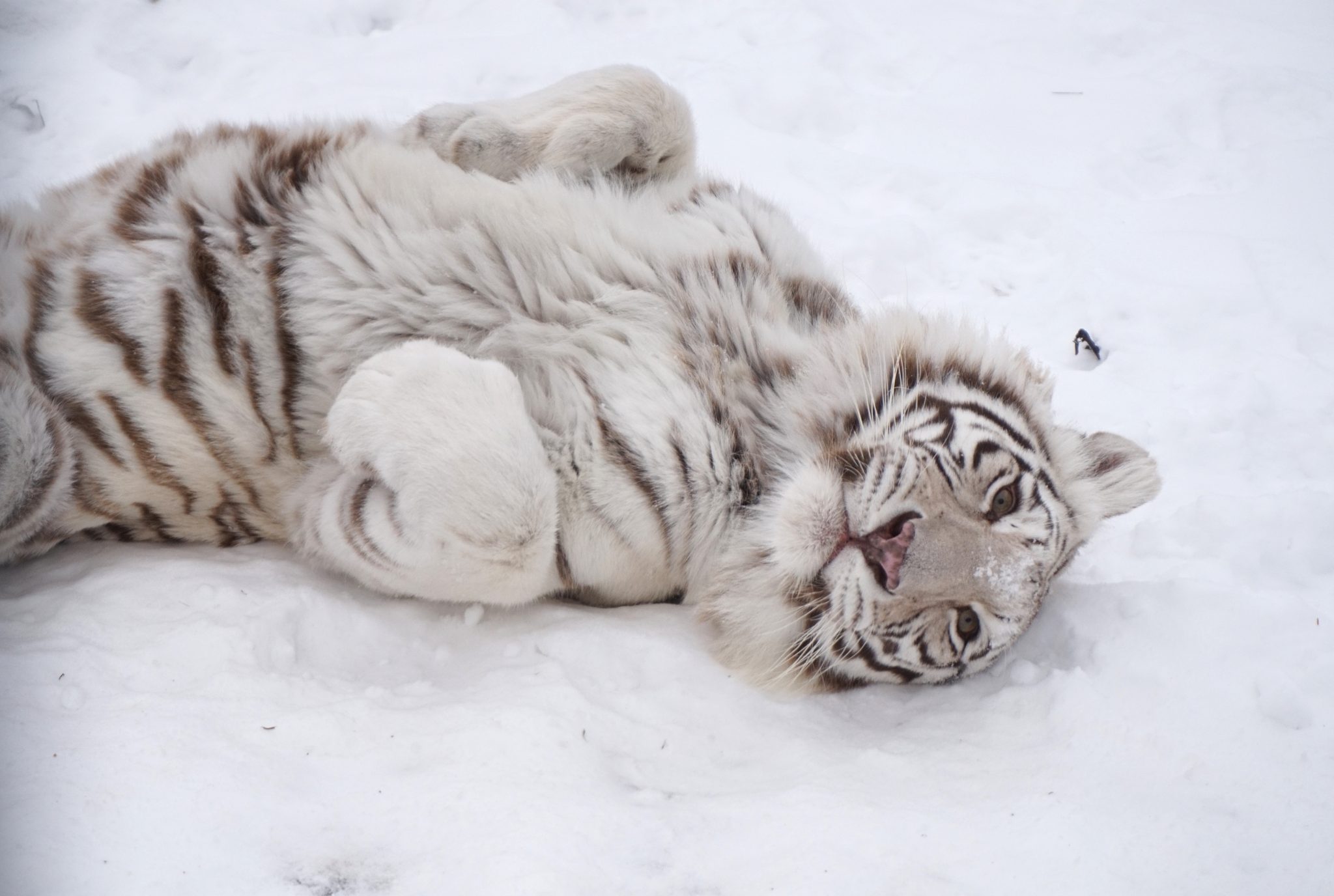 Nicknamed Callie, Calcutta’s a female white tigress who arrived at the sanctuary in 2015. At 11 years old, she came to us with a much-publicized past.

As a cub, she’d been used by the Ashville Game Farm as a photo prop. Even fully grown at 2 years old, people would pay to have their picture taken with her at fairs. A four-year old child was sitting on a bench in front of her when she reached out and scratched the child’s forehead, requiring 14 stitches. Authorities ordered Callie be gotten rid of.

Be sure to learn the TRUTH ABOUT WHITE TIGERS here.

That’s when she ended up at her second home, in the backyard of a private owner. Years later, this new owner also faced a legal battle. Local zoning laws changed, and his big cats hadn’t been ‘grandfathered’ in. He was ordered to find them another home or face jail time. With an ill wife and disabled son, he accepted a plea bargain and agreed to place them elsewhere within a year.

He truly loved his cats. We set aside our opinions about private ownership and worked with him for almost a year to safeguard Callie, and the other cats’ future. Callie had lived in a cage less than 200 square feet. Now, she would enjoy a free-roaming habitat 50 times that!

Despite what she went through in the past, Callie’s put all that behind her and lives each day to the fullest, here at her forever home. Every single toy she’s given, she loves. And you’ll find her splashing in her pool the whole summer long. It’s her favorite place to be. She puts a smile on everyone’s face with her non-stop energy and zest for life.

Our sponsor program is what makes top notch care possible for new residents like Callie. Would you like to become Callie’s sponsor parent, helping assure she can live wild at heart the rest of her days?

You’ll find buttons at the top of this page that make it really easy to do. And, it’ll make such a difference for Callie – thank you!

WHEN THE NEIGHBOR KEEPS TIGERS, LEOPARDS

WOULD YOU WANT TO LIVE NEXT DOOR TO THIS? Daily Mail coverage