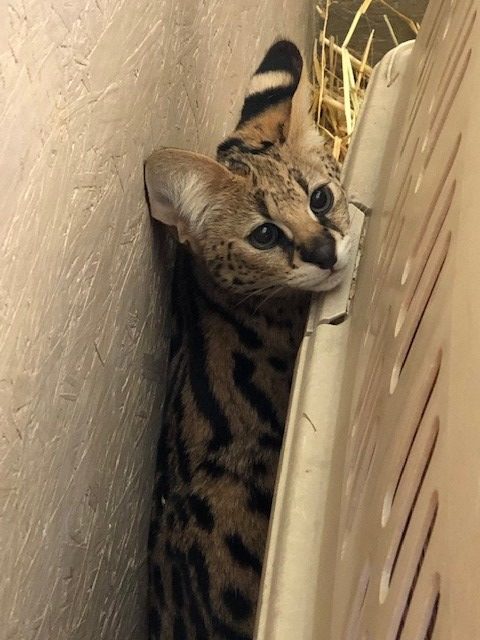 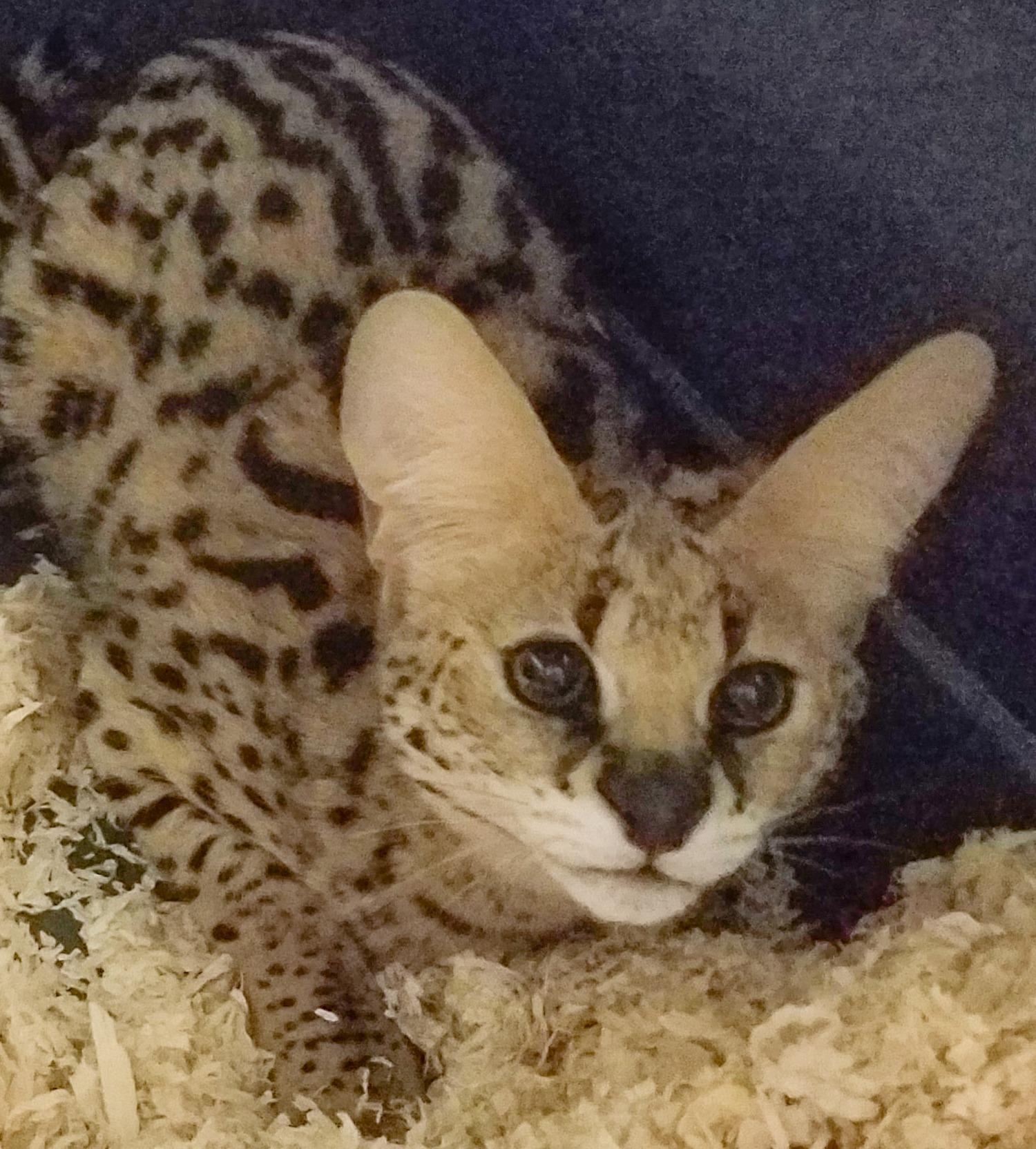 African serval kitten Chili was in need of rescue. We’re relieved we can finally share good news about another international rescue we’ve been working with authorities on for months. 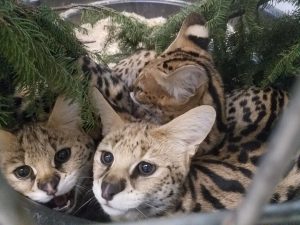 We knew Ava and her kittens were seized from a breeder after several reports of cats with broken legs, sternums, and more injuries due to metabolic bone disease. We even found previous fractures in Ava that had been surgically corrected.  But we didn’t expect what happened with Chili so soon after his arrival.

Our caretaker noticed something was off when Chili was walking. Quick observation by our on-site vet team determined there was a fracture. Within minutes, we made calls to orthopedic specialists and Chili was on his way for emergency surgery at the Animal Emergency & Referral Center of Minnesota.   It was a late night, all of us were very worried about him. 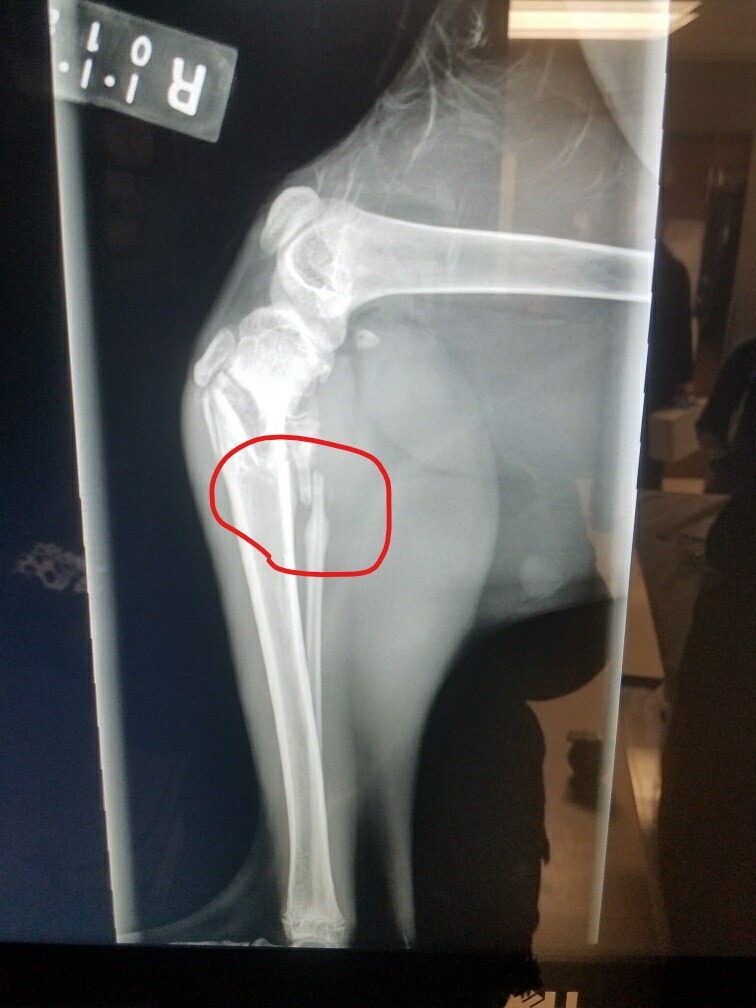 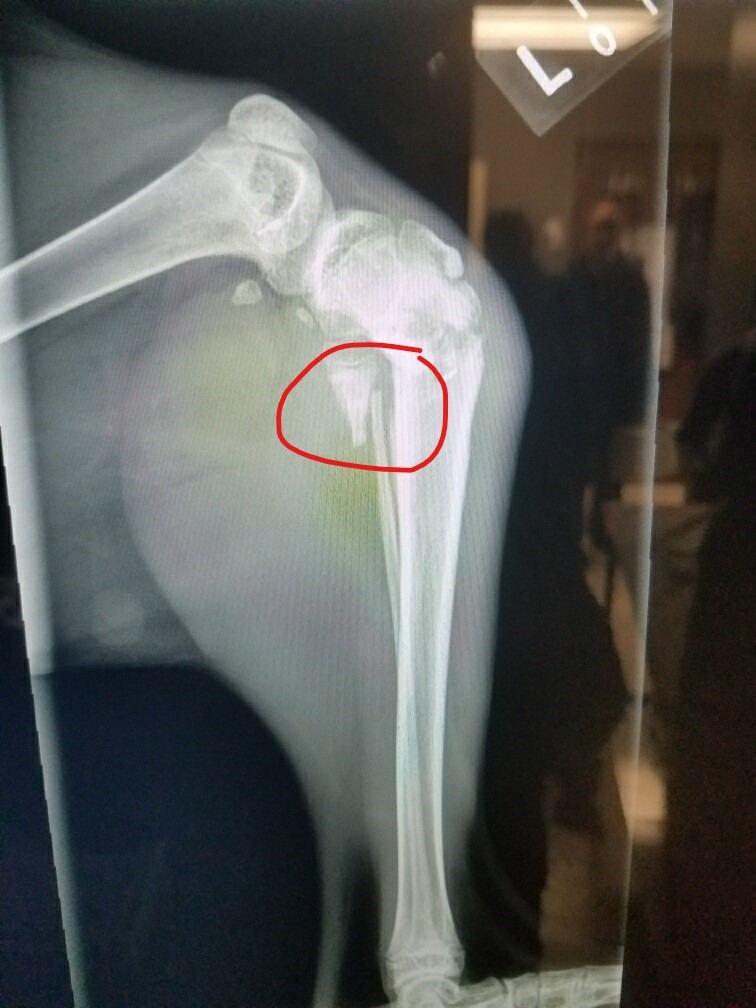 During surgery, there was concern that even plating both legs would be a challenge due the sponginess of the bones, possibly preventing screws from holding. But thankfully, the surgery was successful and Chili was up walking on his legs within days.

Chili was confined to a smaller space for several weeks. Our staff built him a tiny area near his family so they can be close by, while we ensure he heals.

We’ve been faced with something similar before, when cougar Andre arrived as a kitten with multiple fractures throughout his body.

We were excited that his follow-up radiographs showed the fractures healing nicely. We hope this is the last hurdle little Chili will face and look forward to him having a wonderful life here at the sanctuary with his family. 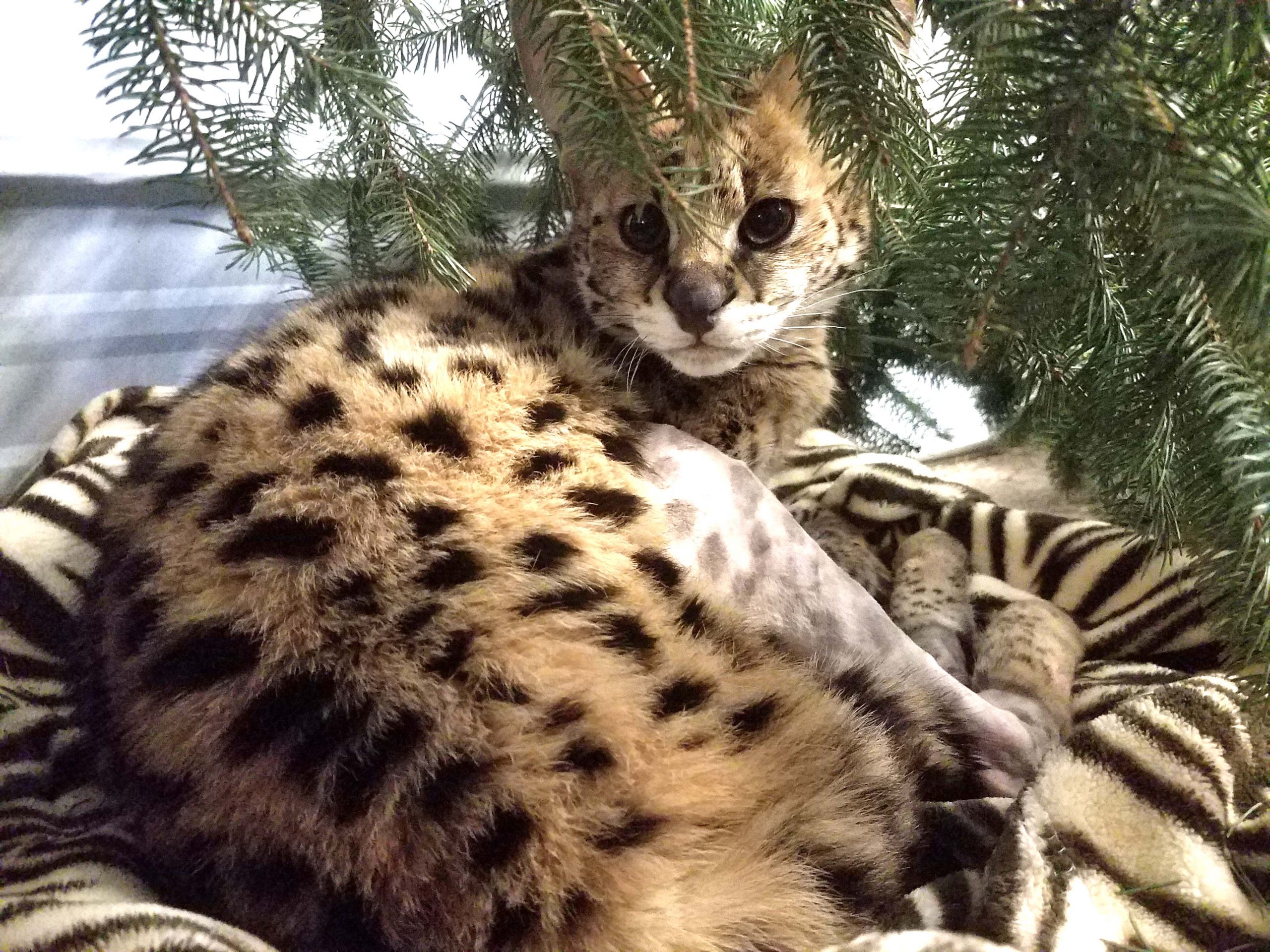