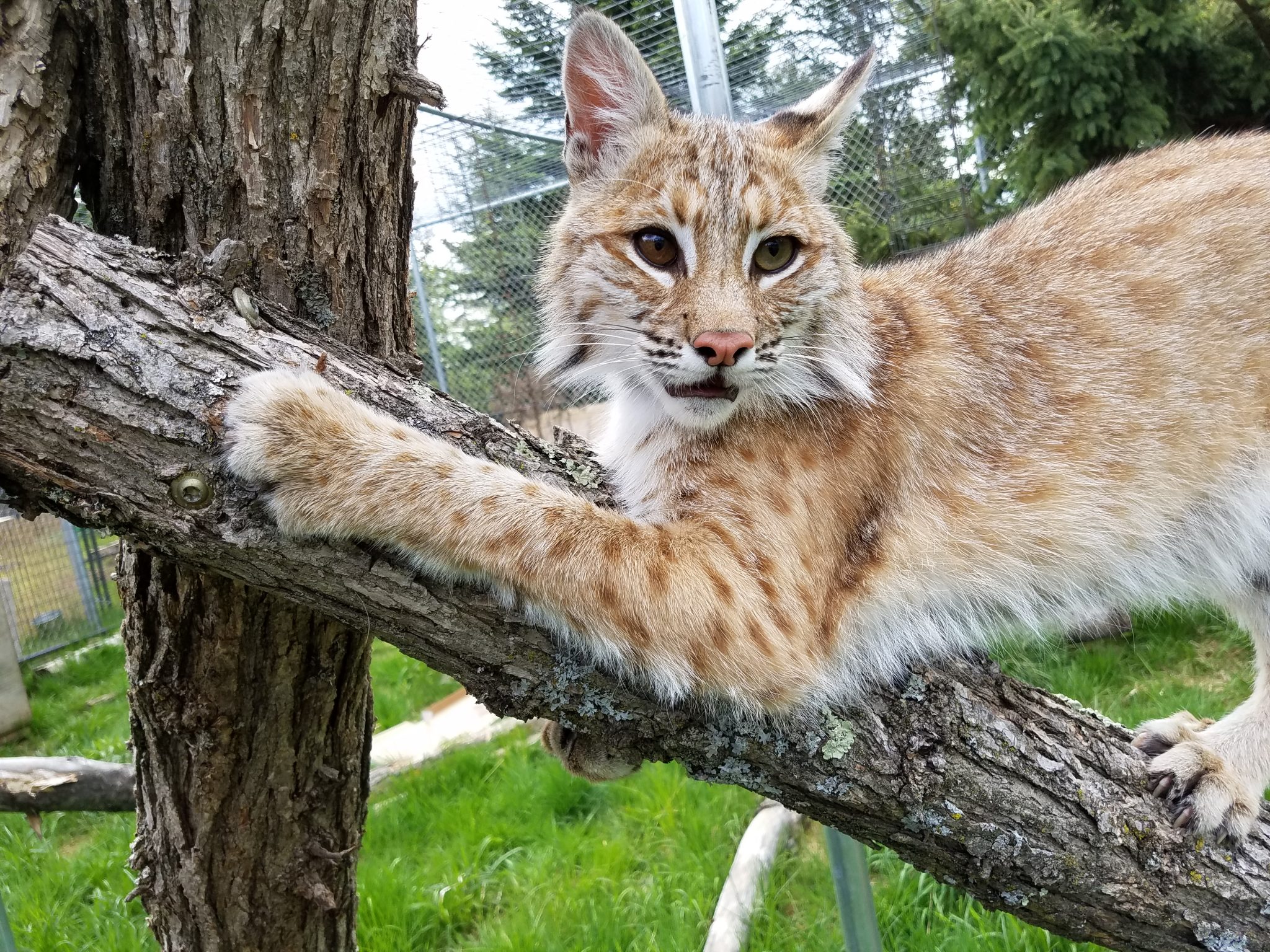 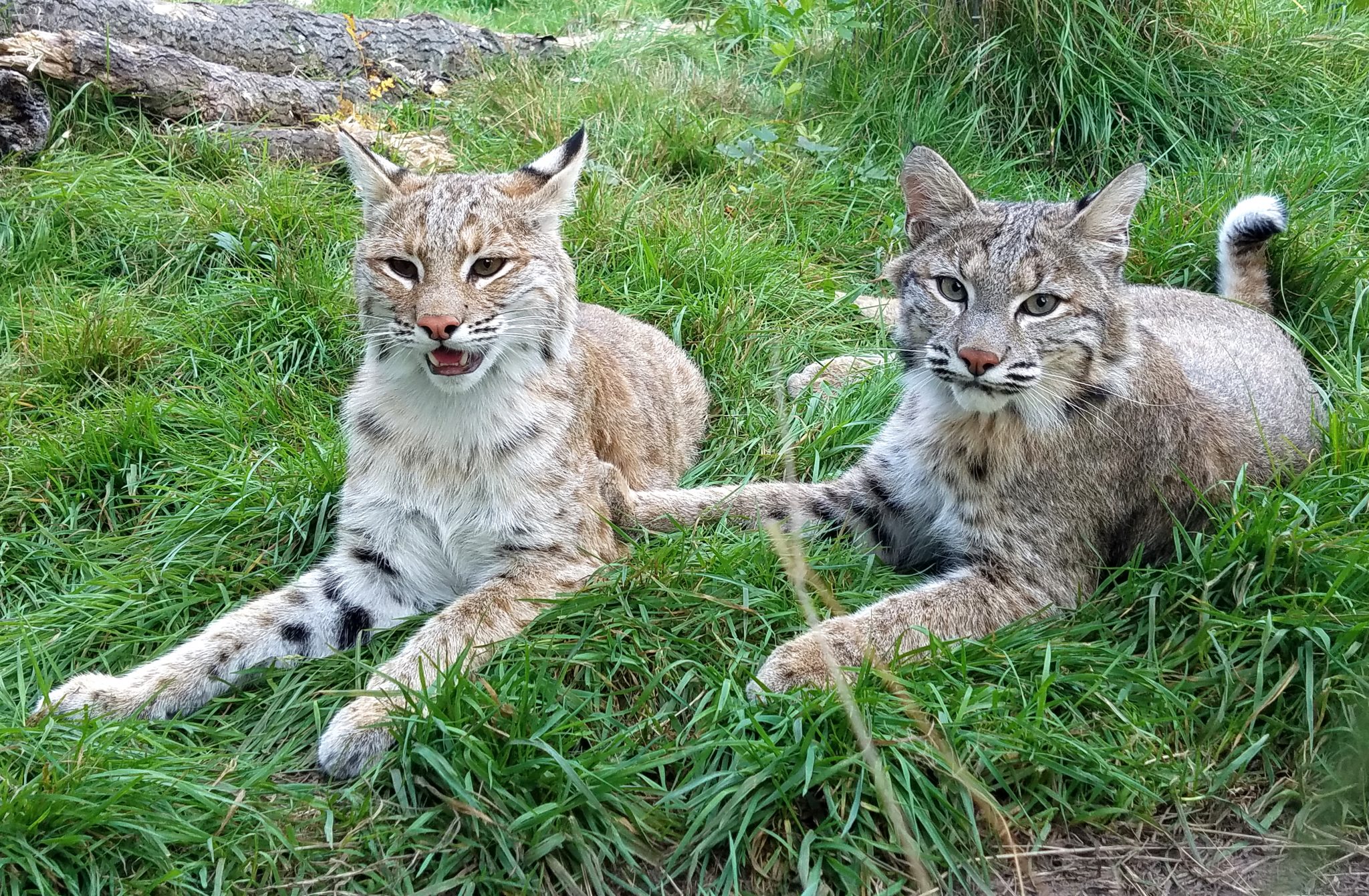 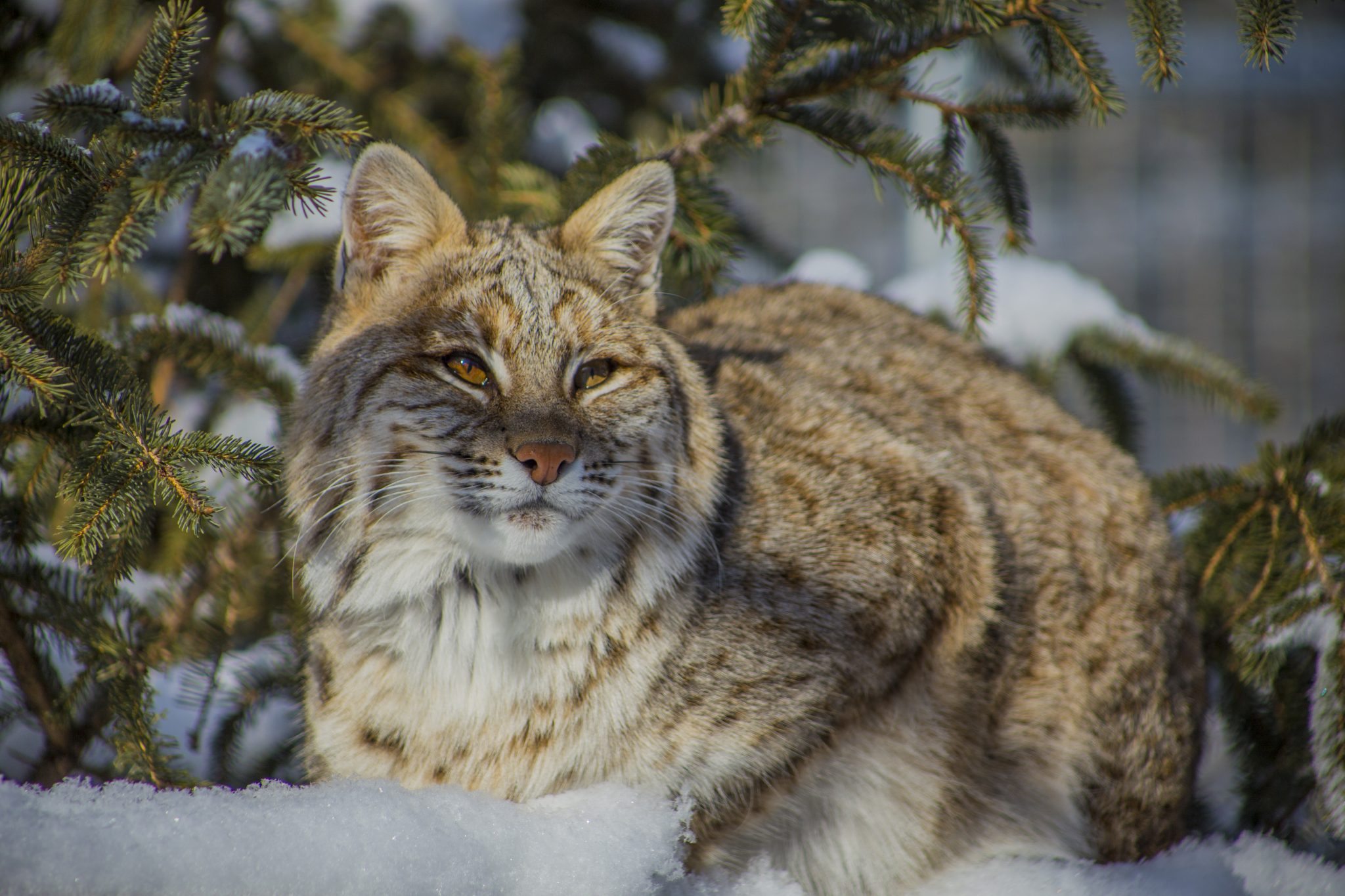 Copper arrived at the sanctuary in 2017 when he was nearly two years old.  As a 4-week old kitten, he’d been saved from a barn fire. His eyes had just been starting to open then. But, it was obvious, his right eye had been damaged by the fire. He also suffered burns in his mouth, on his paws and belly. 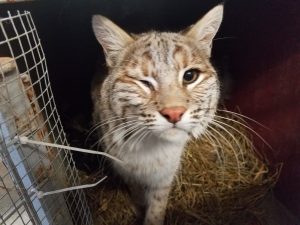 The rehabber he’d been staying with had given him a long period of ongoing care. But, she knew it would be impossible to release him back to the wild with any hope of survival. His damaged right eye was still weeping and had light sensitivity. She called hoping we could accept him at the sanctuary so he’d at least have a chance to live wild at heart with other bobcats.

Coincidentally, at the same time, we’d also been contacted about another out-of-state orphaned bobcat. We crossed our fingers that maybe these two might end up liking each other and become companions for life.

Happily, when Copper was sedated for his intake exam, the veterinary team found that his eyelid had been folded under all this time. His eyelashes were rolled inward, irritating his eye.  The veterinarian was able to unfold the entire eyelid, giving him full use of his eye.  We continue to monitor it, but it looks like Copper is finally 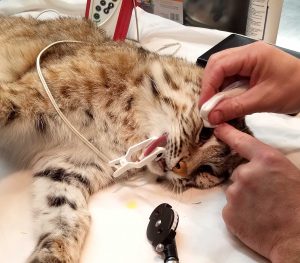 pain free. His eye appears darker than the other one, perhaps from the fire or perhaps he was born that way. We’ll never know.

The other bobcat named Archer came and we spent many weeks letting them have supervised playdates. Then, they were allowed an overnight together. Since all went well, they were permanently merged.

Today, these two are inseparable! And with their recently completed new habitat in the Wildcat Pines section of the sanctuary, their days are filled with so many choices of things to do. Skywalks, caves, platforms, trees to climb and nap in.

We can never replace what nature intended, but at least these two bobcats got a second chance at life.

Our sponsorship program is what makes a happy ending like Copper’s possible. Would you consider being his sponsor parent?  Or even a one time donation towards his care would be so helpful.

It’s easy to do using the buttons you’ll find at the top of this page.  Thank you!