Residents In Memory Esteban – In Memory 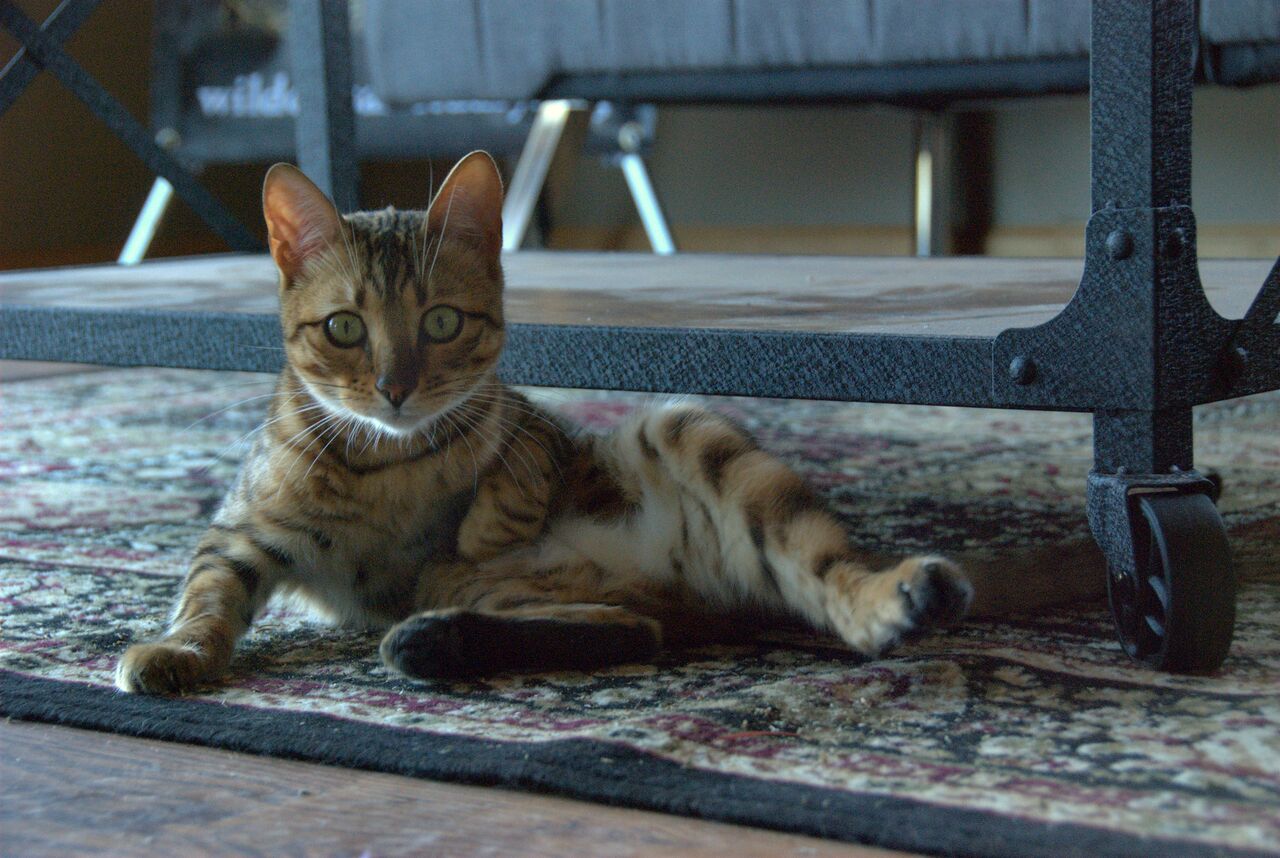 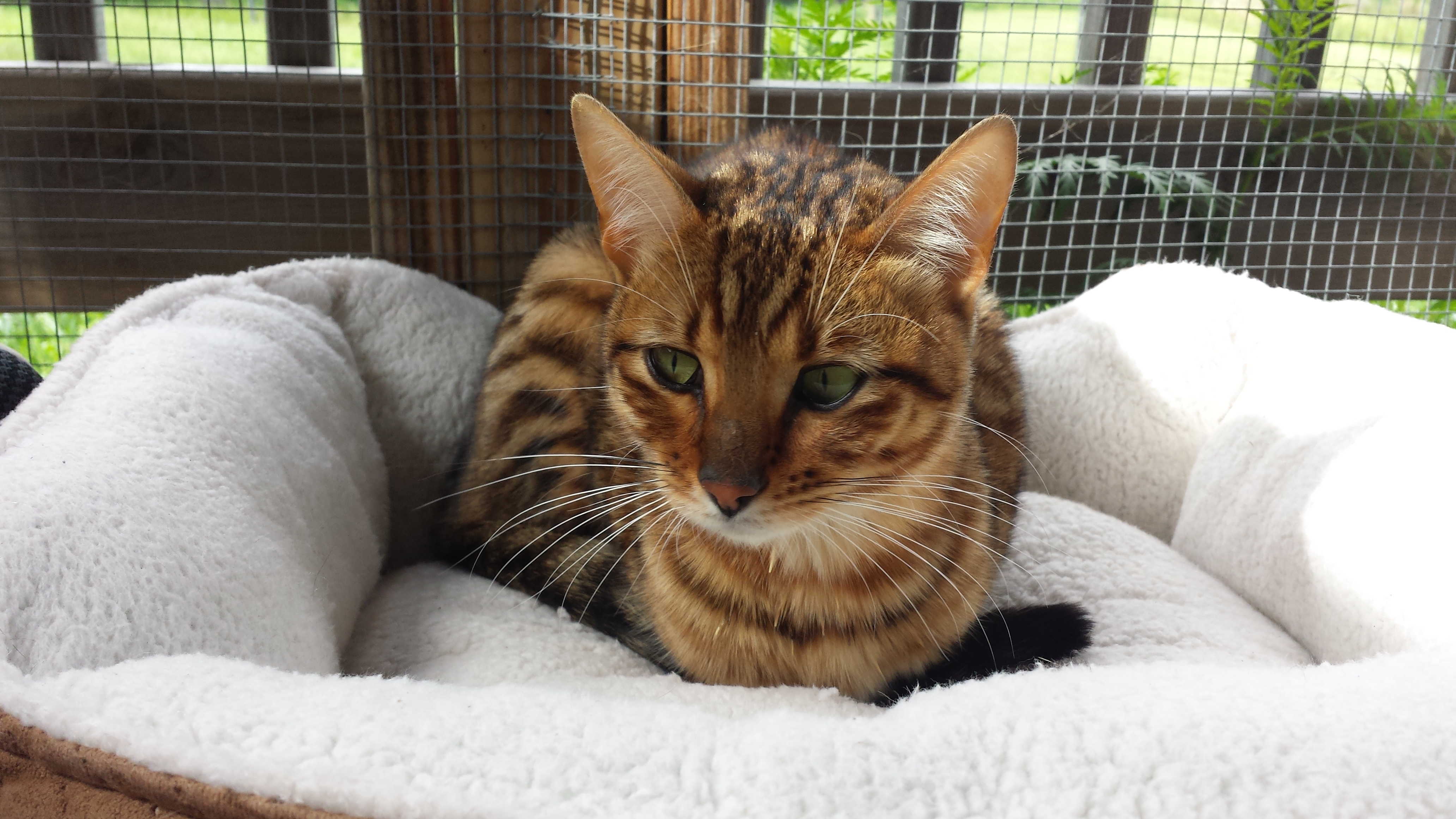 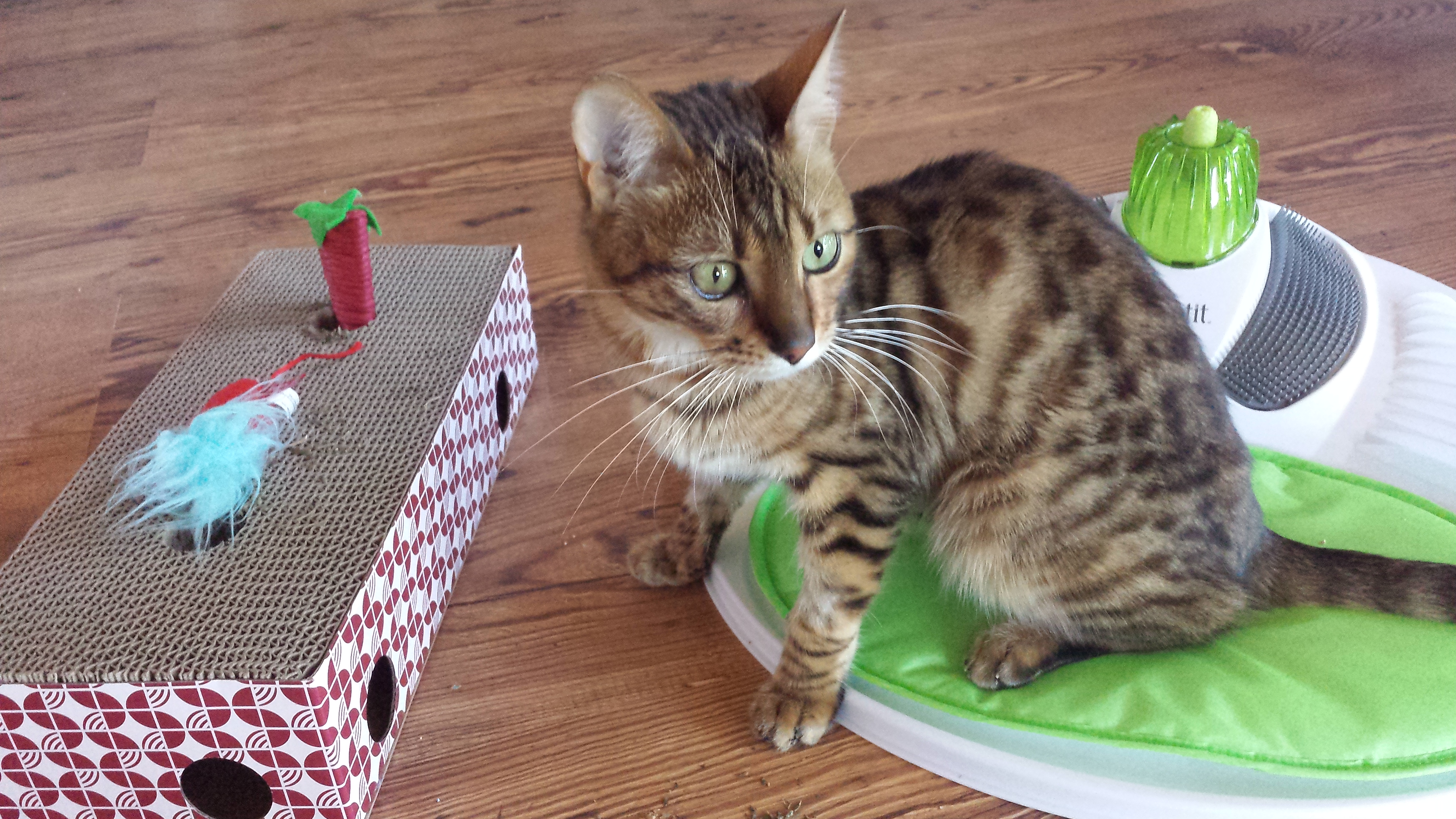 Esteban is a an energetic 10-month-old Savannah cat.  He was surrendered by his family when they could not get his chronic 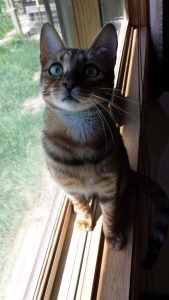 bloody diarrhea under control. They’d purchased Esteban from a breeder who never informed them of the common health issues of the breed.  After thousands of dollars of veterinary bills, tests, and treatments, they reached out to The Wildcat Sanctuary.

Esteban tested positive for Tritrichomonas and had symptoms of inflammatory bowel disease.  Both of these conditions are common in many Bengal and Savannah cats surrendered to The Wildcat Sanctuary. Read stories from hybrid owners here.

The owner also consulted the original breeder who would not accept Esteban back due to his health issues.

Upon arrival, Esteban received an intake exam where further tests were performed.  His diet was slowly changed and he was put on supplements and an anti-inflammatory medication to calm his GI tract. 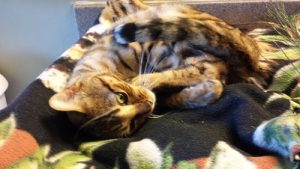 Within a few short days, he was having solid stools.  Treating the symptoms of IBD is a fine balance and, for the remainder of his life, he and his diet will need to be closely monitored.

Esteban loves people and is a huge cuddler.  He is very playful and does happy somersaults to have his belly rubbed.  He loves watching the birds out the windows and chasing bugs.

We will slowly introduce him to other cats, because that is the one thing he is not too fond of yet.

To meet him is to love him.  Esteban is the sweetest 11-month old kitten you could ever meet.  He’s very confident, loves everyone he meets and could have a whole life ahead of him….hopefully.

Esteban is an F3 Savannah Cat that was surrendered to The Wildcat Sanctuary just a few short weeks ago.  In those few short weeks, though, he’s become very special to so many. We fell in love instantly.

The owner had spent 10 months and several thousand dollars trying to treat Esteban’s chronic, bloody diarrhea.  We’ve accepted over 40 Bengal Cats, Savannahs and other hybrids into our Sanctuary.  Most were surrendered for territory urination and similar health issues including IBD – inflammatory bowel disease.

What we knew about precious 11-month old Esteban was:

Within a few days, we were able to get his IBD under control and he had formed stools. We really thought we were on the road to recovery.  Within the same week, Esteban began having an increased white blood cell count and fever and had to be hospitalized.

In just a few short days, we spent over $2,700 to diagnose and hopefully treat his illness:

The money and time we’ve spent is all worth it if we can give Esteban a healthy life and future.  If you had the chance to meet Esteban, you’d agree there was no other choice.  He is absolutely worth it.

Esteban responds well to antibiotics for a short time, but then his fever returns.  We’re continuing to try new antibiotics, as we wait for further test results, in hopes these will help.

But rest assured, Esteban is comfortable.  He’s enjoying the personalized attention and love we’re showering him with. We have his best interest at heart.  How could we not, he already has ours.

Unfortunately, it has been confirmed that Esteban has FIP, and it is terminal. We will keep him comfortable as long as we can and hope that his story and case can contribute to more information on FIP and a cure.

Esteban now has his wings 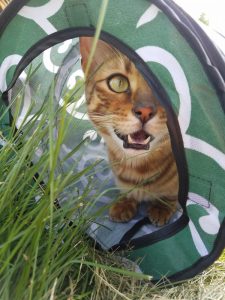 I knew this day would come.  I even prayed that when it was time, there would be a clear sign and it would go fast.  We knew he was terminal, and we didn’t want him to suffer.  Even though all of that came true, it still doesn’t make letting him go any easier.

He was full of life, even as his body was ailing.  He was the sweetest kitten and always wanted to snuggle, cuddle and show you he loved you back.  He was playful and ran relays down the hallway and especially loved his walks on the deck outdoors.

His little voice was one-of-a-kind and he liked to tell you when he was happy, but also annoyed.  He was good at having conversations and always answered back.

He was more subdued the last few days but there were no other major differences.  We knew there was a possibility of the disease moving to his brain, especially after it had affected his eye.  We increased treatment and monitored him closely. 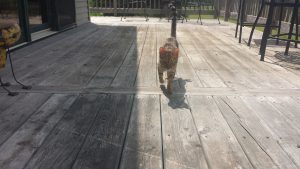 On his last day, he had a great morning and kept to his routine.  His meow greeted me at his door, he wanted treats right away, he trotted down the hallway onto the porch.  It was like all other wonderful mornings with Esteban.

But late that morning, something was different.  He was walking across the desk when his legs gave out.  He lay where he landed and chose not to get up.  He almost looked like he was falling asleep.

A few minutes later he was up eating and drinking water.  On his walk back, he became wobbly, sat down and began to star gaze and looked as if he was falling asleep again.  He was having neurological symptoms, the next stage of the disease.

Our vet came to see him.  We tried a few more treatments to make sure supportive care wouldn’t help.  It did a little, but Esteban was still not himself.  He spent the afternoon comfortable, being showered with love, and playing on the deck in between his spells, but we knew it was time.  The next stage would be seizures and he deserved to get his wings while he was still comfortable.

He can now reach the birds he loved to watch. Even though this is one of the saddest days I have experienced in a long time, I still feel unbelievably lucky.  The few months I spent with Esteban were some of the most special I can remember.  He only arrived a few months ago, but he was as loved as

if he was one of the first.

Esteban, thank you for sharing what time you had and making the world so special. FIP may have given you your wings, but we hope your story raises awareness for this awful disease and one day we can give the happy news that there is a cure.

If you’d like to make an in memory of Esteban gift to help more cats like him, his legacy can live on.  TWS will be making a one-time gift to FIP research in his honor in hopes that one day no cat family will have to suffer another loss from FIP.

Thank you so much for being alongside us through Esteban’s journey.