Residents In Memory Felicity – In Memory 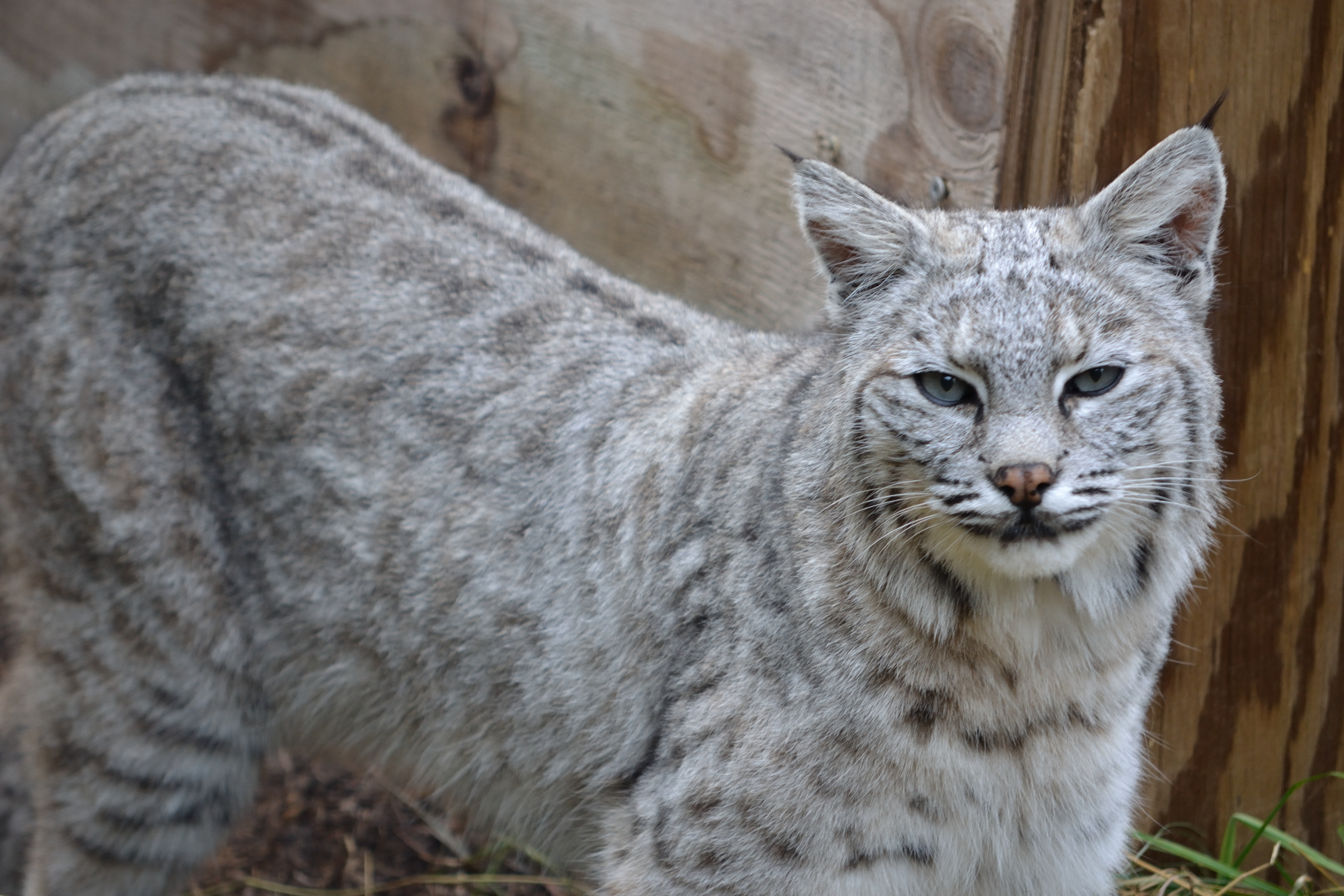 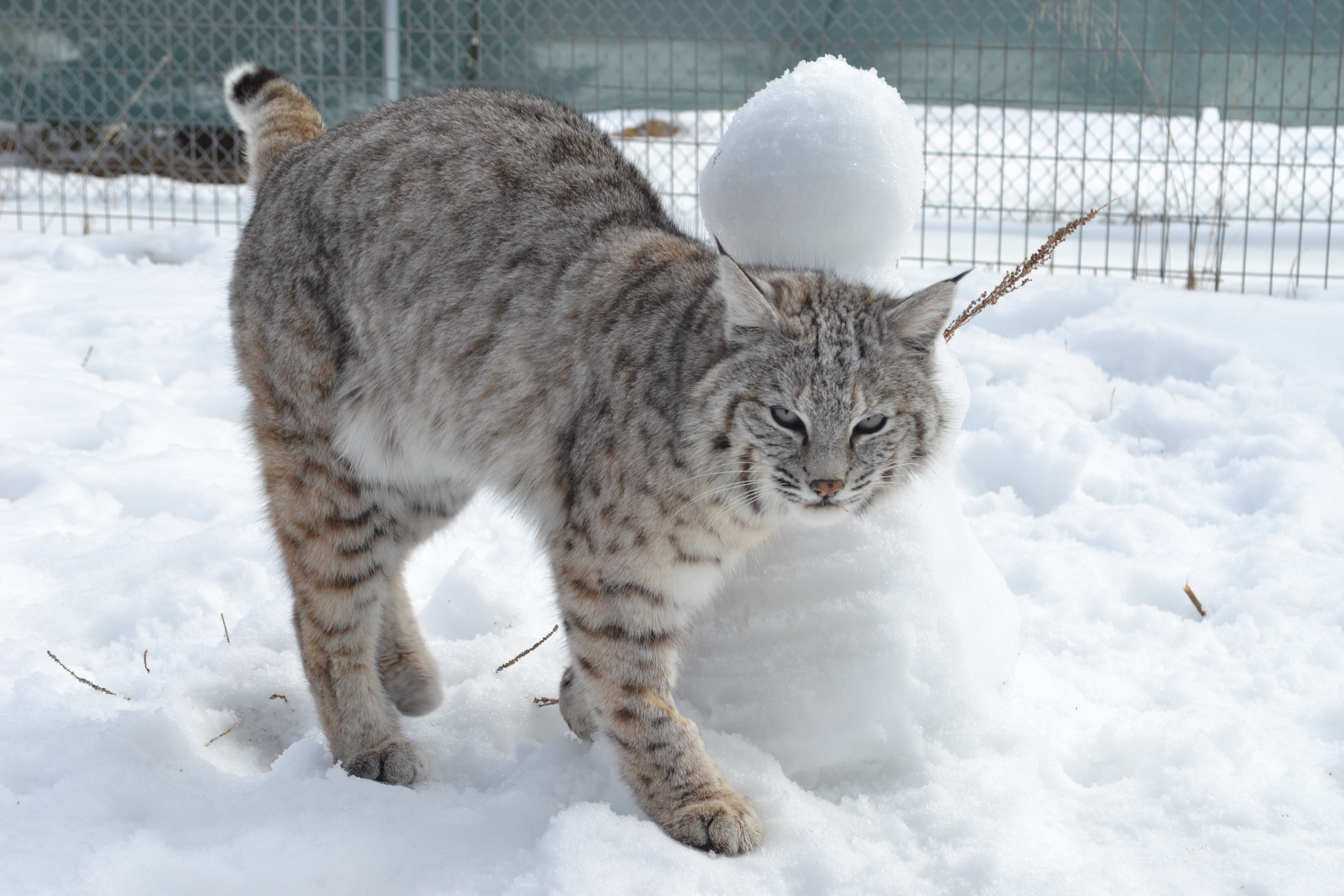 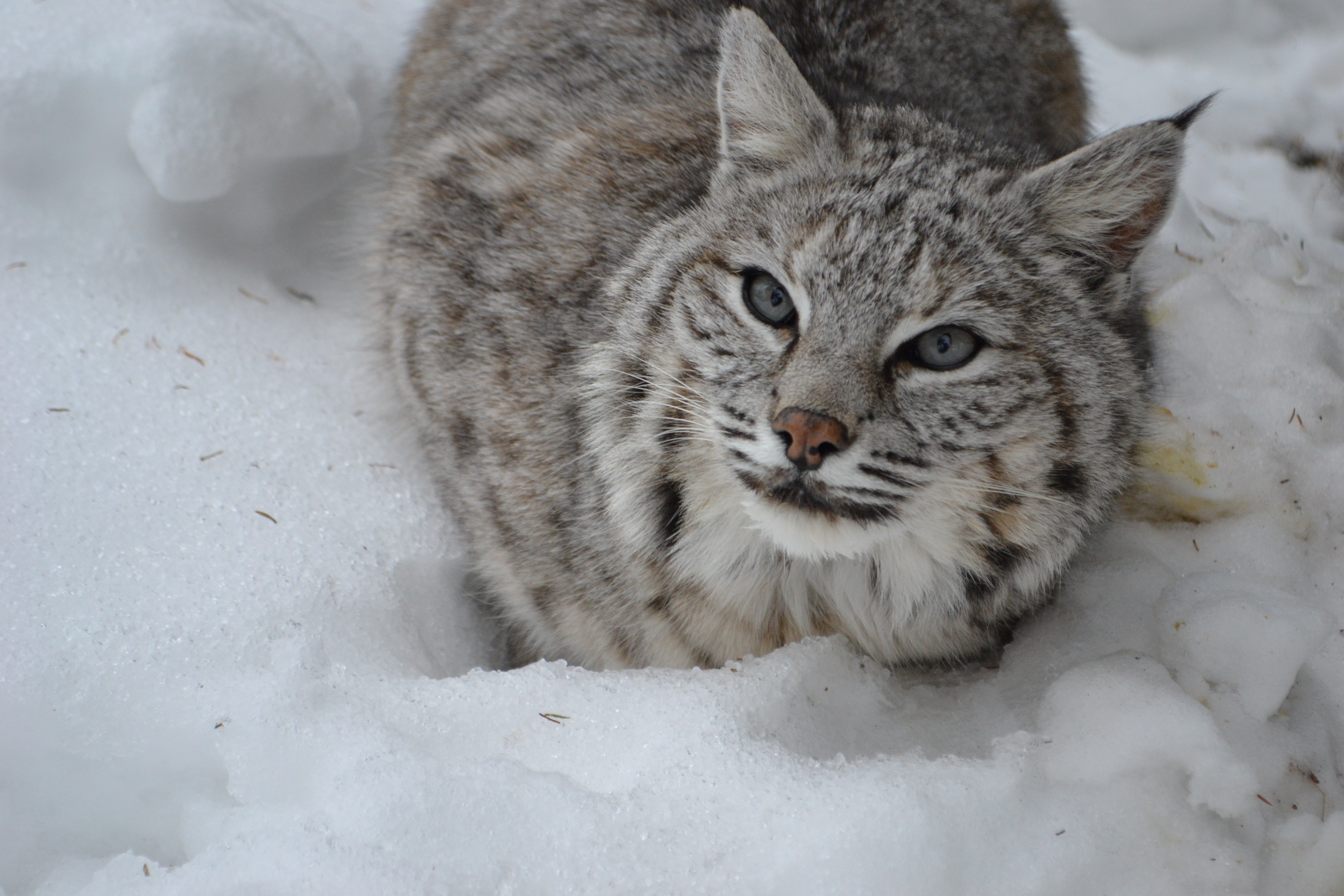 We received a call from a Minnesota owner of four bobcats looking to relinquish them.  His 3-year old 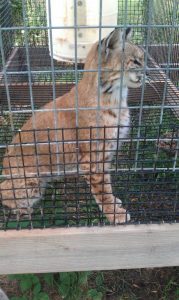 granddaughter had a very close call while near one of the cages and the owner was also scratched severely, requiring stitches.  His family convinced him to reach out to The Wildcat Sanctuary in order to spare the bobcats’ lives.

The four bobcats had been purchased online from a Montana breeder.  The owner’s intention was to breed them here in Minnesota and eventually kill them for their pelts.  Montana breeders have been selling kittens for decades, for as much as $1,750.  They will ship the cats anywhere, apparently with no questions asked, as long as the buyer can pay. 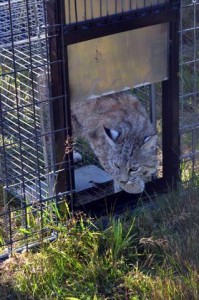 Sadly, in order for the owner to remain detached, none of the bobcats had been named. We agreed to take them in, since we were concerned about the safety of this family and the lives of these bobcats.  All of our permanent enclosures were full, so we quickly built temporary habitats for them.

The bobcats lived in 4×8 wire suspended cages in the owner’s backyard.  The pick-up went extremely well and the owner was very helpful. Once we safely captured and  transported the bobcats back to the Sanctuary, our vet performed intake exams, as well as spay and neuters, on them.

Three of the four bobcats will need full dental treatments due to advanced dental disease.  Two of the bobcats were spayed and neutered right away, with the remaining two scheduled soon after.  All were treated for intestinal parasites, too. 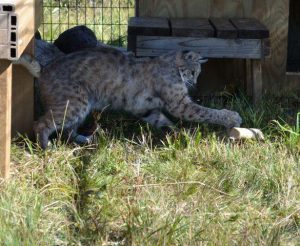 Having never felt grass under their paws, this would be the bobcats’ first opportunity.  It was a joyous moment when they were released into their habitat here at the Sanctuary.  They began acting like kittens, exploring their new areas, tossing their enrichment high into the air, batting it around and rolling in the grass and on the different scents.

We could hardly contain our tears as we watched them jumping from hammock to den, marking and hugging everything in sight.  What a great day providing a home to these wild cats in need, giving them a second chance at life!

We are so thankful they are with us, too!

FELICITY HAS A NAME NOW 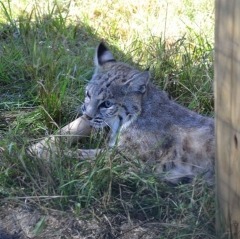 Charlene Boden won the naming rights of the blue-eyed single female through our eBay auction.  She chose the name Felicity for her.

Felicity means “Happiness.” The name couldn’t be more fitting since she’s now enjoying true happiness in her new home at The Wildcat Sanctuary.

She’s having so much fun with enrichment and everything we give her. She’s the most acrobatic of all four of them when she plays.

Blue-eyed bobcats are rare, so she is indeed a beauty!

It’s been a few months since Stelter, Brianna, Felicity, and Hamlin were rescued and brought to our Sanctuary.  And my, oh my, how life has changed for them!

You can tell, from these pictures, they’re so happy they literally kiss the ground they walk on!!

We have 106 residents, 47 are senior or geriatric with 27 of those being over 15 years old. The hardest part about rescuing so many cats is that they will one day leave us. It never gets easier and it tends to come in waves.  It can feel too much to bear sometimes.  But we know we have to continue, we have so many animals that count on us.

Even with all the heartache, we know we’re giving them a life of dignity and our job is to say good-bye while keeping that dignity intact.  I feel so blessed to have the caretakers, managers and veterinarians that we do. They’re so empathetic towards each animal and there is always love and appreciation for every individual cat, even as we say good-bye.

Felicity was one of the most beautiful bobcats you’d ever see.  She had a silky silver coat accented with ice blue eyes.  She didn’t crave human contact, but enjoyed her life.  She was a bobcat who was truly wild at heart.

Felicity spent most of her life confined to a small suspended wire cage in a backyard before coming to The Wildcat Sanctuary. She was purchased to be bred and pelted for her fur.

She felt grass under her feet for the first time here at The Wildcat Sanctuary.  Felicity spent her days rolling in the grass or snow, rubbing on enrichment and especially enjoyed playing in her vegetable paints.

Saying good-bye to our older cats is hard enough, but saying good-bye to a younger cat is even more difficult. Felicity was just seven years old and seemed quite healthy. She would play, come up to eat and spend her nap time on top of her den, which was her favorite spot.

Felicity passed away from a bacterial infection that was sadly resistant to the antibiotic treatment. As the infection progressed, she had a high temperature and her liver was shutting down. The findings were confirmed by blood work and a necropsy.

It was a sudden loss that shocked us all.  But we’re so grateful she was able to do what she loved up until the day we said good-bye.  She did not suffer and went peacefully while being monitored by caretakers who loved her so.

Felicity, your beauty was more than just your eyes and fur coat and you will be missed by us all.

Three major news media stations were on-hand to cover the story of their rescue.  You can watch their coverage here: