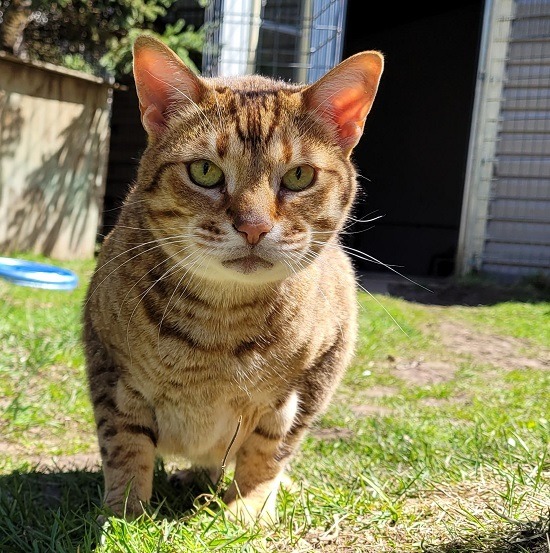 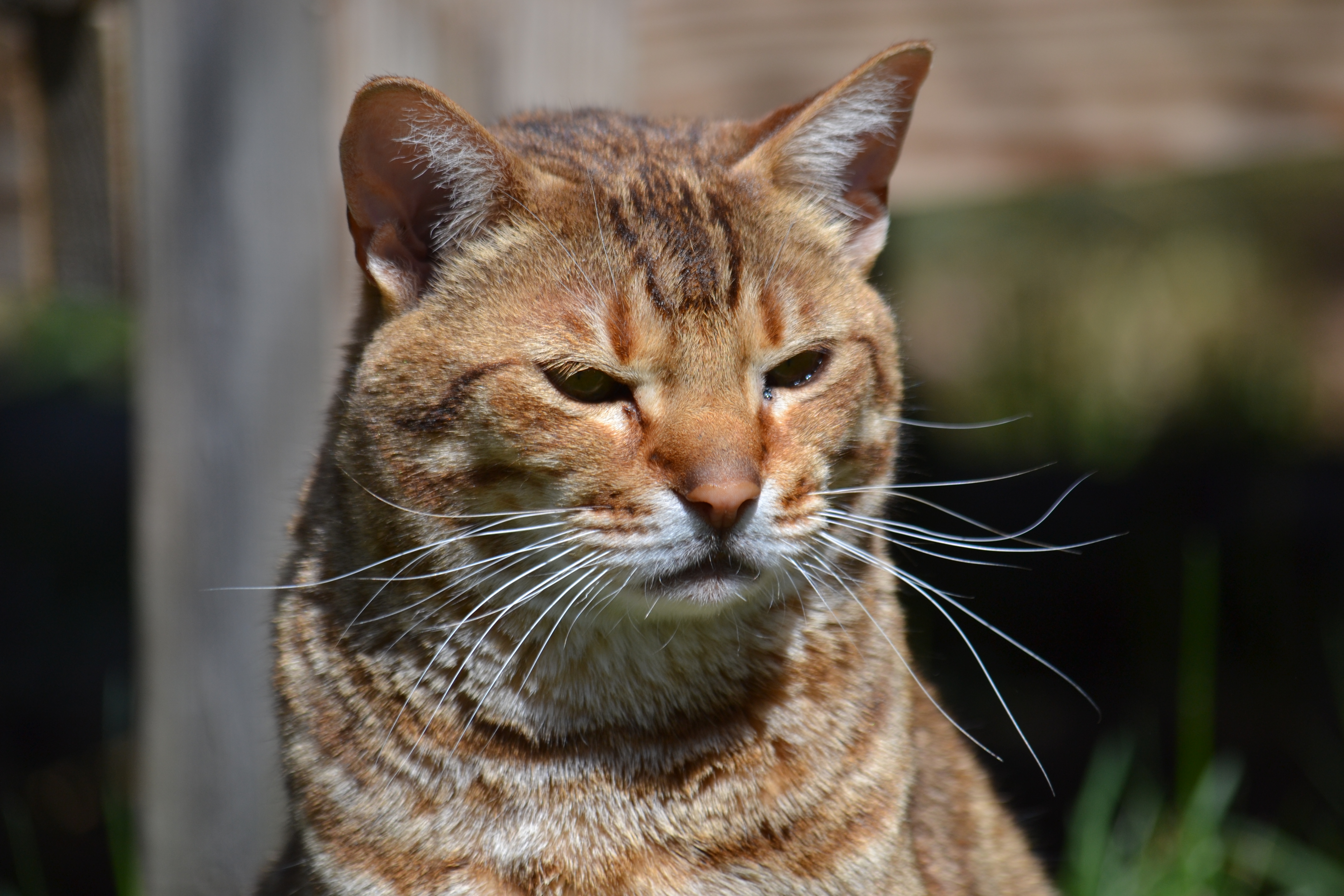 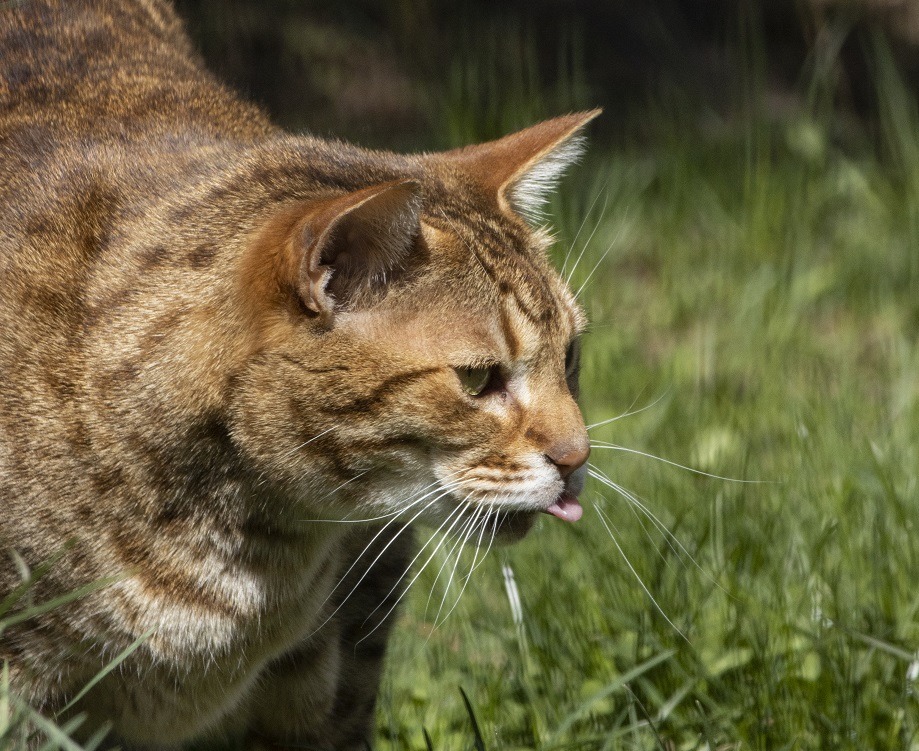 Felix is a male, domestic Bengal cat who came to The Wildcat Sanctuary in 2019. He was eight years old at the time.

Our hearts broke when we read Felix was being scheduled for euthanasia if a rescue group could not accommodate him. He’d been surrendered to Animal Control here in Minnesota.

His owner reported he was becoming more and more aggressive. Having moved many times and now introducing a dog to the home was apparently causing Felix stress.

As his aggression increased and he lashed out, the owner felt more and more threatened by him and locked him out of his room, spending less time with him.

At Animal Control, Felix shut down. He wouldn’t eat, drink, or urinate. We knew we had to step in to save Felix.

Our veterinarian picked Felix up and did a full exam. He’s a healthy boy who is very scared and doesn’t trust anyone right now. Who can blame him?

As with so many others, it will take time for Felix to understand he’ll be loved unconditionally here at the sanctuary.  We’ve worked with many hybrids before who’ve been in similar situations, through no fault of their own.

With patience, and tender loving care, he’ll settle in and learn to enjoy the life we’ll be able to provide him. He’ll join other Bengal cats in the Hybrid Haven section of the sanctuary. 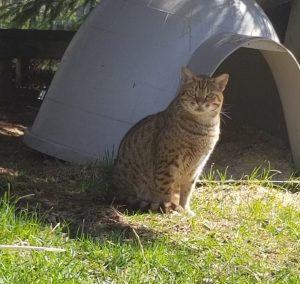 He’s actually coming out from his safe spot, even sitting on top of his perch, being very bold and brave while caretakers are there with him.

It can take some cats such a long time to learn to trust again, to turn that corner. Felix had already been through so much and every one had given up on him. But not us….and not YOU!

Caring for a wild cat for life can be quite expensive. Our sponsorship program helps support the cats’ care costs and allows you to form a special bond with them. Would you consider becoming Felix’s sponsor parent?