Residents In Memory George – In Memory 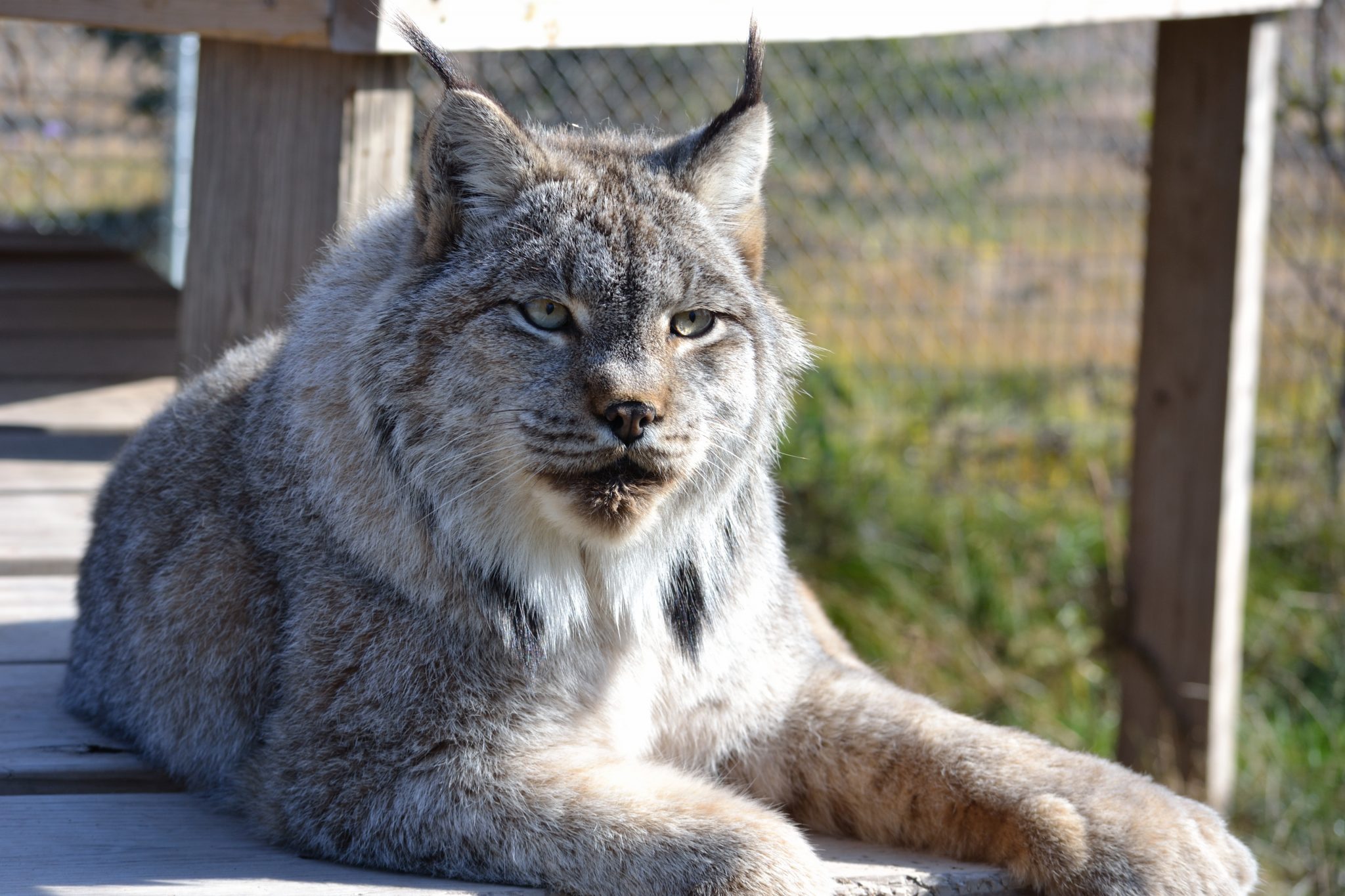 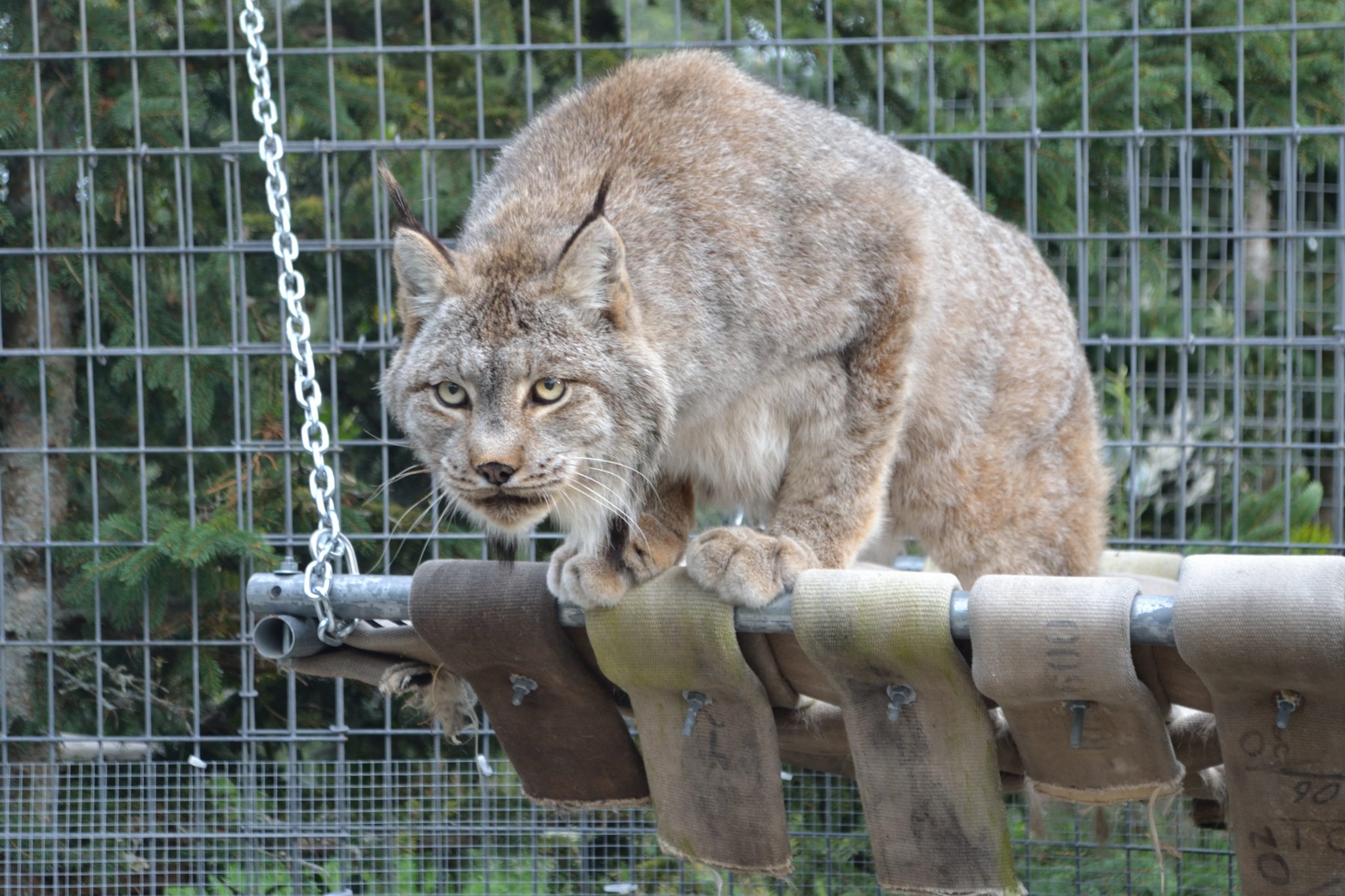 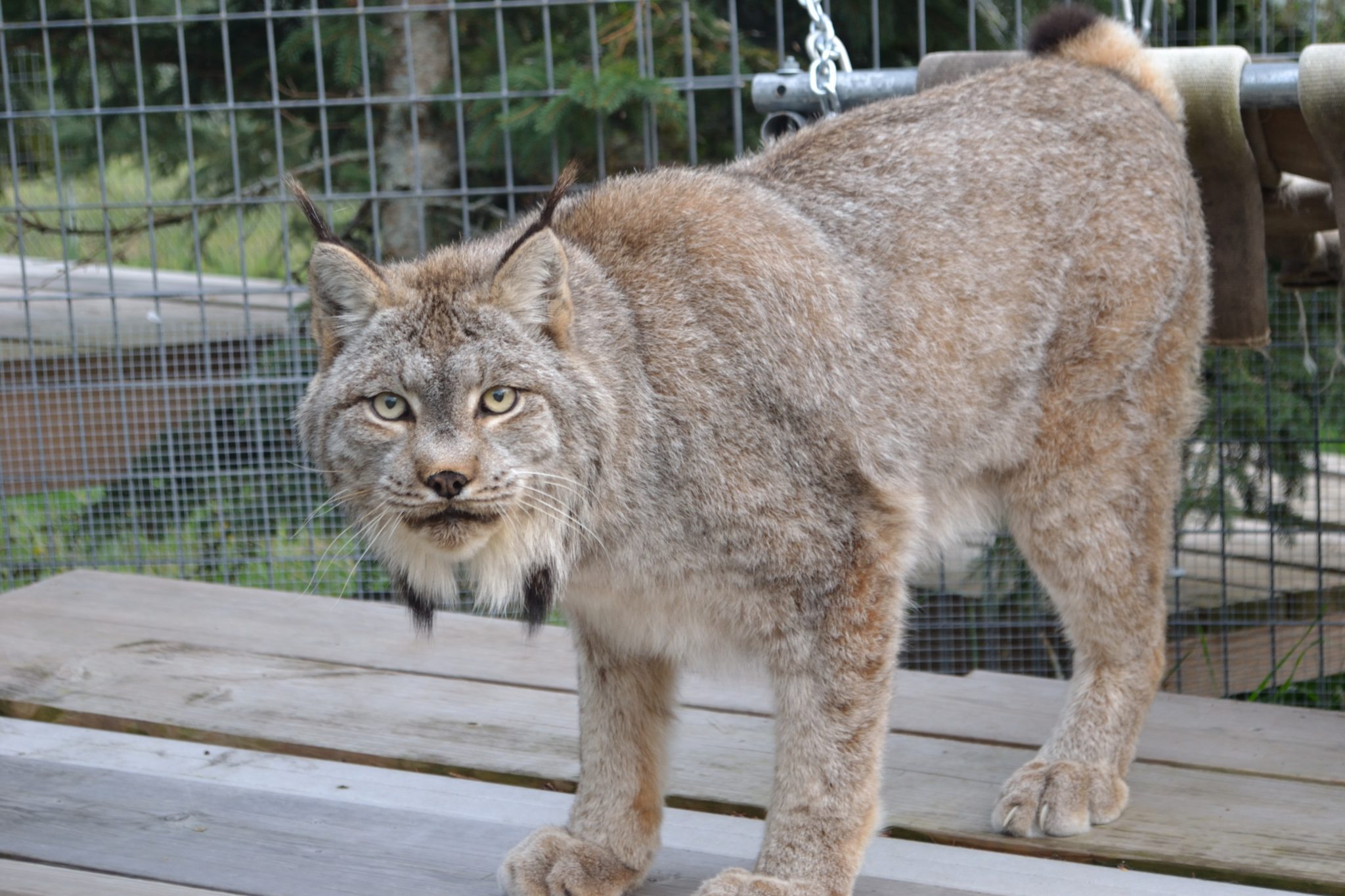 George, a Canada lynx, lived at a safe haven sanctuary in Colorado. The sad part is, the sanctuary was not receiving enough funding to continue to care for the animals. The Director made the very difficult decision to start placing animals at other facilities in order to ensure they received the proper care. It must be so humbling when one is faced with such a decision.

George is very apprehensive of people and is very protective over his companion Kajeeka, who is deaf and blind. The bond they share is amazing and very special.

George originated from a fur farm where his life would have ended at 2-years-old and his pelt used for a coat. Luckily, someone intervened.

George has a physical deformity, which is common in many fur farm animals. His knee on one leg is not attached and the bottom half of his leg faces sideways. An x-ray showed it could not be corrected with surgery and could only be amputated. A

At first the leg didn’t bother George, but within a year at The Wildcat Sanctuary, you could see it was beginning to cause him pain. We chose to remove the leg and George hasn’t missed a beat.

There are many different personalities when it comes to the residents here at TWS.  We have the loud ones, the shy ones and of course the show-off all the time ones.

And then there was George.  George was calm, cool and collected and never bothered with any of his neighbors’ antics or dramas.  He was the picture perfect lynx, often lying on his perch with his face to the sun just enjoying the moment.

He needed nothing from us humans in the way of attention. But given his gentle nature, everyone who met him fell in love with him.  Out of all of the residents, he had the most sponsor parents and I believe it’s because of his love story with Kajeeka.

George and Kajeeka arrived at the Sanctuary in 2006.  Kajeeka was mostly deaf and blind and George was her caretaker.

He would always let Kajeeka come and get her piece of food first and would never try to steal it away from her.  They were always together, often lying under a tree or sleeping curled up in their hammock.

They also loved enrichment, anything strong smelling would get them rolling around and they loved to paint together.

Then a few years ago, Kajeeka became ill and passed away, leaving George alone.  We worried he wouldn’t be far behind her, but he proved to be very strong.  Even after losing a leg, due to genetic issues, he endured.

When we moved him to a different habitat, he surprised everyone by crawling up to his top perch, five feet above the ground, and this was his new favorite spot.

About midway through the fall this year, we noticed George wasn’t moving

around as much and his remaining back leg was starting to bow out when he walked.  We decided to move him to our Quarantine area so he could have flatter ground and we could keep a closer eye on him.

More recently, he lost his appetite both for food and for enrichment. We brought him to the vet for x-rays.  The x-rays showed a great amount of deterioration in the joints which meant there was pain involved.

He was put on a pain medication but, after a month, it was obvious it wasn’t enough.  After discussing with all the staff and vets, we made the difficult decision to help George pass.

We let him know that he was going home to be with Kajeeka again and would no longer have any pain.  Separately, George and Kajeeka were halves but now together, forever free, they are whole.  So this is goodbye my dear George, may you ever rest peacefully with your love.