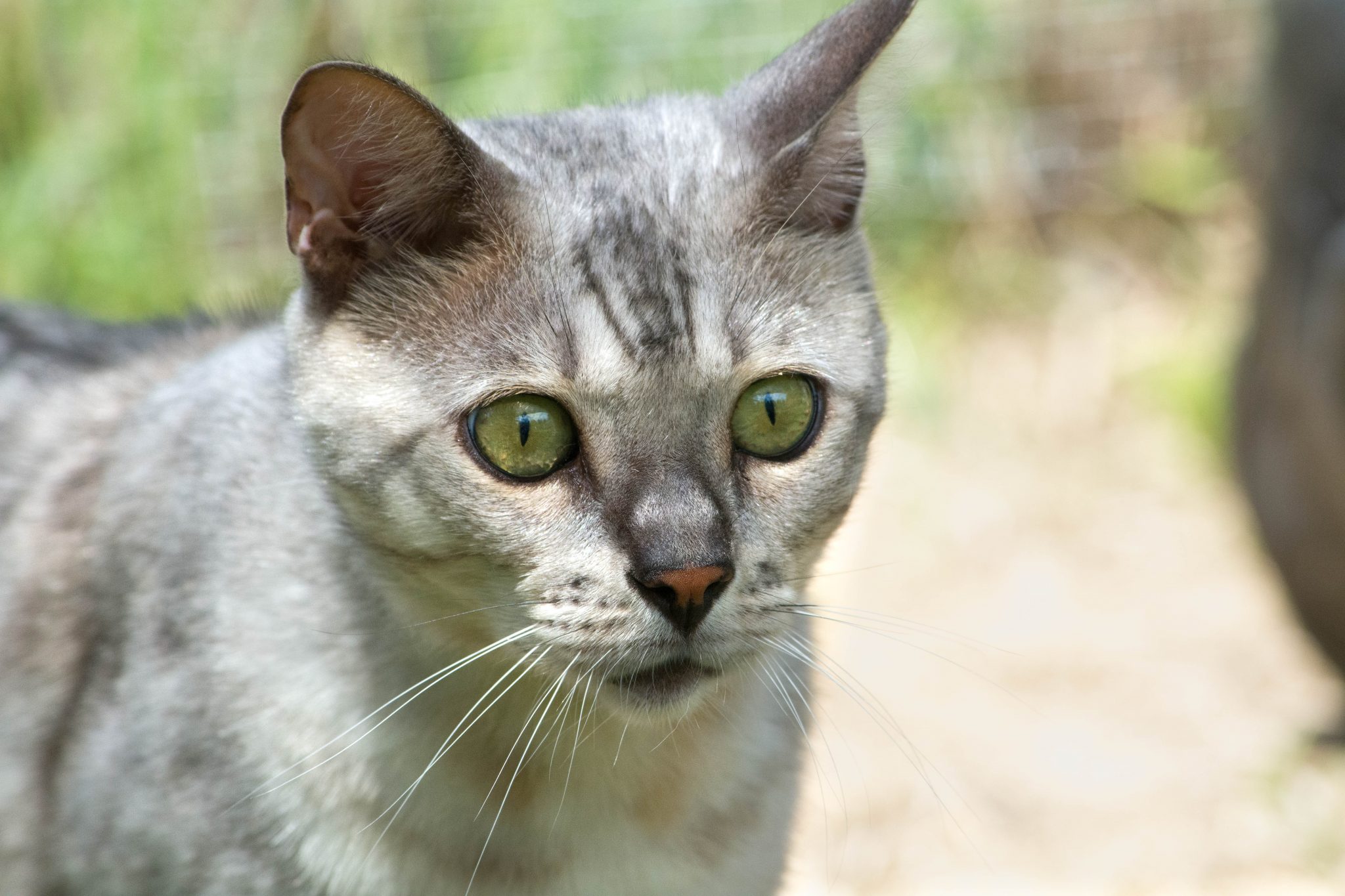 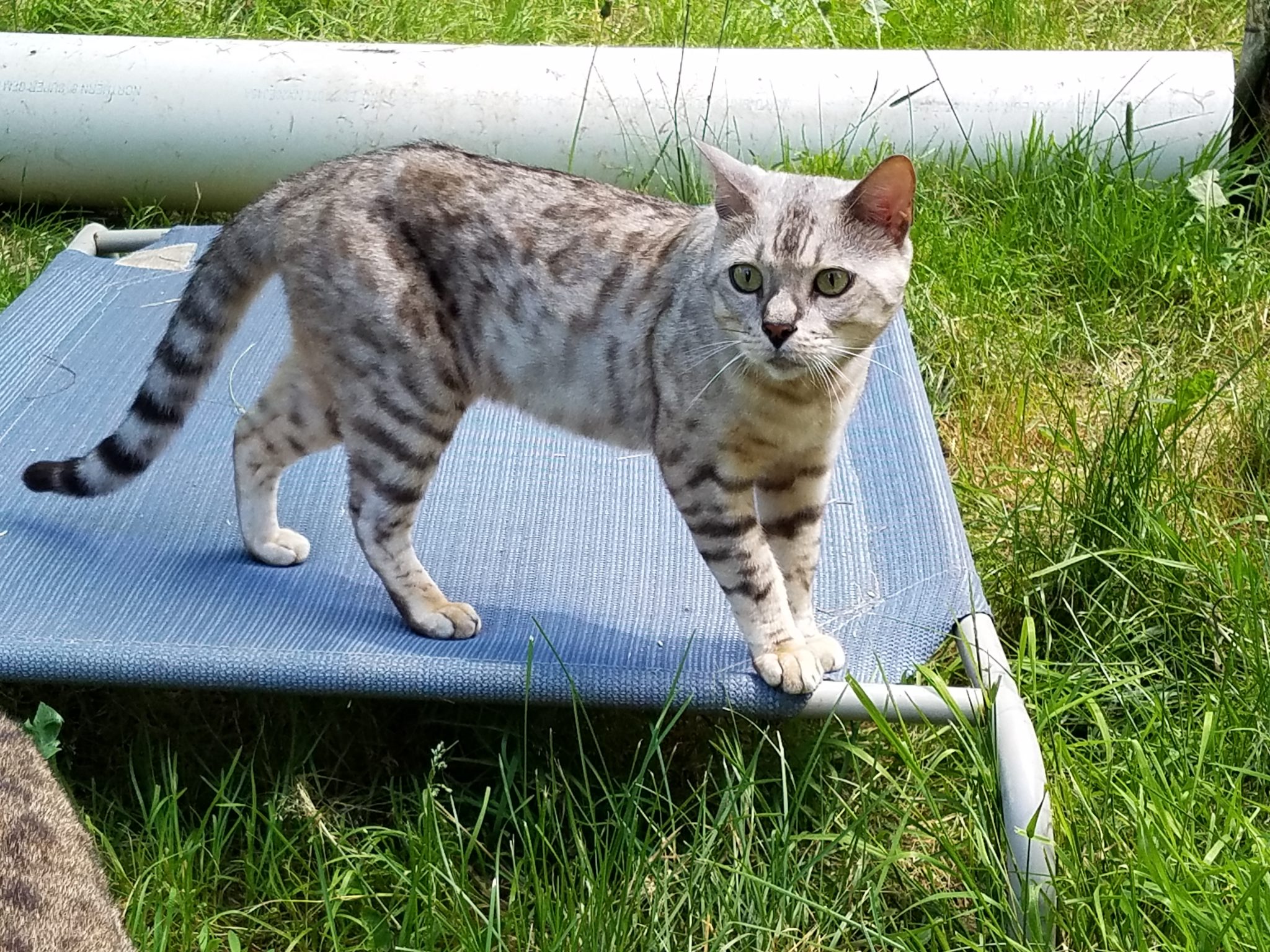 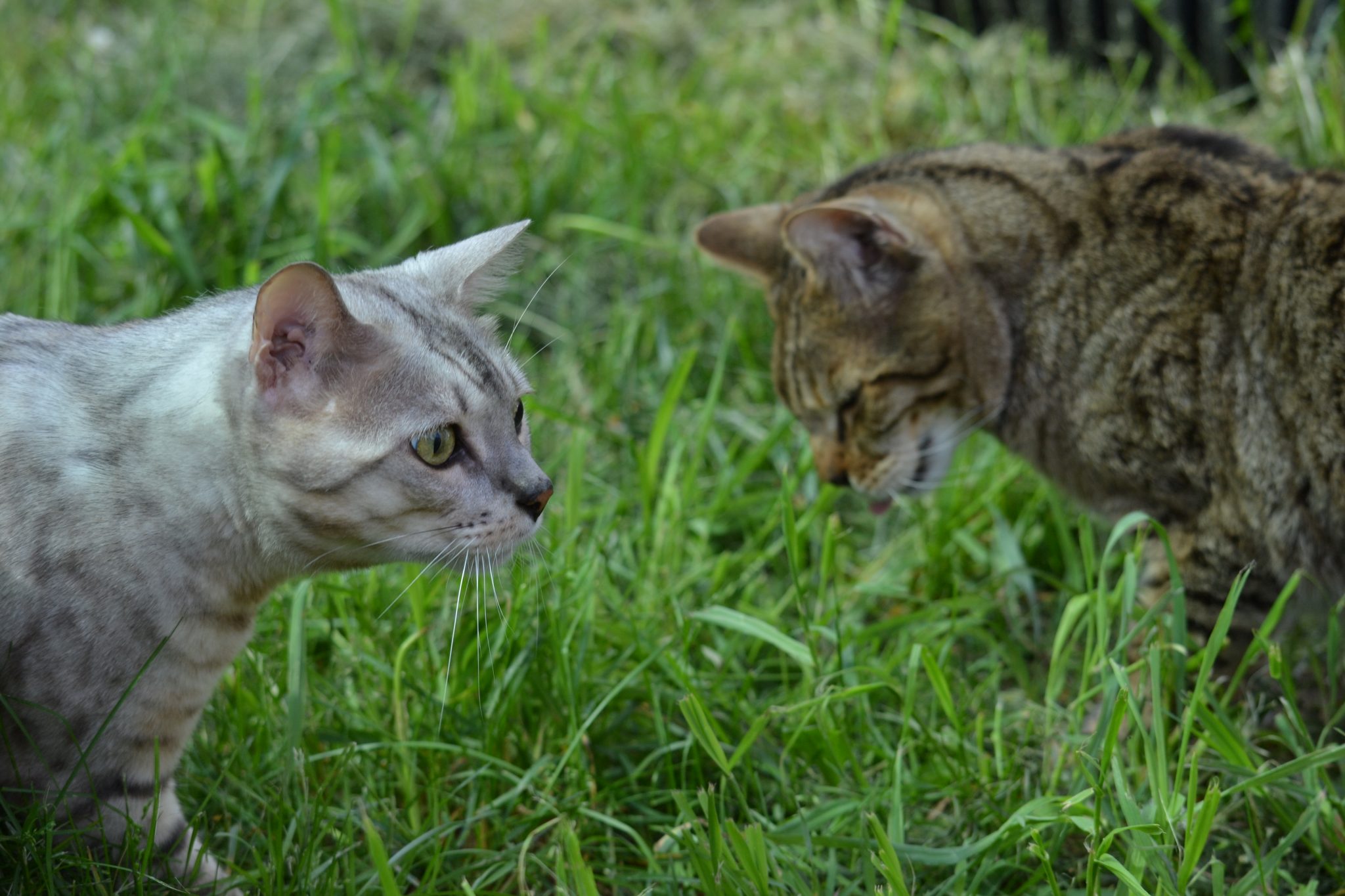 Harley is a male, Bengal cat who arrived at The Wildcat Sanctuary in 2017.  He was just two years old at the time. We’d received an email from Animal Control.  An intact Bengal cat had been surrendered due to the owner not having enough time for him.

Our program for domestic Bengal cats was full.  We’d been spending several months building a new area for our hybrid cats who won’t tolerate living with other cats. But, when we heard this cat couldn’t be handled, we knew we were his last hope. Harley had been deemed unsuitable for adoption.

Per their protocol, Animal Control performed his exam, neuter, vaccinations and tests. We were devastated to find out he tested positive for Feline Leukemia. Our hearts broke. The shelter performed two more tests.  He was faint positive again.

A decision had to be made. Do we allow him to be euthanized?  We cannot knowingly accept a positive cat into our Bengal population.  But, we also know that the snap tests used can show false positives. We had to make a decision fast.

We could send out for a more accurate test, the ELISA test.  But, results wouldn’t be back for days and the shelter didn’t have the centrifuge needed to do that. Harley couldn’t come to our sanctuary until we had the results.  Would we have to make the difficult decision of not accepting Harley knowing his fate?

Luckily, our wonderful vet agreed to accept Harley into her mobile clinic, perform the blood test, and then determine next steps when results came back in a few days. It was a long 48 hours – waiting!

We were thrilled when our vet called and said the ELISA test was negative for Feline Leukemia! That meant Harley could join the TWS family!!!

Harley, like so many other hybrid cats we’ve taken in, settled right into his new life here at the sanctuary. We were able to merge him with other hybrids. They enjoy the habitats we provide for them as much as our big cats enjoy theirs.

Harley has perches, trees, hammocks, places to climb, and a bungalow to snuggle up in. It’s wonderful to see how much he enjoys the life we’ve been able to provide him.

Caring for a wild cat for life – even a small hybrid like Harley – can be quite expensive. Hybrids usually come to us with special needs, genetic and/or medical issues due to their breeding.

Our sponsorship program helps support the cats’ care costs and allows you to form a special bond with them. Would you consider becoming Harley’s sponsor parent?