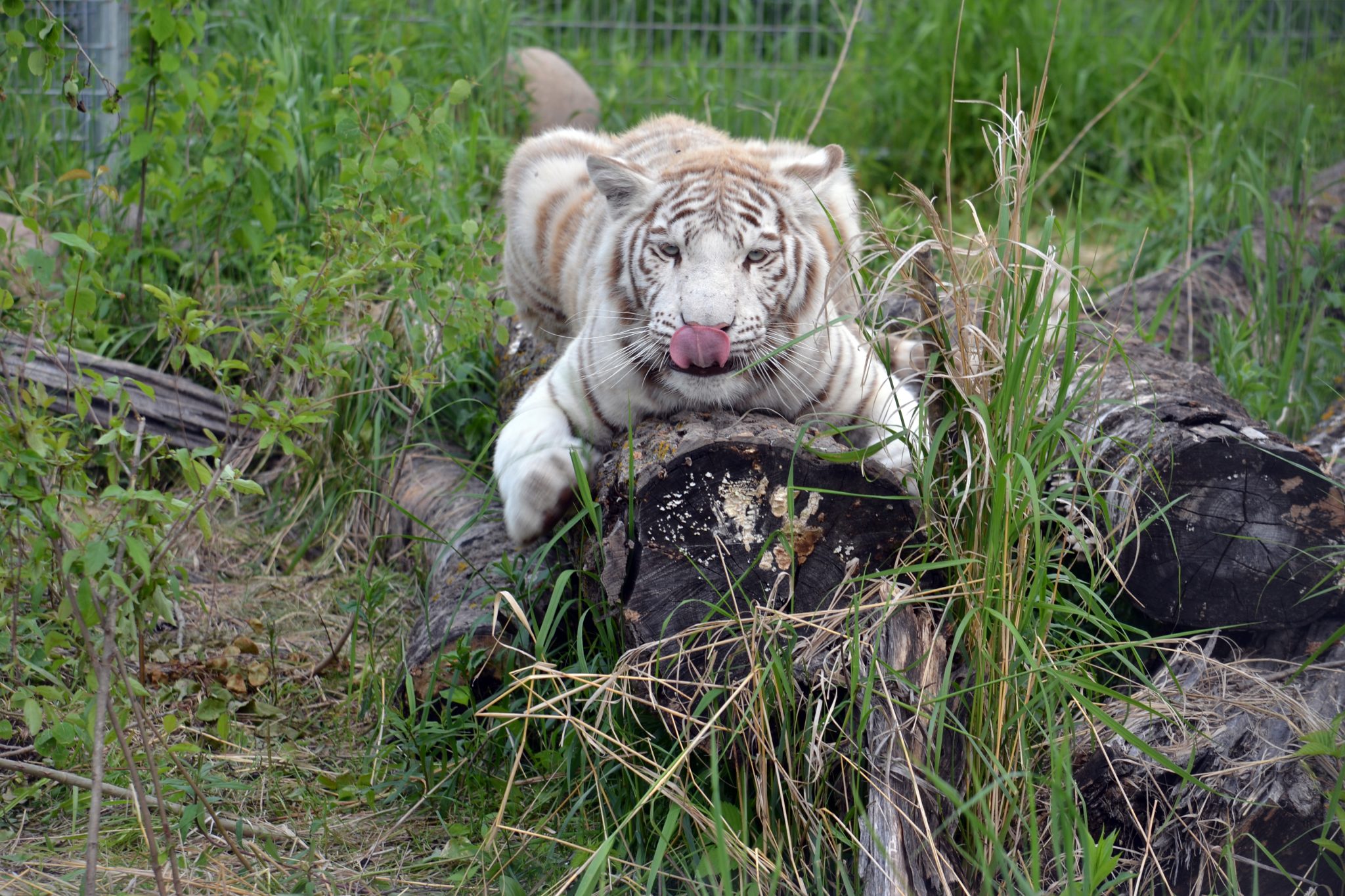 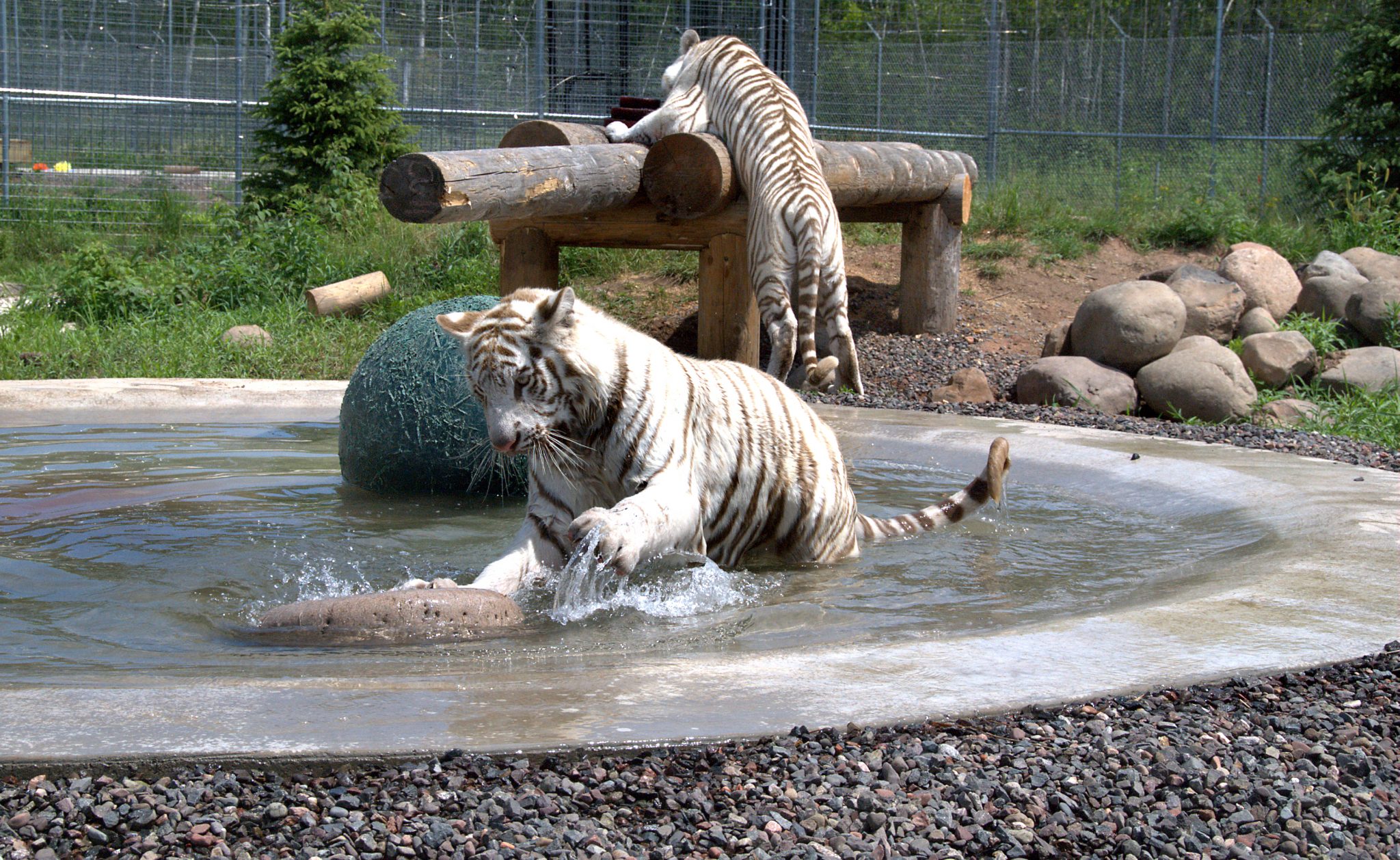 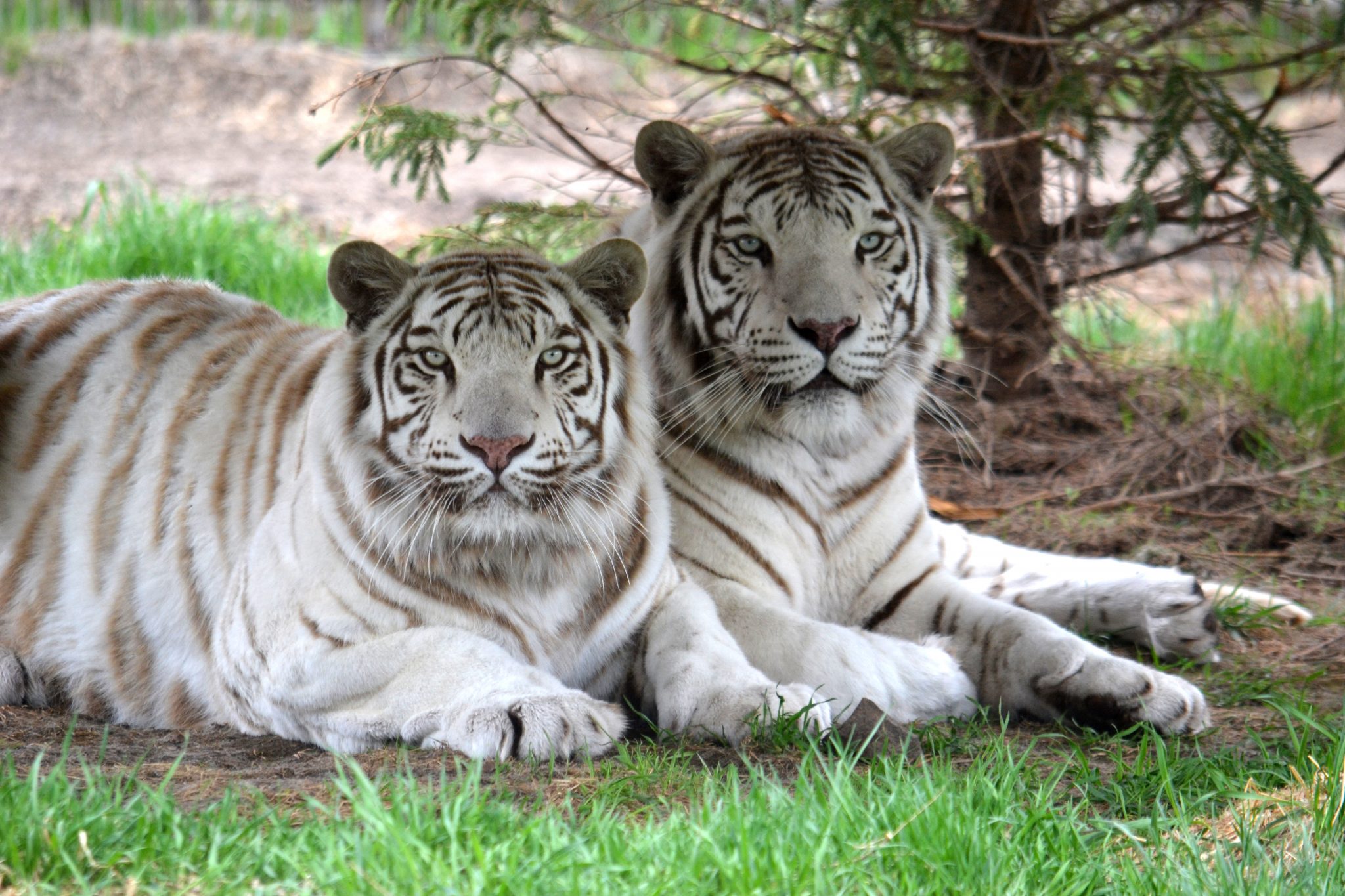 Jeremy’s a male, white Bengal tiger who arrived at the sanctuary in 2014. He and his brother Simon were just six months old at the time. They’d been bred at a small, out of state zoo. But, with staff changeover, the zoo decided to no longer breed tigers – a good thing! 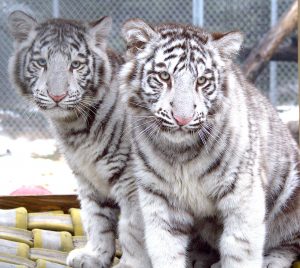 Though they could’ve made a hefty profit selling these two white tiger cubs, they put the animals’ needs first and asked us to take them in. Any time we can remove two white tigers from the breeding pool, it’s a step in the right direction. Jeremy and Simon were neutered before they even arrived.

We knew it would be a large financial commitment, supporting two male tigers for 20+ years. But it was so important to prevent these white tiger cubs from being exploited.

As the brothers grew, so did their needs. Through the years, they’ve moved into larger and larger habitats built especially for them. As adults, they now live in one of the largest habitats at the sanctuary, with a huge, deep in-ground pool they love.

It’s rare to see the two brothers separated. Yet, their personalities are so different. From the time they were young, Jeremy’s always let Simon take the lead. Whenever they receive enrichment or new toys, Simon gets first dibs on it and then Jeremy eventually gets his turn.

But, when certain staff members or new people are around, Jeremy can become very protective of his brother. While Simon naps away, Jeremy stands guard.

We’re happy these two never knew a day of abuse. We feel strongly that an animal doesn’t necessarily have to suffer before being rescued. Thankfully, for Simon and Jeremy, all they’ve ever known is love and compassion.

Rescuing such young tigers means a lifetime of very expensive care. Our sponsor program is what makes the best of everything possible. And Jeremy would love to have you as his sponsor parent!  Or even a one-time donation toward his care would help so much, too.  Please click the buttons above if you’d like to help. Thank you!