Residents In Memory Kita – In Memory 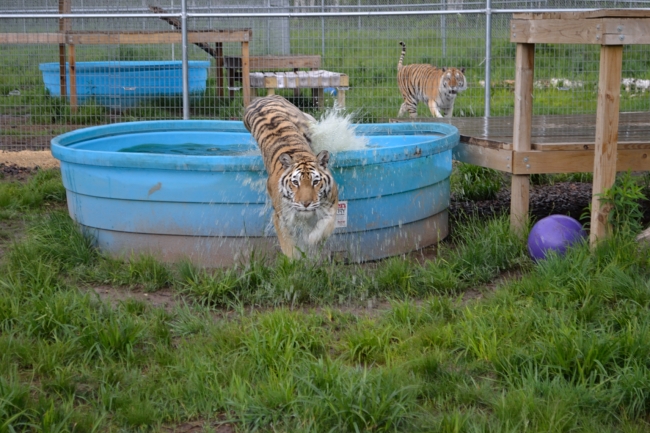 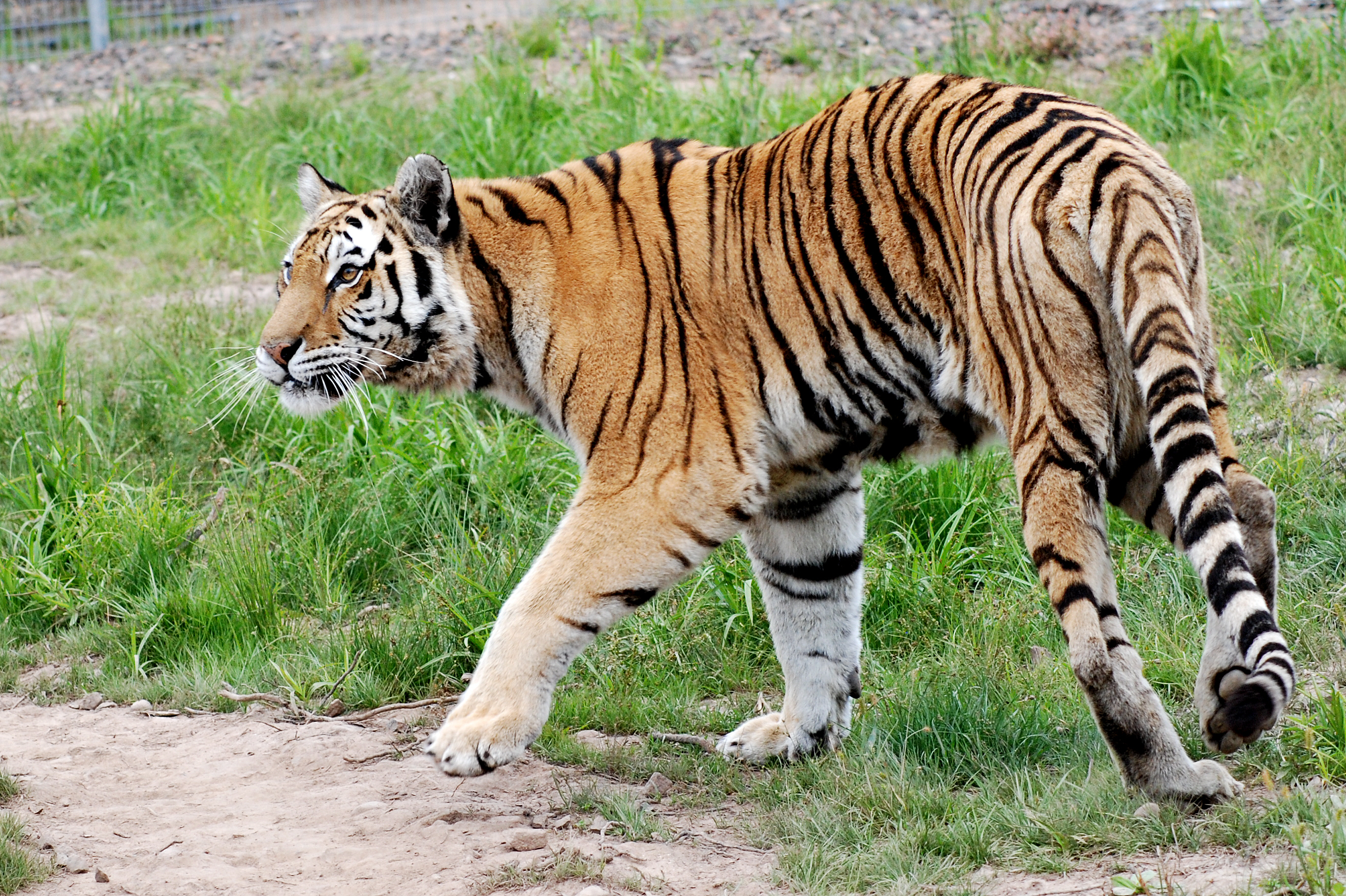 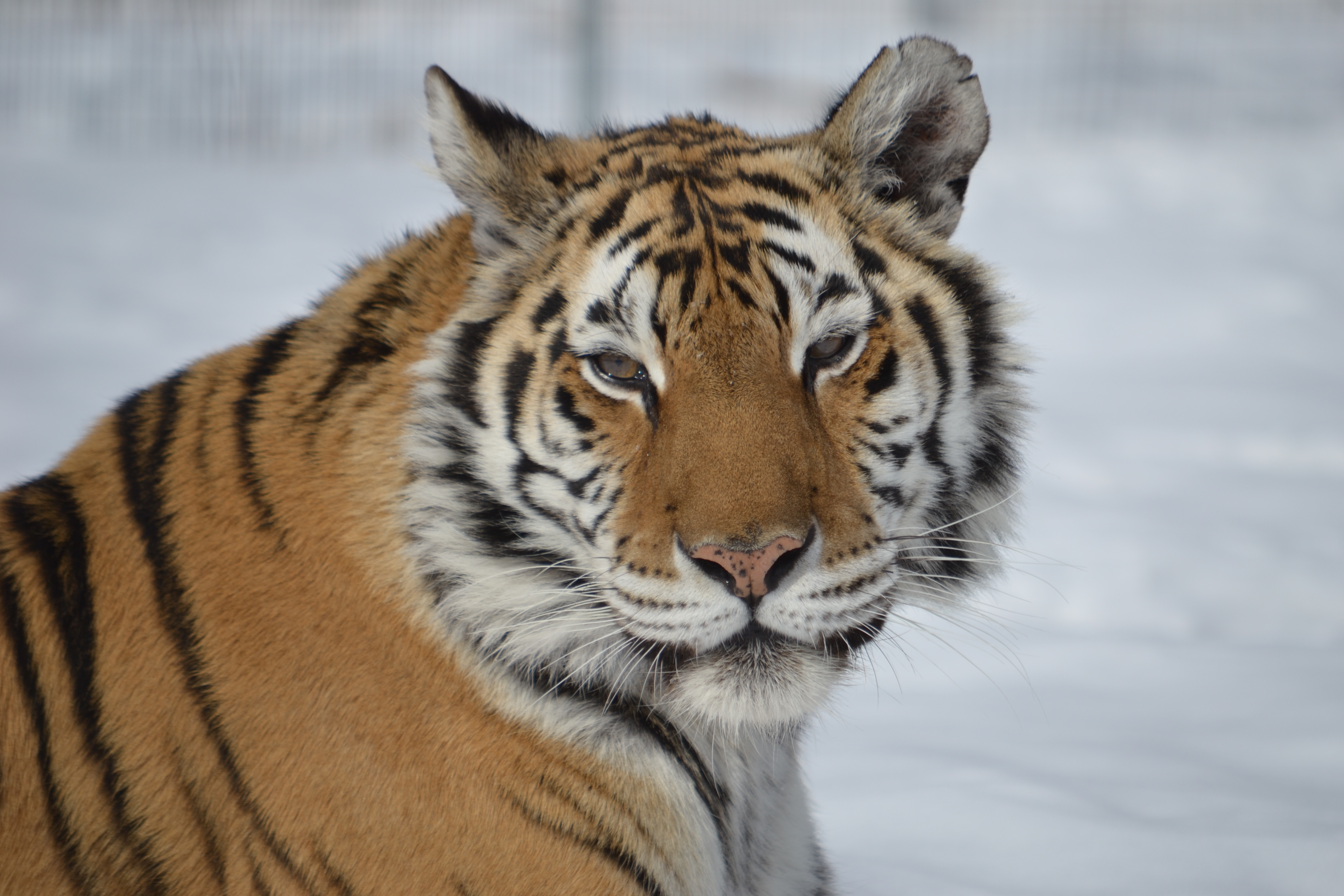 In 2010, The Wildcat Sanctuary accepted nine cats as part of a big cat rescue from the Wild Animal Orphanage in Texas. This facility had to shut its doors due to lack of funding.

Kita was born in 2004 and was originally rescued from a garage in Michigan, along with her lion companion, Tsavo.  Unfortunately, Tsavo passed from surgical complications not long after arriving at our sanctuary.

Kita still tries to be one of the lions and roars along with Aslan’s pride.  Tsavo’s memory lives on in Kita and her strength and courage to overcome such a loss is inspiring to us all.

Kita also suffers from ataxia in her back legs from an old injury, which makes walking very difficult.  She’s not in any pain, but it does create an annoyance when she wants to go anywhere in any hurry.

Even with this handicap and her loss, Kita remains a free spirit and doesn’t let it stop her from enjoying life.  She will happily show anyone how great it is to be a tiger by stopping and rolling around on the ground, giving you a chuff or a happy moan. 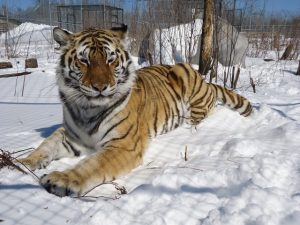 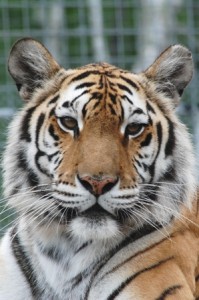 Losing a resident is the most difficult thing we have to deal with working at a Sanctuary.  It becomes even more difficult when changes are occurring in the organization and we’re always focusing on the future for sustainability.

But sometimes, we just need to stop and take the time to grieve.  The loss of Kita was sudden and unexpected.  Even though she had a disability, she had no self-pity and enjoyed life.

She didn’t have full control over her backend, due to an earlier injury in her life. But that didn’t stop her from gong in her pool, playing with enrichment or lounging on her perch.

She became close friends with Layla, our matriarch of TWS, over the past few years. They would often play along the fence.

In October, the keepers noticed Kita was having less and less control over her back legs.  Her mobility decreased rapidly.  The decision was made to help her pass with dignity.

She was the same kind spirit that she’d always been. She was even chuffing in her indoor area.  Her spirit was strong, but her body wasn’t.  It was time to let her spirit be free.

You will forever be missed Kita and never forgotten.  May you be reunited with your friend Tsavo.