Residents In Memory Kitty – In Memory 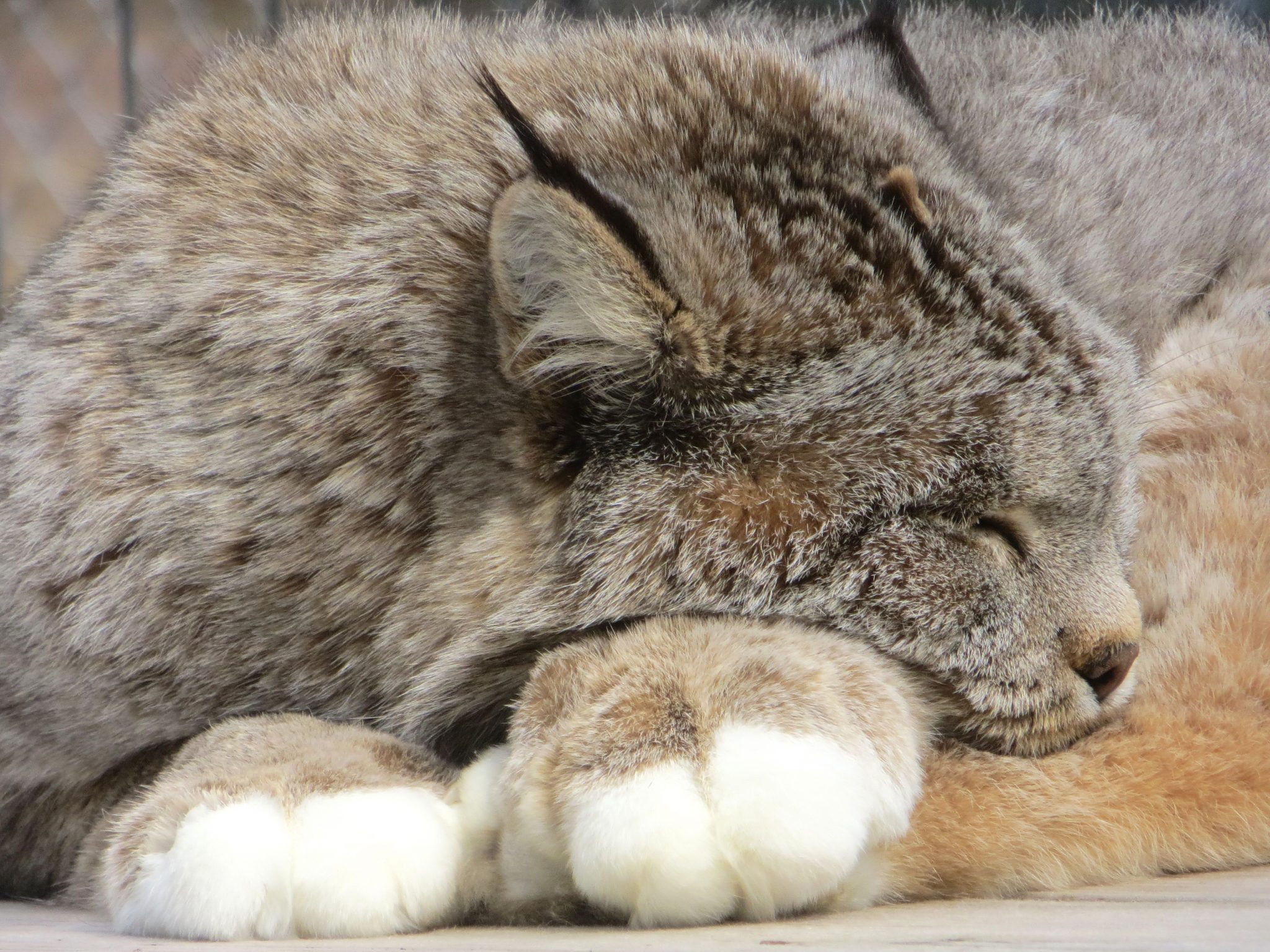 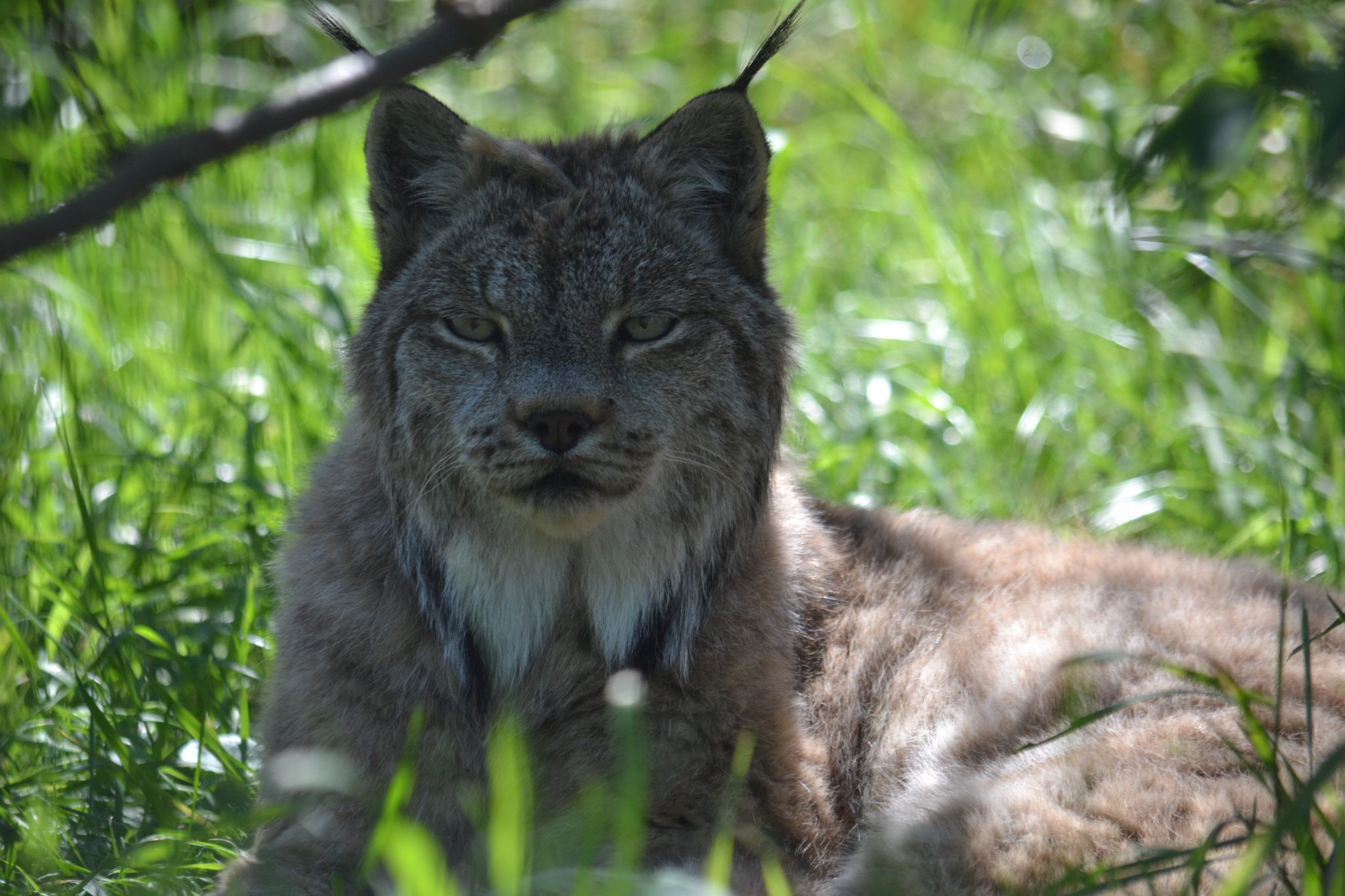 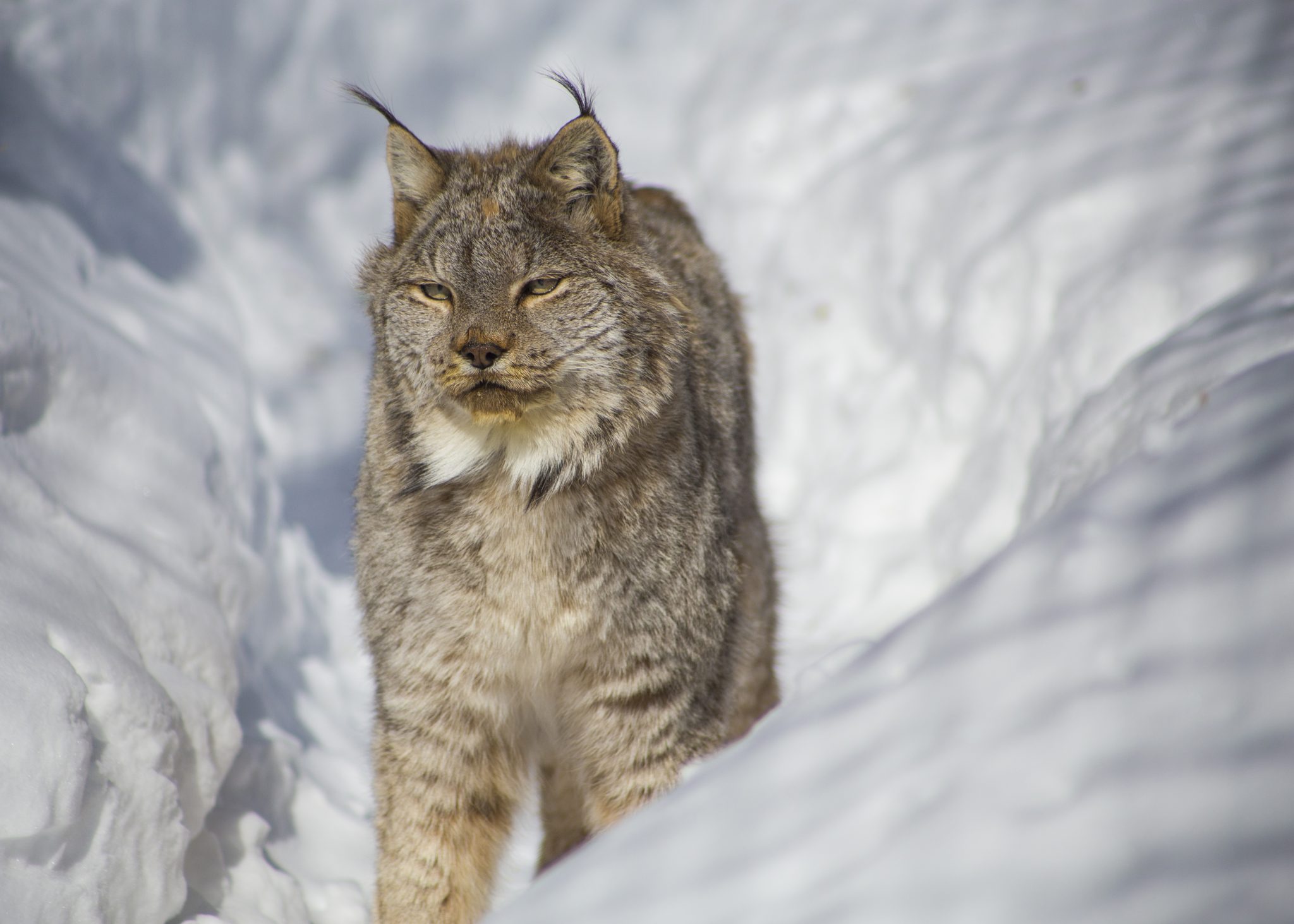 Kitty is a female Canada Lynx who came to us in 2005 when she was 10 years old.  She’d been rescued by a woman who saw Kitty being mistreated. She brought Kitty into her family and took great care of her. But when the family had to move for work, they were stuck with a difficult decision.

Though Kitty was legal to own in their current town, it was illegal to own a Canada Lynx in the town they were moving to. This happens so many times to people who own exotic animals.  Though it might be legal when they get them, laws change, families are relocated or split up, and the animal is left homeless.

Luckily, this family did quite a bit of research. They made an emotional decision to place Kitty in a sanctuary. After even more research into healthy and happy sanctuaries, they chose to contact us at The Wildcat Sanctuary.

They accompanied Kitty on her arrival to help her make a smooth transition and they continued to sponsor her for several years to make sure she continued to get the best care. This is very rare since most owners rarely continue to help with the expenses of their cats once we take them in.

Kitty loves her new home here, surrounded by the sights and sounds of so many other wild cats. She’s a wonderful little girl who loves to sit in her hammock, sun bathe on her platforms, and roll in the new spring grass.

She also loves watching her bobcat and lynx neighbors run around and play, though she’d never want to join in on the action. She’s much happier sitting in the grass or sunning herself on her highest perch.

She’s one of our oldest residents now, in her mid-20’s. She’s far exceeded the life expectancy of a captive Canada Lynx.  We cherish each day with this very special girl.

Rescuing wild cats is so expensive since they each require such specialized care, especially our geriatric cats. That’s why our sponsorship program is such a huge help! Would you consider being Kitty’s sponsor parent?

We lost our snow angel this holiday season

Kitty, the Canada Lynx, received a peaceful exit to her peaceful life, surrounded by so many who loved her.

At almost 25, Kitty had been declining.  From losing most of her eyesight, to arthritis in her back hips, we could see her time was getting closer. But she still loved her daily routine.

The last few days, her routine changed though. She got up less and last night, though comfortable, didn’t want to get up at all. That’s when our staff knew it was time to say good-bye. Kitty’s passing was very calm, and she’s now free.

Sometimes when I write these memorials, I just feel broken inside. But as I sit here and write these words about Kitty, I’m sad for her loss, but my heart is full of love. She leaves that warm, comforting feeling she always brought throughout the years to the Sanctuary.

Kitty came to us in 2005, from a very nice woman who took her in from another owner to give her a better life.

Over the years, Kitty always had a calm and even presence, even the first day I met her.  She arrived by airplane.  When we went to pick her up at air cargo, they couldn’t find her.  They mistakenly unloaded her with the luggage and we were told she was at baggage claim.

We had to rush to the airport, park the vehicle and make a mad dash down to baggage claim.  There, we found beautiful Kitty in a crate, rotating on the carousel with suitcases, calm as can be.  So calm, that no one in the airport seemed to notice a large Canada Lynx in their presence!

Next to her calm demeanor, her white toes were her other signature mark.  You can’t look at those beautiful toes of hers and not melt to the core.

Even though she appeared to be a sophisticated lady, over the years she had some tricks up her sleeves. And she’d implement them just as calmly as everything else.

She lived next to Jasper, a Lynx cross, who she didn’t like very much.  I could never figure out why – he was a total doll.  Kitty refused to fight with him because that would mean she’d have to show him some attention.

Instead, she’d back up her rear end to his wall and defecate through the fence into his habitat.  Now, in the wild and captivity, cats mark their perimeter. But this was more than that.  This was definitely a snub to him.

Kitty had a sophisticated, yet quiet way of getting what she wanted. And she had a routine. From her power walks to her meals being brought directly to her – she could get us to cater to her every whim.

Over the years, she lived with other cats from lynx Kodiak, Shalico & Ramsey to bobcat Buddy, who were all males and often pining for her affection.  She never engaged with them. Instead, she quietly claimed her habitat and napping space and eventually took over a lot of the area.

She’d even stay in her den or room to ensure the staff would bring the food and any medication directly to her.  Then after receiving it, you’d see her outdoors doing her power walks throughout her habitat.

When she began losing her vision in her elder years, those power walks became extremely important.  She knew every inch of her habitat and never tripped or ran into anything. Even when lions Salteña and Chupino moved next door, this little lady was never intimated.  She was out walking, came up to the fence line and took in their sounds and smells.

Behind all the confident calmness, Kitty had an overwhelming sweetness.  She touched everyone’s hearts and, even though she lived to a ripe old age, our hearts hurt that she’s gone…. for now.

Kitty, thank you for being so easy to care for and even more easy to love.  You deserve your wild life to be everything you dreamed of.