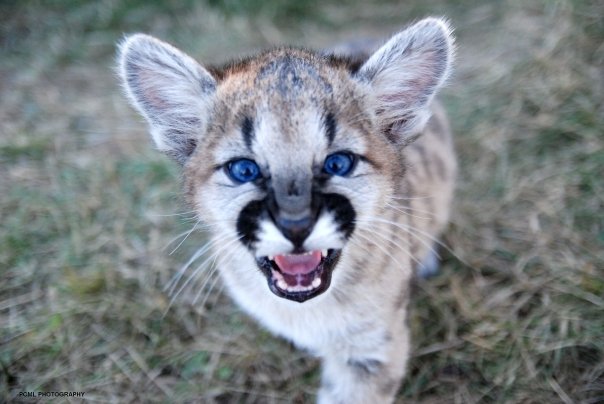 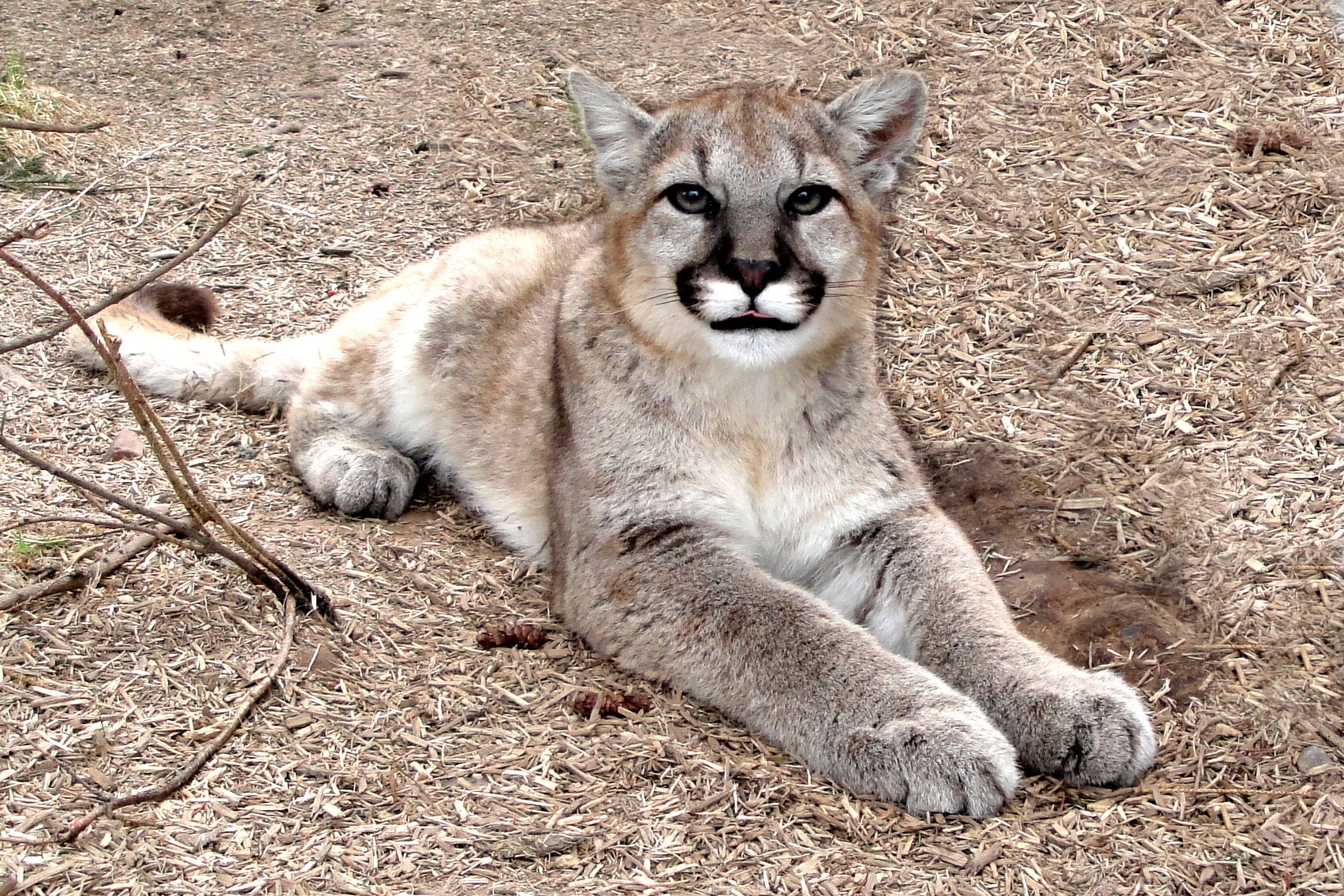 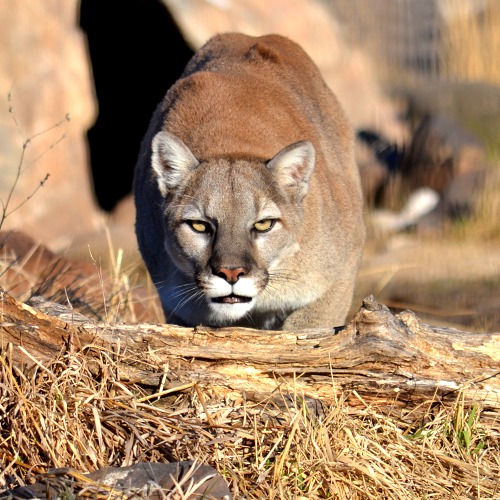 Langley arrived with her siblings Carlo and Noah in 2009. Sadly, there were five very young siblings whose mother had been shot by a bow hunter in Wyoming. When the hunter got too close to the cougar den where they were living, he was confronted by an adult female. He killed her in self-defense. 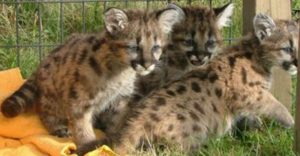 Moments later, the hunter heard the cubs and realized why this cougar had been so defensive. Thankfully, he did the right thing by bringing the cubs to  the Wyoming Game and Fish Department.

They determined the cubs could not be rehabilitated or released.  We agreed to take in three females from this orphaned group while another facility would take in the two males.

Instead, we were surprised to learn we’d received two males and one female. Such is rescue, you have to stay flexible and deal with circumstances you can’t predict.

These three cubs were named by supporters through a special auction held during our annual Jungle Boogie gala – female Langley and males Noah and Carlo.

We were able to successfully merge Langley, Noah and Carlo with two other orphaned cougar cubs, Andre (from British Columbia) and Donoma (from Montana). They live in one of our largest habitats where they have tons of room to roam.

Though Langley’s the only female of the group, she’s a very confident, strong-willed girl. She doesn’t mind being off on her own, napping in her favorite shady spots. But, she also enjoys the company of the four boys, on her own terms. It means so much that she’s been allowed to grow up as wild as she can possibly be.

Thank you for considering becoming Langley’s sponsor parent, or even giving a one time donation toward her care.  There are buttons at the top of this page to make it very easy to do. And it’ll make such a difference for her – thank you!