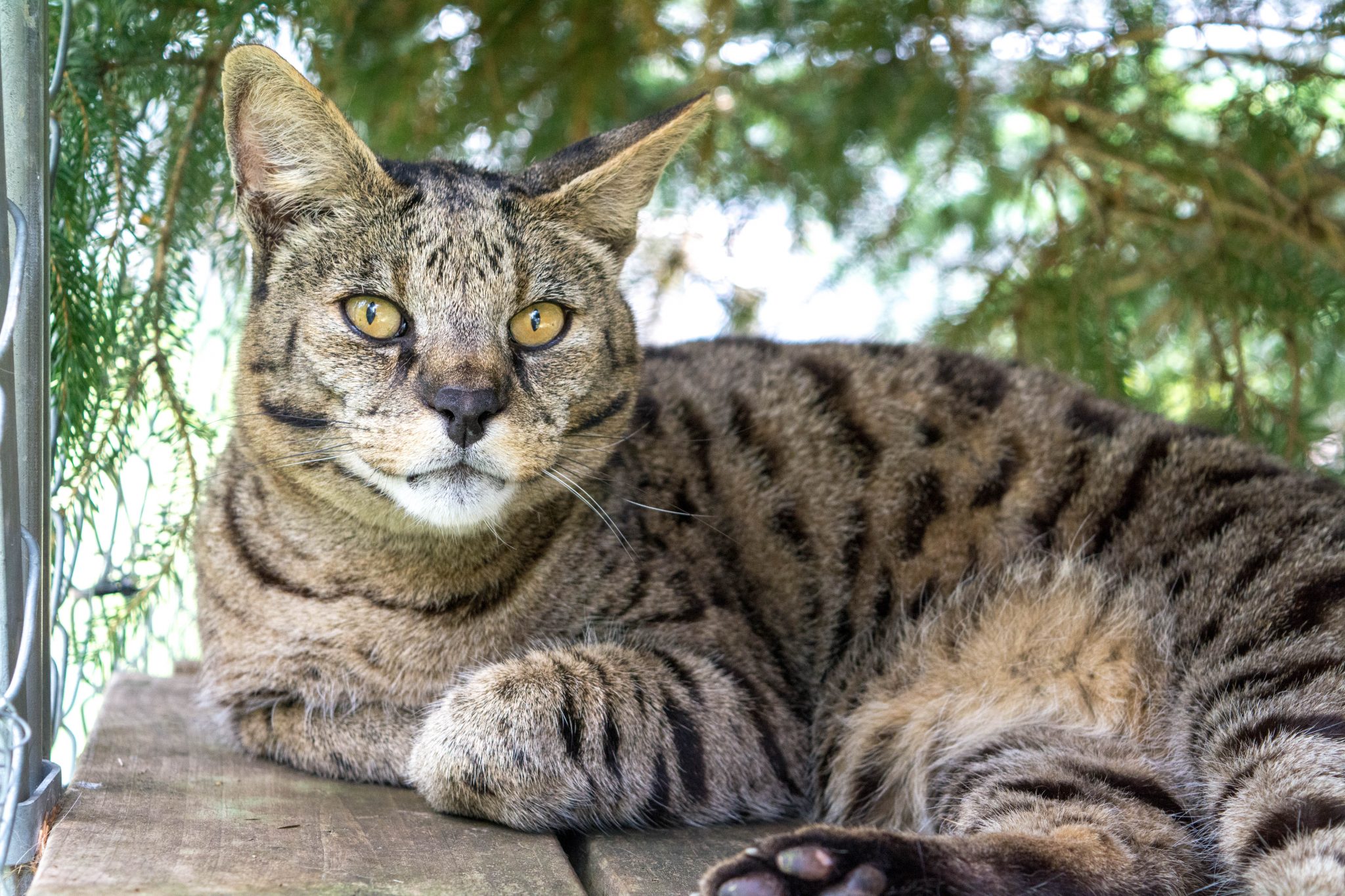 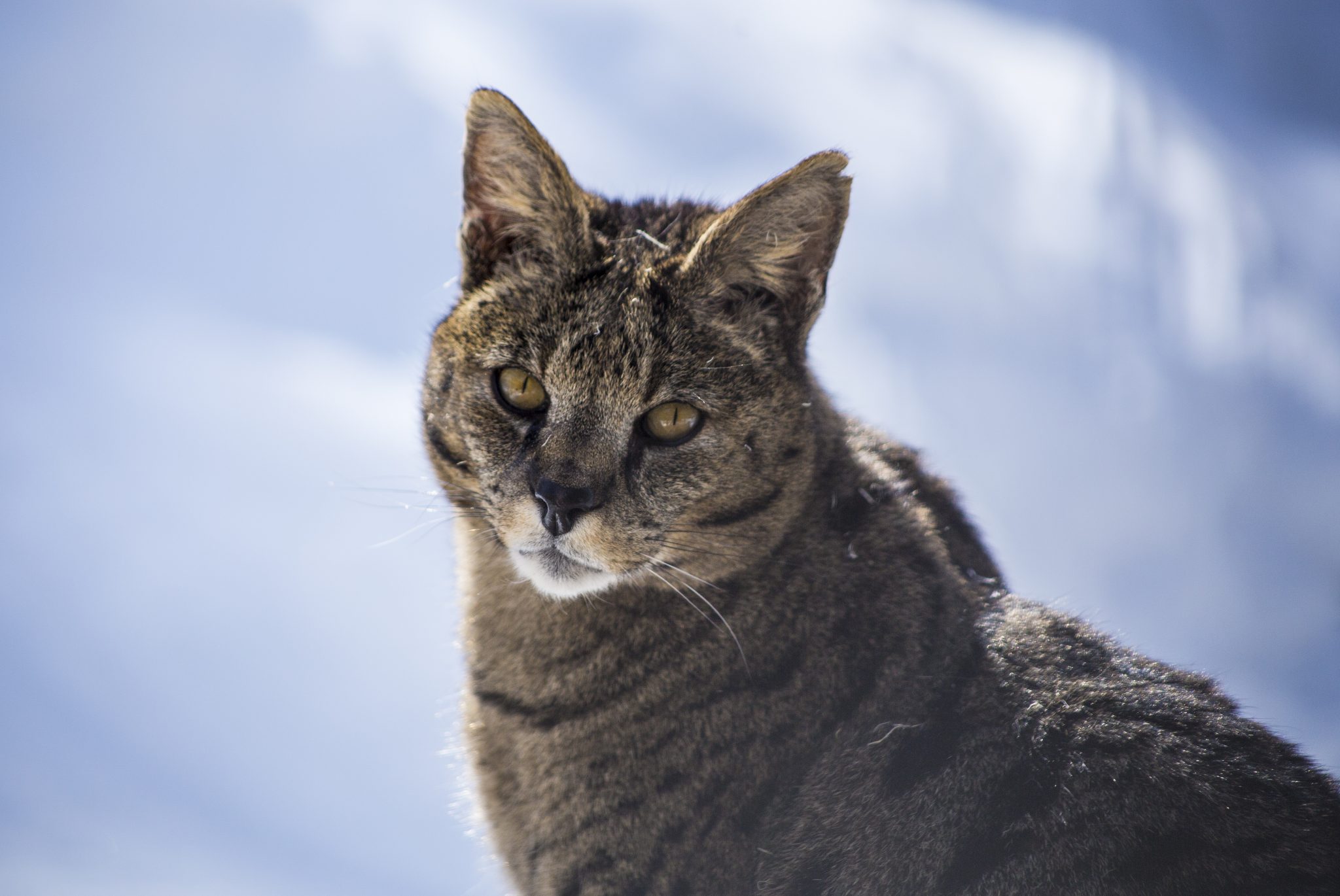 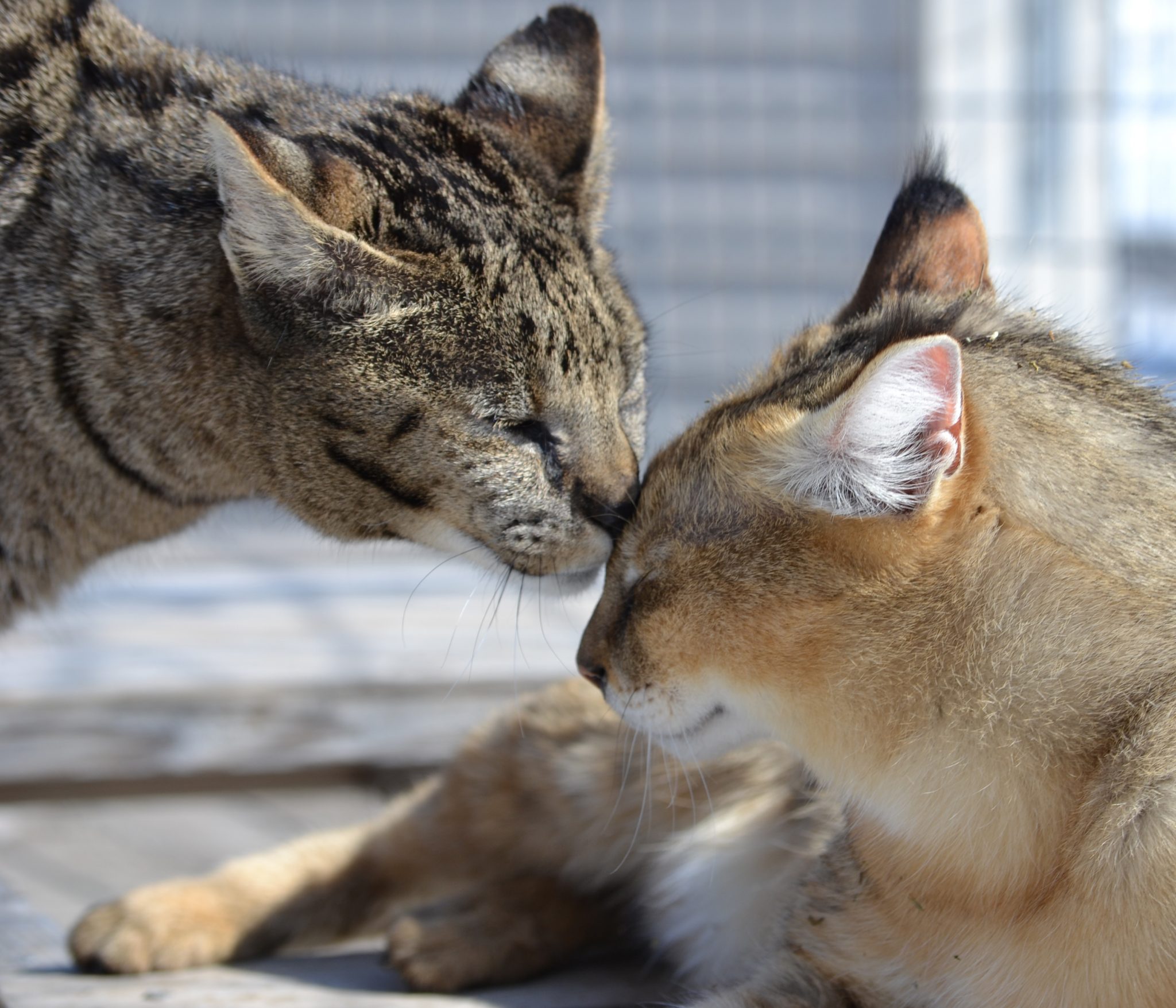 Ledger is a male Savannah cat (a cross between an African serval and a domestic cat) who arrived at The Wildcat Sanctuary in 2009. He was five years old at the time.

Ledger had been found in a feral cat trap. He’d been kept as a “pet,” but managed to escape from his owner’s house more than six months earlier. The owner said he was not friendly and did not claim Ledger.

When rescue and humane societies were contacted to see if they would accept Ledger, they said they could not. He would have to be euthanized because he was a hybrid and unadoptable. Another sanctuary agreed to take Ledger in, but only temporarily, until he could be sent to us.

This is a story we’ve heard so often with hybrids.  Learn more about hybrids and why we do NOT support breeding them.

Ledger acts very feral and is terrified to be around humans, but he doesn’t seem to mind living with other Savannahs, Chausies and Jungle cats. He was very thin from being on his own so long. But with a nutritious diet and the proper veterinary care here, this problem was easily solved.

Ledger lives wild at heart in the Hybrid Haven section of the Sanctuary with other hybrids he’s befriended. Thankfully, we were able to give him the chance he needed to live out his days as the wild cat he was bred to be.

Caring for a wild cat for life – even a small hybrid like Ledger – can be quite expensive. Hybrids usually come to us with special needs, genetic and/or medical issues due to their breeding.

Our sponsorship program helps support the cats’ care costs and allows you to form a special bond with them. Would you consider becoming Ledger’s sponsor parent?