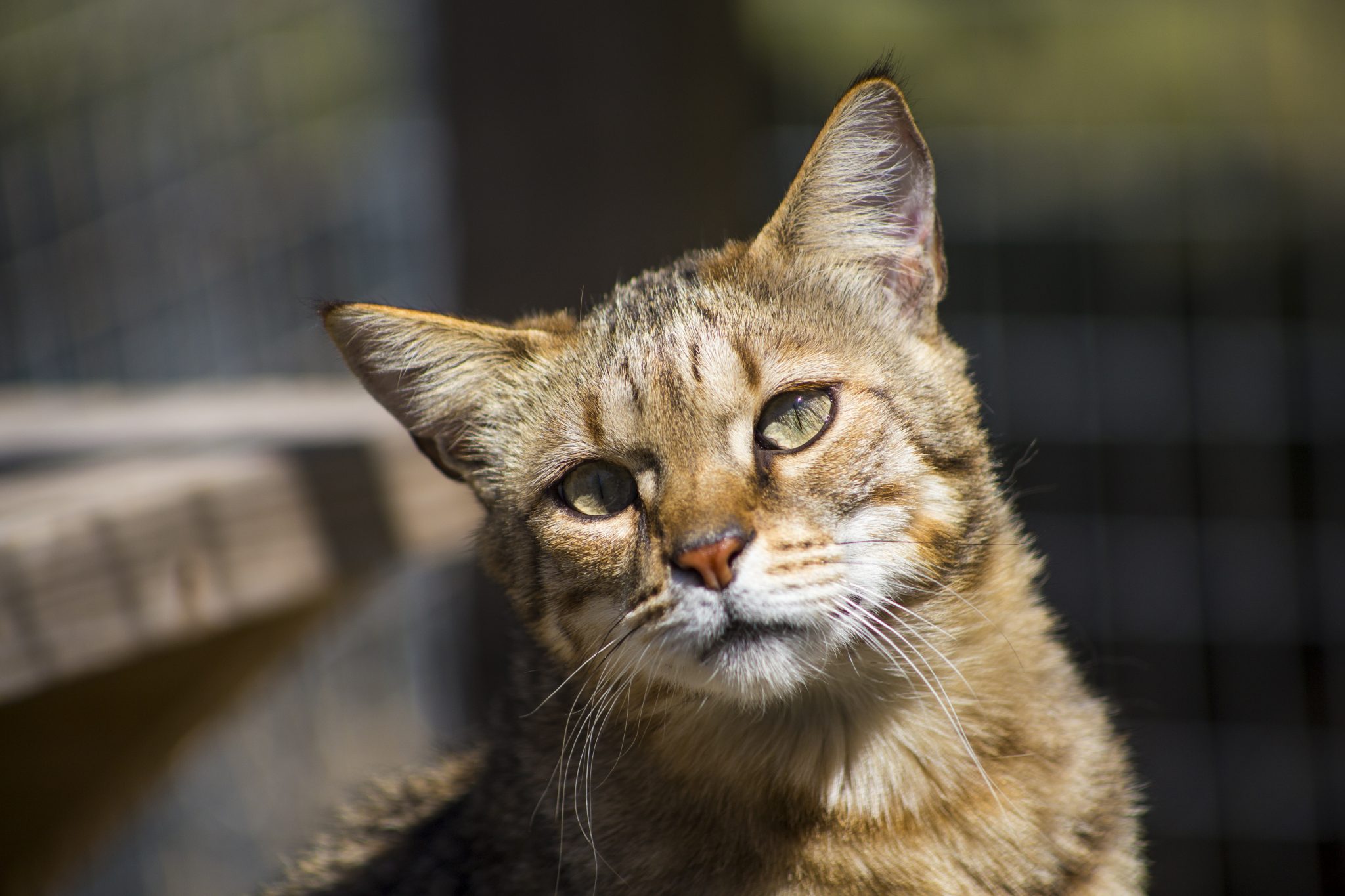 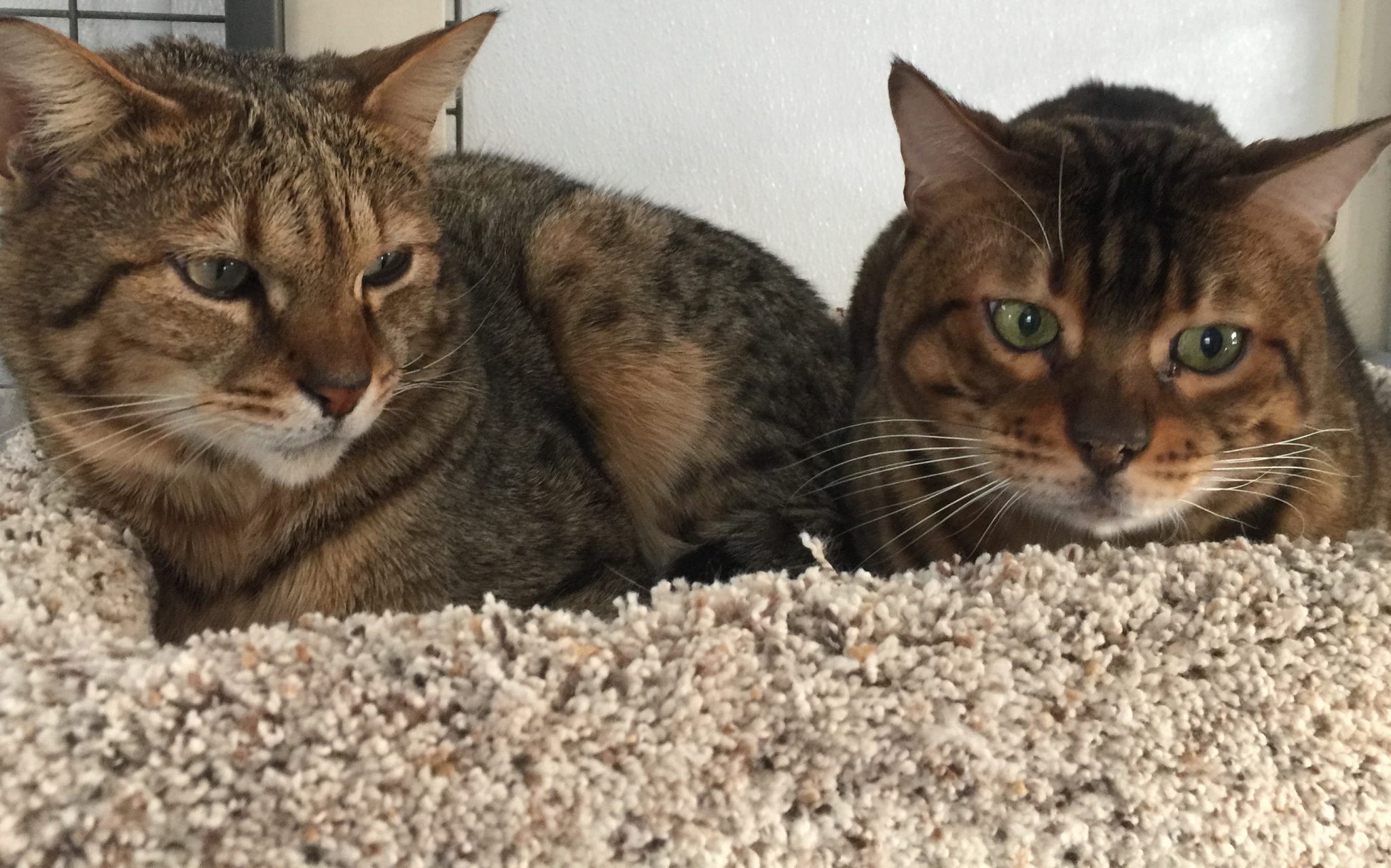 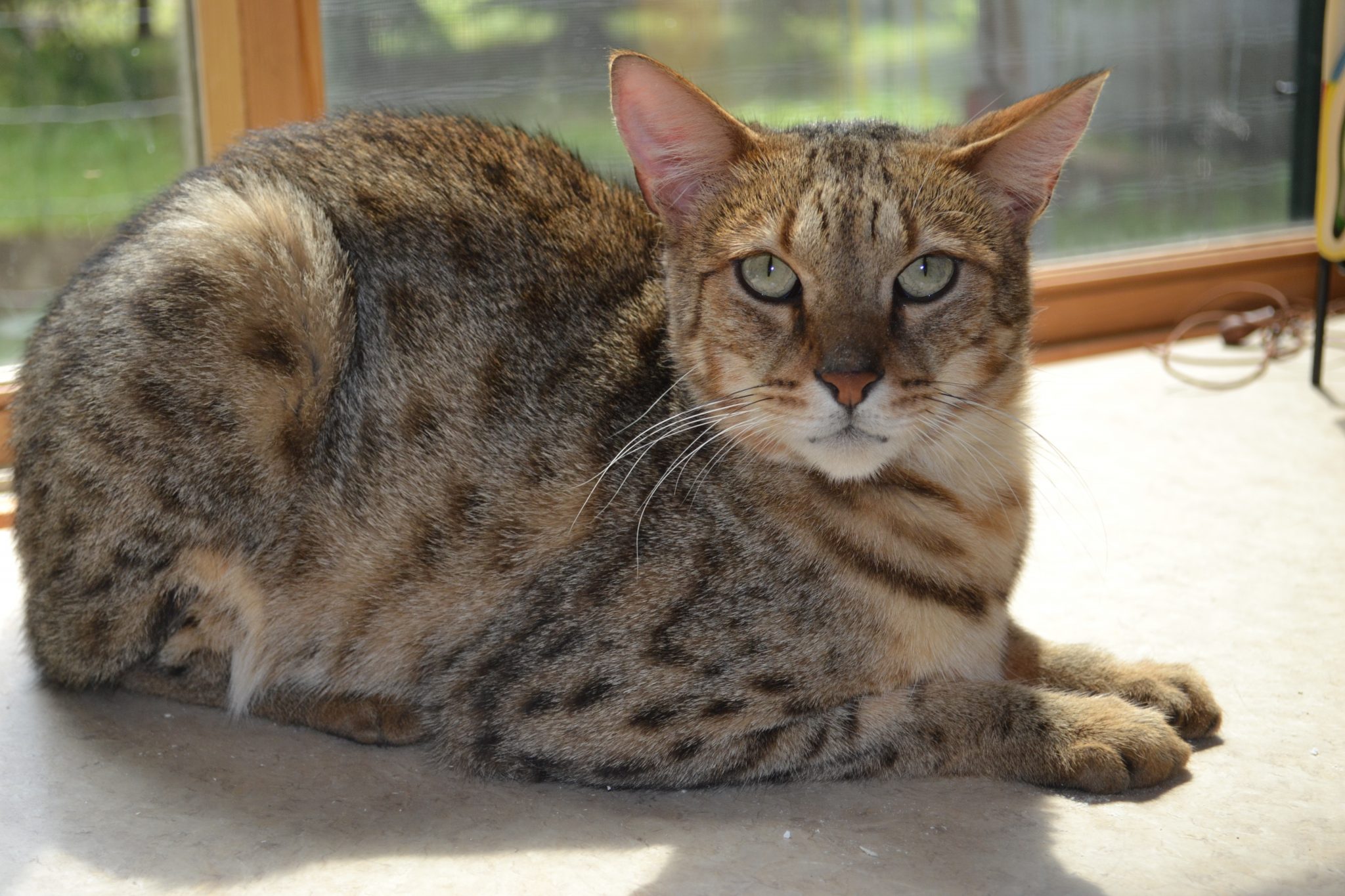 Leo’s a male Savannah cat (a hybrid of an African serval and a domestic cat) who arrived at The Wildcat Sanctuary in 2016. He was two years old with a common story we hear all too often. 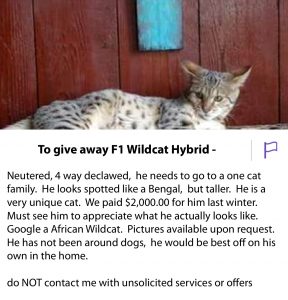 From the information we’d received, Leo was purchased by a Minnesotan to be kept as an exotic pet. Even though it’s illegal to own first through third generation hybrids (F1-F3) in the state of Minnesota, that isn’t why Leo made his way to our sanctuary.

Instead, it was behavioral issues. Leo, like most hybrids, wasn’t consistently using the litter box in the house and he was also aggressive to the owner’s other animals. Therefore, his owner placed a “free to good home” ad on the local Craigslist.

A person who’d always wanted a Bengal or hybrid cat answered the ad. She was very excited to welcome such a unique cat into her home. When she arrived to pick up Leo, he was being kept in a cage in the garage. She was informed that he had been 4-paw declawed earlier that month as an adult cat.

Several medications were prescribed for the first owner to try to help with his diarrhea. On top of that, medication for ear mites was also prescribed. It appears very little of these medications were administered since they were given to the new owner,along with Leo.

The new owner quickly realized Leo needed a special home where all his emotional and medical
needs could be met. So, she reached out to us and Leo owes his new lease on life to her. 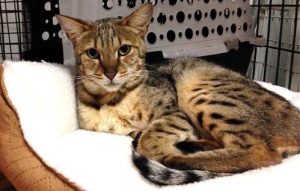 Leo’s history isn’t surprising, but it’s still so heartbreaking. Learn more about hybrids and why we do NOT support breeding them.

Leo’s a wonderful boy who is just exhibiting his breed-specific behaviors and common medical issues. Yet those who pay for something “wild” have little patience tolerating it.

Leo adjusted quickly to his new home here at the sanctuary, especially with all the love being showered on him. We transitioned Leo to a more appropriate diet for a hybrid wildcat. And, the best news of all – he made a new friend! Leo and another very shy F1 Bengal cat Eddy (who’d been used at a cattery as a breeder) really hit it off and it’s just wonderful to see their friendship blossom.

Leo’s finally at a place where he can be who he is, without fear of being abandoned or punished. We’re so thankful he made his way to us.

Caring for a wild cat for life – even a small hybrid like Leo – can be quite expensive. Hybrids usually come to us with special needs, genetic and/or medical issues due to their breeding.

Our sponsorship program helps support the cats’ care costs and allows you to form a special bond with them. Would you consider becoming Leo’s sponsor parent?