Residents In Memory Liberty – In Memory 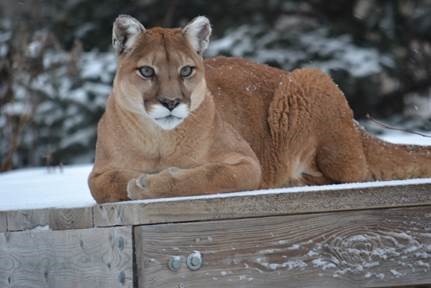 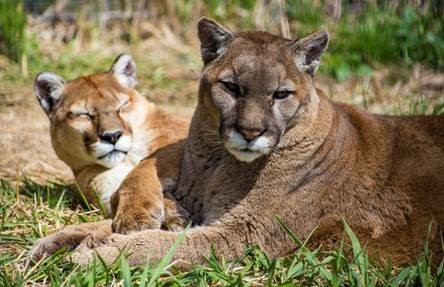 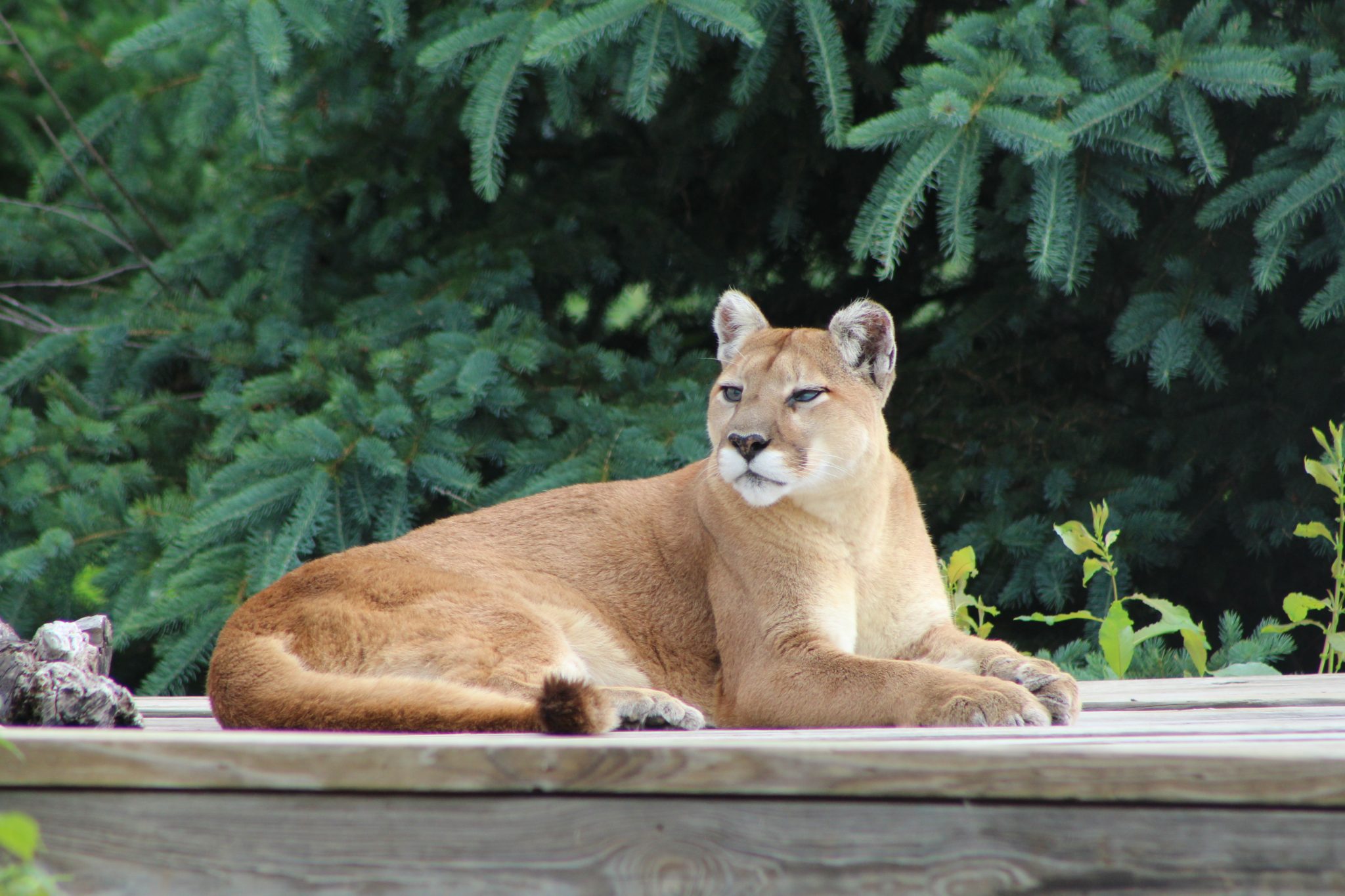 We’ve rescued many cougars through the years. But, Liberty’s journey stands out as an example of what too many captive exotic animals have to endure.

We arrived on a rural farm to pick up a cougar who was being surrendered by her owner. What we found astonished us: Liberty was no larger than a lynx. She was emaciated and dehydrated. We could not get over how small in stature this cougar was.

The owner explained that she had fed only milk to Liberty her first year of life and that Liberty had fractured both of her back legs, which had gone untreated. Liberty cannot extend her back legs fully, and she has a severe curvature of the spine and pelvis. The tops of her ears were dangling by a small amount of flesh and were about to fall off. She had urine burns on both sides of her tail.

The owner said Liberty wasn’t eating or drinking very well, but Liberty ate four times the first night she arrived at TWS and eight additional meals the next day. She continues to love her food – in fact, she is the first to cry out in excitement when she hears the keepers at mealtime! — and has put on weight each day.

Liberty weighed 45 lbs. upon arrival at TWS in 2008. This is the size of a six- month-old cougar – Liberty is six years old. The initial fecal exam showed Liberty also had round worms and coccidia, a type of bacterial infection.

Though Liberty’s journey has been rough, she finally has a life that will ring true to her name. She has become such a social cougar and her chirp can be heard constantly. For a small girl, she sure shows her roommate who is boss! 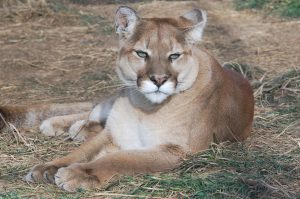 Can you die from a broken heart?  That’s the question we’re dealing with right now after losing cougar Liberty just days after Raja’s sudden passing.

After Raja passed away, Liberty has been lost. We knew she’d need time to adjust to her new life, so caretakers have been giving her special attention. She didn’t want to drink or eat that much, so they provided her bloodcicles and spent special time at the fence with her during mealtime.  She didn’t want to go sleep in her room, so they placed warm straw in her cave and under her trees.

From the outside, it could appear Liberty was weak and depressed. But I ask myself another question? Did Liberty choose this deliberately?

Even with her disabilities, including being blind, she’d always been a strong girl. Her voice carried across the sanctuary when she heard the caretakers coming with food.  She was Raja’s confidant right up until his passing.

And now she was a shell of herself.  She had complications for so long since arriving with metabolic bone disease.  She had to be examined and given supportive care on several occasions to keep her going. Did she just hold on for Raja and now she could let go?

As caregivers, we turn over every stone to assure there isn’t a scientific reason for their losses so close together. Could something be in the environment or the food?  We’re looking at all options, but I don’t think we’ll find anything.  Sometimes the universe is bigger than us and the power is amazing.

What I do know is Liberty beat the odds so many times. From the day we picked this tiny adult cougar up from a farm. She was emaciated, her ears frostbitten off, and she couldn’t extend her back legs.  I’d never seen an animal in such frail condition.

But her spirit was strong.  So strong.

She rebounded, became very confident, and eventually was merged with cougar Raja. She adored her life with him. They were always together, or at least close by.  She was the outgoing one and always calling out to their caretakers. She enjoyed enrichment, just like Raja, and both were very generous sharing with each other.

As years progressed, she went blind but still used every inch of her habitat. She followed Raja and he followed her.  They were extremely bonded and truly respected each other.

She continued to need supportive care including eye drops, medications and subcutaneous fluids.  She was truly a miracle.

And now she’s performed one more. She joined the one she loved so much. As heart broken as we are, we know it’s what she would’ve wanted.  Trying to make sense of it is difficult, but I know it makes perfect sense to Liberty.

Raja and Liberty, we’re at peace knowing you are together again – forever. 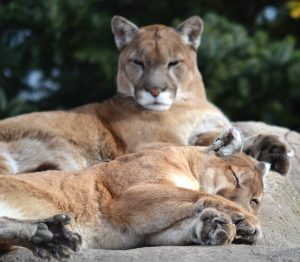 You can read a great story about Raja and Liberty’s special friendship published by THE DODO here.