Residents In Memory Maui – In Memory 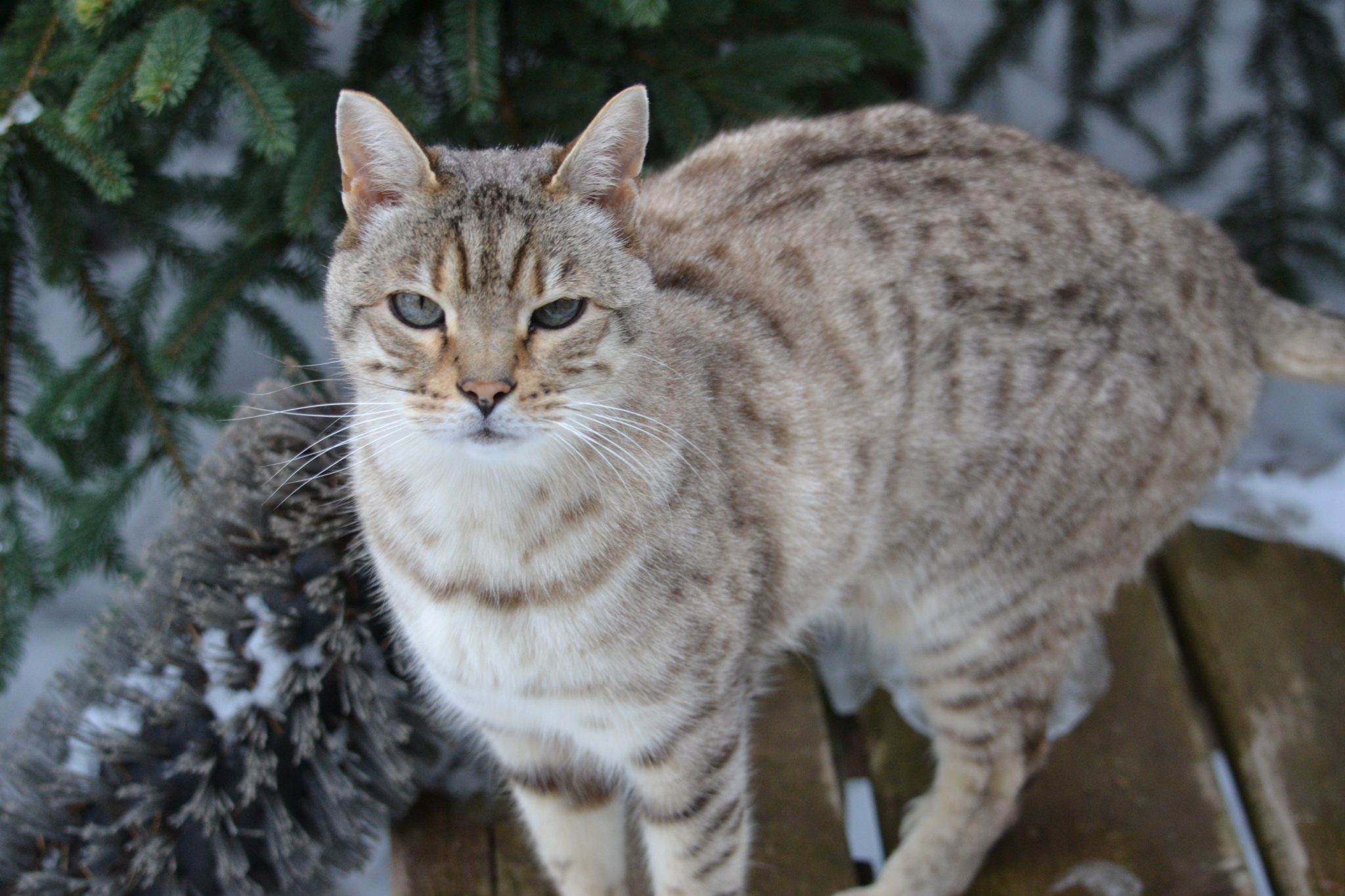 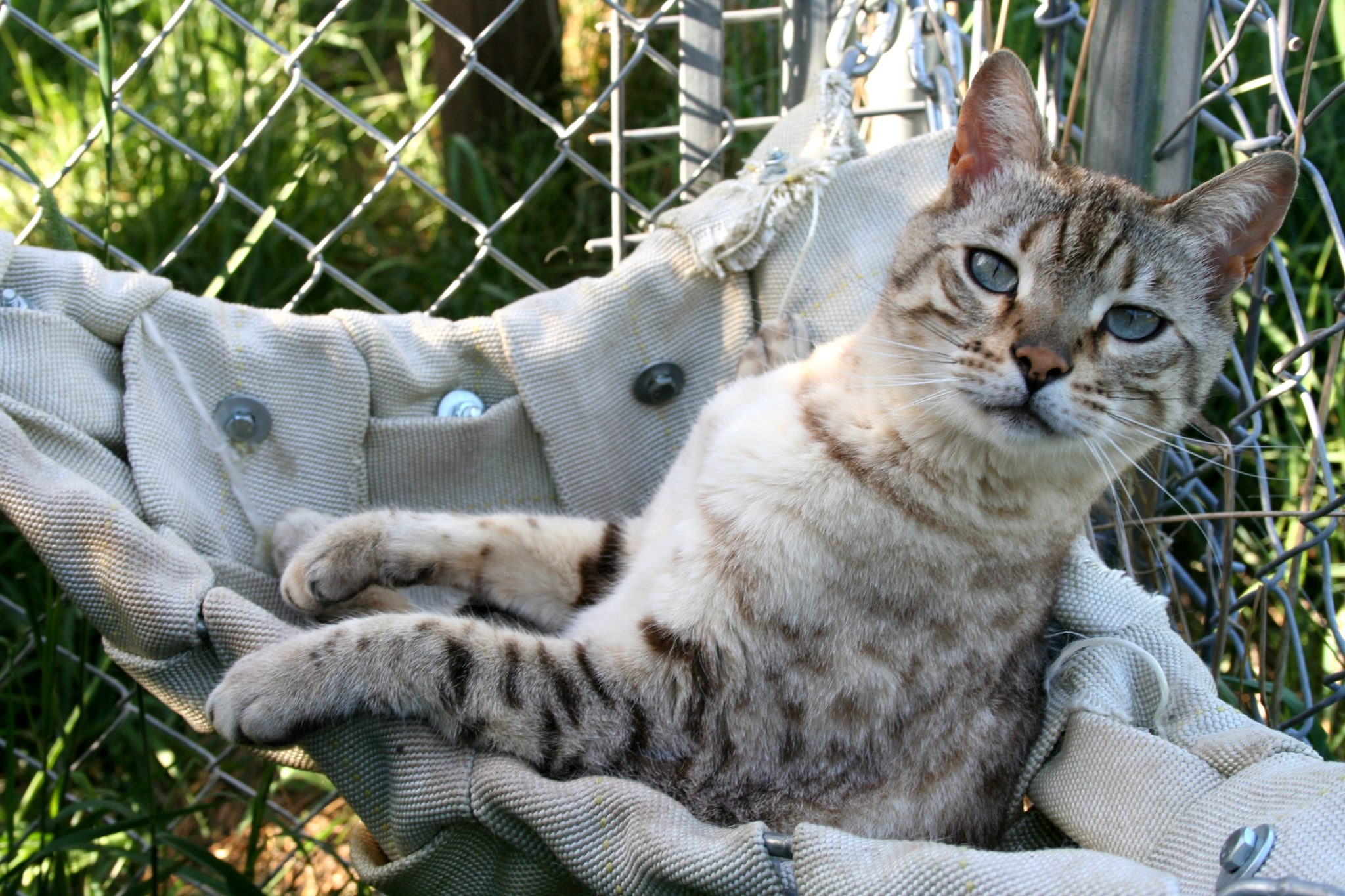 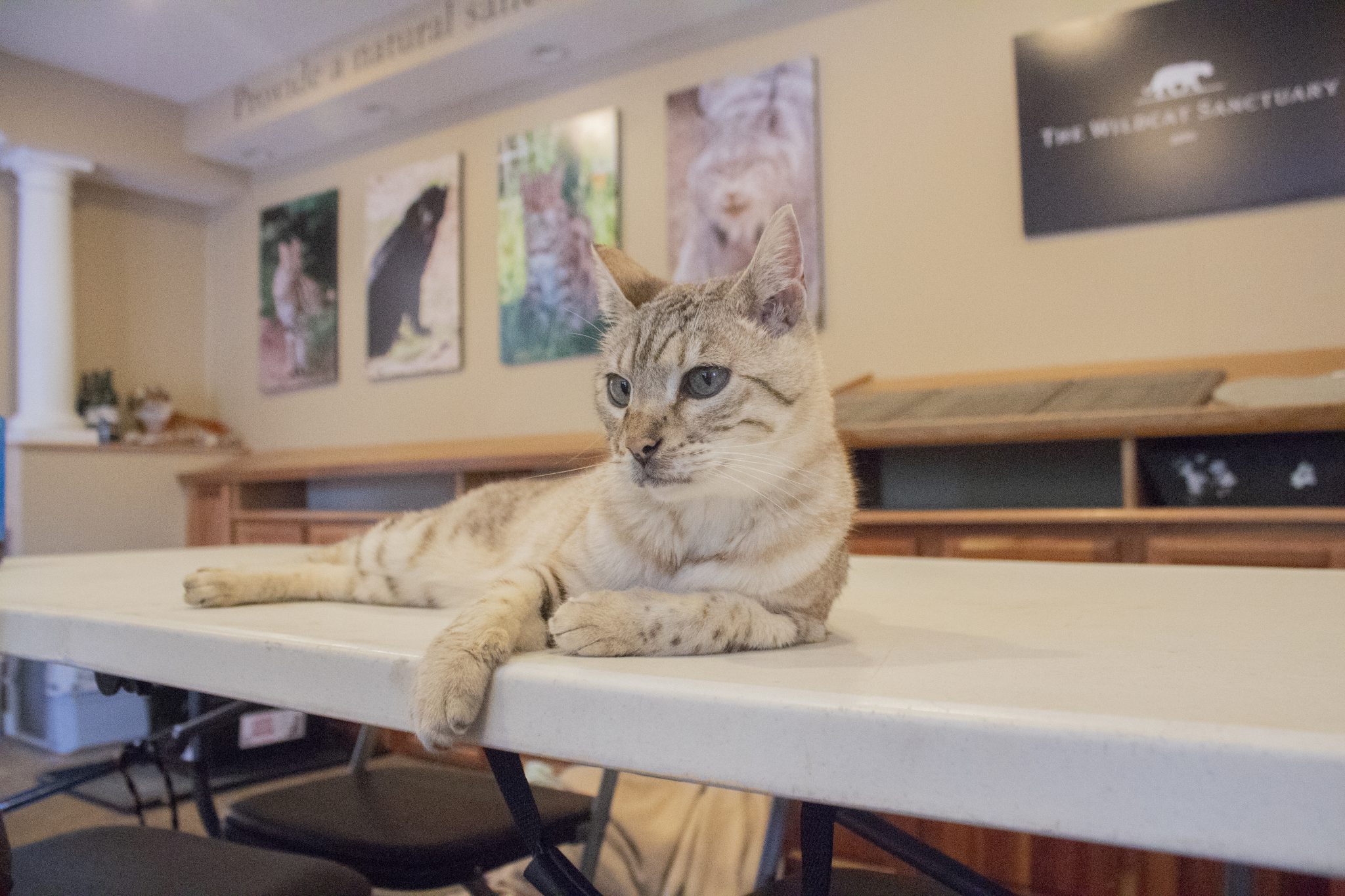 Maui is a male, domestic Snow Bengal cat who came to live at The Wildcat Sanctuary in 2006.  He was three years old at the time.

We’d received a call from the Agricultural Department in Honolulu, Hawaii. They’d seized a cat at the airport because the owner did not have proper paperwork. After 50 days in a kennel, the owner authorized the authorities to euthanize Maui. Can you imagine?

Luckily, the agents had grown attached to Maui and took the time to find our sanctuary and ask if we could take him in. Of course, we said yes.

Learn more about why we do NOT support the breeding of hybrid cats.

Maui is the loudest Bengal at the sanctuary and can be heard yowling for attention in the mornings.  He has bright blue eyes and a curious personality.  Maui lives in a bungalow with an indoor and outdoor area complete with perches, hammocks, walkways, trees, and fellow Bengals to keep him company.

He makes sure all the caretakers know that he gets extra special pets and hugs. No one can turn this beautiful boy down when he is so affectionate.

Caring for a wild cat for life – even a small hybrid like Maui – can be quite expensive. Hybrids usually come to us with special needs, genetic and/or medical issues due to their breeding.

Our sponsorship program helps support the cats’ care costs and allows you to form a special bond with them. Would you consider becoming Maui’s sponsor parent?

Over the years Maui has been treated for inflammatory bowel disease. It takes a special diet, supplements and a lot of close attention to keep him on track. We don’t mind it at all. He thanks us with his purrs and special hugs.

There’s a saying that cats have 9 lives. Maui the Snow Bengal truly embodied that.

From his arrival 14 years ago after being left at a Hawaii airport, his chronic health issues were part of the caretaker’s daily routine.  After inflammatory bowel disease, kidney and dehydration issues, it was bone cancer that finally took Maui from us.

But Mau-Man (as we liked to call him) was not defined by his illnesses, but instead by his loving and kind heart.  Maui loved people so very much.  And spending time with each of us wasn’t enough. Maui liked to be carried, cuddled and smothered with affection.  You could always find him on a shoulder of a caretaker or wrapped in the belly of their sweatshirt.

And if Maui didn’t get the attention he demanded, he would always stand on his hind legs and reach up on your lap asking to be picked up.

Maui won hearts across the world, including the caretakers from Argentina.  During morning huddle, when all of us stood in a circle for our meeting, Maui climbed from shoulder to shoulder around the circle, making sure he got hugs from every single person.  And when the Argentina caretakers had to say goodbye to the lions they placed with us, it was hard. But they said leaving Maui was just as bittersweet for them.

Maui’s affection could only be overshadowed by his strong voice. He was always at the fence or the door to scream hello.  Even the morning we had to say good-bye, with labored breath, Maui meowed hello to each caretaker as the entered to say good-bye.

We made sure Maui was held every moment as we sent him over the rainbow bridge.  As a caretaker favorite, it was hard to say good-bye to him.  He had a wonderful weekend outside in the sun, visiting with those who loved him.

After that, his breath became irregular and he became very quiet. He clearly told us that it was his time.  No matter how many years they’re critically ill, the end can still seem too sudden.

I am grateful for all the love Maui received and returned over the years. He never discriminated against any human – he loved us all the same.

Maui, we will hold you in our hearts forever, just like we did so lovingly in our arms.