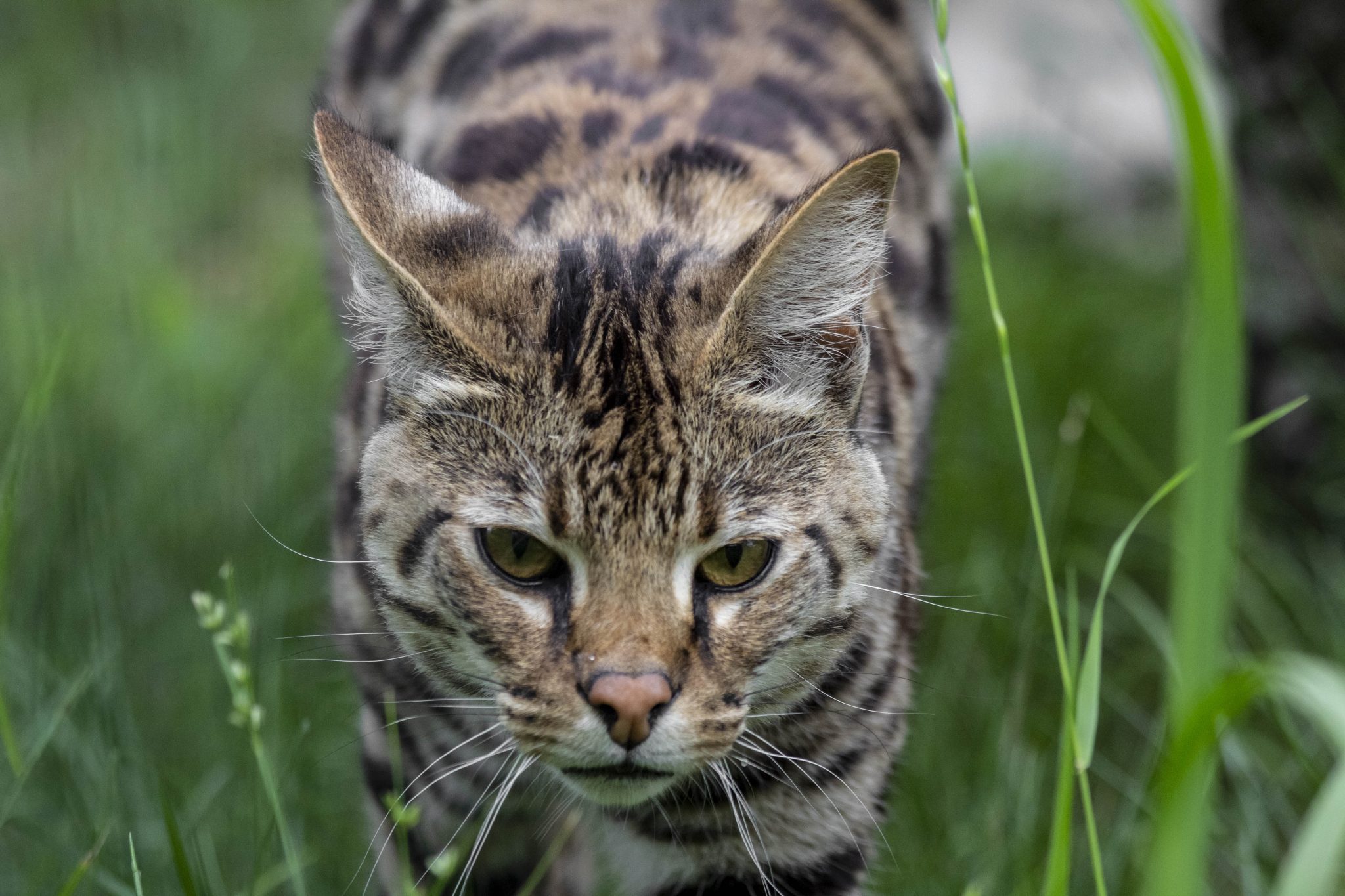 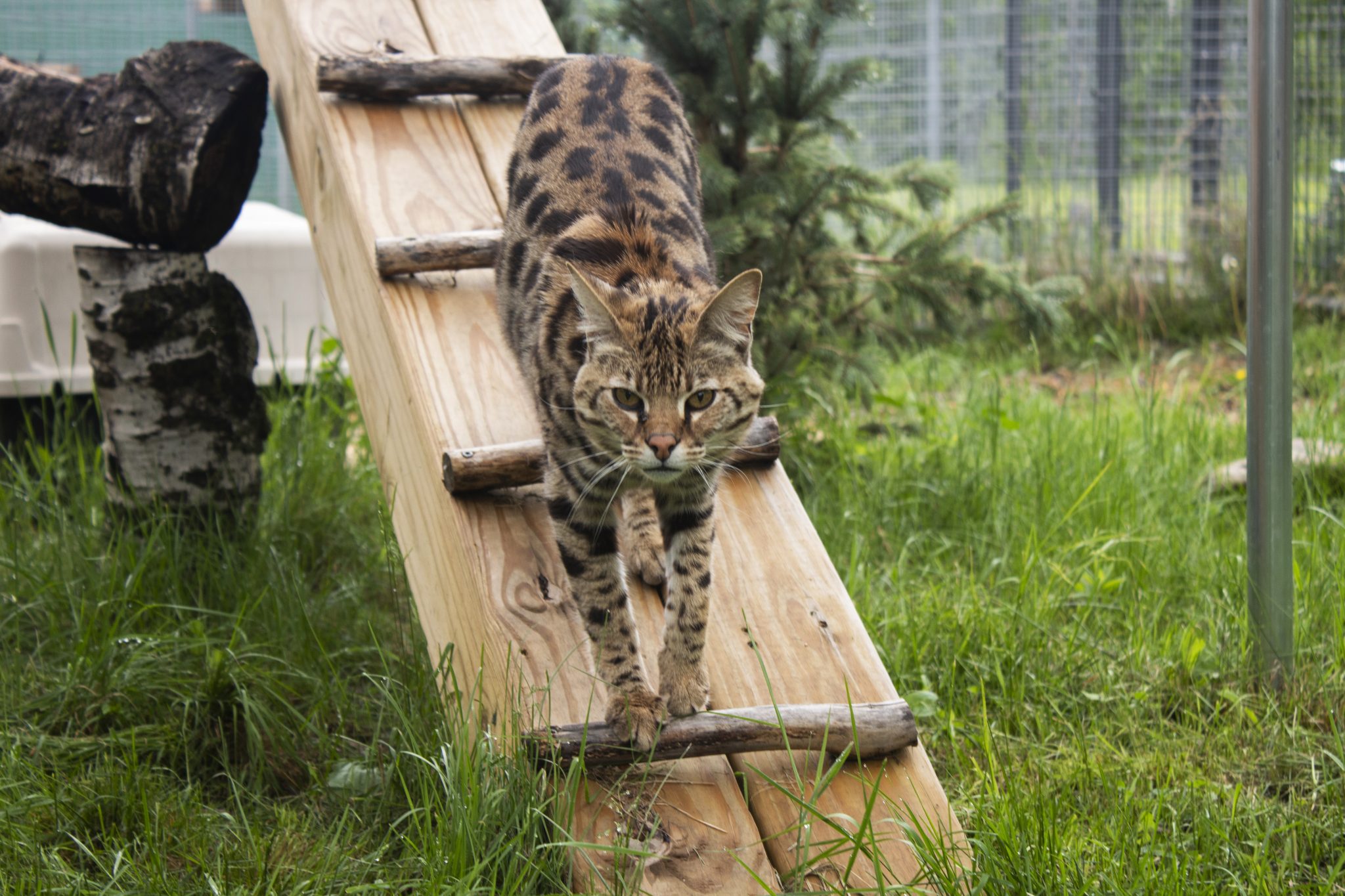 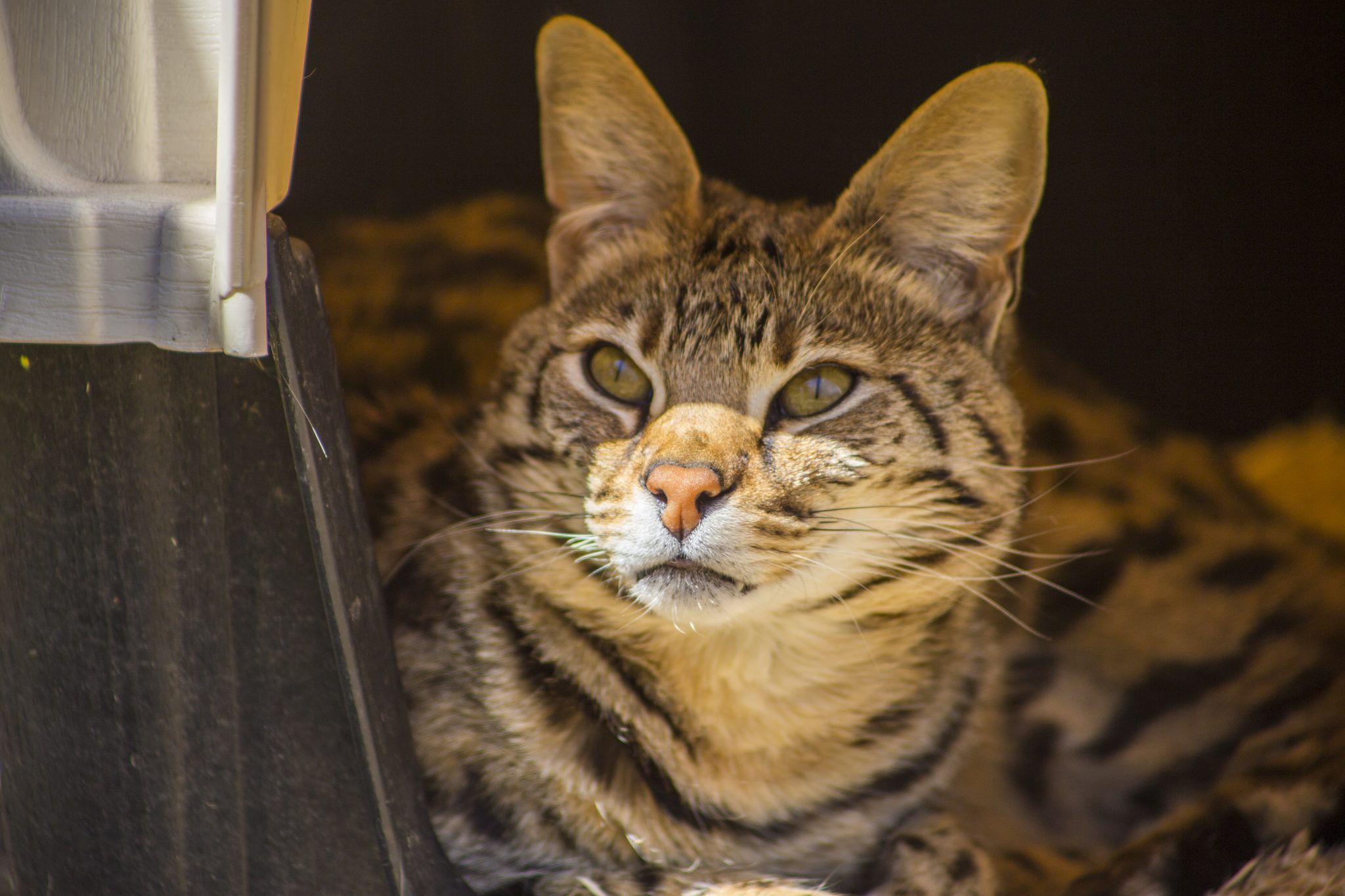 Maximillion is a male, F1 Savannah cat (a cross between an African serval and a domestic cat). He came to The Wildcat Sanctuary in 2017 when he was four years old.

We’d received an email from a woman who just took in this F1 Savannah cat as a foster.  She quickly began researching the breed and our work and contacted us within 24 hours. She hoped we could be a forever home to Maximillion. 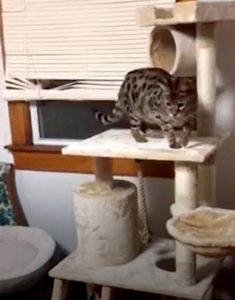 He’d originally been purchased from a breeder and was living in a home in New Orleans with three other hybrid cats. When Maximillion began chewing on blinds and soiling outside the litter box, his owner decided to surrender him to a local rescue.

This is a story we’ve heard over and over again. We’re so thankful for the commitment and knowledge of the foster in finding Maximillion a perfect home here with us.

You can imagine, the foster fell in love with Maximillion right away. He was known to be social, but since his world had been turned upside down, he was now frightened and unsure. The foster communicated with us frequently about diet and essential oils to decrease his stress. She even donated her time to drive him 1200 miles to meet our volunteer team half way from Louisiana!

It takes a village of good and caring people to help cats like Maximillion. Who drives over 1200 miles to make sure a recently surrendered Savannah cat has a forever home?  We do of course!

Thanks to your support, committed volunteers and staff, we always find a way to bring them home – no matter whether they’re big or small.

Maximillion made it clear he really preferred to have his own “private suite” rather than sharing space with another hybrid cat. We always do whatever makes the cats happiest here. Sometimes, that comes at even greater cost.

We built a new bungalow for three of our hybrids who wanted their own space, but company of others at the same time. They each have their own separate habitats, but shared walls inside their attached bungalow. It’s the best of both worlds.

They each get to live on their own terms yet still have companionship of their own kind.

Caring for a wild cat for life – even a small hybrid like Maximillion – can be quite expensive. Hybrids usually come to us with special needs, genetic and/or medical issues due to their breeding.

Our sponsorship program helps support the cats’ care costs and allows you to form a special bond with them. Would you consider becoming Maximillion’s sponsor parent?