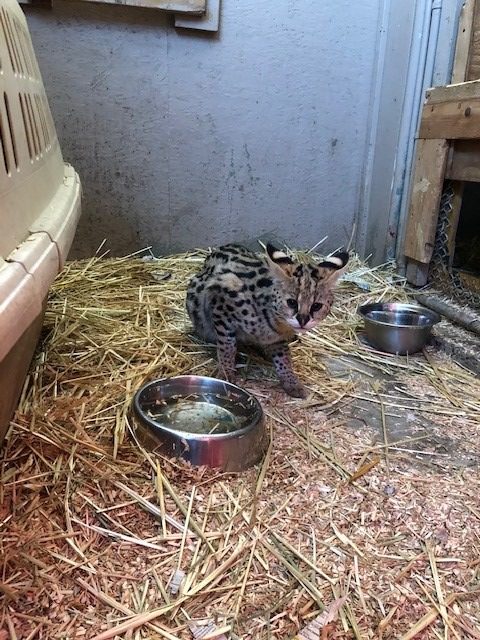 African serval kitten Bell arrived in November of 2019, along with her mother Ava and siblings Chili and Jalapeno (Hal).W

We’re relieved we can finally share good news about another international rescue we’ve been working with authorities on for months. 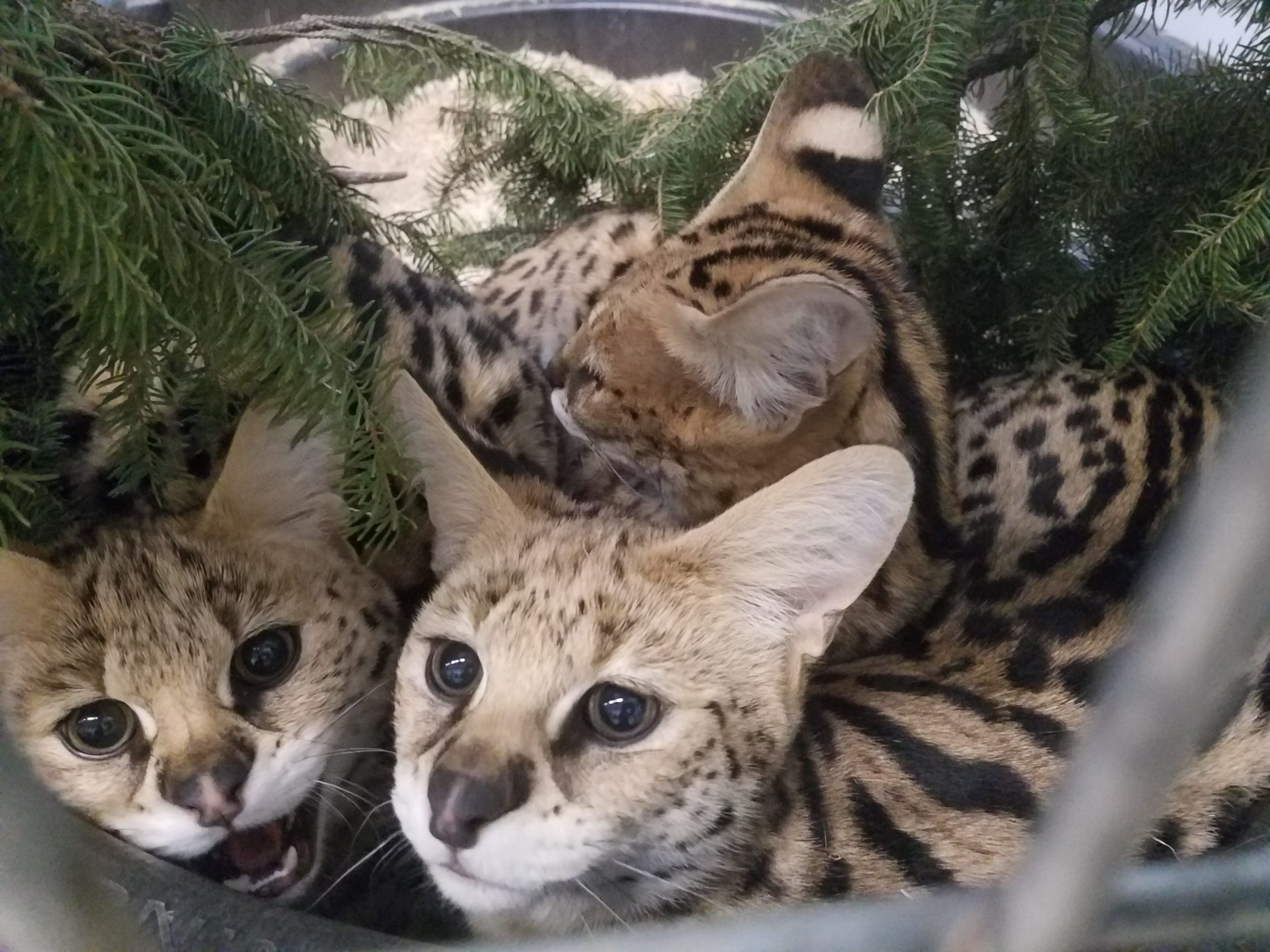 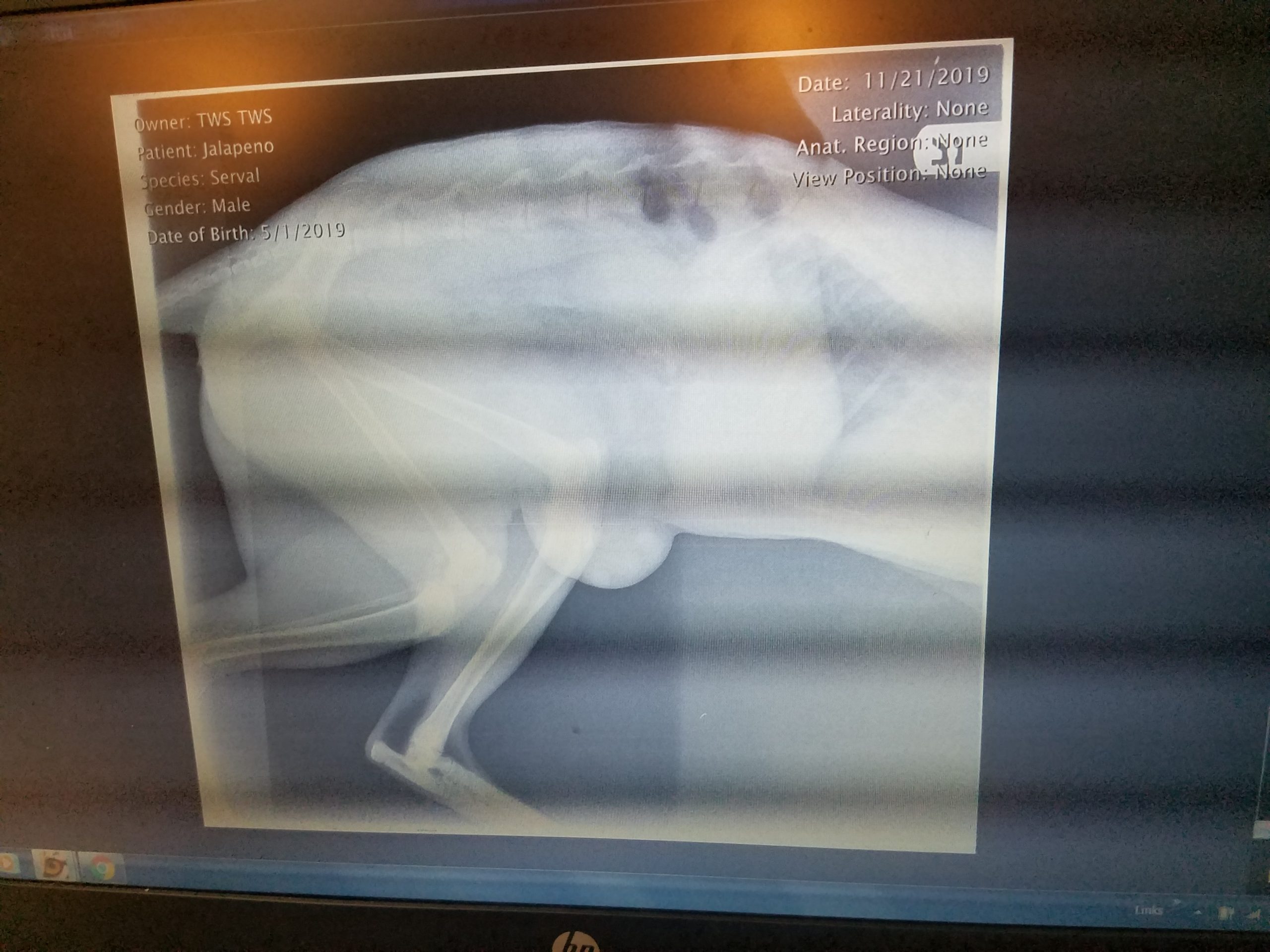 During Bell’s intake exam, we found something serious.  Radiographs showed a very large hernia protruding in her abdominal area.

Our vet team was able to repair that, as well as spay her, so it wouldn’t present serious issues in the future. Thank goodness we caught it when we did!

This is an example of what can happen when wild cats are sold as “pets.”  Without proper veterinary care, untreated medical issues like Bell’s can result in serious emergencies.

Bell recuperated well from her surgery and is enjoying cuddling with her mama Ava and her siblings. We look forward to them all growing up together, enjoying their new life here.