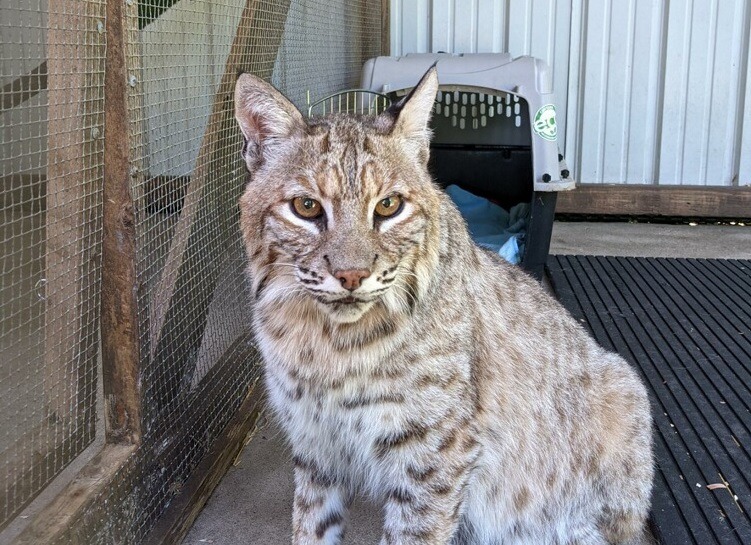 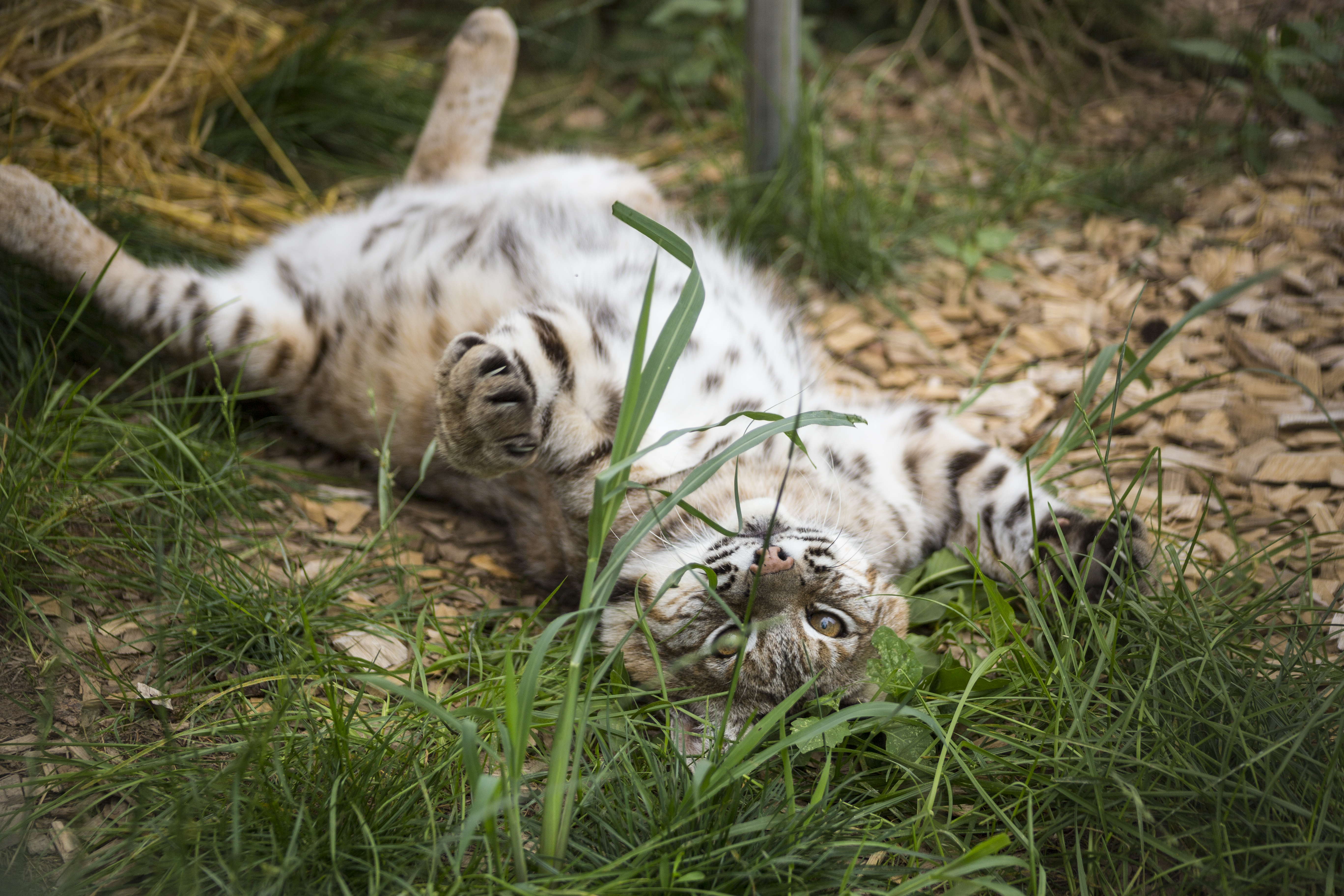 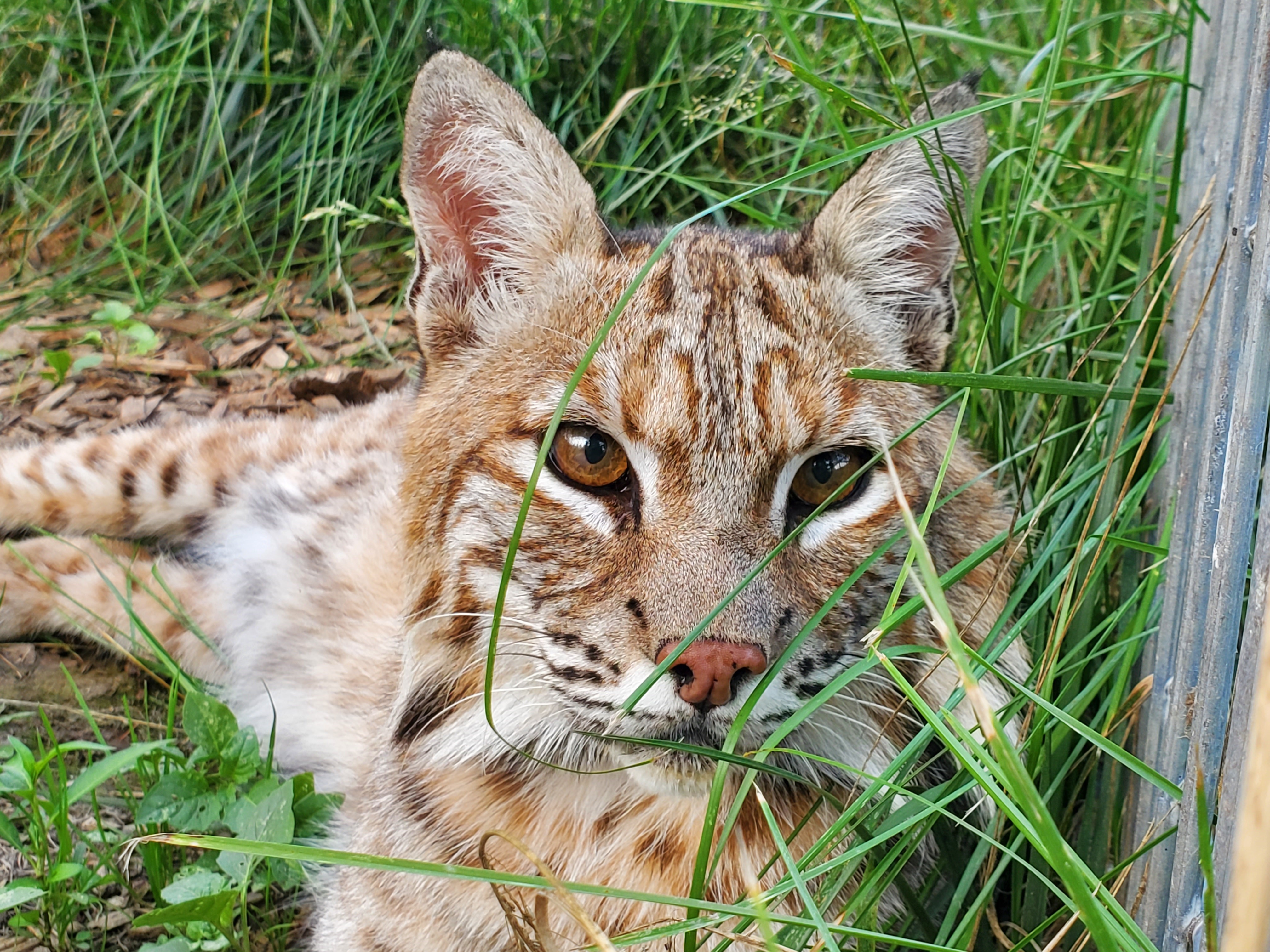 Bogart, a male bobcat confiscated out of state, arrived at the sanctuary in July of 2021. We’re not certain of his age, but we know he’s a young energetic bobcat!

Police in Missouri had been called to a home regarding a shooting. While they were there, they found Bogart who’d been kept illegally as a “pet.”

The Missouri Department of Conservation seized Bogart since the individuals involved didn’t have permits to possess him.

Bogart was then placed temporarily at Lakeside Nature Center. We were contacted to see if we might be able to provide Bogart with a lifelong home. We were happy to say “yes” and now, he’s finally here at his forever home – The Wildcat Sanctuary!

Bogart’s an adult bobcat who’s obviously been very socialized to humans. But, he had to be formally quarantined when he arrived due to possible parvo exposure.

Sadly, the rehab center he was at also had baby raccoons there who broke out with parvo. But, after his quarantine period, Bogart isn’t showing any signs of the disease, thank goodness.

In fact, he has a calm and sweet disposition. We’re all looking forward to getting to know him and introducing him to another bobcat here at the sanctuary after he’s been neutered. We know he’s going to love companionship of his own kind. From a seized bobcat to a happy bobcat, that’s our goal!

Rescuing young wild cats is such an expensive commitment since it can sometimes mean 20+ years of care. That’s why our sponsorship program is so important. It helps provide the best life possible for those we’re able to rescue.

Thank you for considering becoming Bogart’s sponsor parent or even giving a one time donation toward his care.  It makes such a difference for him!