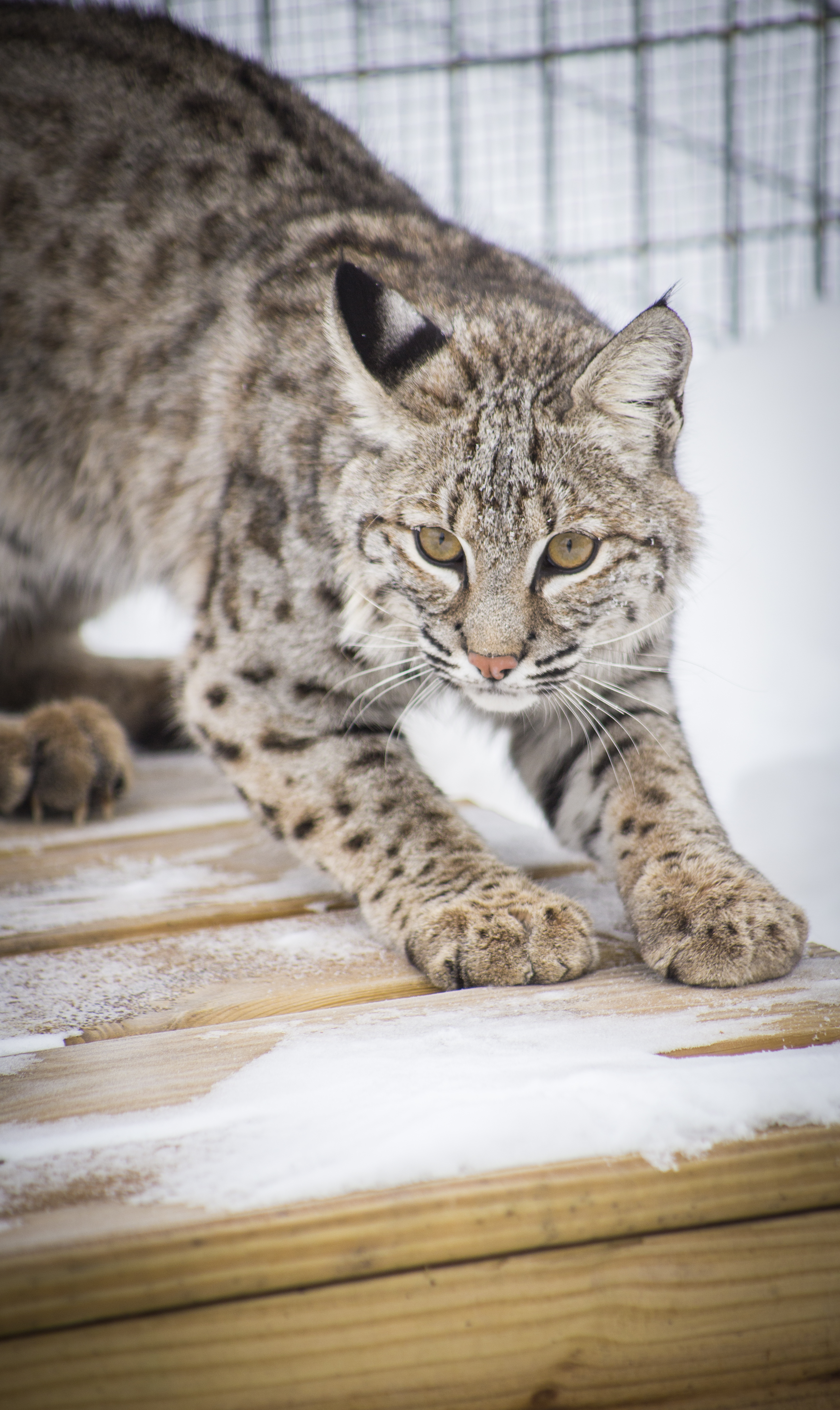 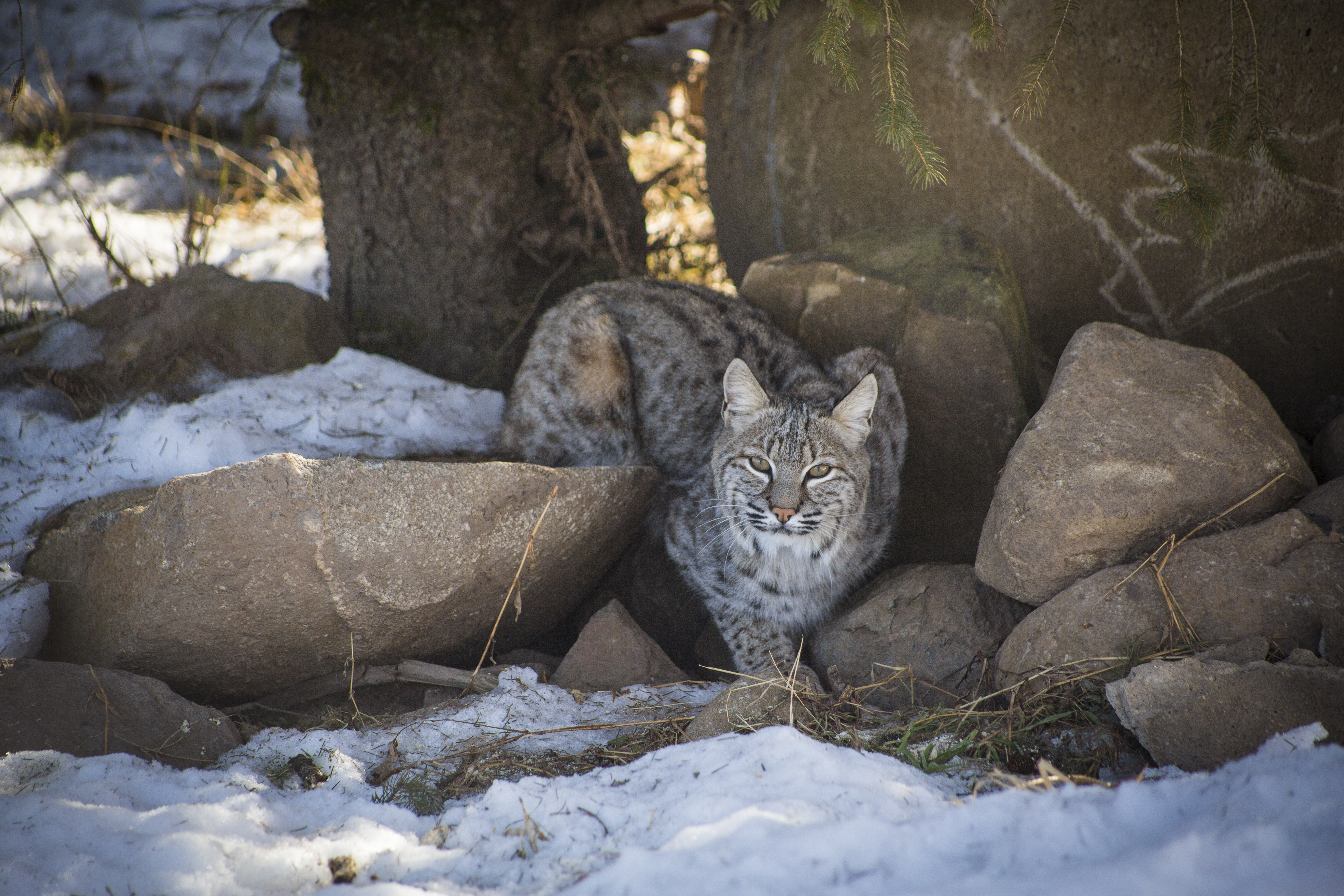 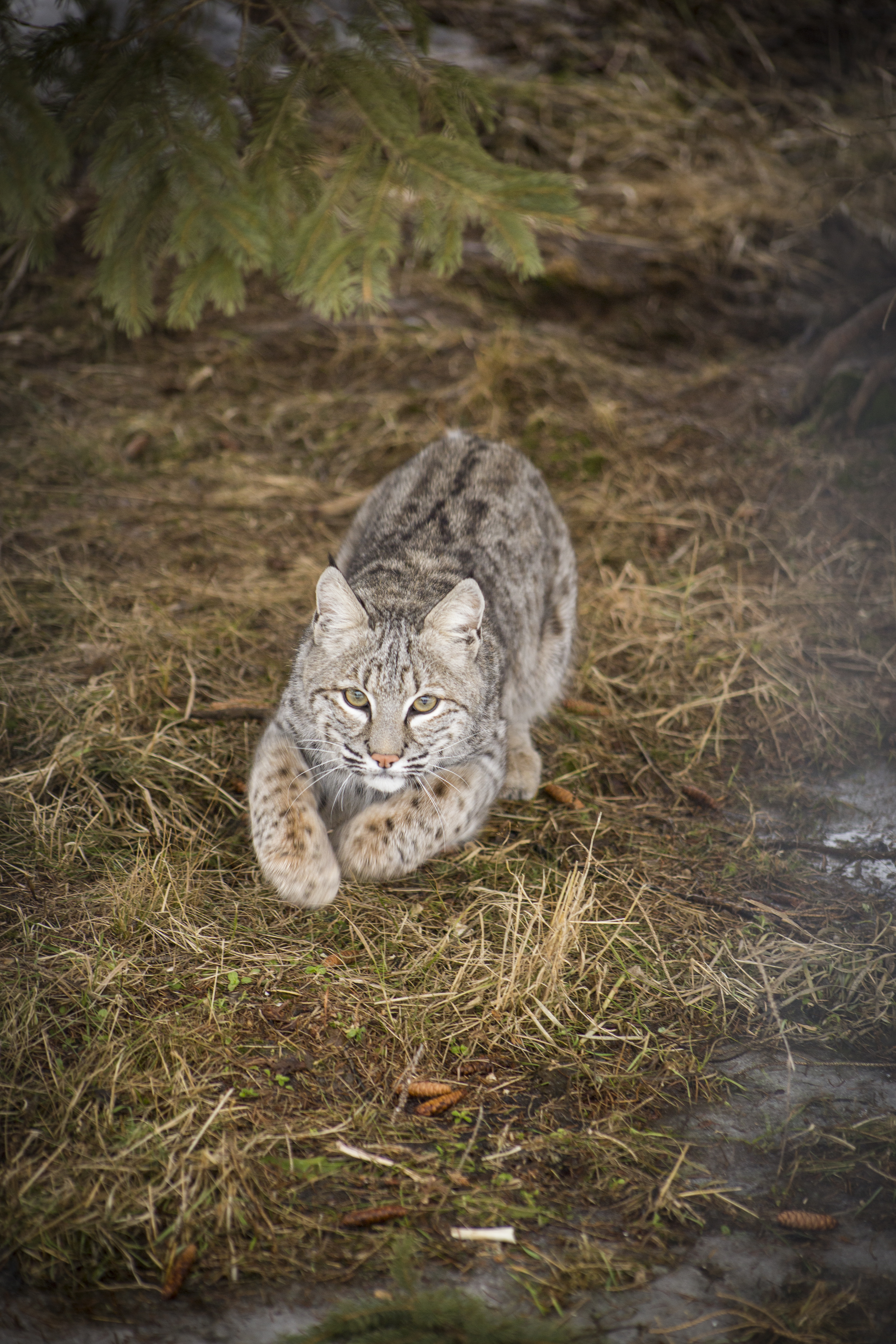 Enzo is an adolescent male bobcat who arrived at the sanctuary in 2019.

Unfortunately, bobcats are one of the most common, privately-owned wild cats we receive calls about. So Enzo’s story was one we’ve heard countless times before.

Many people have smaller exotic cats in their house for the first year or so, until they reach adolescence and start demonstrating their wild, temperamental side.

Bobcats are known for purring one minute and being very aggressive the next. They can also have a very possessive nature and don’t like to ‘let go’ of anything in their clutches. That described Enzo exactly.

But here at the sanctuary, Enzo is starting a new life. A life where he’ll be allowed to live as wild at heart as he’d like, being the bobcat he was meant to be. 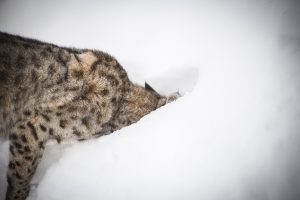 The minute he had a chance to go out in the snow, he frolicked like it was the best thing ever! He burrowed his face right into snow piles with no hesitation at all.

He’s just thrilled with his new home here at the sanctuary, that’s pretty obvious to see!

Enzo needs to fill out a bit since he’s a lanky boy. He’d also been declawed and we treated him for an intestinal parasite during his intake exam. 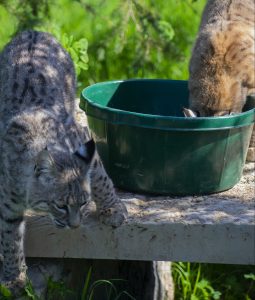 Happy to report Enzo and Morgan are officially habitat mates. Though Morgan sort of ignores this playful, younger bobcat’s hijinks, she does sometimes join in…especially when there’s a bucket of catnip involved.

Our sponsorship program helps cats like Enzo live wild at heart. Would you consider becoming his sponsor parent? It’s such a great way to make a difference.