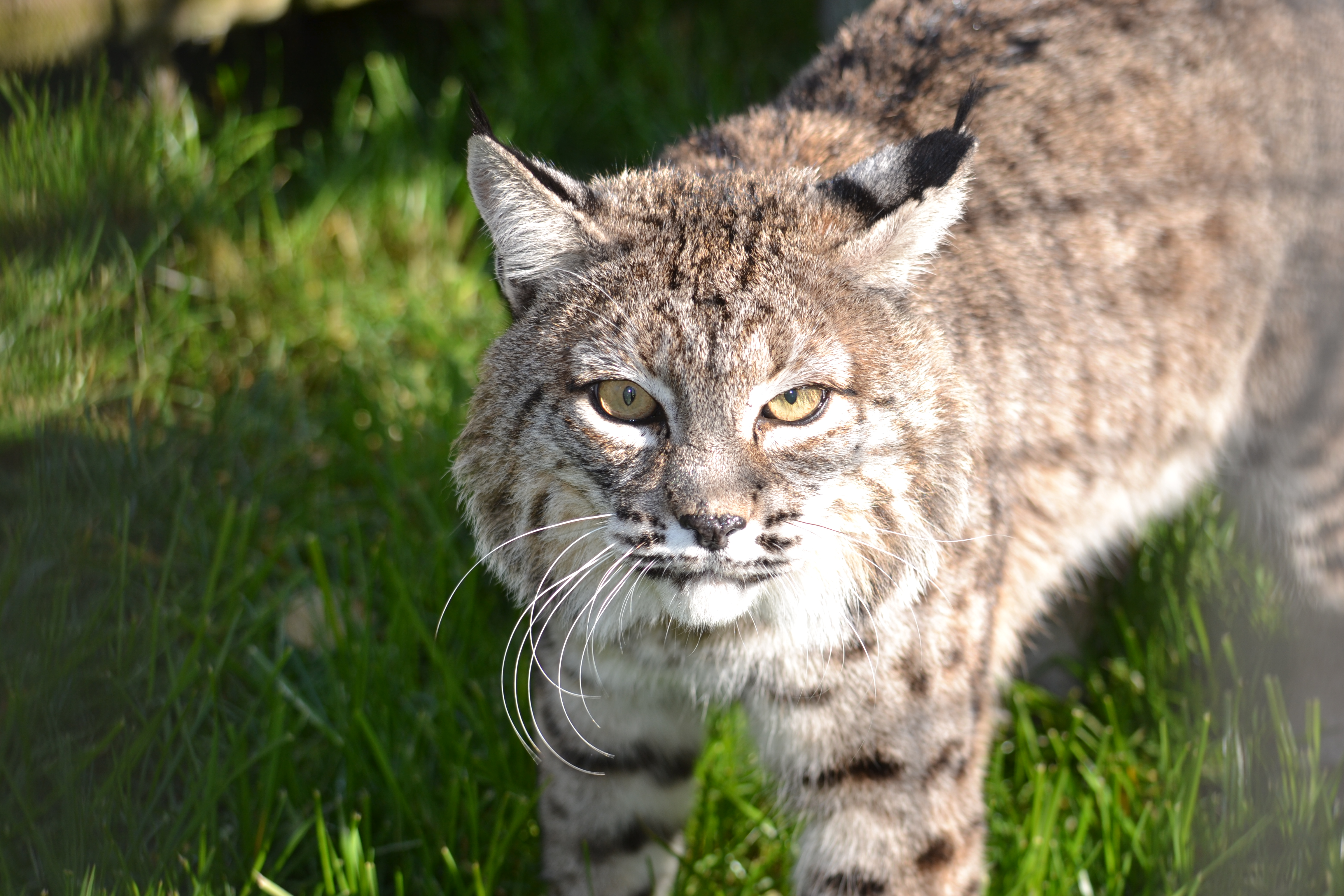 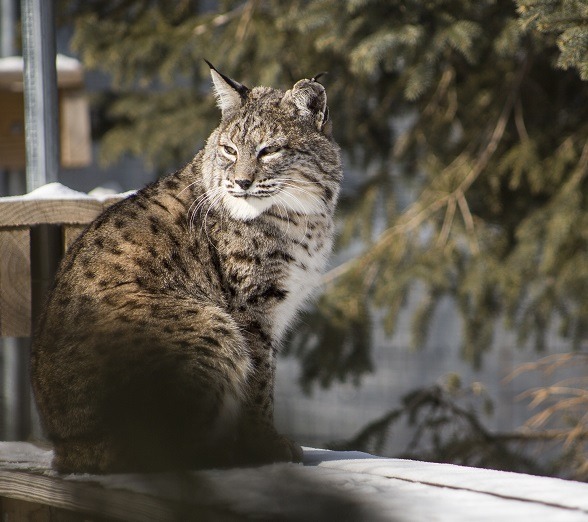 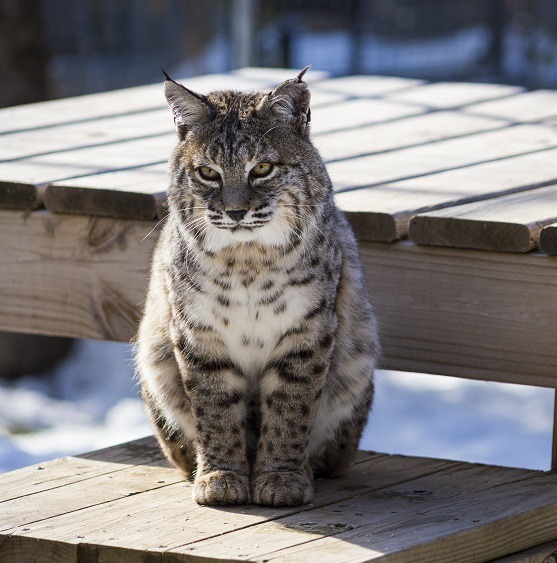 Sarge arrived at the sanctuary in 2020. He’s estimated to be about six years old.

A California rehab facility contacted us, asking if we could take in two unreleaseable bobcats. Sarge was one of those.

Sadly, he’d been hit by a car. The rehabber who took him in thought at first that he was wild born. But, his behavior soon became consistent with a hand raised bobcat.

For instance, a wild bobcat would not wait at the door and challenge you for food unless it was familiar with having been fed by people before.

That’s why the rehabber who took him in suspected he’d been captive bred. Sadly, he appears to be yet another bobcat purchased as a pet and then released.

Sarge is fine and relaxed all day, until feeding time when he’s been known to charge the door.

This is why people release their “exotic pets” into the wild. They assume with behavior like this, they can hunt for themselves. But that’s not true!

These guys show up at rehabbers emaciated, full of ticks, sitting on trails not knowing what happened to their comfortable life. These bobcats are not all instinct. They LEARN what they need to know from either their mom or in a rehabilitation facility.

That’s why we were contacted to provide Sarge the wild at heart life he truly deserved. Of course, we said yes.

After a cross-country, 2,000 mile journey from California to Minnesota, Sarge began settling in well.

Initially, we have Sarge in a habitat next door to his travel mate Glenn. We’re observing them to see if there’s any sign they might want to live with one another. If not, we’ll definitely be on the lookout for a new friend for Sarge in the months to come.

Our sponsorship program helps cats like Sarge live wild at heart. Would you consider becoming his sponsor parent? It’s such a great way to make a difference.