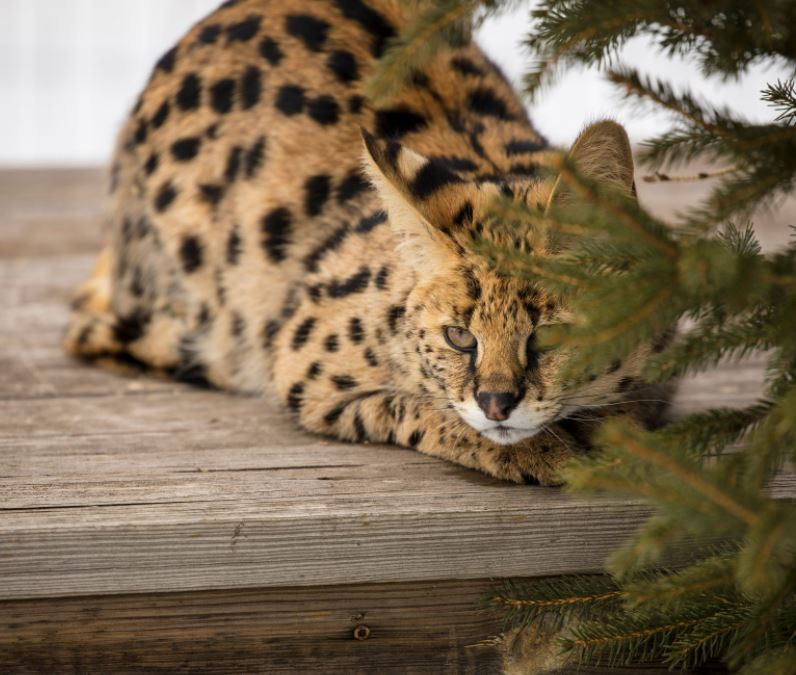 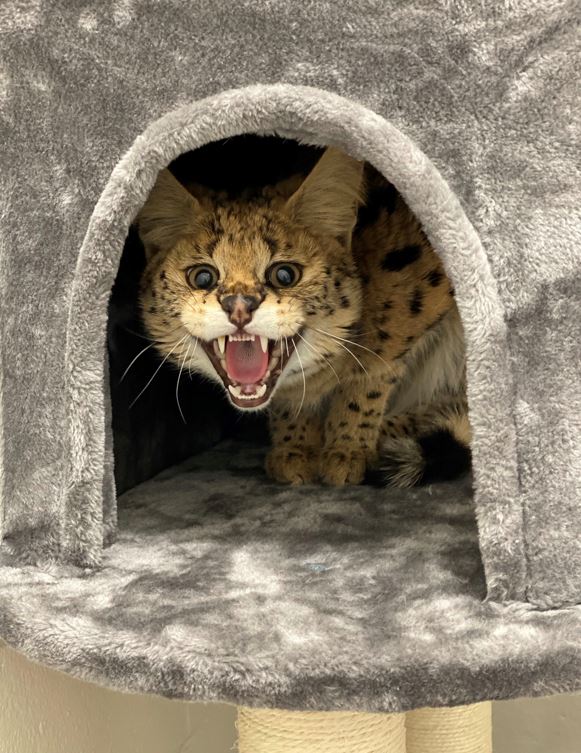 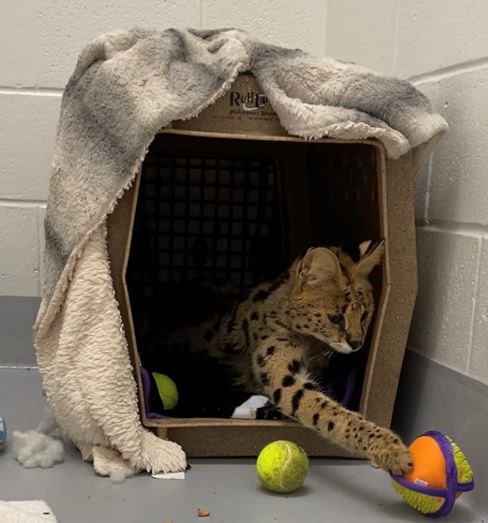 Bruno is a male serval, estimated to be about a year old, who arrived at the sanctuary in January of 2022.

In early January, a young serval had been reported loose and in distress in a Lincoln, Massachusetts 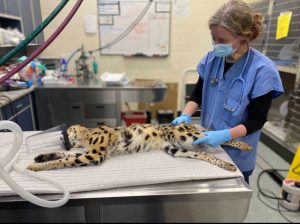 Once we saw the story, we reached out immediately to the MSPCA to offer our assistance after they captured him. We worked together, consulting with veterinary specialists regarding Bruno’s injuries and care.

Bruno’s story makes us both sad and mad.

As more and more people believe breeders, that servals, bobcats and hybrids can be great pets, we’re seeing reports all over the country of “escaped” exotics. These cats can’t survive on their own. Many have been declawed. All see humans as a source of food.

Bruno is the poster child of the horrible things that can happen when they escape. 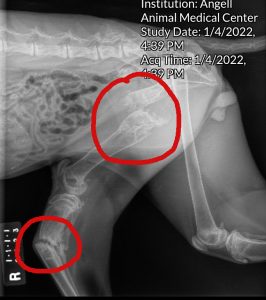 We don’t know if he was hit by a car, but the breaks in his rear leg are extensive and could be months old.

Can you imagine this poor cat trying to survive a bitter winter with a broken leg?

We’re so thankful to the residents who reported seeing him in their yard and how they worked with the MSPCA to trap him.

Understandably, Bruno’s very thin. We advised MSPCA staff about a proper serval diet to help build his strength. But, unfortunately, there was no way to save his leg. The MSPCA amputated that leg and neutered him.

It was a 3,000 mile roundtrip journey, in the middle of winter, to bring him here to his forever home.

We know he’ll do fine with 3 legs. You might remember our 3-legged bobcat Claud who can sprint around his habitat with no problem at all.

Bruno is young, so we want him to have the best chance for a fulfilling life, living here with all our other servals.

He’s already showing signs he likes enrichment and playing, something we’re so happy to see!

Bruno is one of the happiest servals now. He certainly doesn’t let the fact that he has 3 legs hold him back at all!

Even though caretakers shoveled paths for him to be able to easily get through the snow, he bounded through the deep snow to say hello to his neighbors as soon as he had access.

Once spring arrives, we’re going to try a possible merger with another one of our 3-legged servals to see if they take to one another. Bruno seems to be very interested in others around him, so companionship might be something he’ll really enjoy, too.

We can’t wait to see what fun lies ahead for this amazing survivor!

Rescuing a young serval is an expensive commitment since it means 20+ years of care. That’s why our sponsorship program is so important. It helps provide the best life possible for those we’re able to rescue.

Sponsoring Bruno would cost $300 annually or $25 monthly. You’ll receive photos and his story, along with updates when requested.

Thank you for considering becoming Bruno’s sponsor parent using the buttons above, or even giving a one time donation toward his care.  It makes such a difference for him! 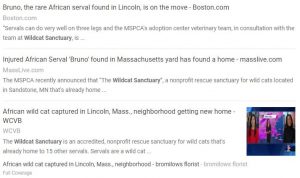 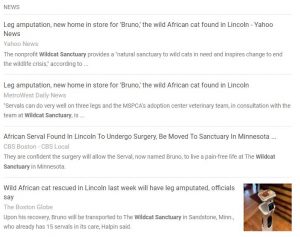 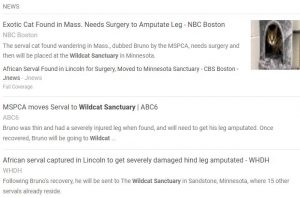 ‘No House Cat’: Exotic Cat Found in Mass., Thousands of Miles From Home