Residents In Memory Mesa – In Memory 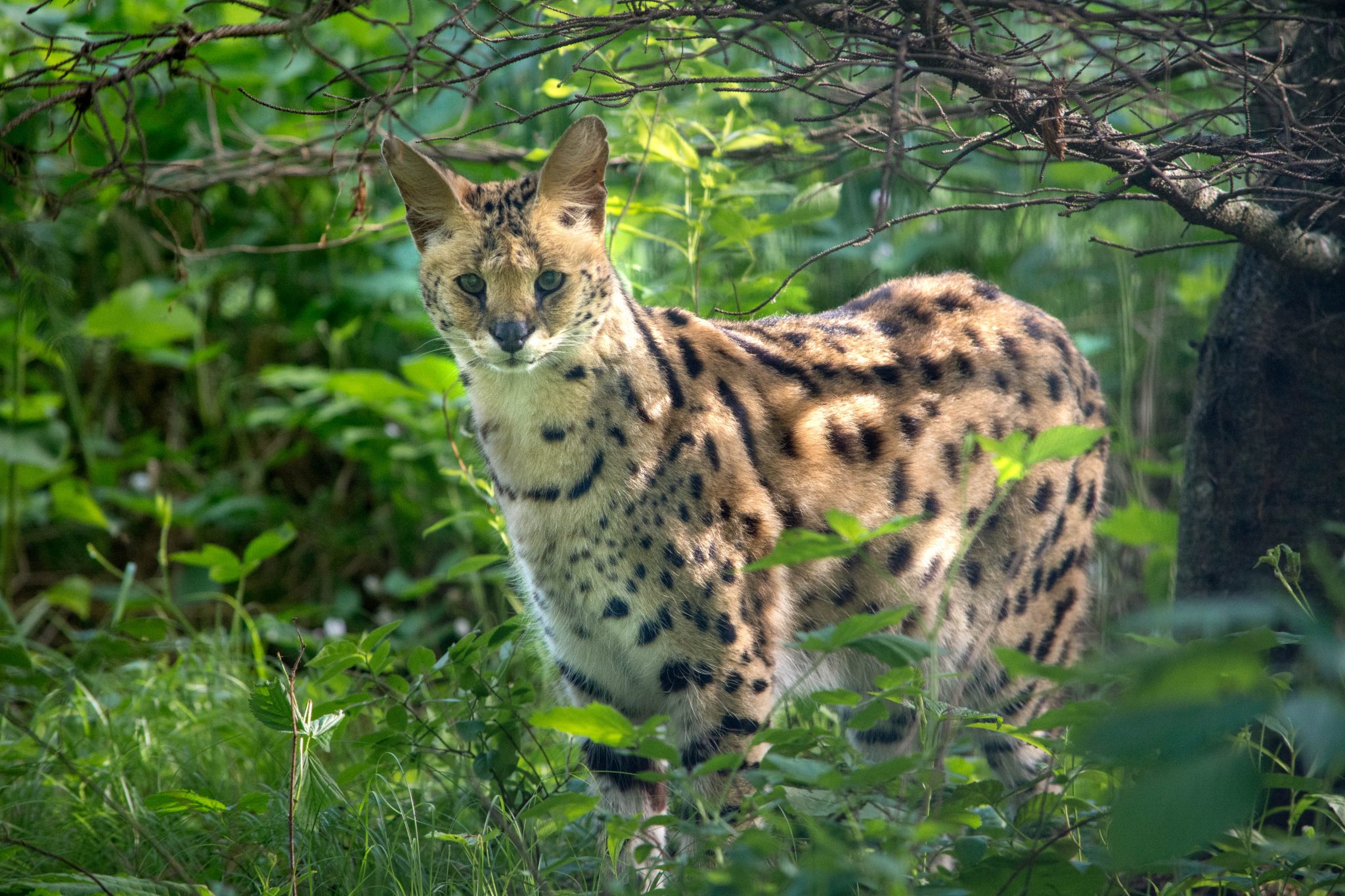 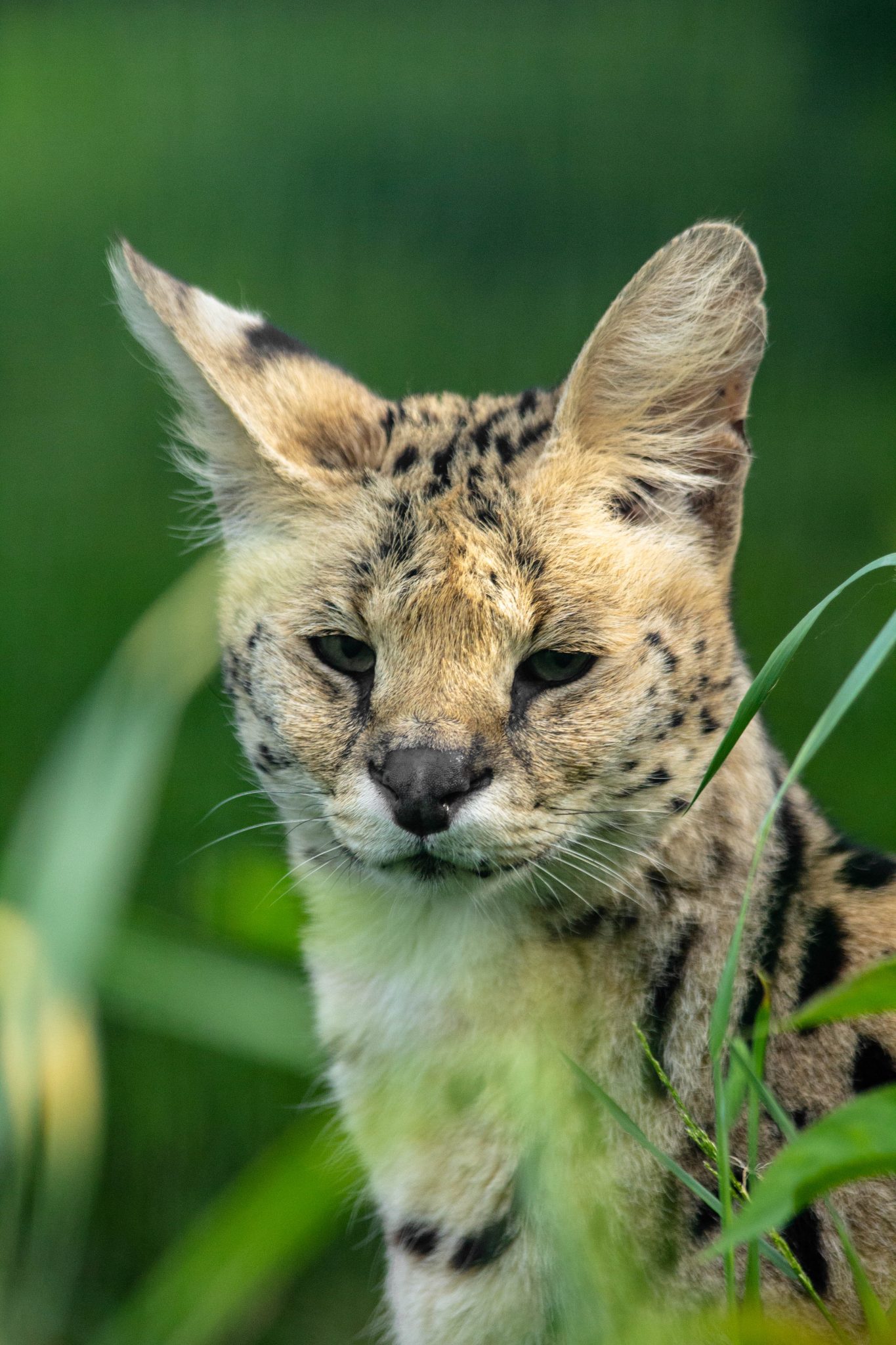 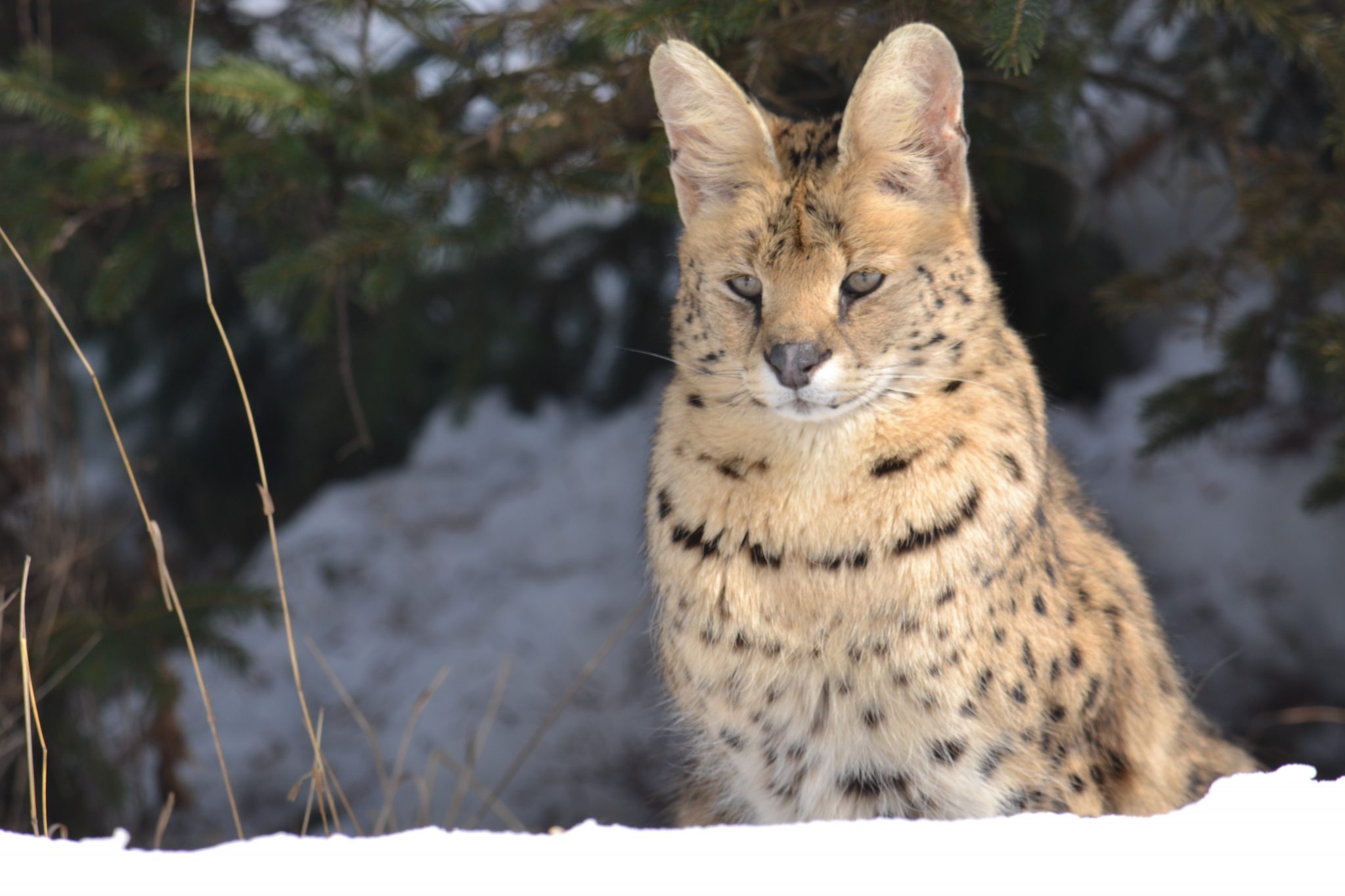 Mesa and two other African servals came to The Wildcat Sanctuary in 2005.  She was just a year old at the time.

She and the others hda been seized by the US Fish and Game Department in Arizona. An unlicensed person had several exotic cats confined to crates and was breeding them illegally.

Mesa lives with other servals in a large, natural outdoor habitat with access to a climate-controlled indoor building, too.  She and her buddies enjoy perches, logs to 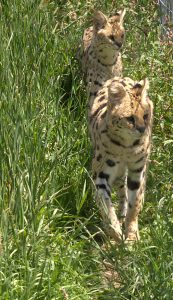 scratch and climb, pools to splash and play in, hammocks to soak up the sun on, and trees that shade their favorite cat nap spots.

It’s wonderful to be able to provide them the simplest comforts so they can live wild at heart, as they deserve.

Rescuing young wild cats is so expensive since it means a lifetime of care costs. That’s why our sponsorship program is such a huge help! Would you consider being Mesa’s sponsor parent?

Sadly, 17-year-old serval Mesa’s health was declining, so we had to say a tearful goodbye to her.  She’d been receiving supportive care for her stomach issues and elevated renal values. But her body just couldn’t keep going anymore.  It was time for us to help her peacefully pass on.

She may not have been as well known to all of you as Chupino was, but she was still big in spirit.

Mesa arrived with her brother Rio and her mother Kyra in 2005. They were seized from a private individual who was illegally breeding them for the pet market. Tragically, servals are still being bred as pets today. They’re one of the most common rescue calls we receive, next to rescue pleas for Bengal and Savannah Cats.

Mesa was always timid and didn’t want to cause much fuss.  After her mother passed away, her brother became overbearing.  We moved her in with other servals where she flourished and could be herself.

Mesa was beautiful and very photogenic. She could never take a bad picture. We featured her beauty often in our annual calendar and Uproar Magazine.

In her early years, Mesa enjoyed painting enrichment and finding the best napping spot in the tall grass. Later in life, she’d take walks along the fence line before finding a sunny spot to lay down.

As easygoing as she was, she wouldn’t hesitate to drop her ears when she was annoyed by a cat or human. Those were her signature ‘helicopter’ ears and made her even more endearing.

Mesa was lucky to have found sanctuary at only a year old.  She didn’t get passed around as a pet or suffer from metabolic bone disease like so many pet servals do.

Because of your support, she was able to enjoy long days in nature, had a heated indoor area for extreme temperatures and had companionship of her own kind.

Mesa, caring and loving you was so easy. You lived every day in peace as you will forever this day forward.

We hope servals like you will one day get to be born wild and never again be sold as pets.