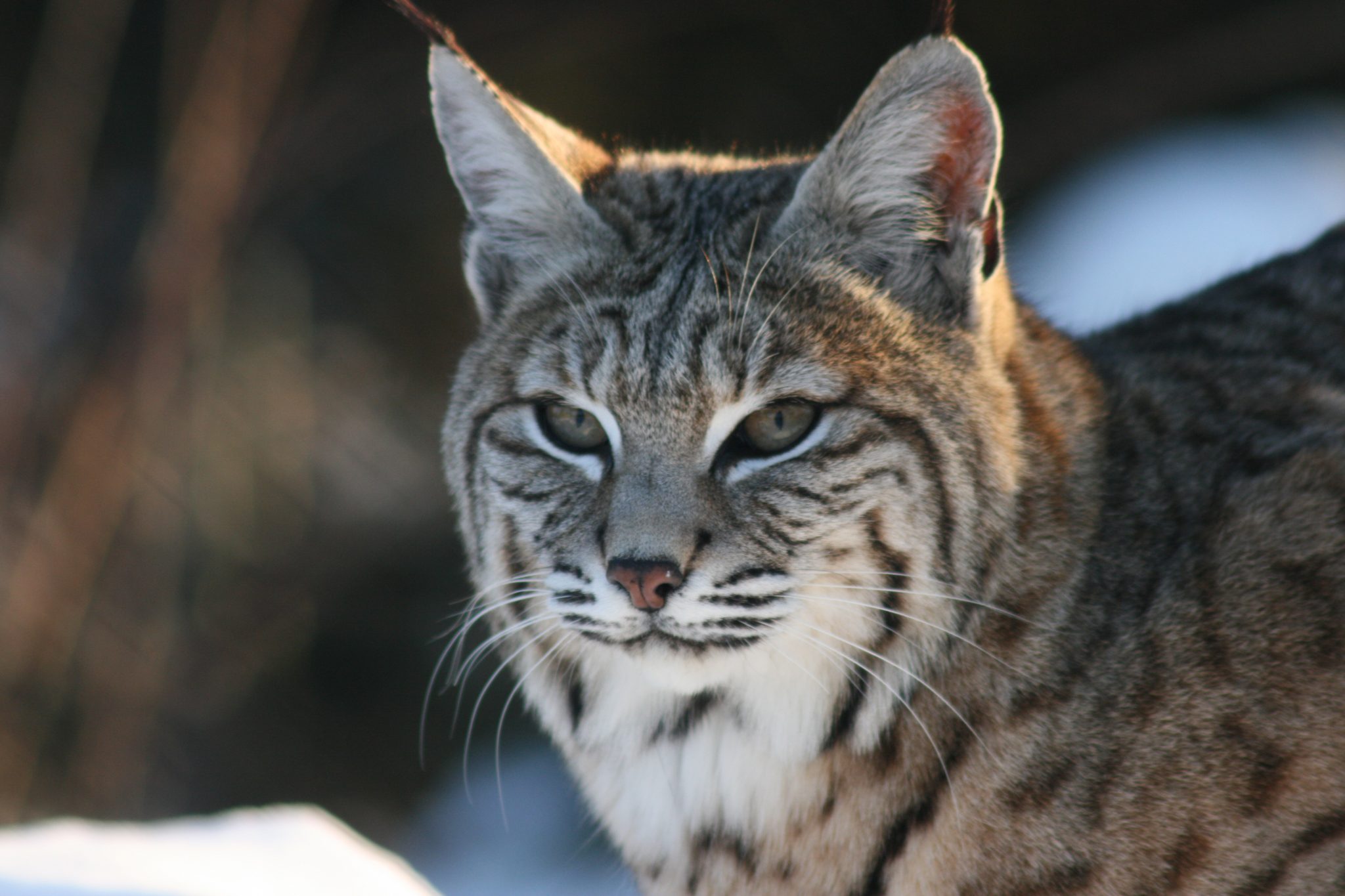 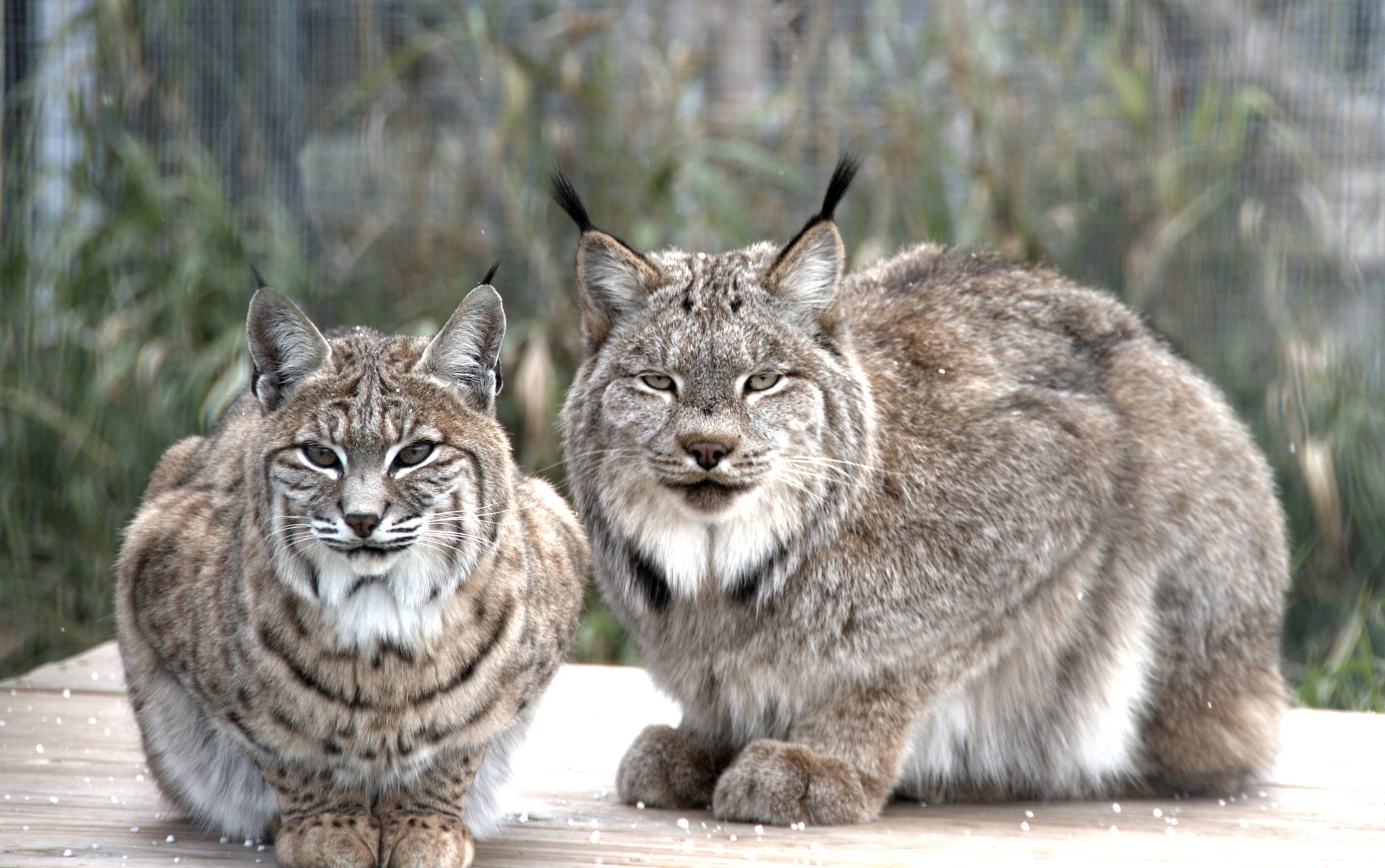 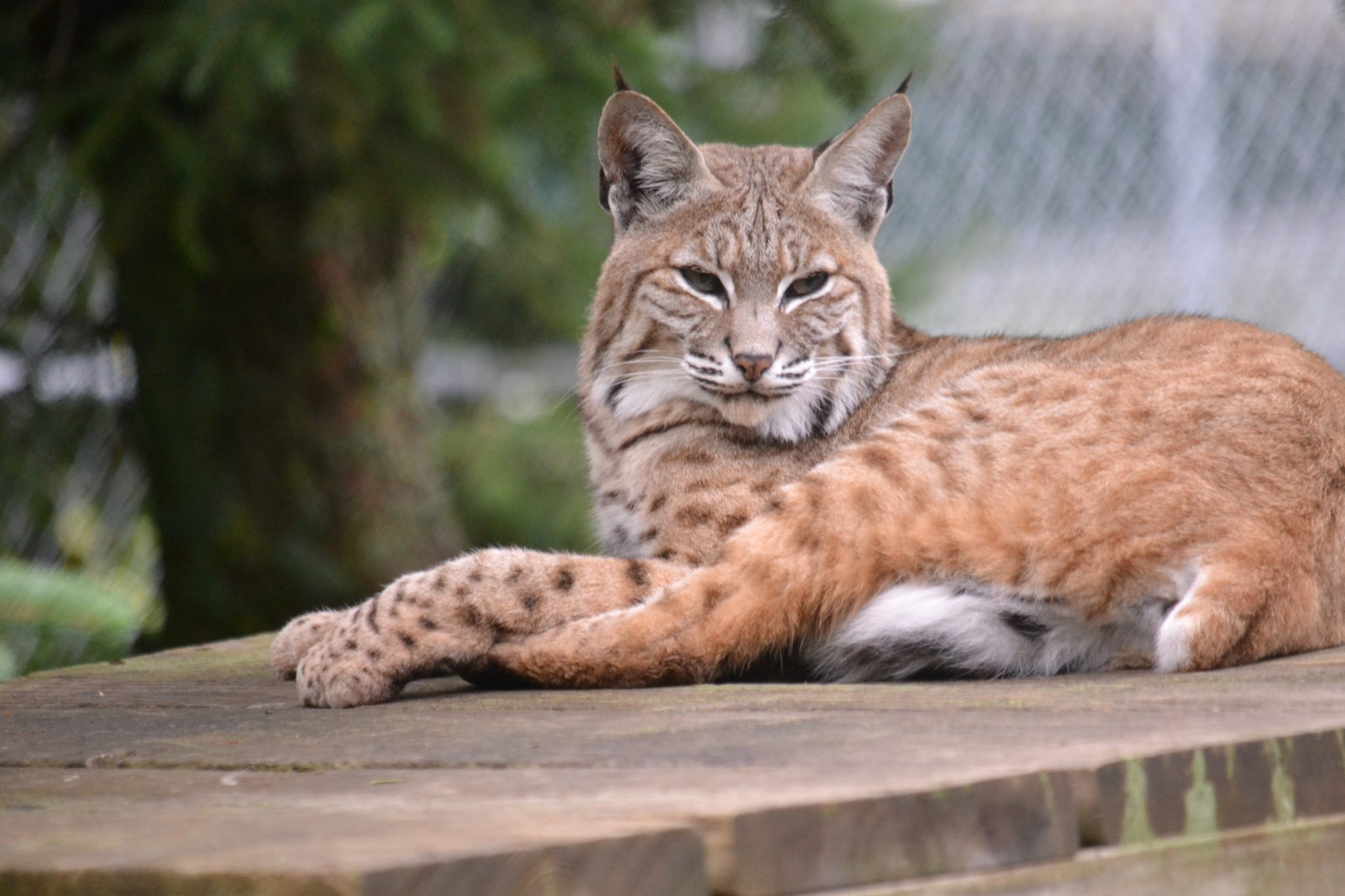 Morgan is a female bobcat who arrived at The Wildcat Sanctuary in 2007 at less than a year old. Incredibly, she’d been found at a Ritz Carlton Hotel in San Diego, CA.

A worker had brought her across the border as a baby and, when they found out how hard it was to care for a bobcat, they left her in one of the hotel rooms!

She was rescued by the California Wildlife Center in hopes that she could be rehabbed and released back into the wild. They compared her DNA with DNA of bobcats in the area.  They were not the same, so they assumed she was not wild.

The California Wildlife Center began the search for a permanent home where Morgan could be with her own kind. Actress Morgan Fairchild stepped in to help this little bobcat.. She reached out to some of her contacts and was able to assist in finding a new home for her here at The Wildcat Sanctuary.

Since Morgan Fairchild was instrumental in this bobcat’s placement, it seemed fitting to name her Morgan. And Morgan Fairchild still has bobcat Morgan’s story featured on her website when you click “Activism.”

Once Morgan arrived, she began living with Shalico, a young Canada lynx, and two other lynx. She quickly became attracted to Shalico. When he ate, she ate. When he napped, she napped. When he played, she played. Ever since that day, she’s been glued to his hip! Their story of friendship has been featured by several media outlets (see below).

Rescuing young wild cats is so expensive since you’re making a commitment to 20+ years of specialized care. That’s why our sponsorship program is such a huge help! Would you consider being Morgan’s sponsor parent?