Residents In Memory Mufasa – In Memory 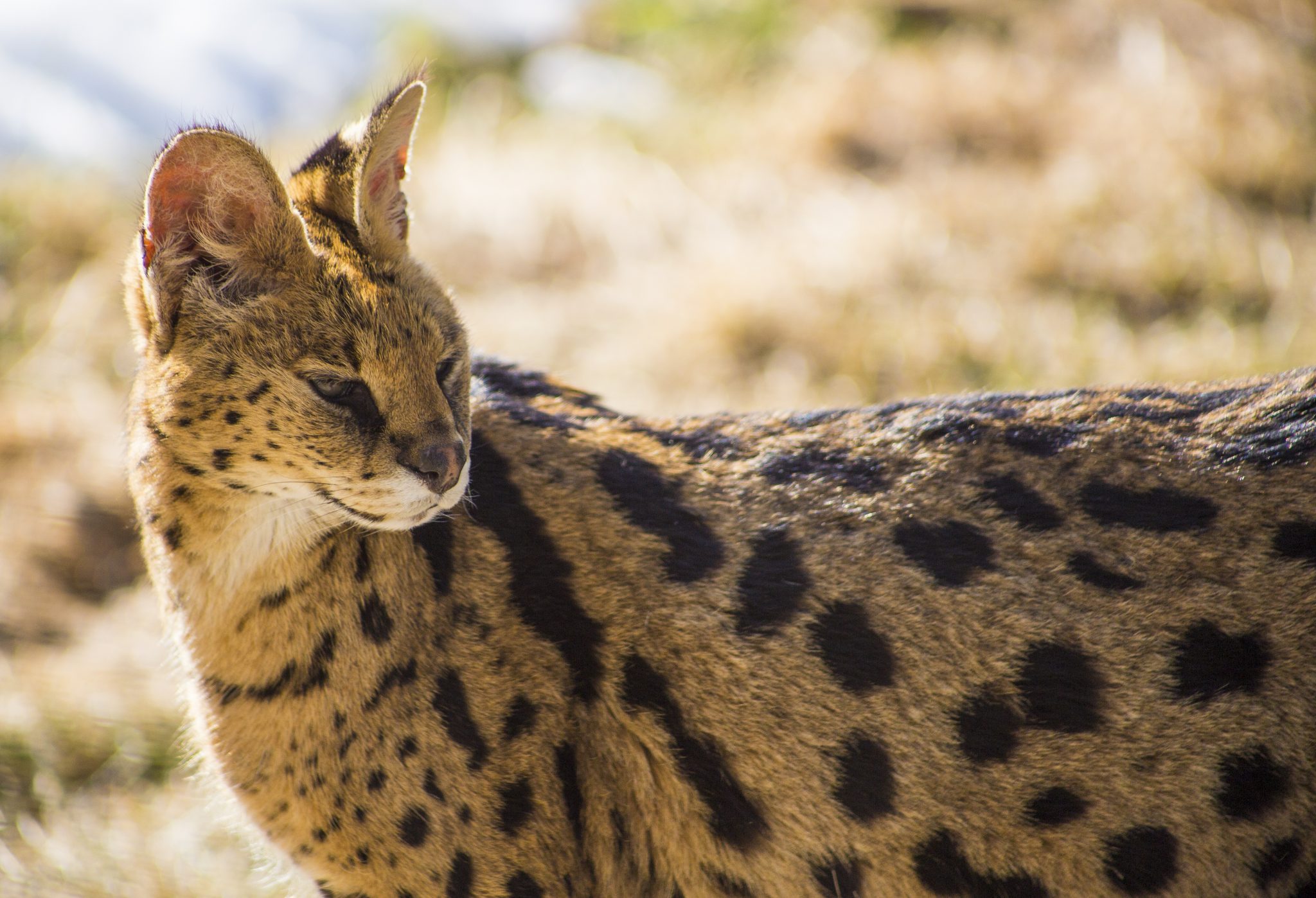 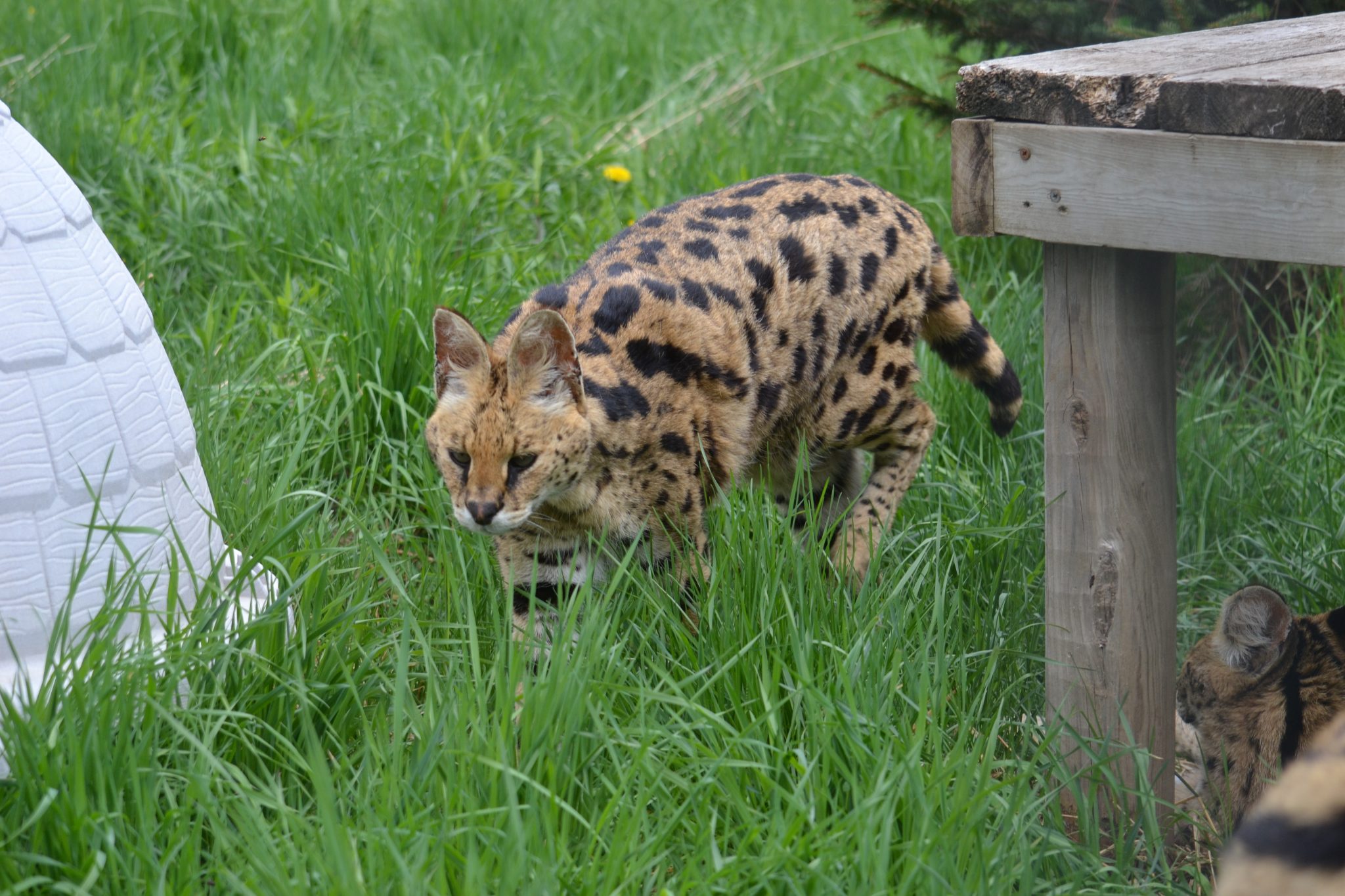 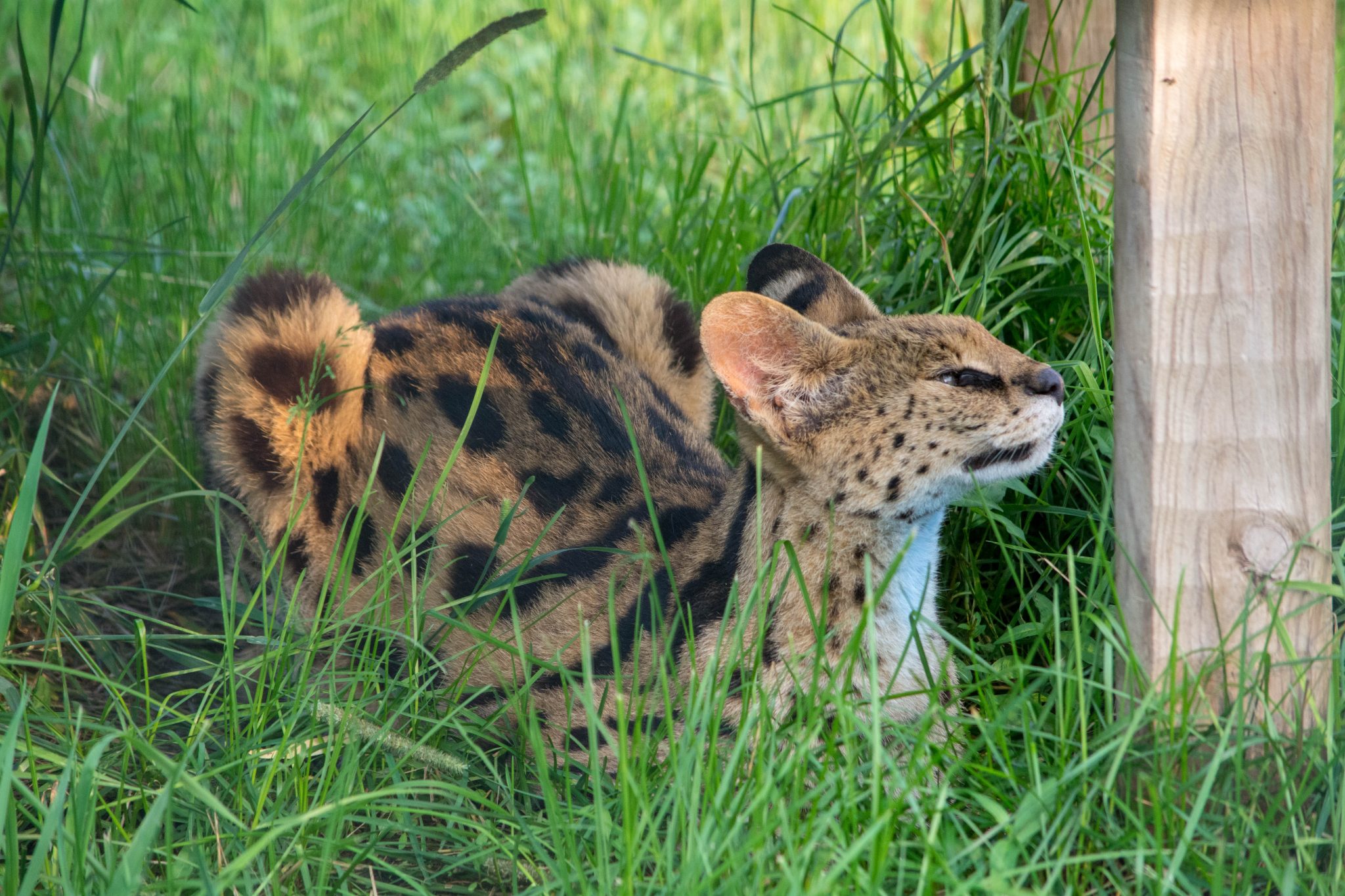 Mufasa is a male African serval who came to live at The Wildcat Sanctuary in 2000. He was just over a year old and came with his brother named Morocco.  Their story is best told by a letter we received from their previous owner:

I am the owner of two African servals. I found you in my search to find them a new home, and feel you may be able to help me. Please let me explain. I love my cats with all my heart and soul and am devastated that I cannot keep them. I am 18 and soon to leave for college…My reasoning for wanting to give them a new home is that I feel they are wild animals and need more freedom than I can give them. In fact, I feel that these beautiful creatures should never be kept in captivity at all, but now it is too late.

My Servals were given to me by my father who loves to give extravagant gifts, but did not realize that they should have acres to run. This choice is breaking my heart and I will forever dedicate time and resources to reserves and zoos, like yourself. And also in educating people that no matter how kind you can make an animal, wild animals should never be made household pets. They are so great and deserve so much, much more.

For years now, Mufasa and Morocco (nicknamed Rocky) have been able to live with other servals in a large free-roaming outdoor habitat here at the sanctuary. They 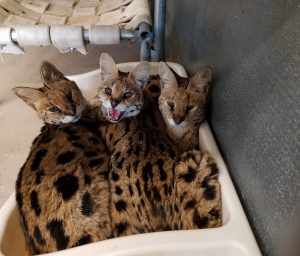 also have access to a temperature-controlled indoor building where they cuddle up with the other sanctuary servals.

Their habitat includes perches, tall shade trees, pools, and hammocks.  Both Morocco and Mufasa now live life truly wild at heart, as they both deserve.

Caring for wildcats, whether big or small, is an expensive undertaking.  A nutritious diet, quality veterinary care for life, habitat improvements and enrichment are all things you can help us provide through our sponsorship program.  It’s a wonderful way to know you’ve made a difference.

Would you consider becoming Mufasa’s sponsor parent?  It’s easy to do using the buttons you’ll find at the top of this page.

We had to say good-bye to 21-year-old serval Mufasa this week. He had elevated liver values and his seizures were getting more severe. We knew his body was becoming more and more compromised and we had to do the compassionate thing, helping him pass on.

Mufasa spent his last few days lounging in the sun is his favorite tall grassy spot.  He was in this same spot when I sedated him for his final good-bye.  He went to sleep as peacefully as we could have asked for.

Mufasa was a serval who, even though compliant with his life in captivity, always knew he was wild and wanted to ensure his human caretakers knew this as well. He viewed us as his servants and only showed affection to his own kind.

He wasn’t an aggressive cat but would drop hints of his wild nature through his quiet hisses, light growls and aloofness. That is, unless we had something he wanted.

Surrendered at just a year old, he and his brother Morocco were bought as a sweet 16 birthday present for a young lady.  That lady chose to surrender them after a year, wiring us a letter that she and her family had made a wrong decision trying to make pets out of wild animals.

She stated Mufasa never wanted to be a pet.  He held on to that mentality for 21 years.  But even preferring to live wild, he still had a content and happy life here at the Sanctuary.

His large habitat gave him the tall grass, trees and space he loved. His brother Morocco, and other servals he lived with throughout the year, gave him the kinship he preferred.  And his customized care allowed him to live into his golden years.

Mufasa was beautiful.  He had an exotic look with a beautiful pink stripe down the center of his nose.  He and his brother may have had opposite personalities, but they still had a very strong bond.

I am so glad Mufasa never had to endure the harsh pasts that many of our residents have.  But I also know he yearned for his wild life.  After 21 years, we finally could give him what he always wanted.

Mufasa, we gave you a wild at heart life. Now, you get to live forever free.