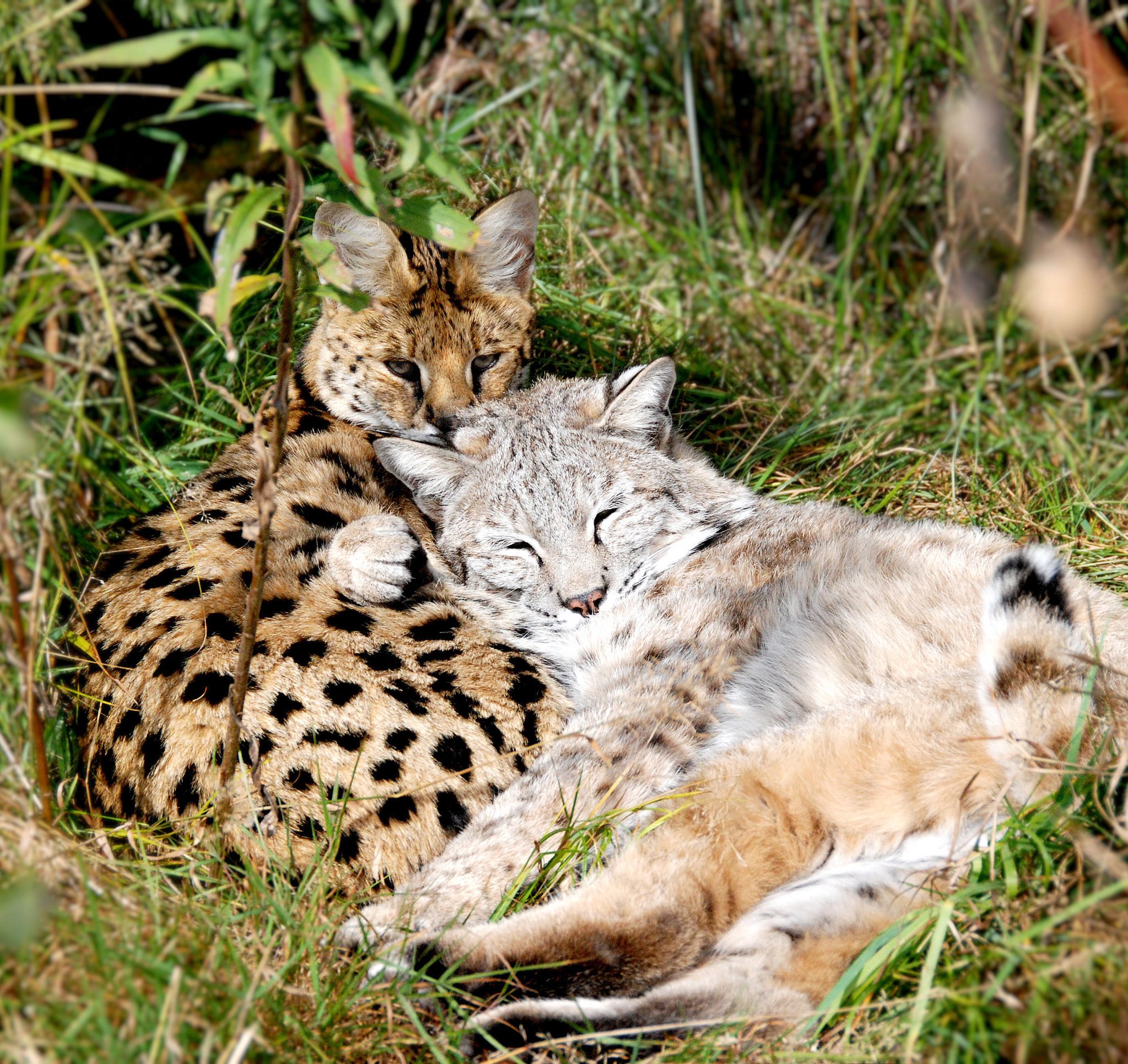 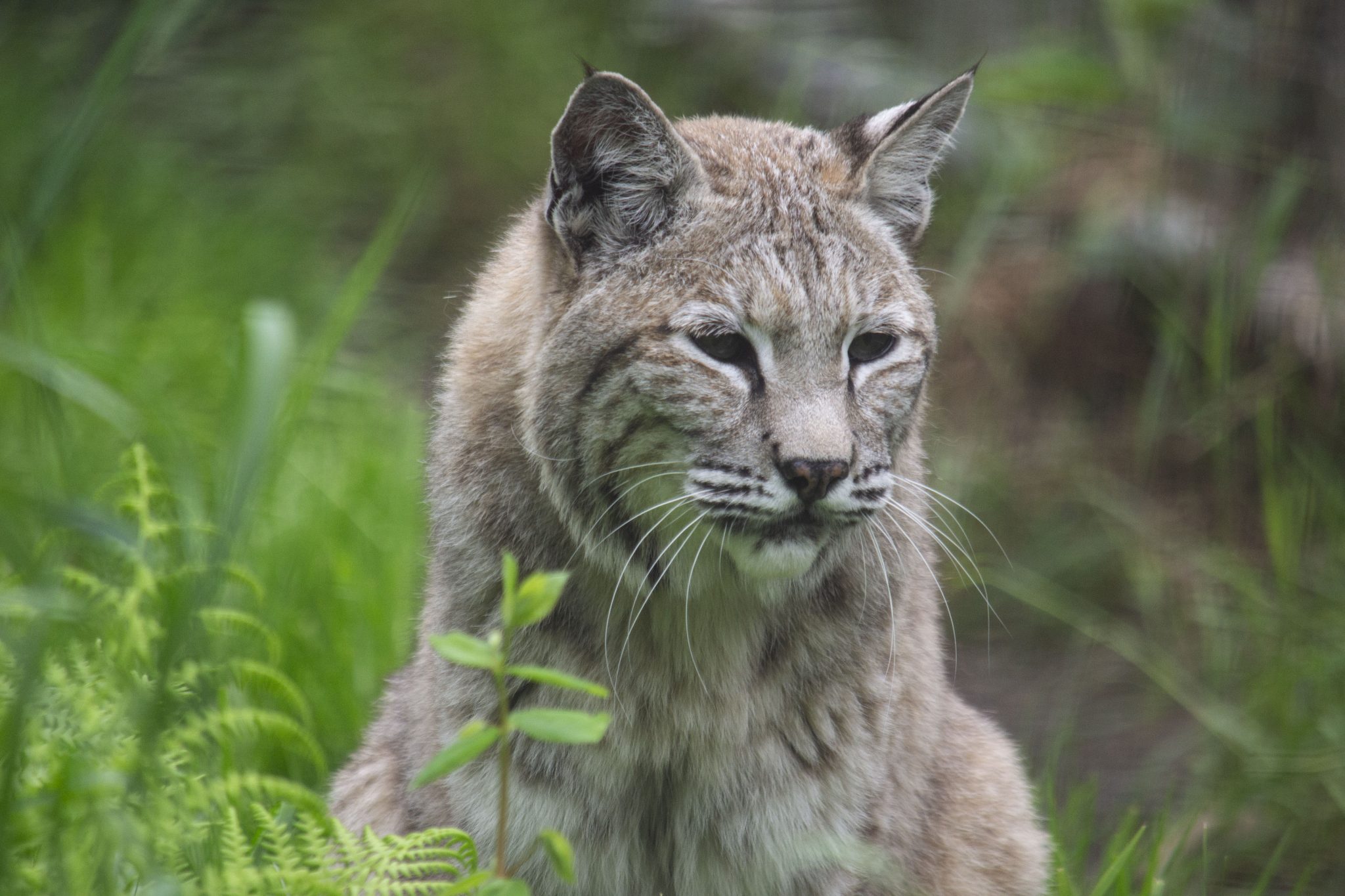 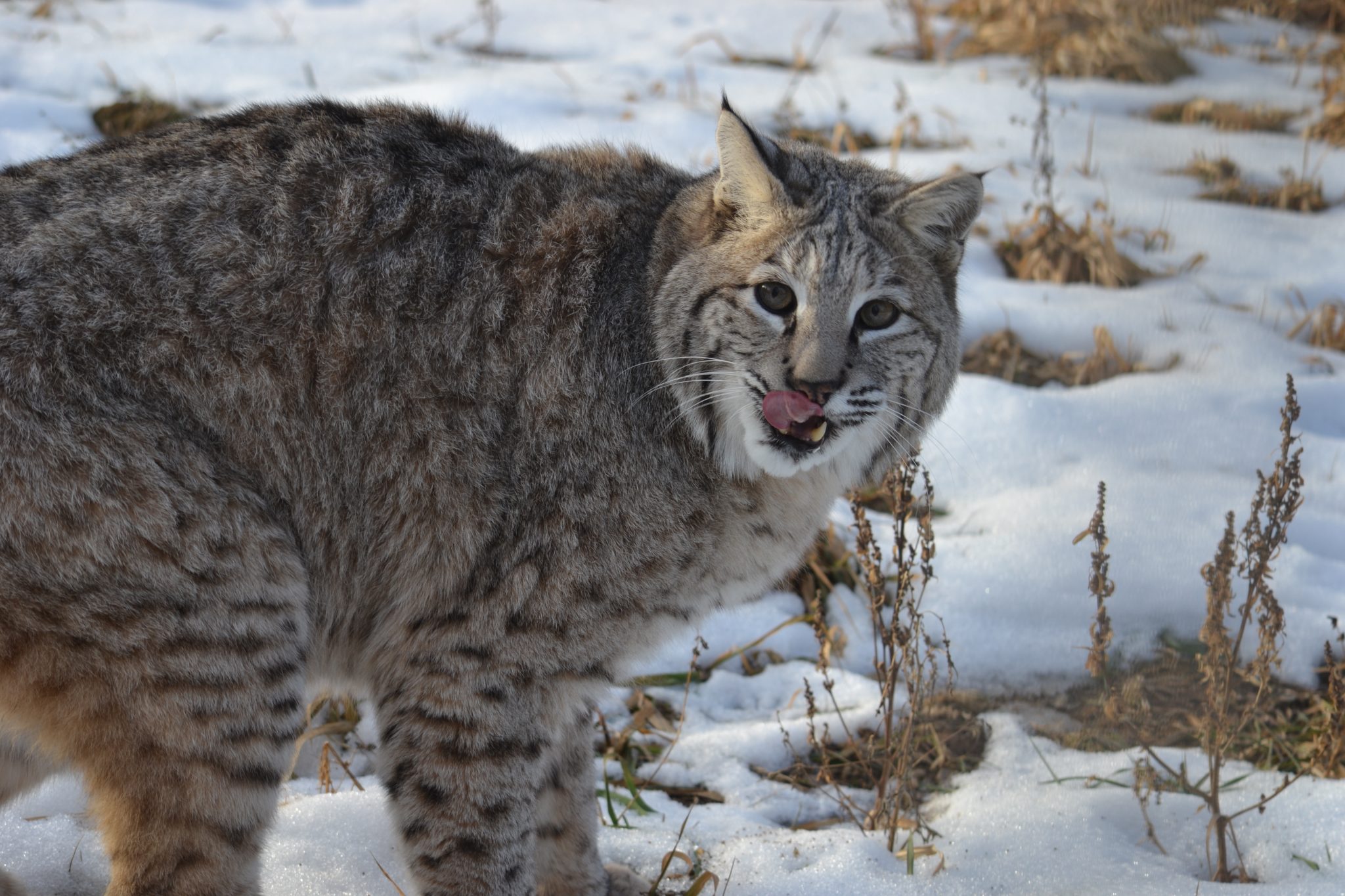 Nikko is a male bobcat who arrived at The Wildcat Sanctuary in 2004. He was just two years old at the time.  He’d been privately owned by someone in Iowa.

As we’ve heard time and time again, life circumstances changed. When the owner and her boyfriend broke-up, he threatened to turn her in for illegally owning a bobcat.  She was worried Nikko may be seized and put down.  So she surrendered him to us. 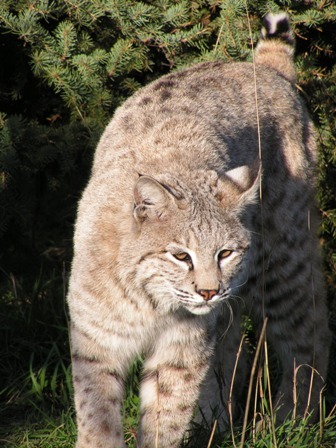 Nikko’s never gotten along with the other bobcats at the sanctuary.  But, we soon realized he seemed to like African servals instead. That’s why Nikko has lived with

a serval named Rio for many years, and thinks it’s just grand. Like most cats, his favorite toy is anything that happens to be covered in catnip.

Early in 2006, we almost lost Nikko. We noticed he was chasing his tail frantically and had body tremors. Our veterinarian did an entire physical, blood work-up and x-rays and still could not determine what was causing the neurological symptoms.

We made an appointment at the University of Minnesota and they performed a CAT scan and spinal tap on Nikko. All tests came back normal. All we could do was watch Nikko, day-to-day and ensure he had a great quality of life.

Just when we almost gave up hope, his symptoms subsided and he began to heal himself. He’s back to his normal self, with the exception of a small tail twitch. The vets now assume it was a lesion somewhere on the spinal cord from a fall, or other minor accident that must have healed itself, but we’ll never know for sure. We’re just thankful for each day he’s with us.

Rescuing young wild cats is so expensive, especially when they come with medical issues. That’s why our sponsorship program is such a huge help! Would you consider being Nikko’s sponsor parent?

Or even a one time donation towards his care would help so much. It’s easy to do using the buttons you see at the top of this page.