Residents In Memory O’Malley – In Memory 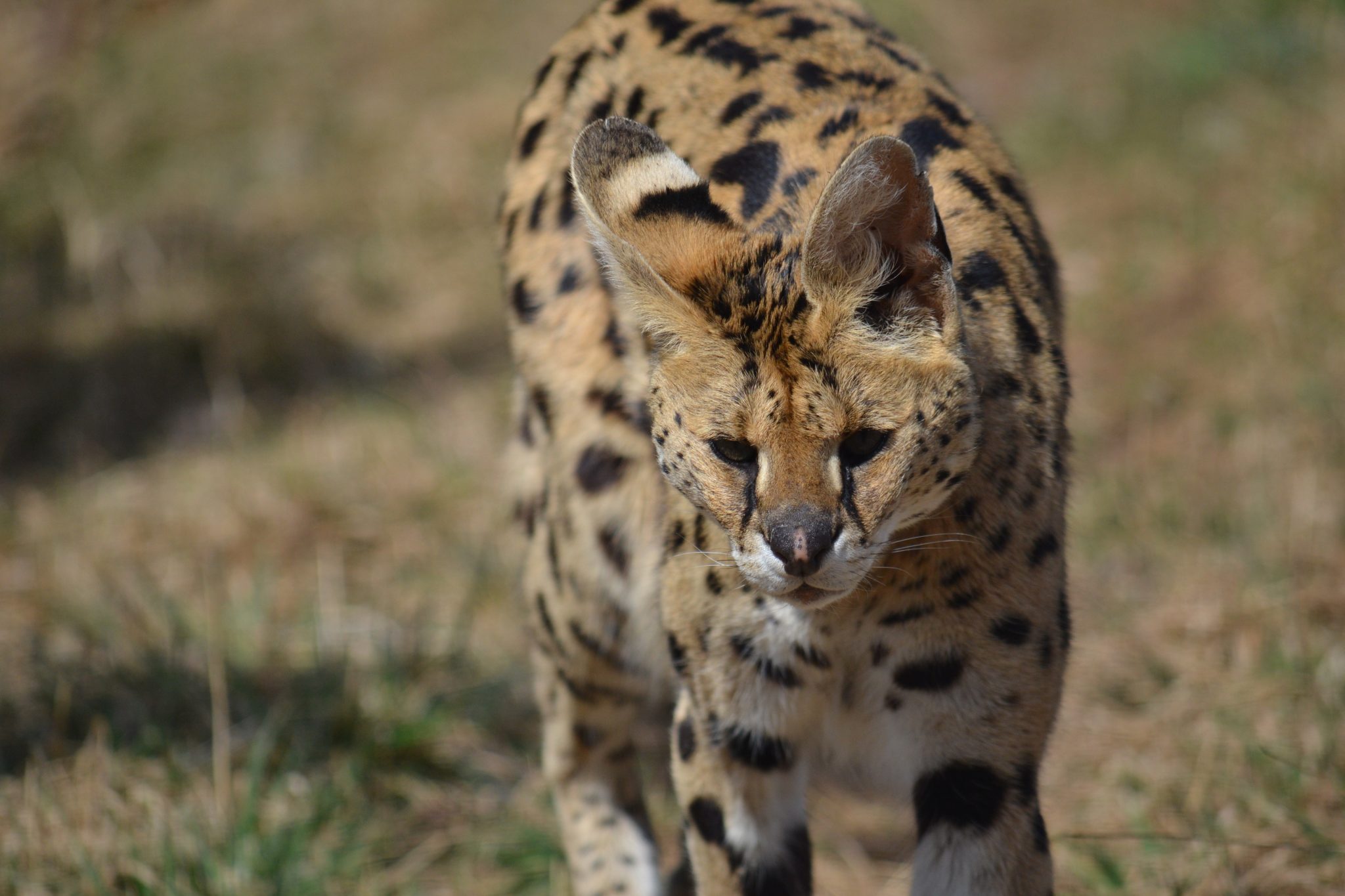 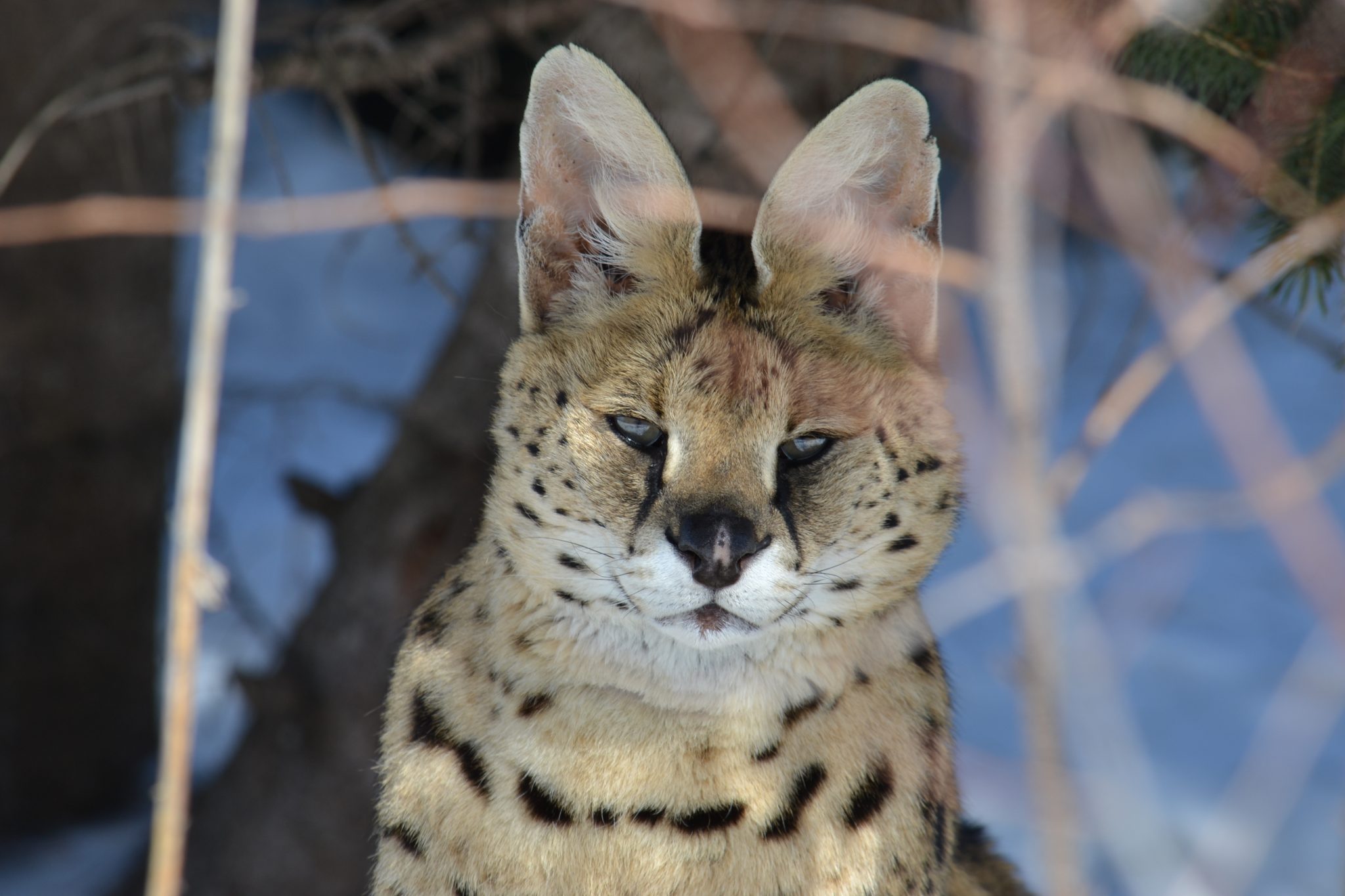 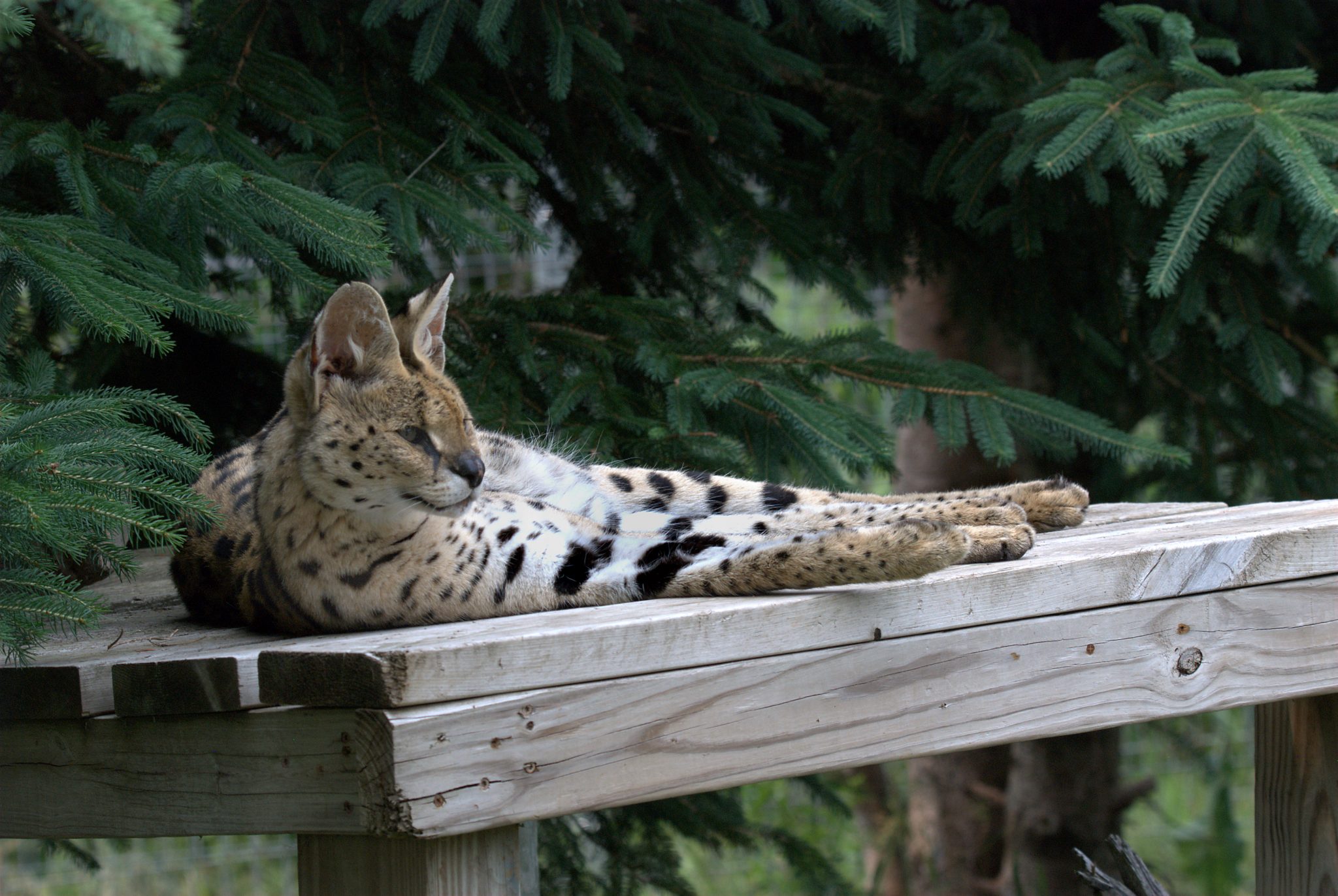 O’Malley is a male African serval who came to The Wildcat Sanctuary in 2002. He was just a year old at the time.

Like most, he was deemed a “failed pet.” That’s something we hear far too often with wild exotic cats.  A family in Minnetonka actually bought him from a roadside zoo with the intention of keeping him as a pet.

Though servals might be smaller cats, they’re still very wild cats.  In Africa, they’re one of the most successful hunters of all the cat species.  This is definitely not a cat to be kept as a pet, as the family soon found out.

O’Malley didn’t have the habits of a domestic cat.  Specifically, he did not use a litter box and began urinating throughout the house.  The smell of domestic cat urine is one thing, but that of wild cats is something even more pungent indeed!

O’Malley also started showing aggression to one of the owners. The family contacted The Wildcat Sanctuary and chose to surrender him for lifelong care to us. 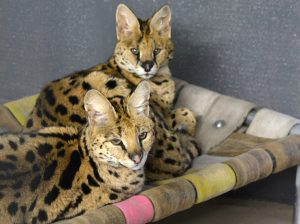 O’Malley has lived many years with another male serval named Denali. Both are very large males that like to compete at feeding time. But after feeding time, they curl up on their own perches and take long afternoon naps.

We’re so happy we were able to merge these two so they could enjoy companionship of their own kind for life.

When we agree to rescue a cat, either through seizure or surrender, we incur the lifelong expenses for the care of the cat.  It’s sad, but few owners ever contribute after they’ve given up their cats.

This is why our sponsorship program is so important.  Would you consider being O’Malley’s sponsor parent? Or even a one time donation toward his care would be so helpful.

It’s easy to do using the buttons you’ll find at the top of this page.  Thank you for your compassionate support!

The turmoil we feel having to make a decision for a cat who is strong in mind but weak in body, can be the most difficult thing we do. That decision lies solely in our hands. Whereas in an emergency, the right decision is forced upon us. At least we find comfort in knowing we made a decision before such a tragic ending could occur.

At 20 years old, spondylosis and hip dysplasia made mobility too difficult. He lived his life dignified and that’s how he deserved to leave. Sometimes the hardest decisions are the most humane.

Almost 19 years ago, O’Malley arrived at the Sanctuary. It was after a year of me talking to his owner about the problems they were having.

O’Malley was 4-paw declawed and wasn’t using a litter box consistently. He was putting toys down the toilet and eating objects that caused emergency surgery for him.

After a family member was bitten, they finally asked us to take O’Malley in.

O’Malley was a very large and bold serval who knew what he wanted. So it took a very special serval, just like him, before he would accept a roommate. That was Denali.

They lived most of their time at the sanctuary together, challenging each other at feeding time, then curling up together for naps or sunning themself on their favorite perch.

In the early years, O’Malley chose his humans. He would intimidate some caretakers, while being very social to others.  Luckily, he chose me as one he liked. That’s only because O’Malley and I spent a long time together when he first arrived.

One day, I was carrying him in his crate from one indoor room to another. As I lowered the crate, my back gave out. I fell to the floor, my face directly in front of O’Malley’s in the crate. O’Malley didn’t like the surprise and let out a big hiss, reinforcing this was his space.

Sadly, I could not comply. I was stuck on the floor for a few hours before I could crawl to the phone and call for assistance. His confidence was evident with his stern look of displeasure until he finally gave in and began chirping and purring.

Recently, I had the same opportunity to spend some quality time with O’Malley and his roommate Denali. They had both been living in our quarantine area so we could keep a better eye on them.

Since my office was set up to transition tiger cub Dash to his new space in quarantine, I got the added bonus of enjoying time with O’Malley and Denali who were right next door.

O’Malley was still dominant and determined, especially at feeding time. But it was getting more difficult for him to get in and out of his favorite sleeping boxes.

We made him a high table for eating so he wouldn’t have to bend down, rugs to help with traction, and plenty of treats to keep him happy and to ensure he would take his meds.

At his age now, he was much more accepting of all humans and even neighboring tiger cub Dash. But he always remained the confident cat he was. Even his last days. He prescribed to “mind over matter” thinking and really wanted his body to work. If he could have willed it, it would have happened.

That’s why it was so important to make the decision when he could still be true to himself, even though it was devastating to us.

O’Malley, your strong presence will always remain. Please share your confidence with others that need it along your new journey. You are forever loved!