Residents In Memory Phoenix – In Memory 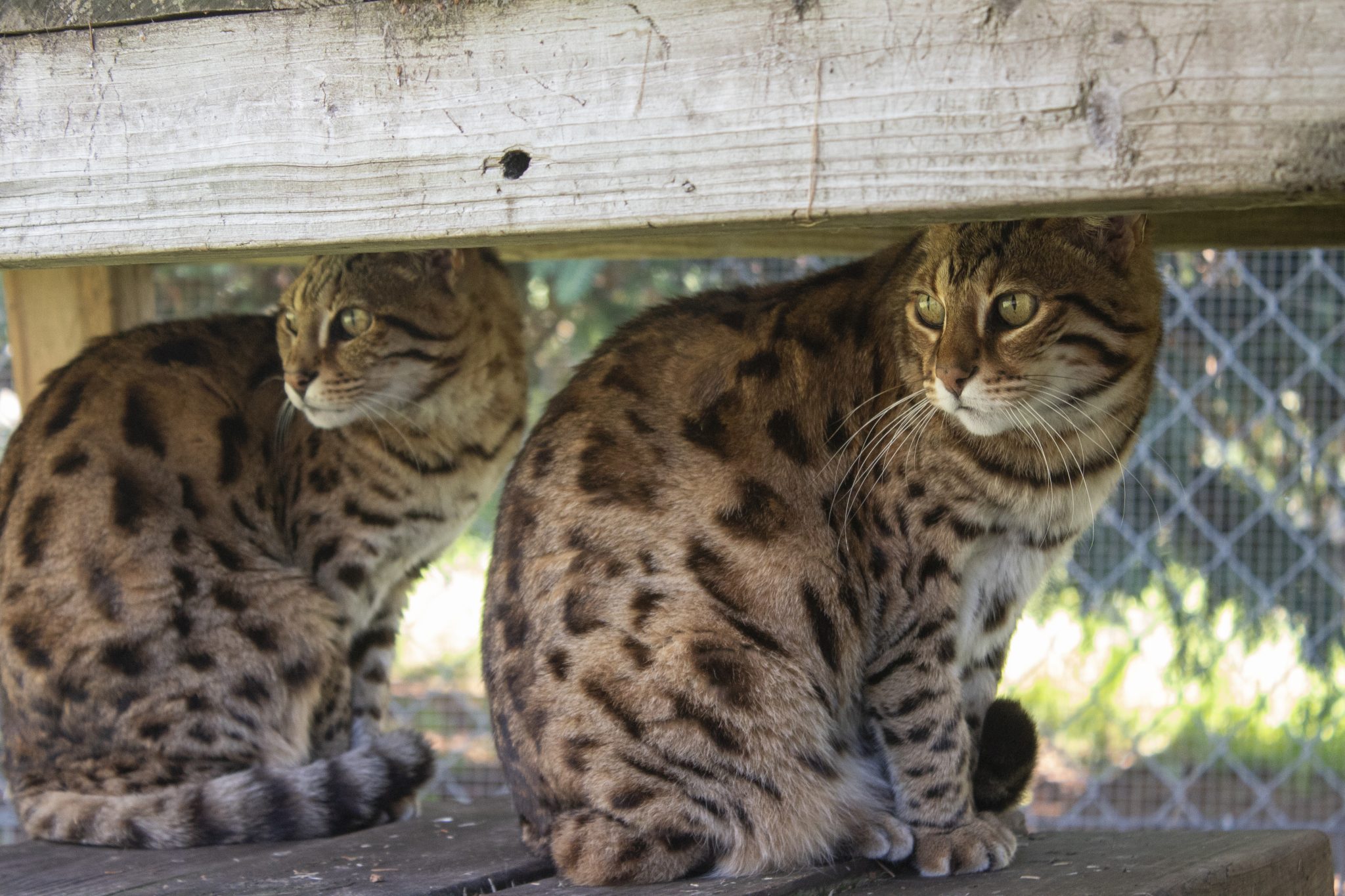 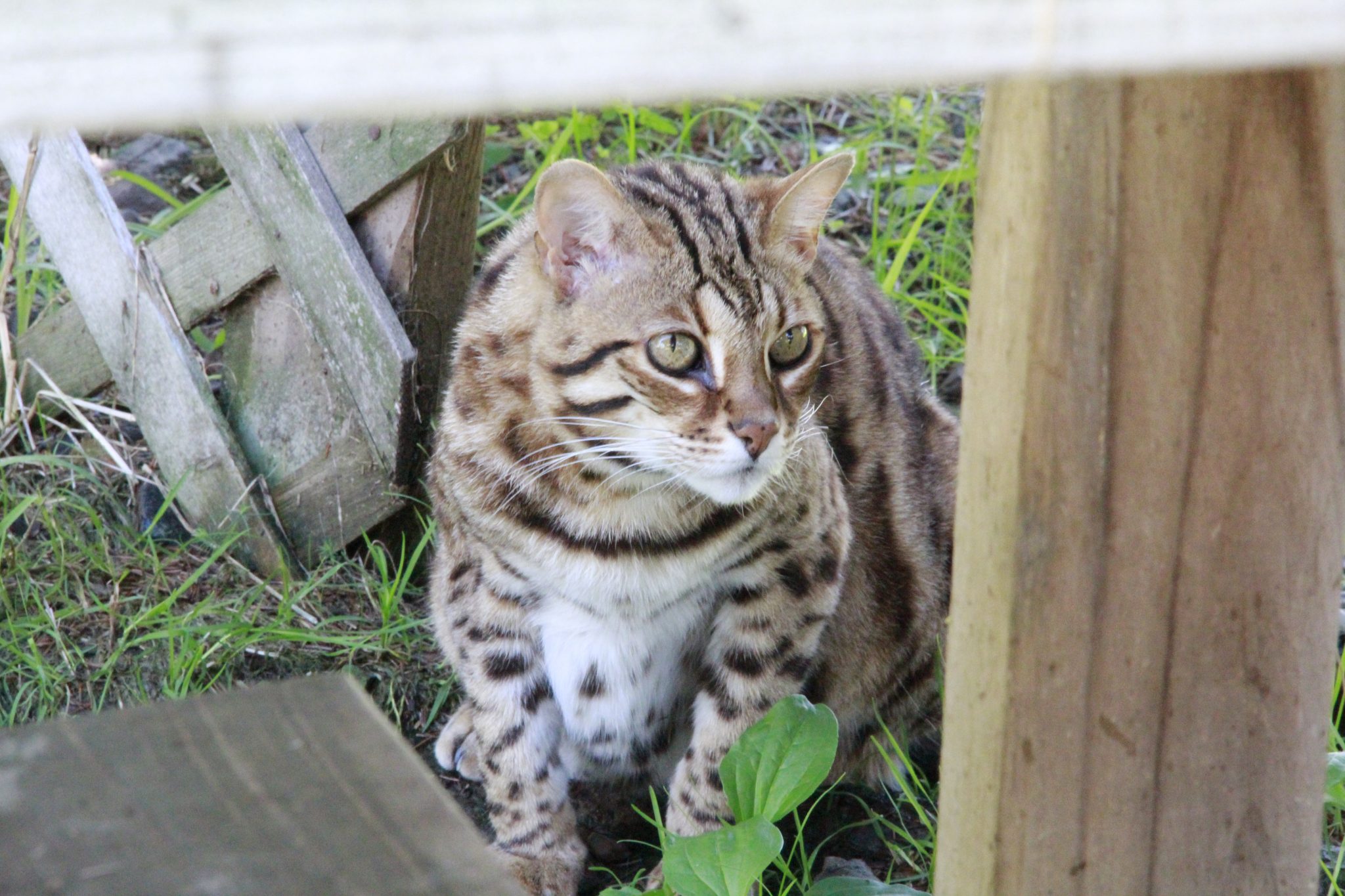 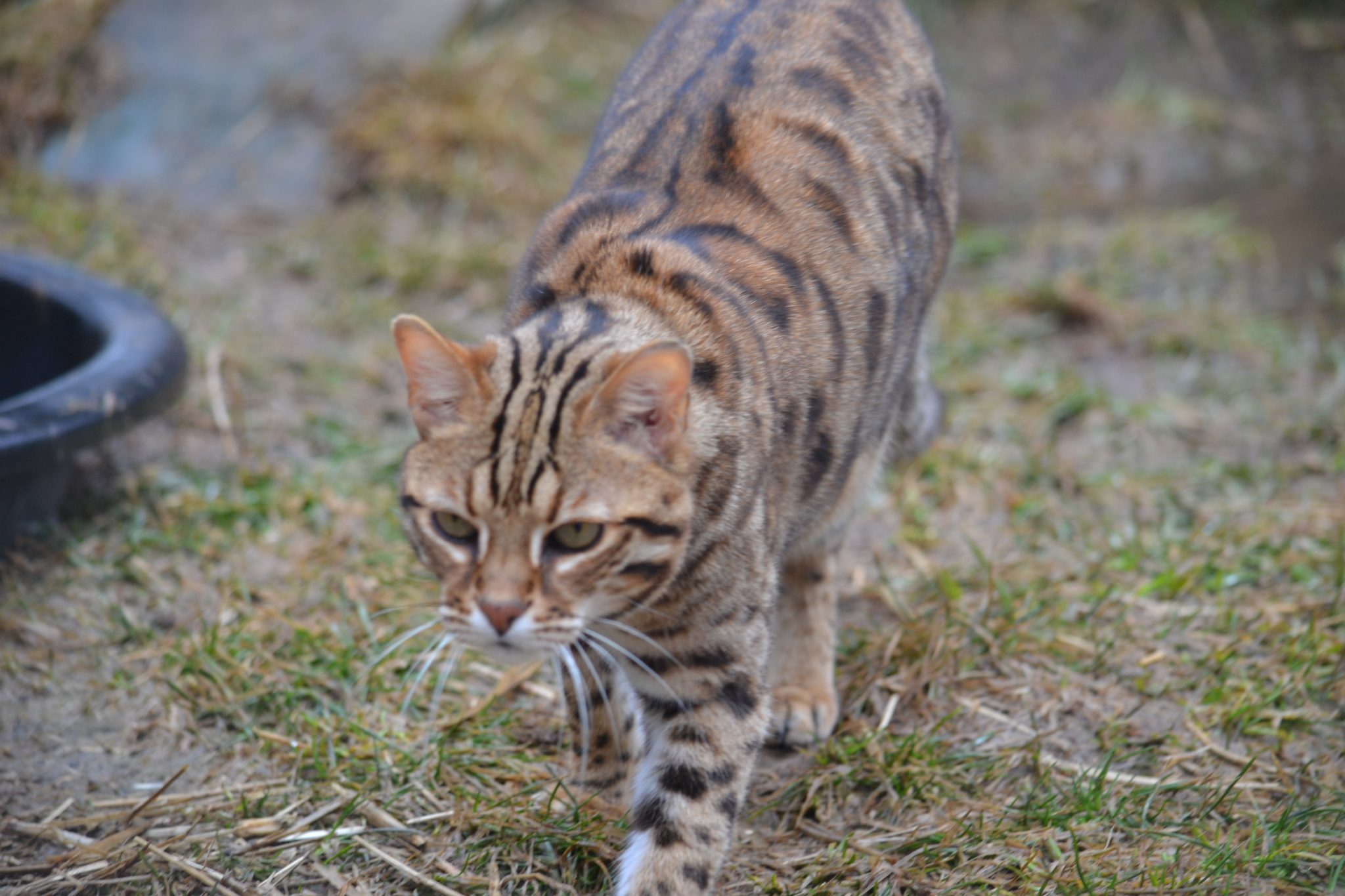 Phoenix is a first generation (F1) Bengal cat who arrived at the sanctuary in 2004.  He was a year and a half old at the time.

An F1 Bengal is a hybrid, meaning one of the parents was an Asian Leopard Cat and the other was a Bengal domestic Domestic Cat.  Learn more about hybrids and why we do NOT support breeding them.

Phoenix and his brother Bronx were imported from Malaysia to New York.  Within the first year, authorities seized the pair.  The owner said he’d imported them to breed and make money selling small exotic cats.  Little did he know, he’d been sent two male cats. The authorities contacted our sanctuary to take in the two brothers, which we did.

Both cats are absolutely gorgeous, but very unsocialized to humans. They lived together for many years with other hybrids and domestic Bengals and they all got along wonderfully. They choose not to want human contact, but will accept our presence as long as we have a feather toy in hand.

Bronx passed away in 2019. But Phoenix was comforted by his longtime bungalow buddies Ty, Ledger, and a new arrival named Gabby. They’re all living wild at heart, which is what makes life the best for them.

Caring for a wild cat for life – even a small hybrid like Phoenix – can be quite expensive. Hybrids usually come to us with special needs, genetic and/or medical issues due to their breeding.

Our sponsorship program helps support the cats’ care costs and allows you to form a special bond with them. Would you consider becoming Phoenix’s sponsor parent?

At 18, sadly it was time to say good-bye to our F1 Bengal Phoenix after he was diagnosed with advanced renal failure.

Phoenix was a quiet and calm cat. But caretakers knew something was wrong when he retreated to a heated den box and didn’t want to eat his full meal.

He’s now reunited with his brother Bronx, who left us a few short years ago.

Arriving at TWS almost two decades ago, Phoenix and Bronx had many years showered with 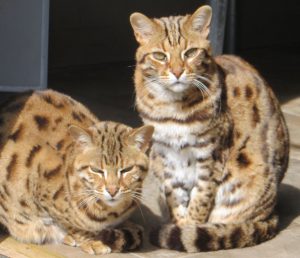 treats, toys, heated and comfy areas to sleep. They had plenty of outdoor space to stretch their wild side, too.  But life could’ve ended very differently for them.

They were imported from Malaysia to New York to be used for breeding Bengals. What a shock when the buyer found out they were both males! They were seized by authorities and were supposed to come to TWS at that time.

Instead, authorities knew a veterinarian in Arizona who wanted to try to socialize them. So they were flown there.  After several months, we were contacted again, asking if we could still accommodate them. They weren’t using a litter box and they wanted no human contact at all.

We, of course, said yes and welcomed them to their forever home here at the sanctuary. Because of their travels to New York and Arizona, we named them Bronx and Phoenix.

Both brothers remained very feral for several years.  Phoenix was the more outgoing of the two, but also very shy most of the time.

His favorite time to emerge for a special appearance was on morning rounds, right before feeding time, or just after dusk when the sanctuary was quiet.

Phoenix was a protector of his brother Bronx before he passed.  After Bronx’s passing, Savannah cat Ledger tried to become Phoenix’s friend. Phoenix tolerated him in his space, but never reciprocated a bond like he had with his brother.

Our hearts hurt as we say good-bye to Phoenix. We loved him for who he was, but are happy knowing he’s reunited with the one he loved the most, his brother Bronx.