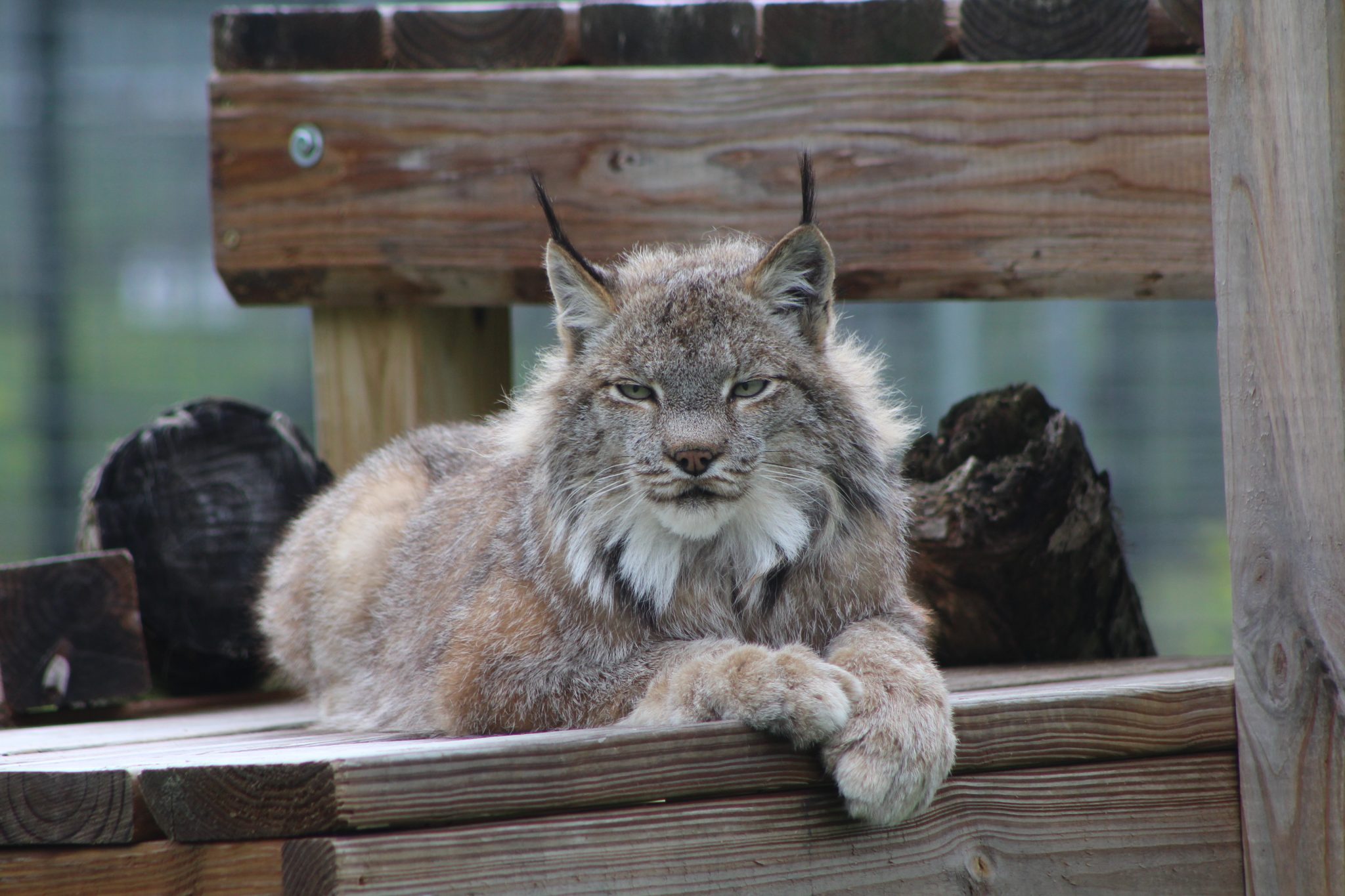 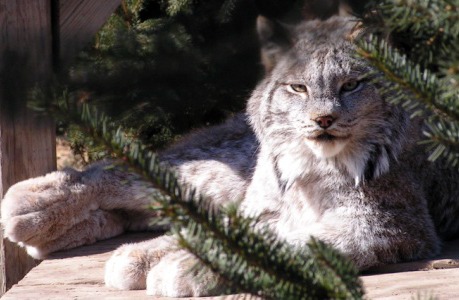 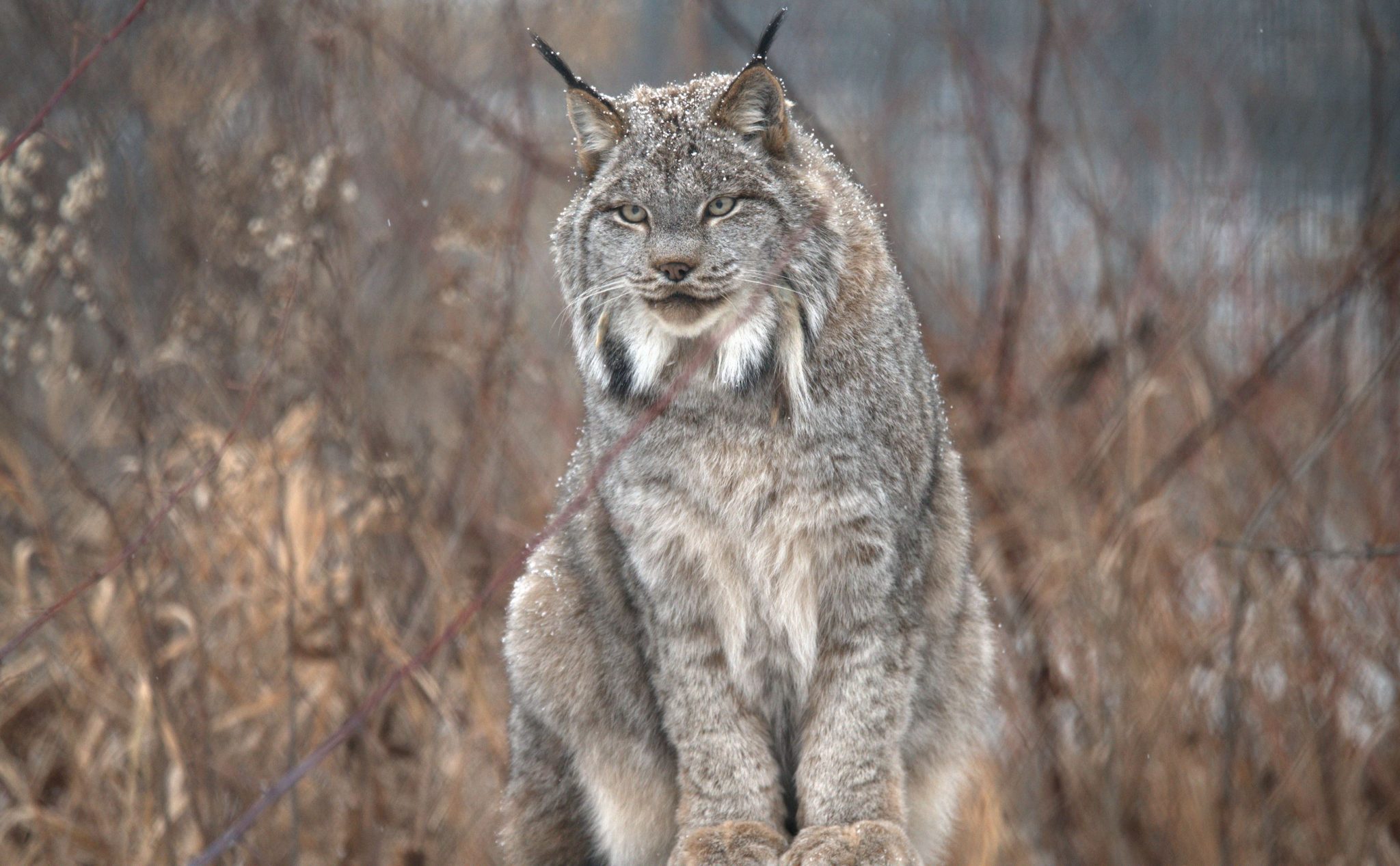 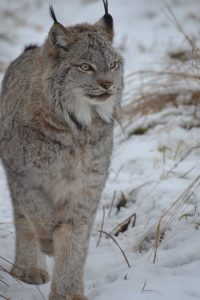 Ramsey, a male Canada Lynx, finally came to The Wildcat Sanctuary in 2007 when he was three years old. We’d received several calls from a man who was upset that his lynx was ruining his furniture and condo.

He admitted he bought him off the internet and thought he’d make a great pet, but soon discovered that wild cats can be very destructive. He wanted us to come up with a solution for Ramsey’s aggression towards visitors and constant urination.

We offered to take him in several times, if the owner would provide and/or pay for transportation. But the owner knew he had him illegally and believed he may get prosecuted at the airport. He said he was going to falsify the airline bill to say Ramsey was a domestic cat.

Eventually, he took the risk and sent Ramsey to our sanctuary.  The owner also agreed to donate to Ramsey’s care. But as so often happens, The Wildcat Sanctuary has never received a donation towards Ramsey’s care from him.

A concerned family member made a small donation to help care for Ramsey, which was very nice and very much appreciated.  However, the owner still has not.

Ramsey’s owner also set up a YouTube page where you can view a video of a person taunting Ramsey in his home.  The page has had so many hits, it makes a profit.  We referred to this video in our own video about the truth about wild animals kept as pets.

Ramsey’s owner had it pulled claiming copyright infringement, even though he claims he never filmed the video. He now has a company called Ramsey, Inc. 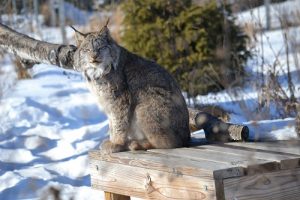 The good news is Ramsey’s been living a wonderful life since the day he arrived at The Wildcat Sanctuary. He has the freedom to be a lynx now, living wild at heart.

He loves the simple things – sitting on his platforms, watching his nearby bobcat and lynx neighbors, and huffing at his caretakers if they take too long to feed him. He knows when dinner is, and they better not be late!

We’re so thankful we were finally able to make a home for Ramsey, where he never has to worry again about being taunted or forced to be something he’s not.

Caring for a wild cat for life – even a medium sized wild cat like Ramsey – can be very expensive. Our sponsorship program helps support the cats and allows you to form a special bond with them. Would you consider being Ramsey’s sponsor parent?