Residents In Memory Safari – In Memory 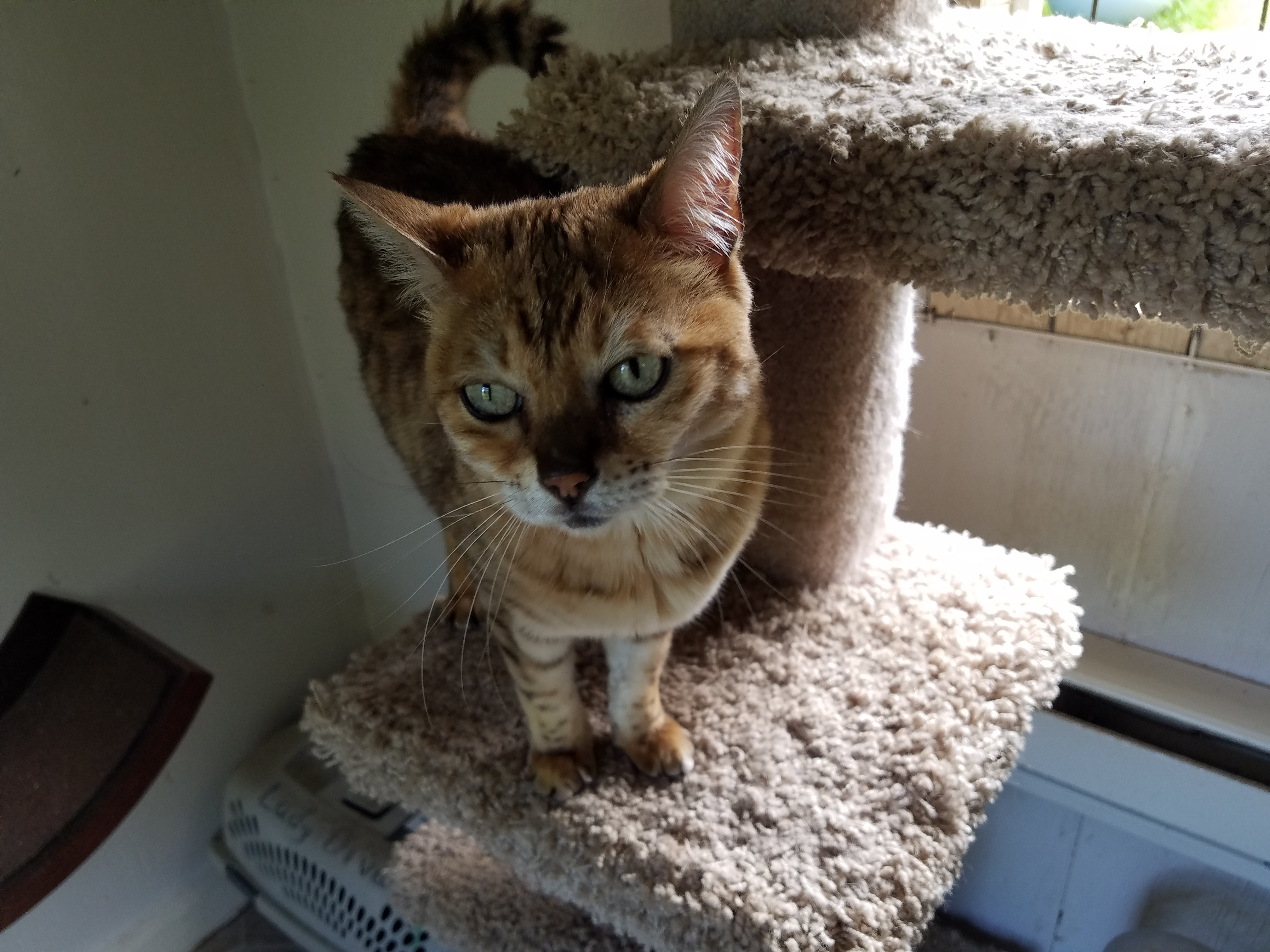 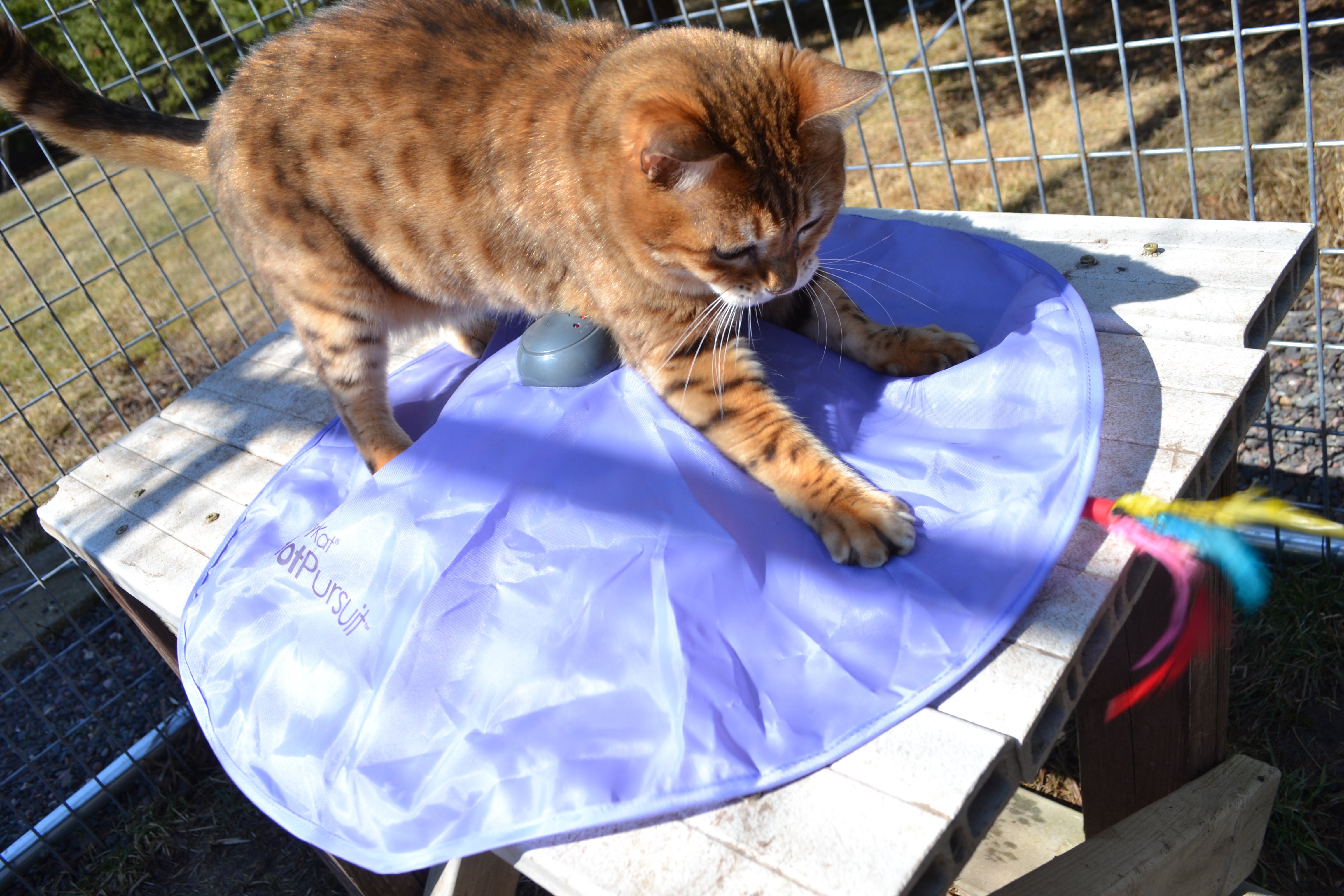 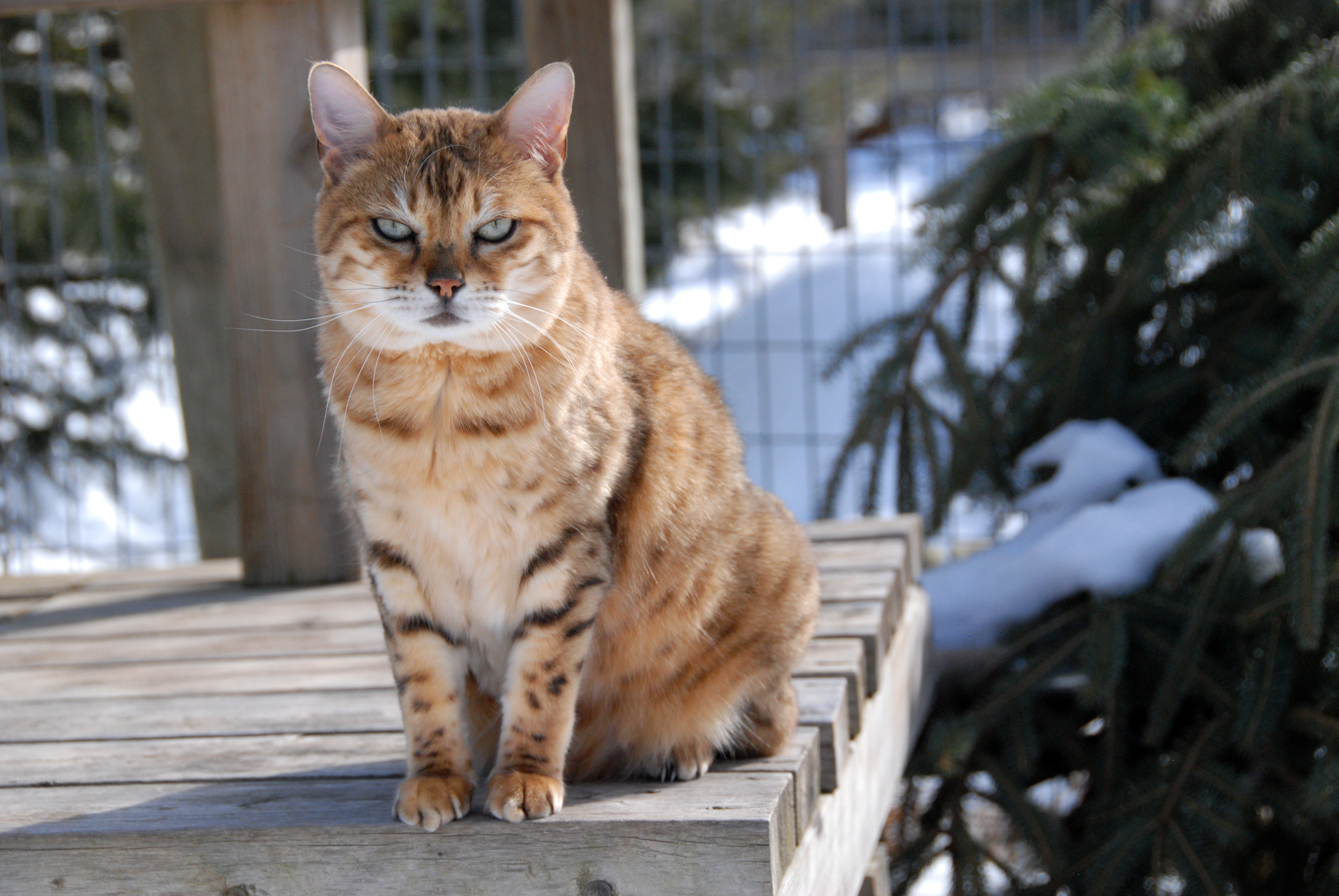 Safari is a domestic Bengal who was turned into a rescue group for not using the litter box consistently. Because of this, Safari was not put up for adoption and TWS was asked to take her in. She was born in 2005 and came to the sanctuary in 2008.

Safari is very loving, social and vocal.  They have a grand time chasing each other around, play fighting.  They live in a bungalow with an indoor and outdoor area equipped with perches, dens, hammocks, and logs. 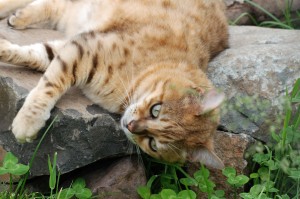 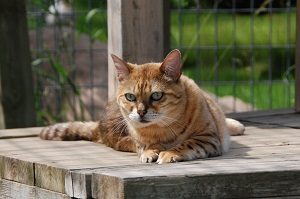 Saying good-bye to little Safari who had such a sparkling personality wasn’t easy, especially since it happened so suddenly.

Safari began to lose weight and became dehydrated.  Several vet visits and supportive care weren’t making progress and just a short week later, Safari was diagnosed with abdominal cancer and a fast-growing mass.  At 12 years old, it felt too early to say good-bye, but we knew it was the right decision.

Safari always had a pep in her step and was the first to greet caretakers at the gate. She was never quiet about her excitement to see her human friends.  She would trot up to the door, then find the first log she could scratch and show off, while she waited for you to pet her. And if by chance you walked past her to say hi to another cat, she was sure to skip on over and butt right in for her pets. 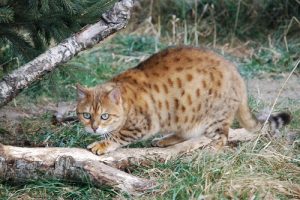 I can’t remember a time that Safari wasn’t a happy girl.  She was also quite social to her feline roommates, and took shy Savannah Diego under her wing. Under her friendship, he came out of his shell and now enjoys human contact.

Her only vice was not using a litter box, which is why she came to the sanctuary in the first place. 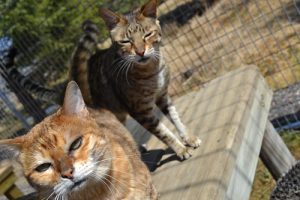 So when Safari started being quieter in her final days, we knew she was communicating in her own way.  She still wanted to be loved on and on good days, she rallied and called out to her human friends, but her voice was different.

It was now time for her voice to join the angels.  A voice we will miss every day.

We love you Safari!