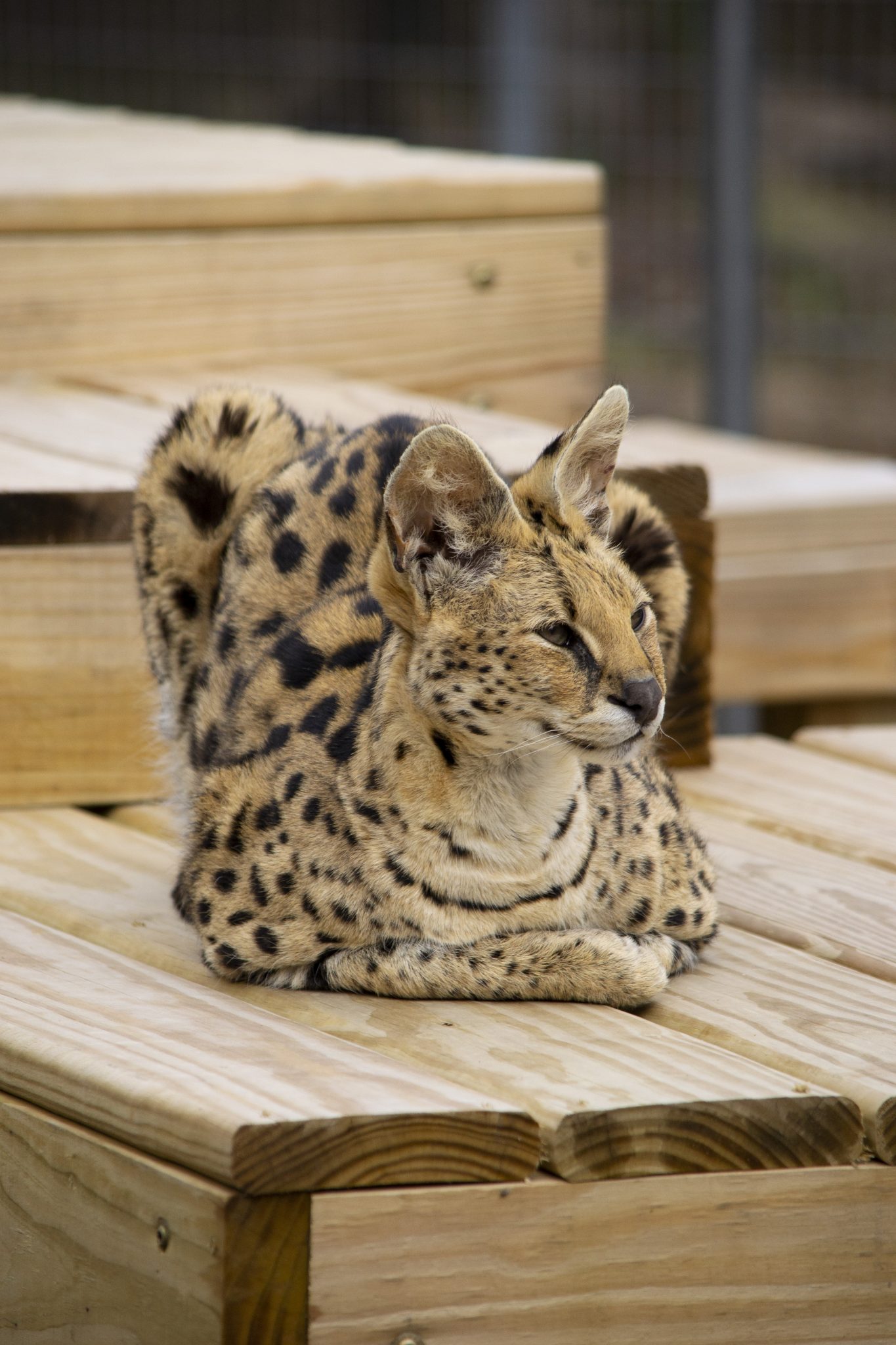 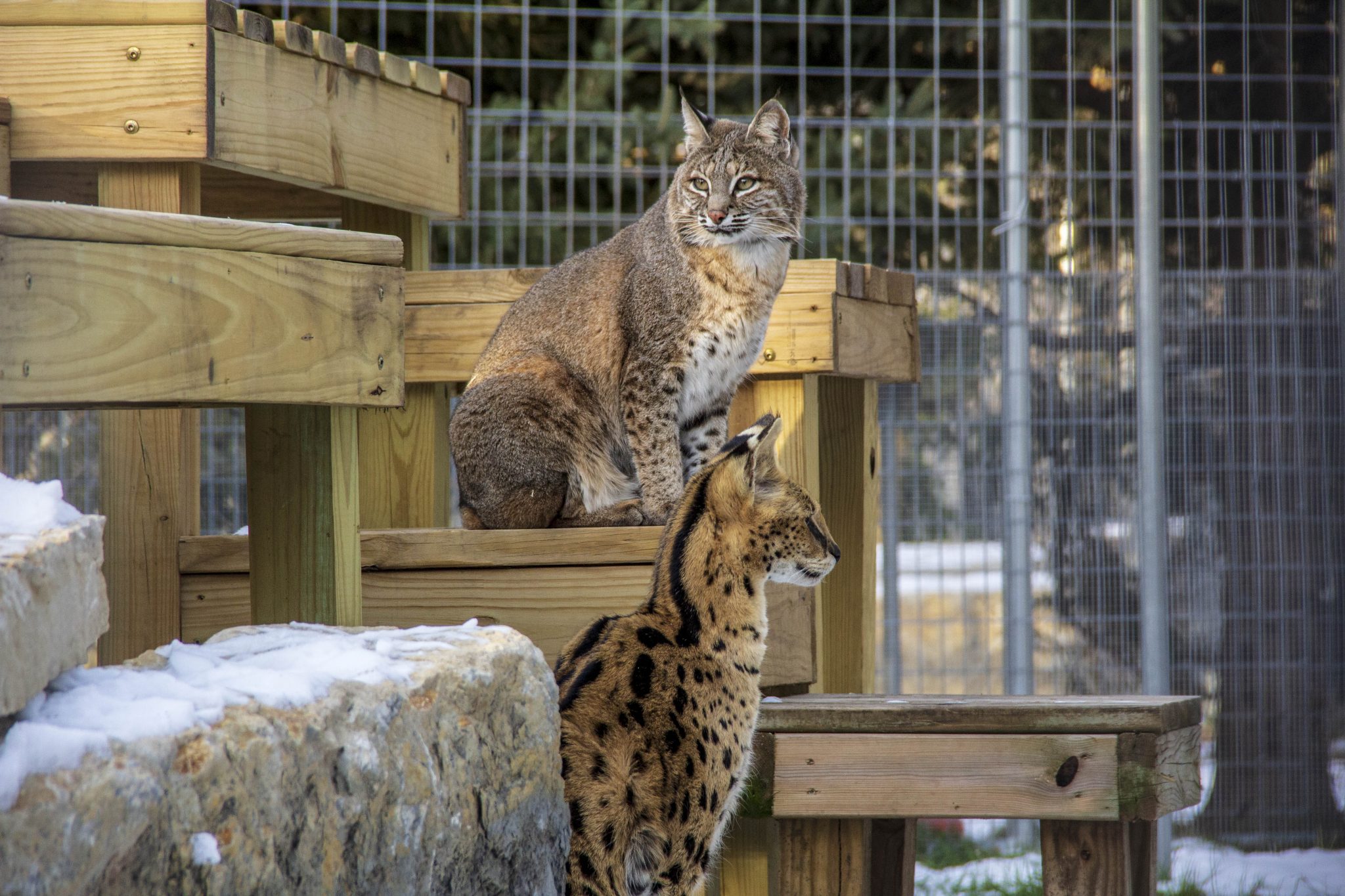 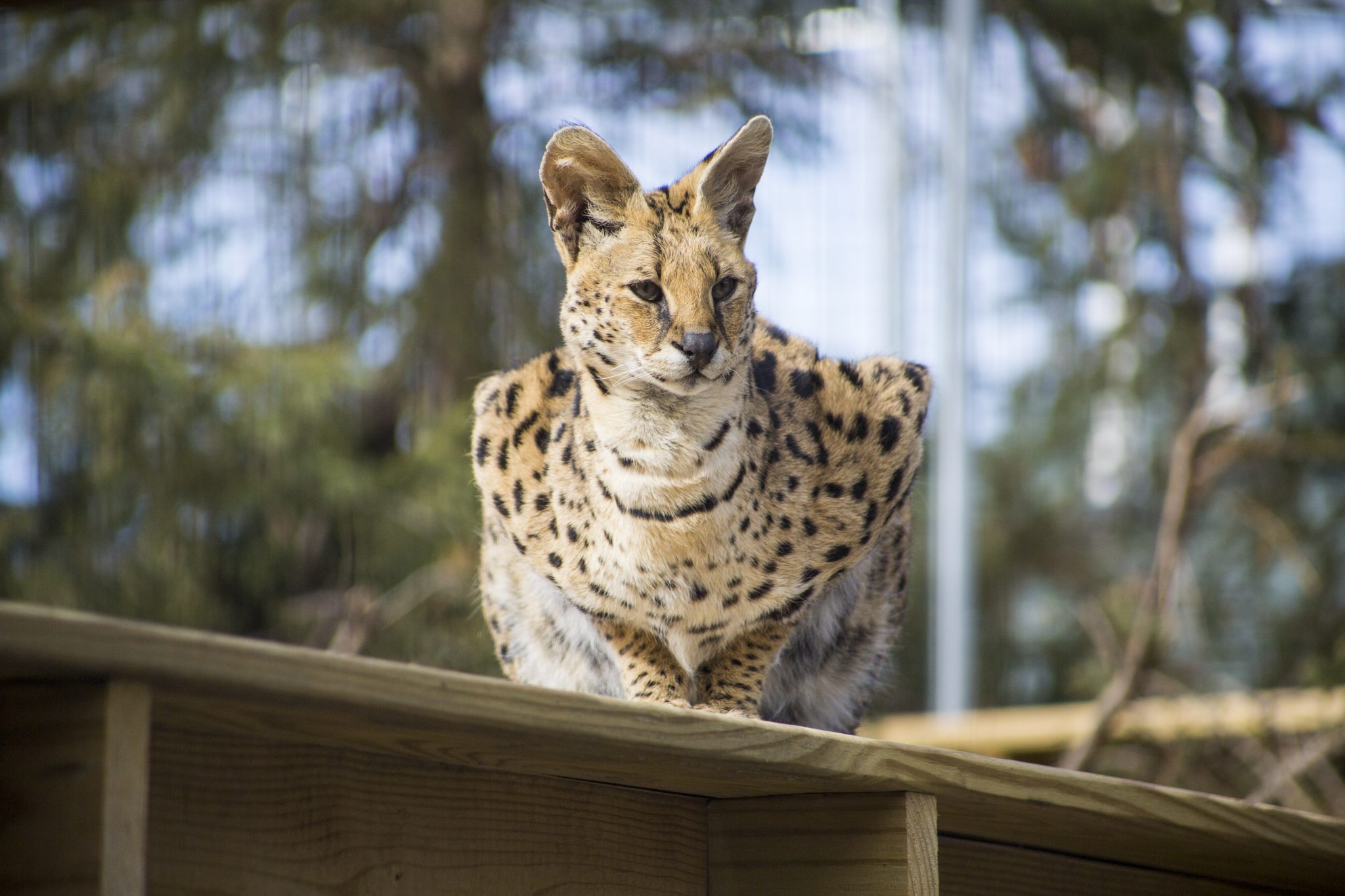 Sebastian, a male African serval, arrived at The Wildcat Sanctuary in 2006. He was two years old at the time.

Sebastian had been found roaming the suburban streets of Michigan. Once authorities found him, they placed him with the Washington Park Zoo hoping he’d enjoy living out his life there.

Unfortunately, Sebastian didn’t enjoy other servals or being watched by zoo visitors. Instead, he was looking for a quiet home with no public access.

Luckily, The Wildcat Sanctuary would be perfect for him since the sanctuary is not open to the public. Sebastian arrived spitting and hissing, and hasn’t stopped since.

He’s not an unhappy cat, he just wants everything his way and it can never happen fast enough. And after many years, Sebastian’s realized that the company of other cats may not be so bad after all.

He still doesn’t want company from other servals, though. Instead, he seems to have taken a fancy to bobcats, especially little Luna!

Ever since he became friends with Luna, he’s learned to enjoy the simple things in life such as cuddling in his hammock, sun bathing, and rolling in musky smells. Of course, he still demands the highest service from his caretakers, but now he demands it for himself and Luna.

Caring for a wild cat for life – even a medium sized wild cat like Sebastian – can be very expensive. Our sponsorship program helps support the cats and allows you to form a special bond with them. Would you consider being Sebastian’s sponsor parent?