Residents In Memory Shalico – In Memory 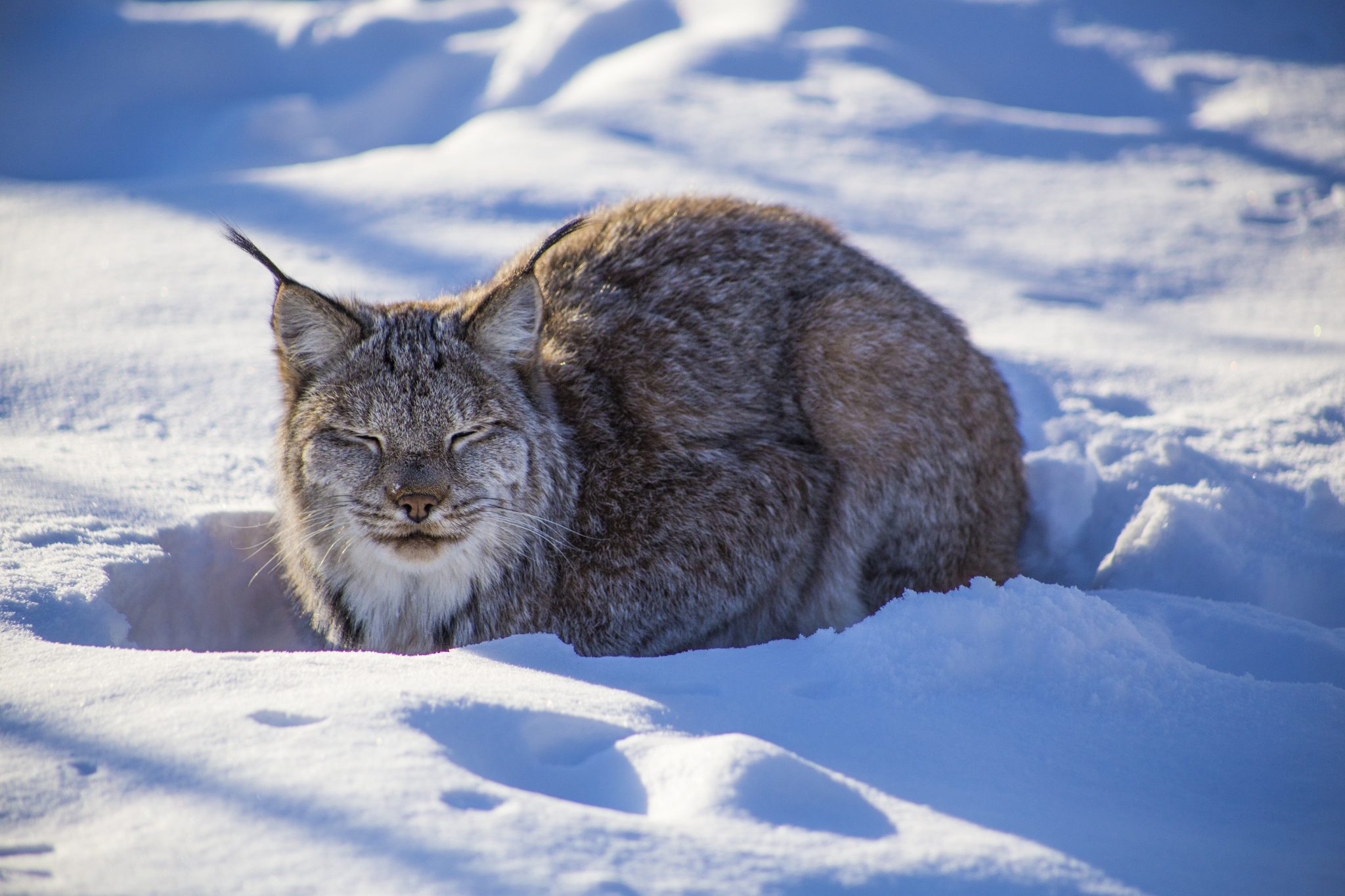 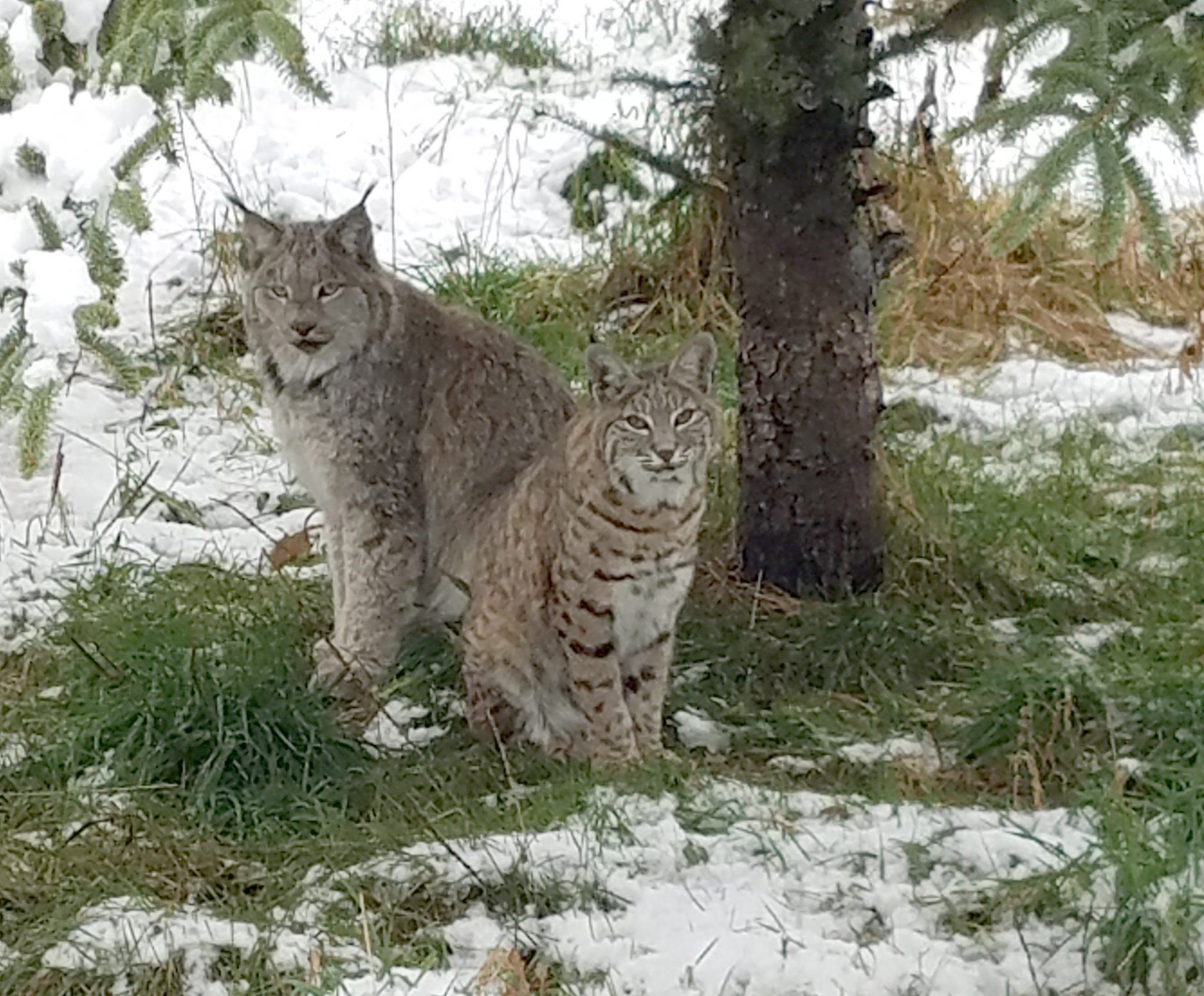 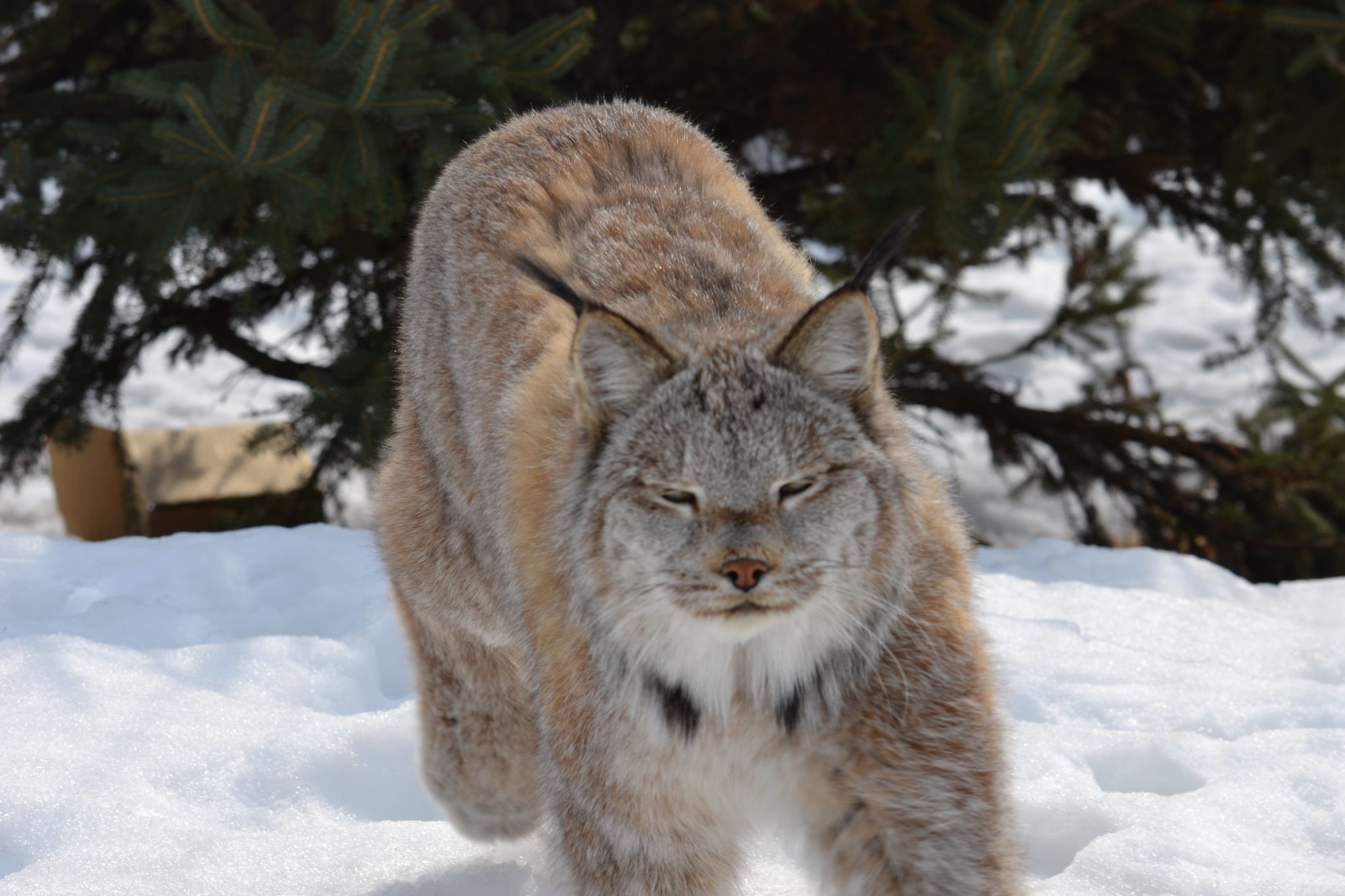 Shalico is a male Canada Lynx who arrived at The Wildcat Sanctuary in 2006. He was about six months old at the time he was surrendered. 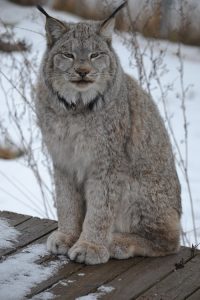 Shalico and his brother proved just how easy it is to buy exotic animals over the internet.  Both were purchased through the internet by two college students from a breeder in Montana.

Once the college student who purchased Shalico realized it was illegal to own him, he surrendered him. Unfortunately, Shalico’s brother had not been surrendered, too.

Instead, his brother was seized by authorities from the other college student. We tried to reunite the two brothers, but sadly never heard back from authorities.

When we called to get a copy of health records, the veterinarian told us the other lynx was very sick and having seizures. Luckily for Shalico, he’s never had any of these health problems.

Shalico’s been a ball of energy since the day he arrived. He found companionship with a bobcat named Morgan. She’s been his little shadow since the day they met, and continues to be his little cuddle buddy.

Their special friendship has been covered by media outlets. Be sure to watch a video of them below. 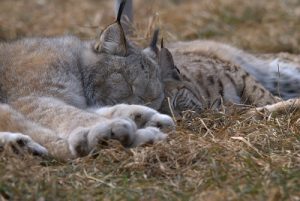 We’d hoped Shalico could’ve lived out his days with his brother, but he’s found happiness living ‘wild at heart’ with Morgan.

His favorite treats are freeze-dried shrimp treats and he loves rolling around in perfume enrichment!

Supporting wild cats for life is an expensive proposition.  The veterinary care, nutritious diet they require, as well as the staff to watch over them runs into thousands of dollars.  Would you consider helping by becoming Shalico’s sponsor parent?

That, or even a one time donation for his care, would make such a difference!  Thank you for your generous support.

I just feel broken.  There is no other way to say it.

I’ve spent the last 13 hours standing next to Shalico counting his breathes and waiting for the slightest response. Before that, I spent 11 hours alongside him in diagnostics and emergency surgery for an intestinal mass.

And I wasn’t alone.  So many talented veterinarians and technicians were right along side me.  No one wanted to give up.  Everyone was trying to give him the chance he needed to return to us.  But he didn’t.

I replay the days and hours back in my head. My rationale side knows clots and aspiration is a risk of any surgery.  It could happen to anyone or any animal, but I keep asking myself why it had to happen to him. At 13 years old, my heart feels like he was cheated of time…..or maybe more so that I was.

His loss cuts deeper than others and my tears keep flowing. Then I have the guilt that my deep hurt for his loss is disrespectful to others that I was able to deal with in a more rational way.

When I tell myself to act like an adult and just “buck up,” then it feels disrespectful to him.

I keep hearing my inner voice and it is just as devastated. Any moment of silence just brings back the sadness and loneliness of him leaving.

This is grief. And I know you have all felt it too.

So how to I move past it?

When I look at the words I have written above, I realize it is all about me. How I feel, how I will miss him. But in reality, it should be about him.

How silly he was and that he acted like a teenager that never grew up.  How bobcat Morgan idolized him from the first moment she saw him – running up to him and cooing and remaining that way for a decade.  How his mews rang across the sanctuary whenever he wanted anything….which was all the time 😊 They were like adolescent tantrums followed by him pawing at the ground or towards what he wanted, and he always got his way.

Shalico has been with us since he was just a few months old.  Purchased off the internet by a college student, the University gave him a quick ultimatum and that’s how he found his way to us.

He was the most gorgeous and sophisticated lynx in the winter with his thick fur coat.  And once that shed in the spring, his lanky and disheveled carefree side came out.

Morgan and he had lived with other cats at the sanctuary, but they were a special duo.  She followed him like his shadow, but also was no pushover. She loved Shalico deeply but is also independent so I think will okay on her own.   And I know I will be too, but for now I just need to feel the sorrow, love the memories and experience the loss.

In Shalico’s last days he brought so many people together. In such a time of sadness, I have also never felt so much love and compassion. Seeing the vet teams in action, the outcry of support from all of you online, to the staff ensuring every cat at TWS still received their personal attention, it made me realize how lucky both Shalico and I are.

His time may have been too short but surrounded by love for every moment is so much more than other animals and humans ever get to experience.  And for that I am forever grateful.

Shalico, may you get everything you want where you are now. Morgan will hold down the fort here until it is time to be together again.

Love you my friend.