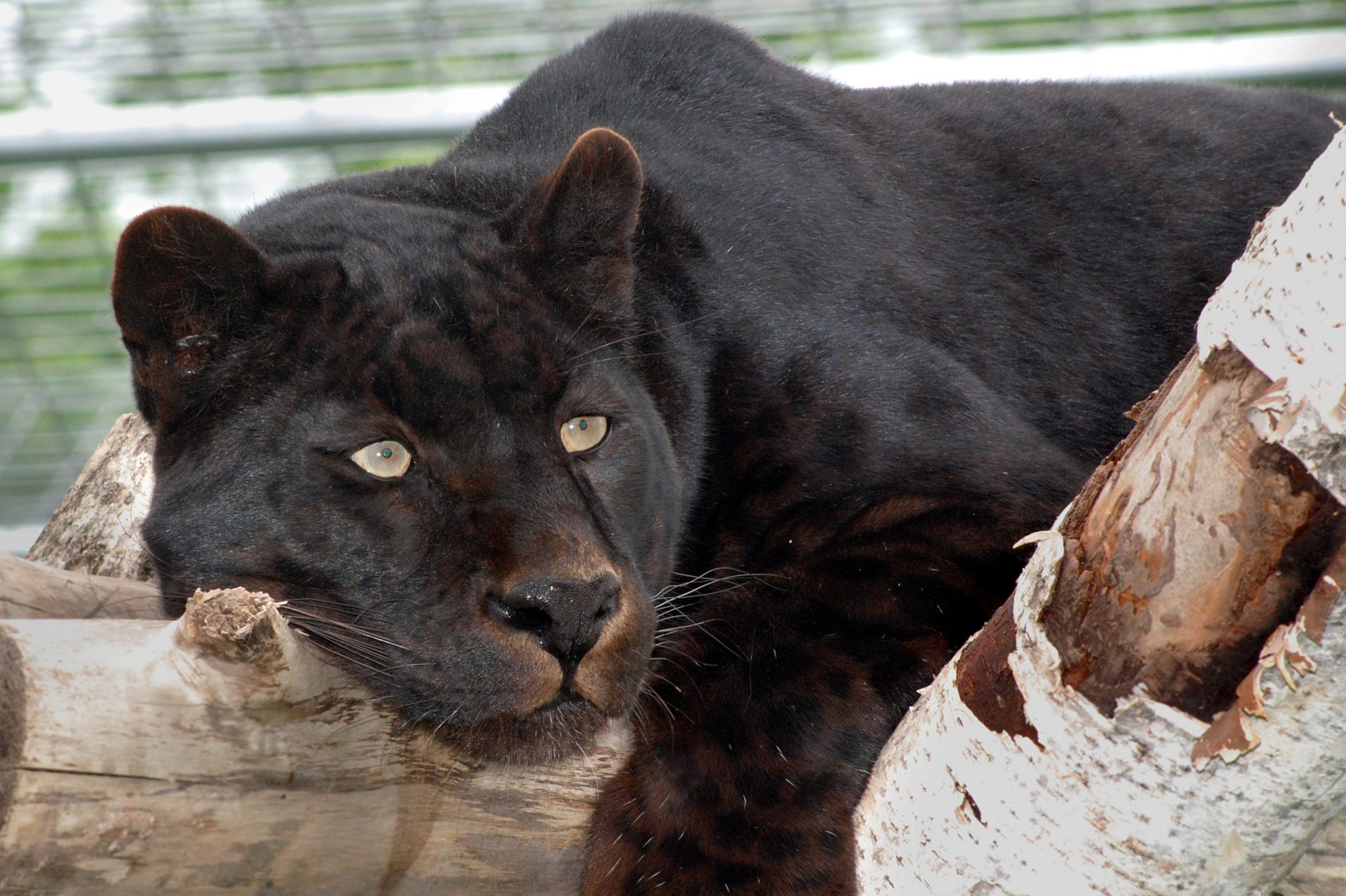 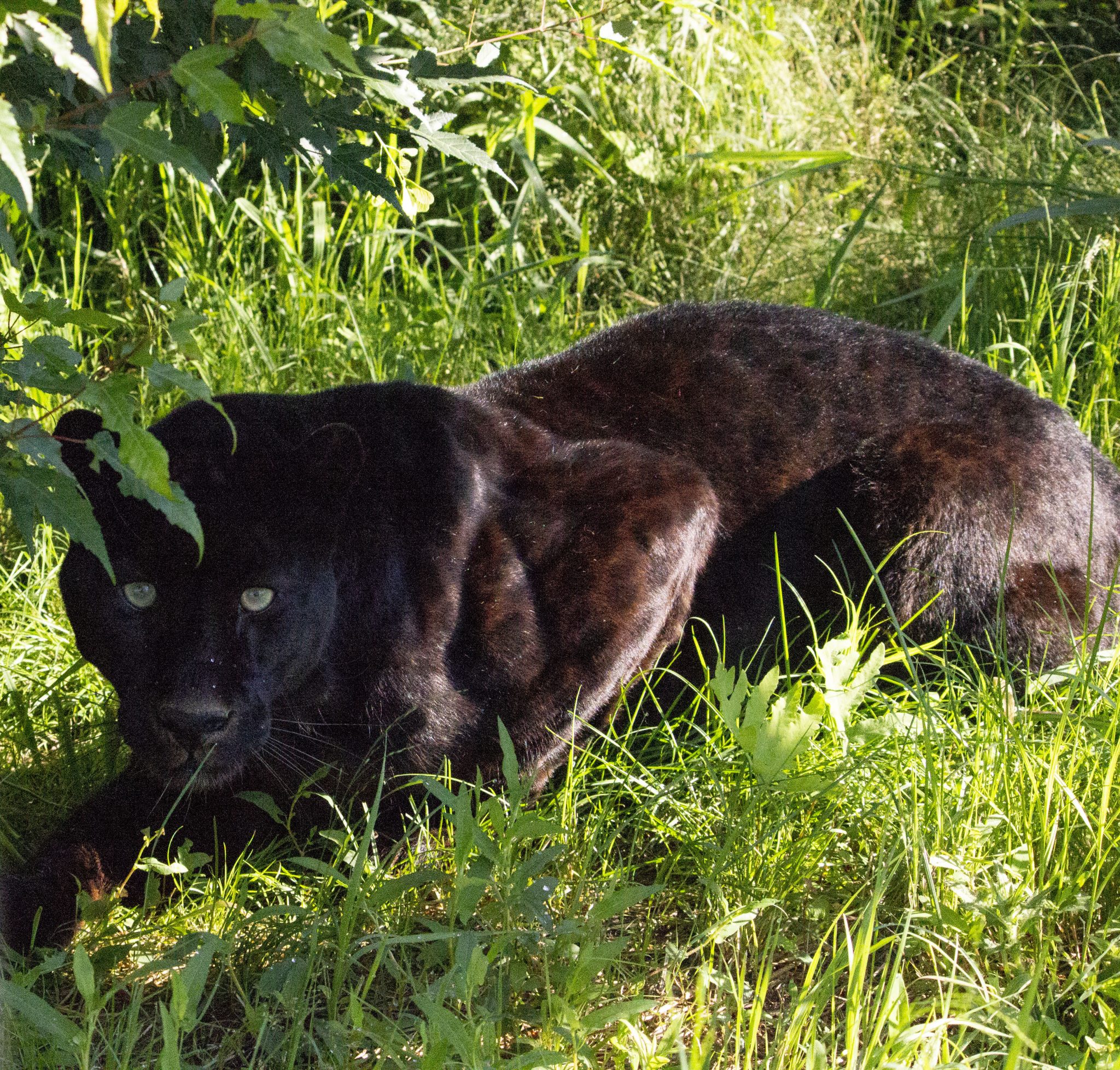 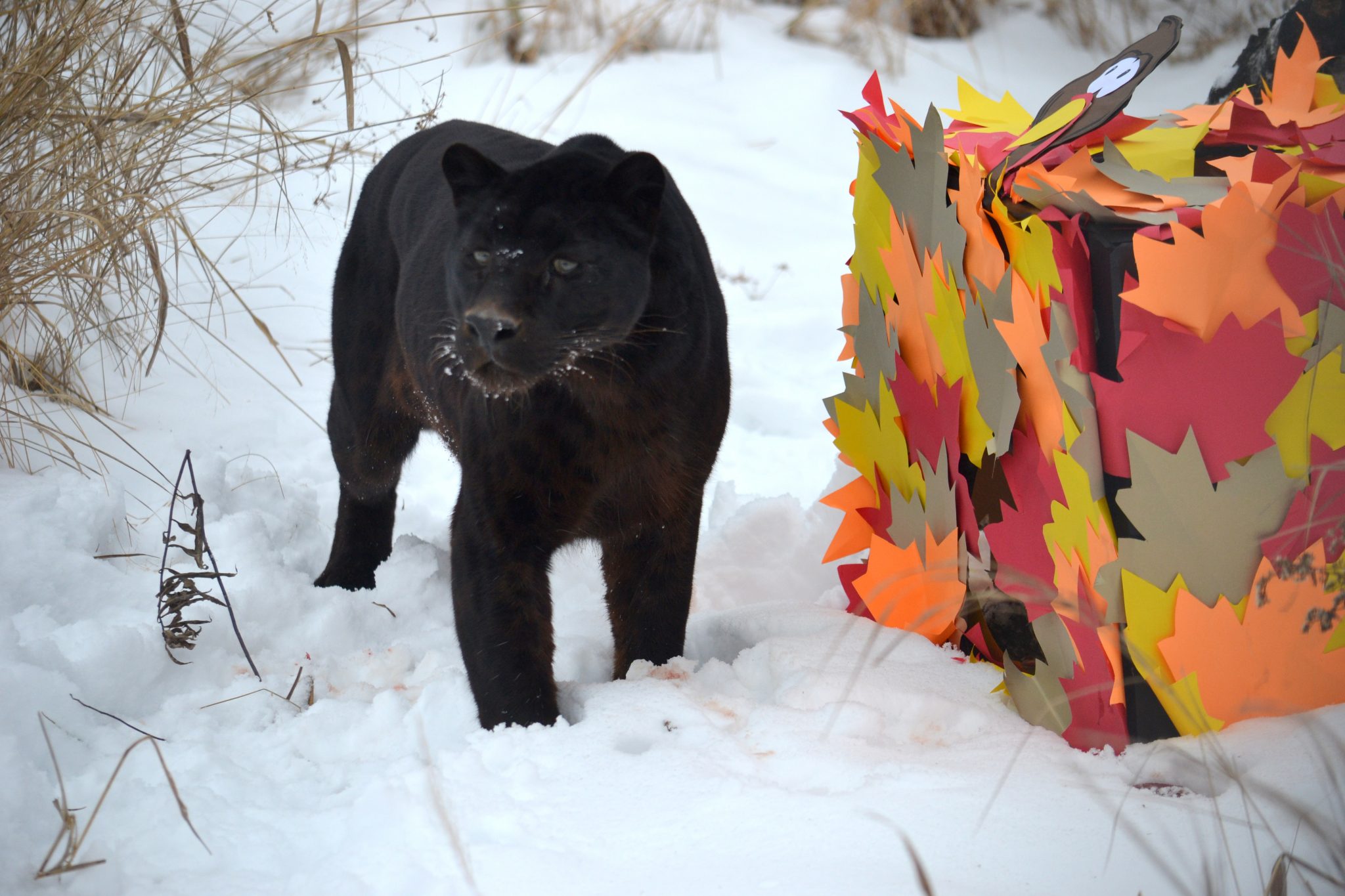 Shazam, a black leopard, arrived at the sanctuary with six other cats in the winter of 2006. He was 4 years old at the time when New York’s Catskill Game Farm, where he lived, decided to close. They were auctioning off their 950 animals to the highest bidder, making east coast and national headlines.

Animal welfare activists worried some of the animals would wind up in the hands of unscrupulous dealers or go to people who run ‘canned shoot’ operations, where hunters pay to shoot fenced-in animals.

Wildlife Watch intervened and negotiated the placement of animals in sanctuaries while others purchased animals to ensure their safety. It was described as one of the largest animal rescues of its type.

When Shazam arrived at the sanctuary, he struggled to trust his new caregivers.  Given his previous living circumstances, we knew it would take time for him to come around.

After receiving positive reinforcement from his keepers, Shazam has nothing but confidence now. He trots happily through his habitat, searching for any new toys or enrichment. He definitely has his favorite caretakers picked out!

Shazam developed a very special kinship with his jaguar neighbor Diablo Guapo. They spent so much time interacting with one another along their shared wall. But Guapo was much older and eventually passed, leaving Shazam to bond with a new friend.

Surprisingly, Nikita the white tigress filled that role. It was heartwarming seeing the two of them develop such a friendship, too.

Shazam is one of over 100 wild cats who call The Wildcat Sanctuary home. Our sponsorship program helps these cats live wild at heart. Would you consider being Shazam’s sponsor parent?

Or even a one time donation toward his care would be very helpful. It’s easy to do using the buttons you’ll find at the top of this page.  Thank you for caring about animals, too.