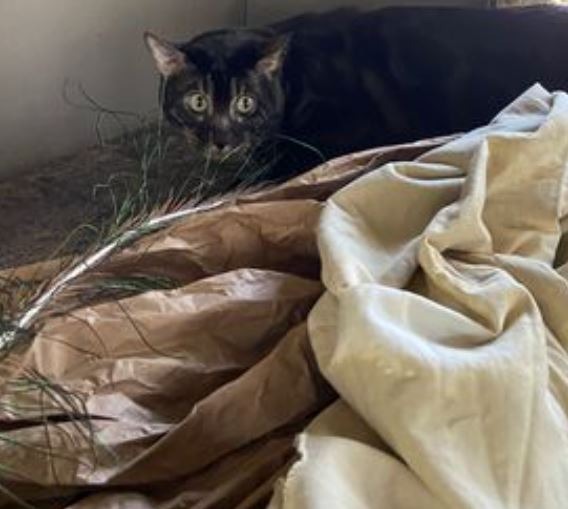 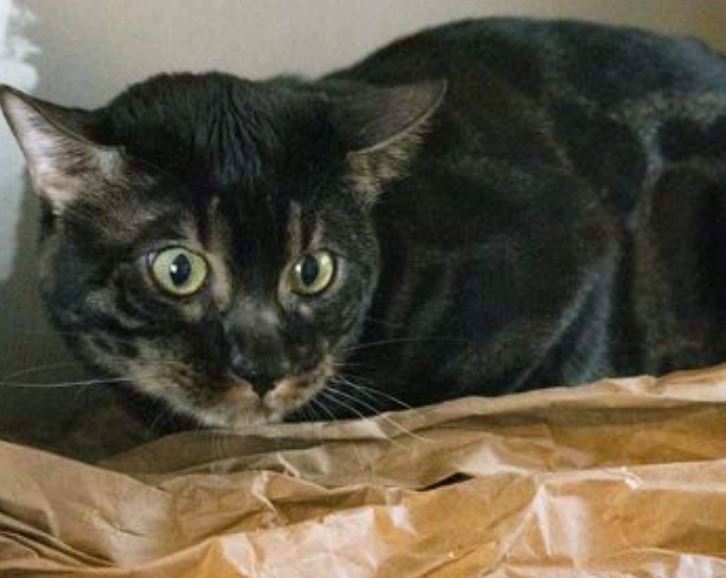 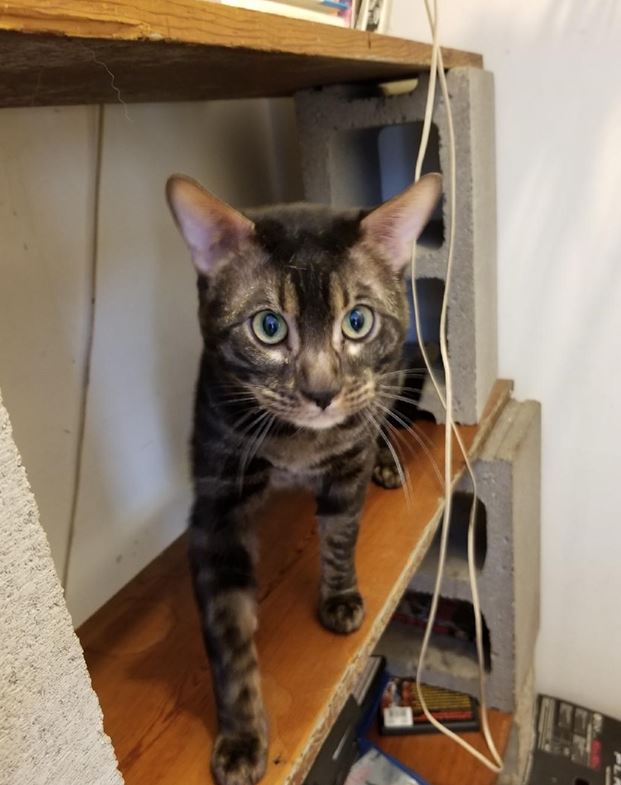 We’ve said “yes” to a very unique situation, one we normally would not have.
Four Bengal cats were purchased, totaling several thousands of dollars, by someone who’d planned on breeding them.
Due to that person’s health issues, the cats ended up with a family member who took care of them for the past year.
The 3 females had been living together – Besty, Dahlia, and Xena.

But since they were all intact, the male, Riku, lived in a room by himself.

Being on his own for so long, it’s understandable that Riku’s pretty scared and unsocialized but he we were told he did rub up upon his caregiver now and then. I’d also been told the cats had received no veterinary care during this time.

Since this was a challenging situation for these cats, I agreed to have all 4 surrendered to our sanctuary so they could get the veterinary care they needed.

We’ve neutered Riku and we’re also working slowly with him to help him get more used to humans.
He’s still very fearful, which is totally to be expected considering he’s in a new place.
We know he will settle in and begin to enjoy his indoor and outdoor area with all the platforms and toys he could dream of.