Residents In Memory Zac – In Memory 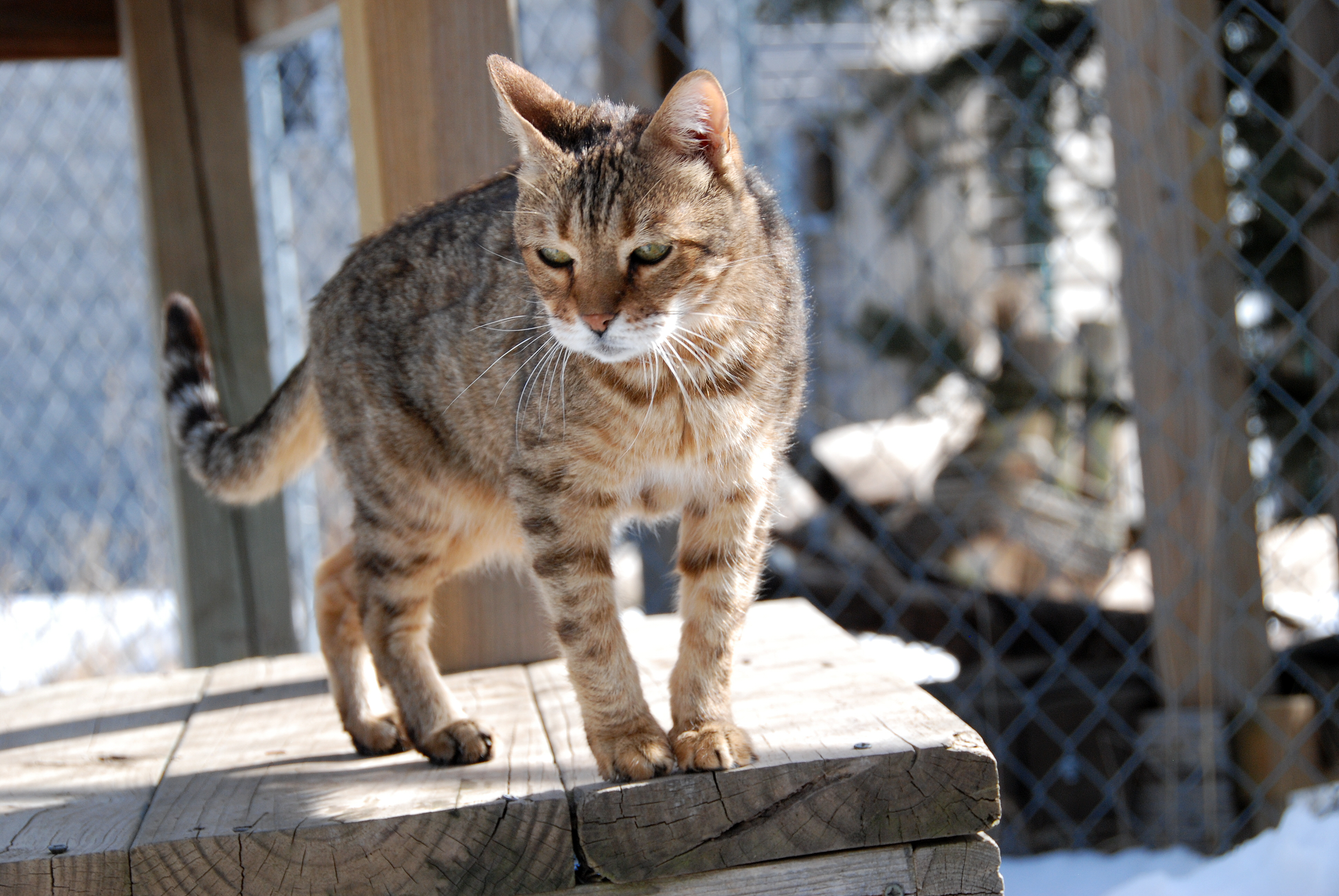 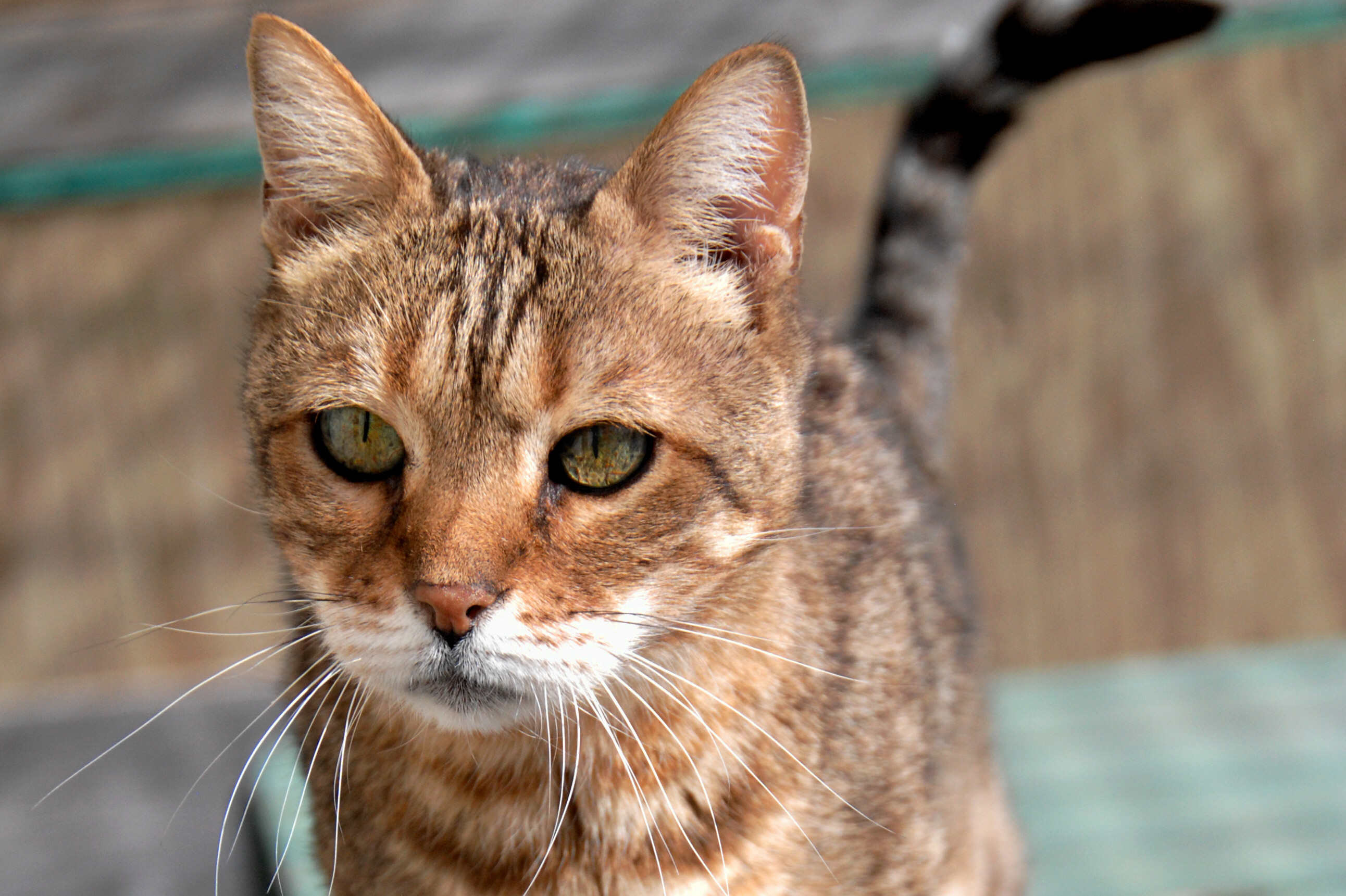 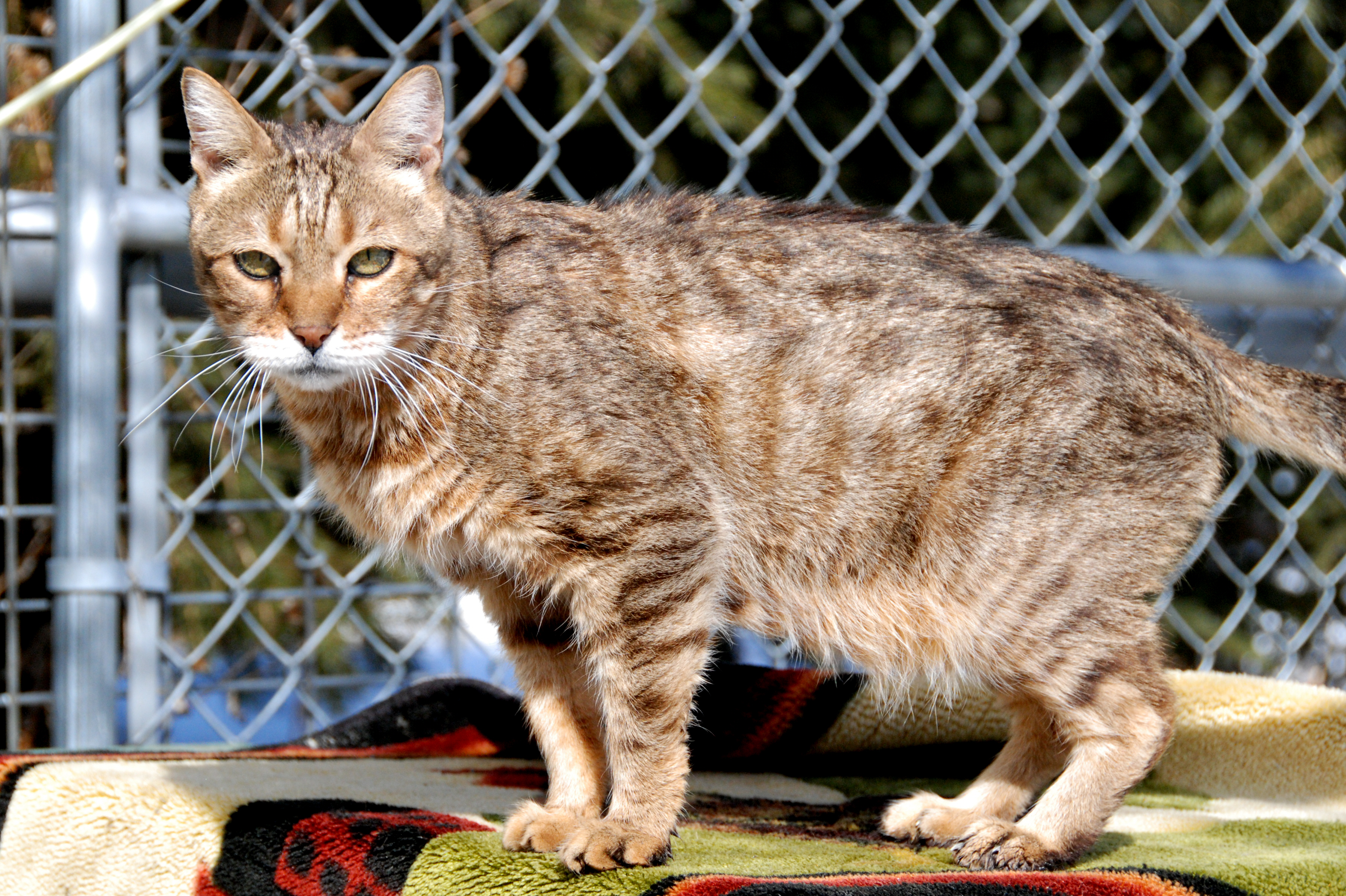 TWS received a call from an owner who needed to surrender Zac for urinating in the house.  So many Bengals are surrendered for this reason, so Zac fit right in here at TWS. 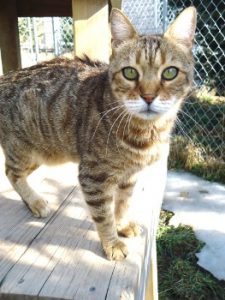 He was born in 2002 and came to the sanctuary in 2007.  Zac is a great addition to the hybrid family.  He’s a very social cat and likes to be around the caretakers when they are in the enclosure.

He even likes to jump onto the shoulders of the caretakers when they’re not looking.  He loves to get a little treat of chicken at the beginning of the day.

Zac went through radiation treatment due to his hyperthyroidism but is doing well since ending treatment.

Zac lives in a bungalow with an indoor and outdoor area complete with perches, hammocks, trees, dens, and even an in-ground pool.  The indoor area is equipped with heat for the harsh Minnesota winters and a fan for the warm summer days.  He lives with several other cats who keep him company and serve as excellent playmates. 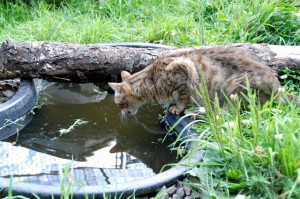 The Wildcat Sanctuary has unfortunately lost another one of our littlest residents this week.

Zac, the Bengal hybrid, was in his late teens, but behaved like a youngster up to his last days. He came to the Sanctuary in 2007 because his owner surrendered him for urinating in the house. Luckily, we were able to give him a home for life.

We knew right away how special Zac was through his loud purrs and rubs. He immediately became best buds with Milo, a jungle cat, and the two were inseparable.

When Milo crossed over the Rainbow Bridge, Zac kept up his positive attitude and gentle demeanor. The great thing about Zac was that he would adapt to loss. Because of his ability to befriend every cat, the love he always had to bestow upon someone was always received.

Zac was quite special in that he just seemed to love everything in life. His habitat was his domain. We liked to call him the “Ambassador Cat” as he made every one of his roomies want to be his best friend. He loved them all and made them feel welcome. 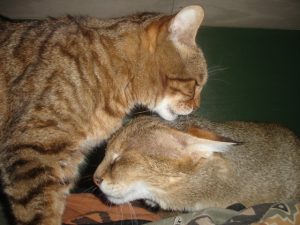 He wouldn’t mind if one grabbed at him when he sniffed their food, he would simply wander off in his merry way. He would even go to the shared wall to make friends with his neighbors.

He was thrilled with every enrichment, large or small, from a specially-created enrichment box to play in to the slightest sprinkle of catnip.  And he would always share.

What made Zac really special to all of the humans who got to know him was how much love he loved to give them as well. He would run to the front of the bungalow anytime someone walked by on their daily tasks and meow loudly to them.

Everyone would stop and have a chit chat with Zac because he could brighten your day in any season.

When caregivers cleaned his bungalow, he would follow them around and rub and talk, as if he was sharing the Ambassador Report with you! He would always look you in the eyes intently, almost as if to ask, “How are you doing today?” and would be so happy that you took the time to share with him too.

Zac was a very strong cat, and made it through some difficult health issues, yet always amicably accepted the care he needed. This week we made the difficult decision to help Zac cross the Rainbow Bridge when he succumbed to lymphoma of the intestinal track.

He purred through to his last breath. We know Milo was there to greet him on the other side.

Sometimes the littlest paws leave the largest impression upon your heart. We will always love and miss you, Zac, but know you are making new friends wherever you go.

“The creatures that inhabit this earth–be they human beings or animals–are here to contribute, each in its own particular way, to the beauty and prosperity of the world.”