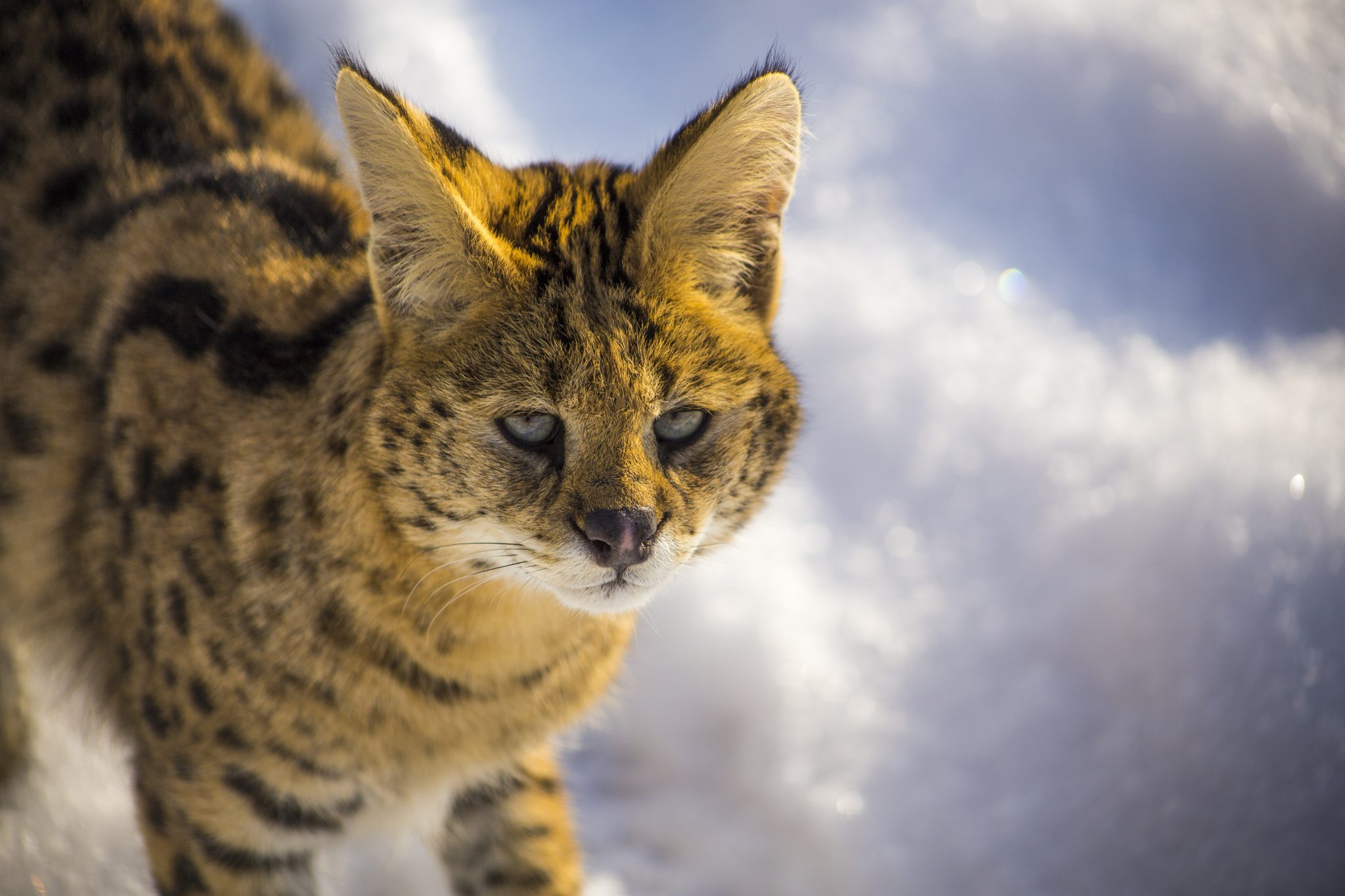 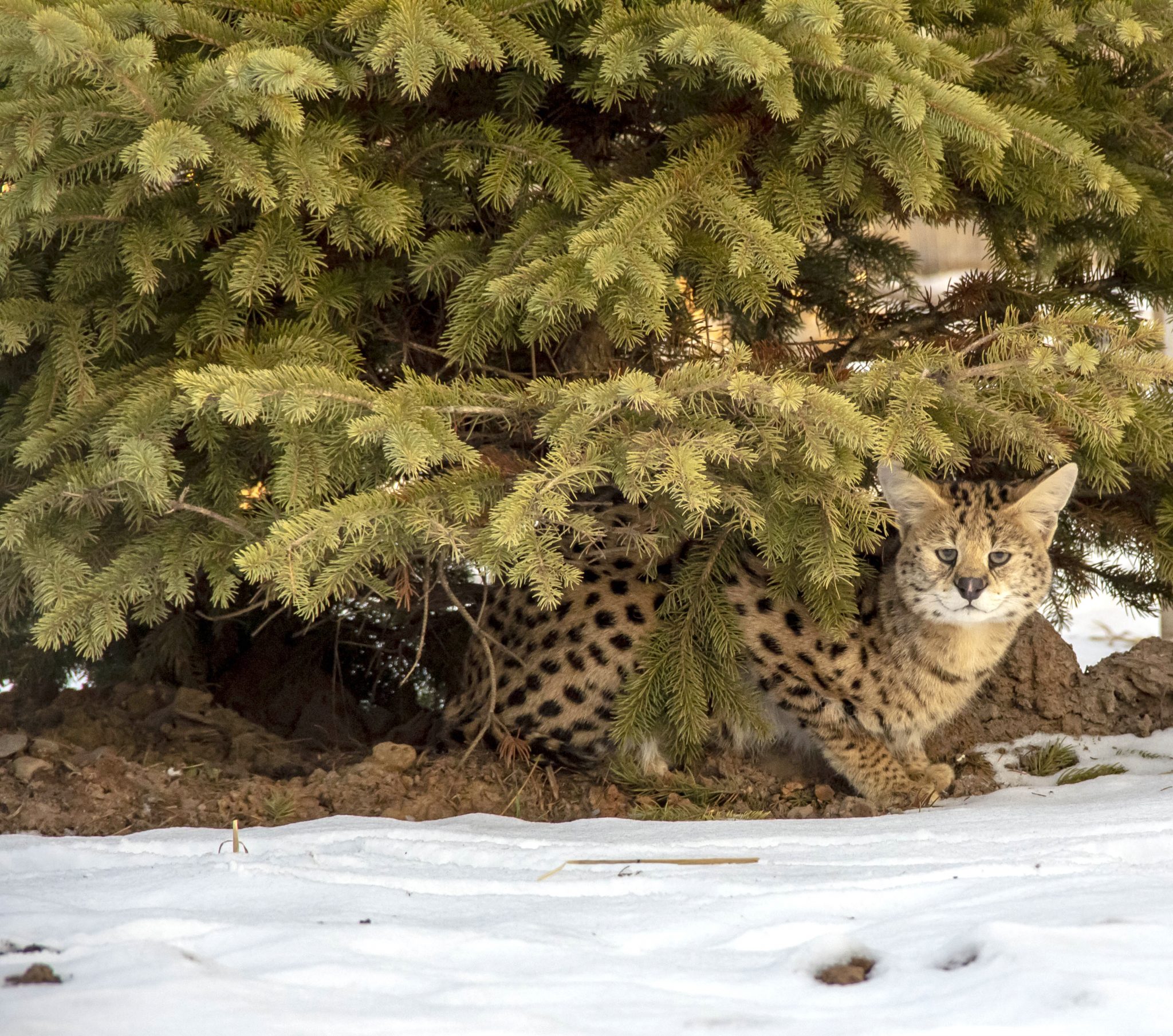 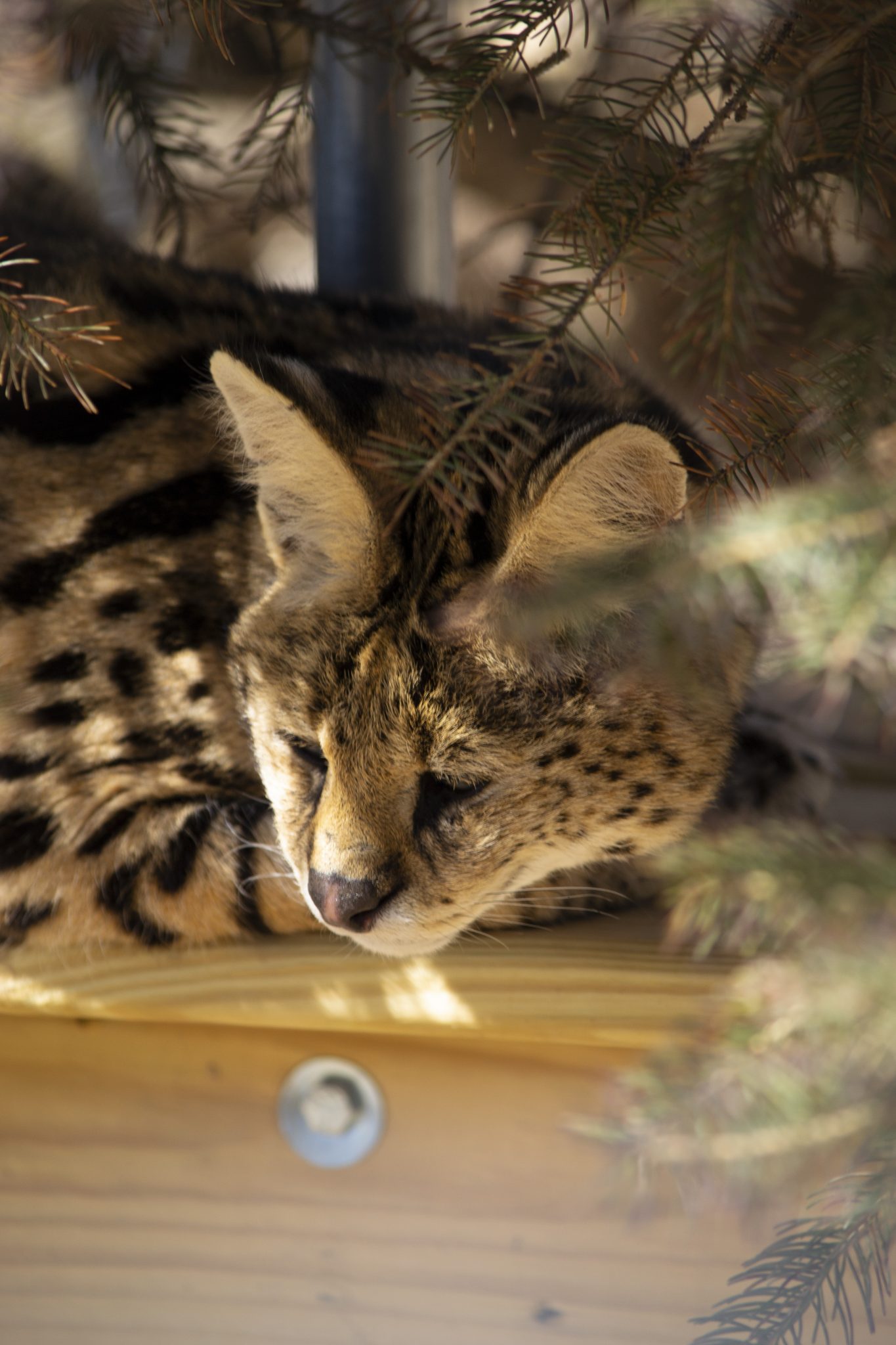 Zambuca is a male African serval who came to The Wildcat Sanctuary in 2018. It was estimated that he was about 4-5 years old at the time. 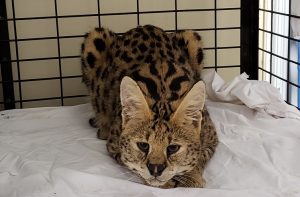 We got a call that 10 exotic cats were in need of rescue after their owner was hospitalized for a drug overdose.  The conditions of the house, from an African serval and nine Savannah cats scratching, defecating and urinating, left authorities no choice but to condemn the house.

Even though we’d just taken in five lions from Argentina, we immediately agreed to help all the cats. Then, we were informed the Savannah cats already had a place to go. But placement was still needed for the serval, who was very frightened and hissing.  No other information was known, including his name.

Zambuca arrived at the Sanctuary still scared and unsocialized.  But, he appeared in good condition and had a healthy appetite.

We are very glad we could help this boy. His world was just turned upside down.  We named him Zambuca, after the very first African serval our founder ever met.  It’s a strong name and will fit him perfectly once he gains his confidence back. 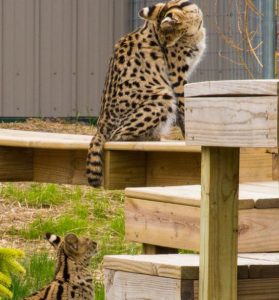 At the time, we were renovating the Wildcat Pines section of the sanctuary. Zambuca was able to move into a brand new habitat built with catwalks, caves, trees, and places to hide and stalk from.

As he’s settled in and become less timid, we’ve been trying a merger with him and other servals. We know that, in time, he’ll enjoy companionship of his own kind. With all he’s been through, he deserves that and the chance to live wild at heart.

Caring for a wild cat for life – even a medium sized wild cat like Zambuca – can be very expensive. Our sponsorship program helps support the cats and allows you to form a special bond with them. Would you consider being Zambuca’s sponsor parent?