The top 5 differences between jaguars and leopards

Having two big cats here at The Wildcat Sanctuary that are both black means people are always getting them confused.  Though one is a black leopard, Shazam, and one is a black jaguar, Diablo Guapo, it’s often hard for people to be able to tell them apart. And, to add to the confusion, Shazam and Diablo Guapo also happen to be best buddies!

They’ve enjoyed being next door neighbors here for many years now.  They don’t live together in the same habitat since there’s a big difference in age.  While Diablo Guapo is a geriatric cat that was declawed by a previous owner, Shazam is a fully clawed, much younger and very energetic cat.  “Good fences make good neighbors,” as the saying goes.

So, what are the differences between a jaguar and a leopard? How can you tell them apart? 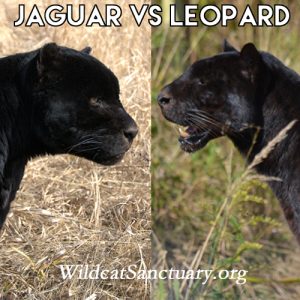 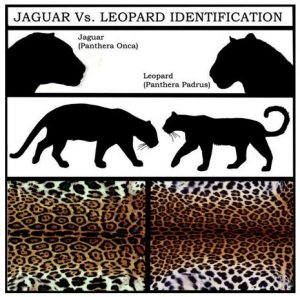 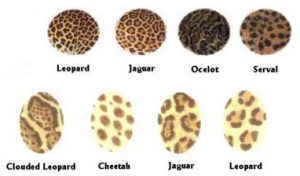 The leopard is considered the smallest of the four “big cats.” The other three are the tiger, lion, and jaguar. 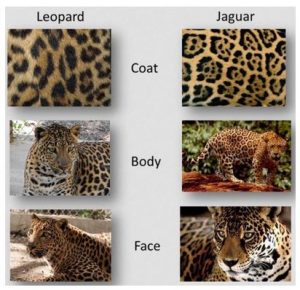 Jaguars and leopards can both swim very well.  Though jaguars love to spend time in the water, leopards will avoid it.

Jaguars are braver than leopards when it comes to facing off with another species that’s bigger.  Leopards tend to shy away at the sight of a bigger animal like a lion or hyena while jaguars will boldly stand their ground or even attack anaconda or large caimans in their native habitats.

In the wild, jaguars and leopards inhabit totally different continents.

The jaguar once roamed from Argentina in South America all the way up to the Grand Canyon in Arizona.  Today, jaguars have been almost completely eliminated from the US and are endangered throughout their range, stretching down to Patagonia in South America.

On the other hand, leopards are found throughout most of Africa and Asia, from the Middle East to the Soviet Union, Korea, China, India, and Malaysia. 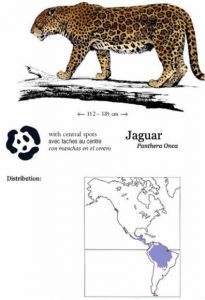 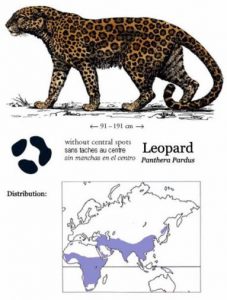