What ever happened to the highly publicized case of Como the white tiger? 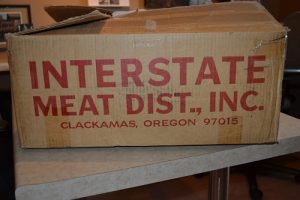 This morning, I entered my office to find a large cardboard box with the words “Interstate Meat Dist., Inc.” on the side. It stopped me in my tracks.  As I approached, a wave of emotion came over me.  One so strong, it made my heart heavy, made it hard to breathe and my pulse began to race.  Just thinking about it brings me right back.  As I write this, it’s hard to swallow. I find I’m holding my breath and holding back the tears for this white tiger that meant so much to me.

How powerful is this box and what’s in it?  Why was I feeling this way?  Over the years, we’ve received dozens of offers for donated wildcat mounts and pelts from estates and other sources. So why, when this box arrived, did it feel so personal and painful?  I couldn’t explain it.

I asked our office manager to come into the office and open the box with me. She could see I was wrought with emotion. I fumbled with my words but got out, “Sorry, I’m so emotional. I don’t know why, but I feel connected to whomever is in this box.  I feel like he/she means something, that I might know this animal.” When we opened the box, I was shocked.  It wasn’t a lynx or even an orange tiger pelt.  It was a white tiger pelt.  I only had to see a corner to know.  I began crying.  I did know this tiger and it brought me back 16 years into the past.

I Knew This White Tiger

It was Como, the white tiger from a case I worked on years ago, a case that changed my life. Now after all this time, a law firm found him in a storage room and decided to send him to The Wildcat Sanctuary for education, not having any idea of my connection to him.  Working o 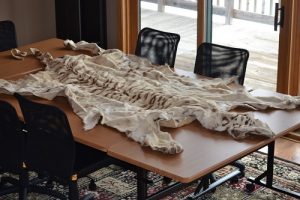 n this case was my first experience into the true captive wildlife crisis and the illegal trade in animal parts. And once you’ve learned the sad truth, you can never unlearn it.

I sat there dumbfounded.  I knew it was Como, yet I had no way to prove it.  I just knew in my heart.  Como was a white tiger that lived at a pseudo sanctuary/roadside zoo in Racine, MN.  The park was called B.E.A.R.C.A.T. Hollow and was run by Ken and Nancy Kraft. To the public, they promoted it as a Sanctuary, but that was far from the truth.  They bred, sold, bought and leased animals.  They even ran a second operation on the same property called Kraft Escapades that sold live and dead tigers.

Como in the Headlines

Como, this white tiger, made the headlines years ago when he got out of his small cage, grabbed a young girl by the shoulder and dragged her several feet.

I began to read the old news stories and it felt like the case was just yesterday. I got involved wanting to end the breeding for the pet trade, but soon learned the Krafts were in much deeper and more dangerous wildlife operations than just selling to the pet market.

As the public pleaded to save Como the white tiger from being destroyed, the park became popularly supported by the media.  The incident had distracted people from knowing the ugly truth – that hundreds of animals were traded, killed and skinned for profit by the same so-called Sanctuary and owners.

The Wildcat Sanctuary offered to help and provide a home for Como. The state ruled, unless the young victim received a series of rabies shots, Como would be destroyed and tested for rabies.  Como’s life was not spared.  And he was not the only one.  Allegations were made that the Krafts purchased another white tiger and submitted that one for destruction and testing first.  So not only Como, but another tiger possibly lost his life.

So, how could I prove this shell of a tiger in front of me was Como.  And why was I so determined to know?  It’s because no tiger should be bred to be kept in a roadside zoo or sold as a pet.  Sentenced to life in captivity, Como was killed for being a tiger.  Then, he was skinned and kept in a box for years. 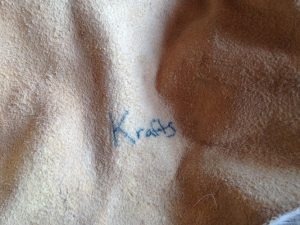 He deserved justice. He deserved respect. His story needed to be told again.

I still couldn’t bring myself to remove Como from the box myself.  One of our caretakers helped.  Seeing Como again this way was heart wrenching. They had preserved the skin on the head, whiskers, even the pads on his feet and back claws.  His front feet had been declawed, but the pelt even had the sad regrowth we see in poorly declawed captive cats. And then there it was.  Boldly in front of me, written in a marker was one word. But that’s all I needed.  It said, “Krafts.”

A federal grand jury in Minneapolis handed down a 55-count indictment against the Krafts and seven out-of-state people, alleging illegal trafficking in wild and exotic animals, including tigers, grizzly bears and leopards. The indictment alleged that Kenneth and Nancy Kraft tampered with witnesses, falsified paperwork, sold dead and alive animals, conspired to sell and buy more than $200,000 in endangered or threatened animals in interstate commerce from 1999 to 2003, even as they solicited donations and memberships to their rural zoo, B.E.A.R.C.A.T Hollow. The indictments grew out of a probe that began when Como attacked the child in July 2001 at the Kraft’s animal park.

Como was just one of many tigers that suffered at the hands of B.E.A.R.C.A.T. Hollow.

Lilly, the tigress, was born in 1996 and came to The Wildcat Sanctuary in 2006 after her owner was tragically killed by another tiger, Tango.

Lilly was severely underweight and suffered frostbite on her ears and tail. The Wildcat Sanctuary was informed by authorities that Lilly had come from YOR Exotics, where she was found as the last surviving tiger a few years earlier. In order to survive there, Lilly had consumed her cage mates after they had passed away from starvation.  The owner of YOR exotics had purchased her from B.E.A.R.C.A.T. Hollow after she had been leased out for exhibits when she was just a cub.

Ming was a young tiger, approximately three years old and weighing 425 pounds at the time of his capture in October 2003. 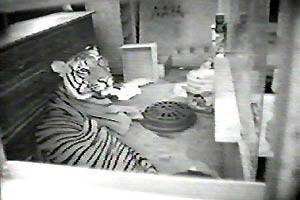 He lived inside a five-bedroom apartment on the fifth floor of a large public housing complex in Harlem, New York.

Yates purchased Ming at eight weeks old from the B.E.A.R.C.A.T Hollow Animal Park. Records indicate that they had previously sold a lion cub to owner Yates, but Yates found another home for the lion prior to his mauling by Ming.

Ming’s existence became known and reported in the media when Yates went to the Harlem Hospital Center emergency room on September 30, 2003 after being bitten on the arm and leg. 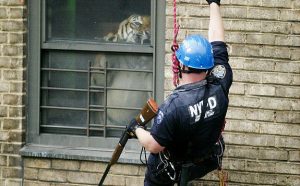 Policemen went to the apartment to investigate and heard loud growling inside. The officer avoided entering. Another police officer was sent to the roof and lowered himself on a rope to peer in through the apartment’s windows. Ming attempted to attack him, nearly breaking through the window, frightening the officer. An animal control team was then sent into the apartment and anesthetized the tiger.  Ming was placed at a non-accredited facility in Ohio.

This seemingly innocent, family-run roadside zoo was in the center of the wild animal trade.  The public never knew and unsuspecting families patronized them every weekend.  Sadly, their pseudo-sanctuary isn’t the only one in our country – even today.

Once I tell this story, I can finally put Como to rest.  He, along with all the other donated pelts, receive the same respect and freedom as our residents. He will be cremated and his ashes will be spread across wildlife land where he will spend the rest of forever – free as he was meant to be.

Como, Lilly, and Ming – your stories will not be forgotten.

I invite you all to join me in the fight to end the captive wildlife crisis!  Your support can create a better world for captive wild animals. Please share.

This story is the opinion and personal experience of Tammy Thies.